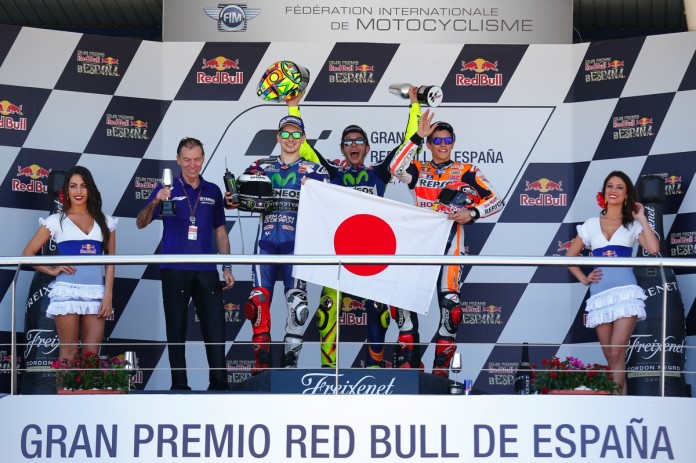 MotoGP kicked off its European leg of the 2016 season on a high note with Round 4 in Jerez, Spain last weekend. The Spanish GP in Jerez celebrates its 30th anniversary lat weekend and hosted a record number of spectators surpassing the 200,000 mark. 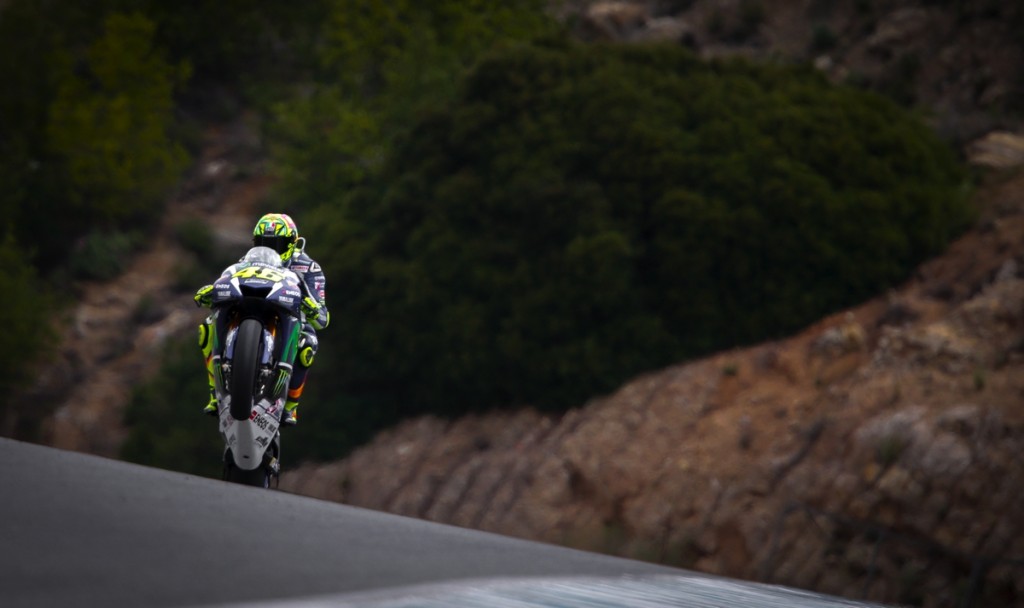 The weekend began strongly for the Movistar Yamaha Factory Team after reigning world champion Jorge Lorenzo dominated Friday practice session. But Saturday’s Qualifying belonged to his teammate and bitter rival Valentino Rossi after the Italian scored his 52nd career pole position. Lorenzo had to settle for second whilst fellow countryman and Repsol Honda rider Marc Marquez qualified up third on the grid. 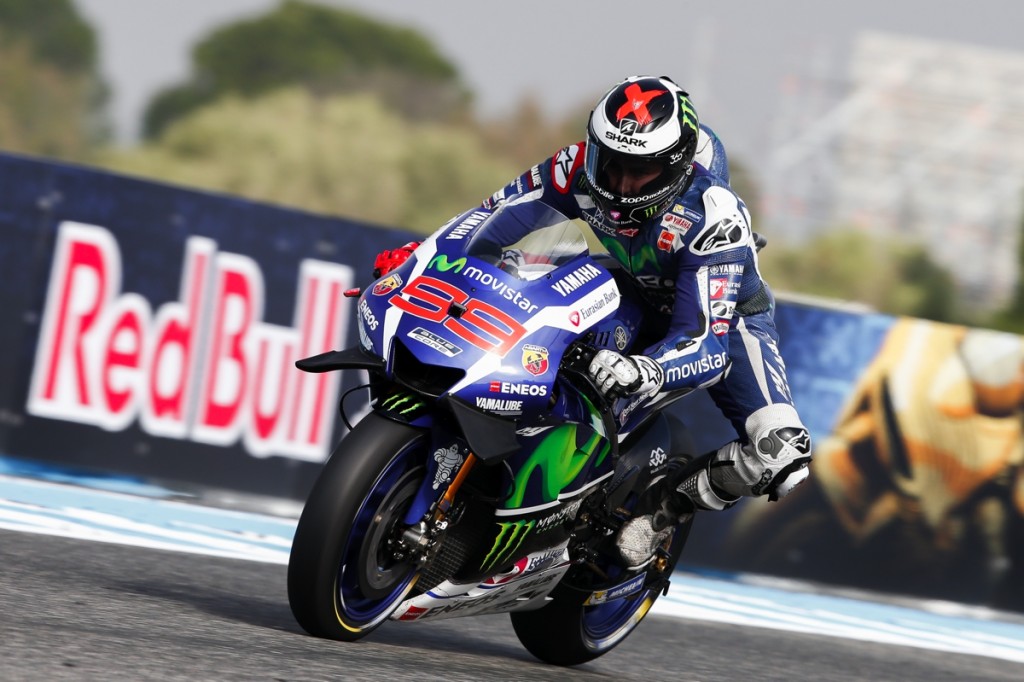 Sunday saw Rossi able to convert his pole position start into the race lead easily, but Lorenzo was keen to shake things up with his advances in the opening laps. But it didn’t take Rossi long to assert his authority over the race, with the Italian leading from start to finish from then on. 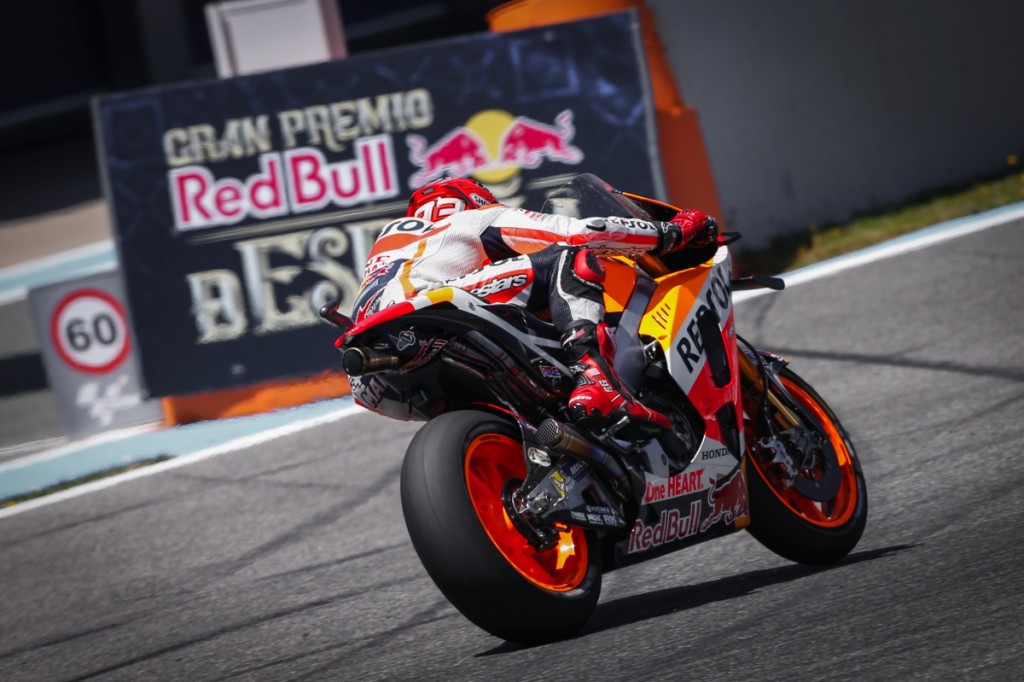 With a comfortable gap of 2.386 seconds over Lorenzo in second place, Rossi went on to clinch his record 113th career grand prix win – his 87th in the premier MotoGP class. Repsol Honda’s Marquez settled for third and finished 7.087 seconds behind Rossi. 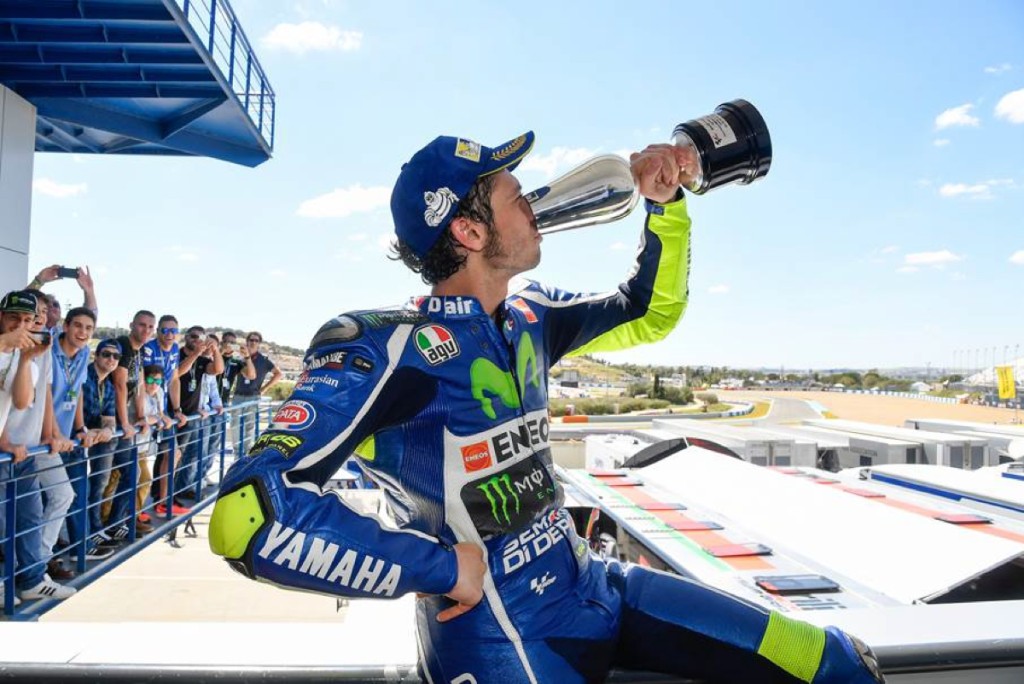 The feat saw the Italian superstar proving all his doubters wrong and confirmed his intent for the title race this year. More importantly, this was a sweet vindication for Rossi after crashing out early in the previous race held in Austin, Texas.

With two race wins and two third place finishes, Marquez still leads the championship with 82 points. However, Lorenzo has injected some life in his title defence with his second place in Jerez sees him rank second with 65 points. Rossi, on the other hand, ranks third with 58 points. 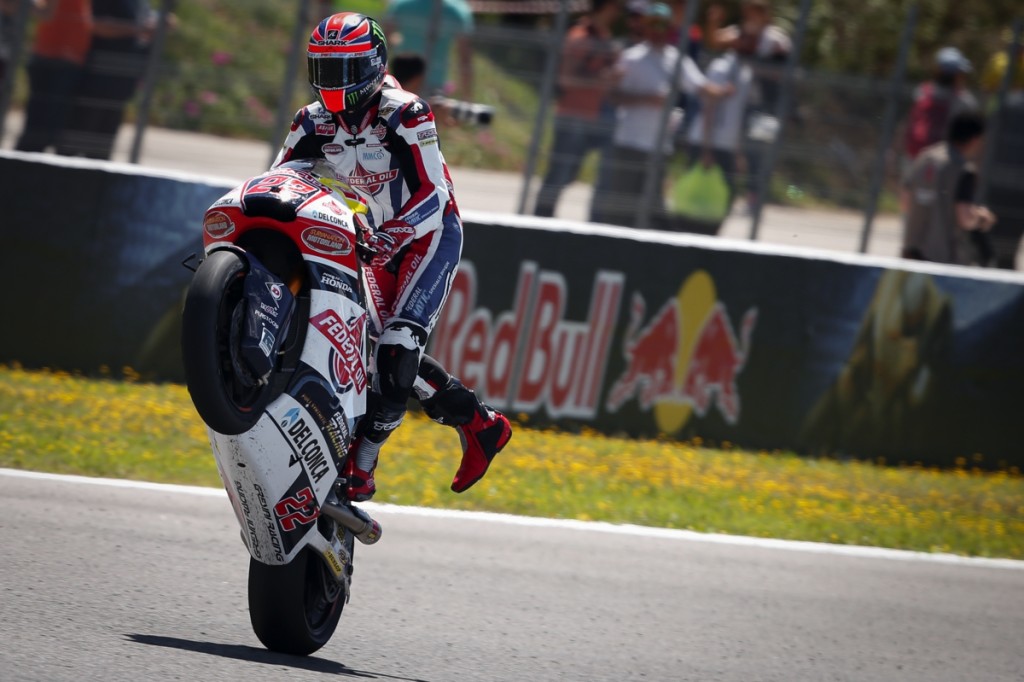 Also fuelling the excitement for the weekend was the close racing of the supporting Moto2 race. Taking a well-deserved victory was British rider Sam Lowes astride the Federal Oil Gresini Team’s Kalex bike. Lowes weekend began strongly as he dominated practice on Friday and scored pole position on Saturday. 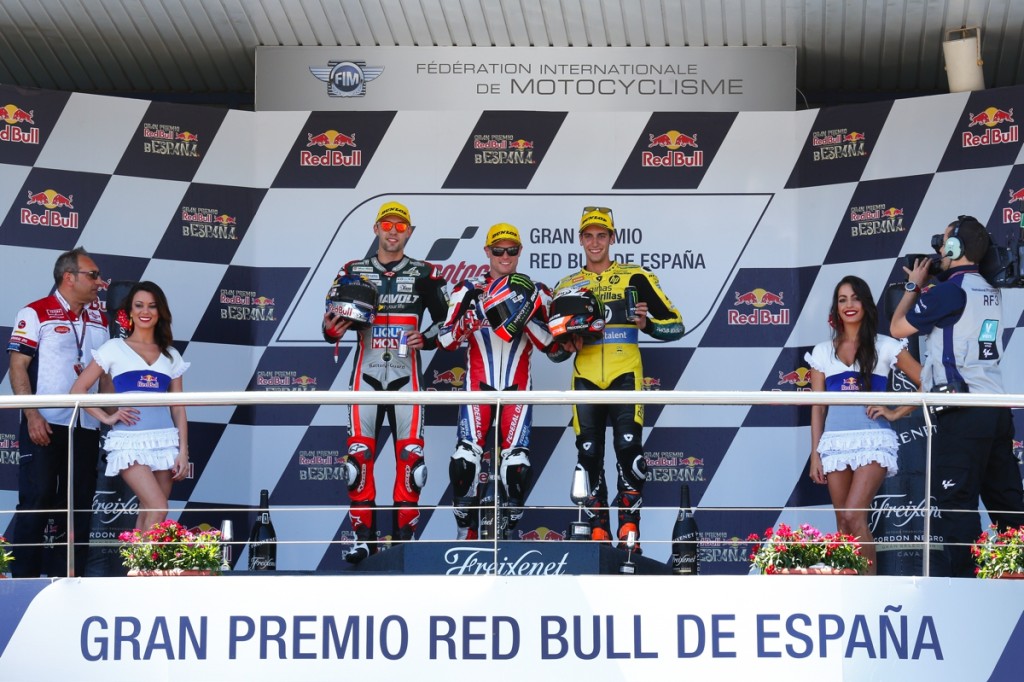 With defending class champion Johann Zarco struggling, Lowes’ only challenger was German rider Jonas Folger astride the Dynavolt Intact GP Kalex machine. Folger managed to steal the race lead for a brief moment, but a mistake left the door open for Lowes to charge ahead and eventually take the win, keeping Folger at bay in second whilst Spaniard Alex Rins astride the Paginas Amirillas HP 40 Kalex took the final podium spot by finishing third. 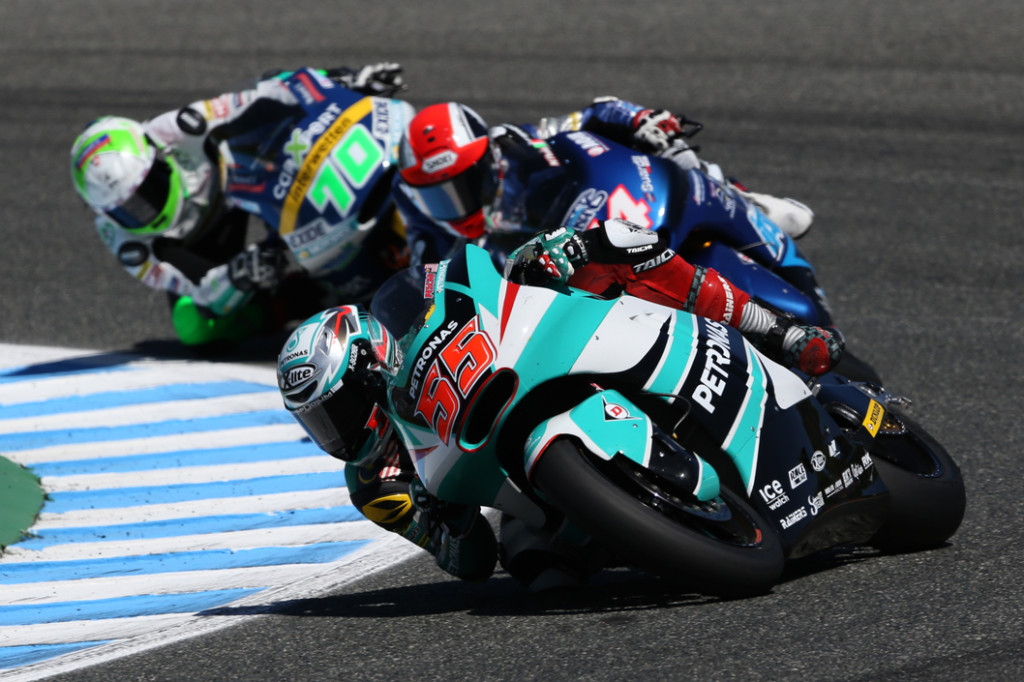 Malaysian rider Hafizh Syahrin was dealt with a challenging weekend in Jerez astride the Petronas Raceline Malaysia Kalex machine. Having qualified 24th, Hafizh was able to pick his way up the order on raceday to finish in a respectable 11th place and collected some valuable points. Hafizh currently ranks 8th in the standings with 28 points. 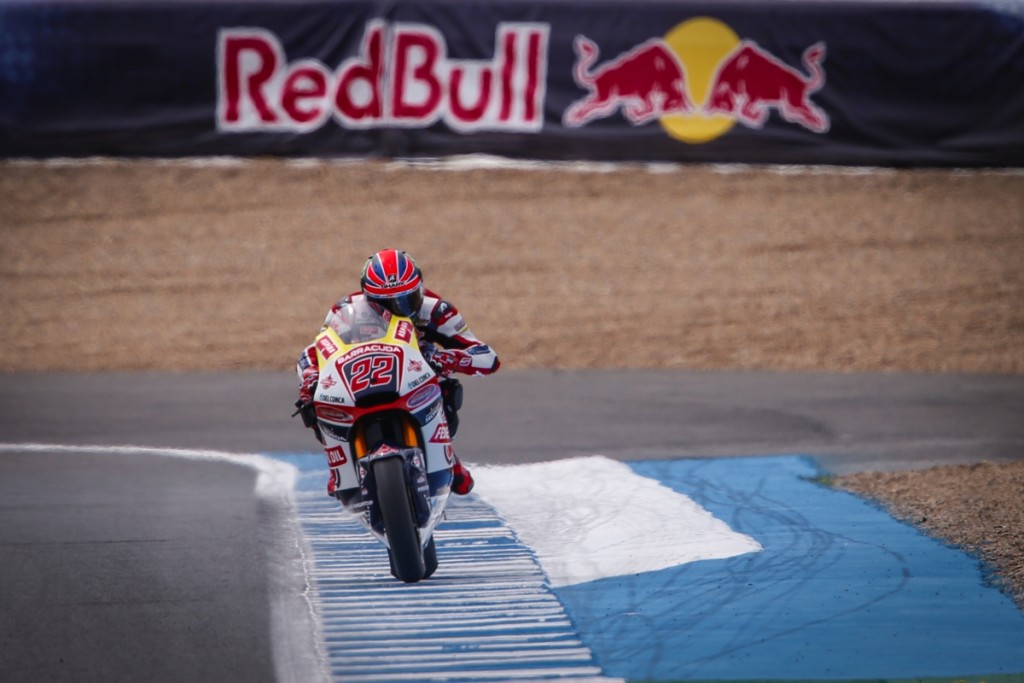 With his race win, Lowes leads the Moto2 standings with 72 points, giving him a good 10-point advantage over Alex Rins in second and further 16 ahead of defending champion Zarco in third. 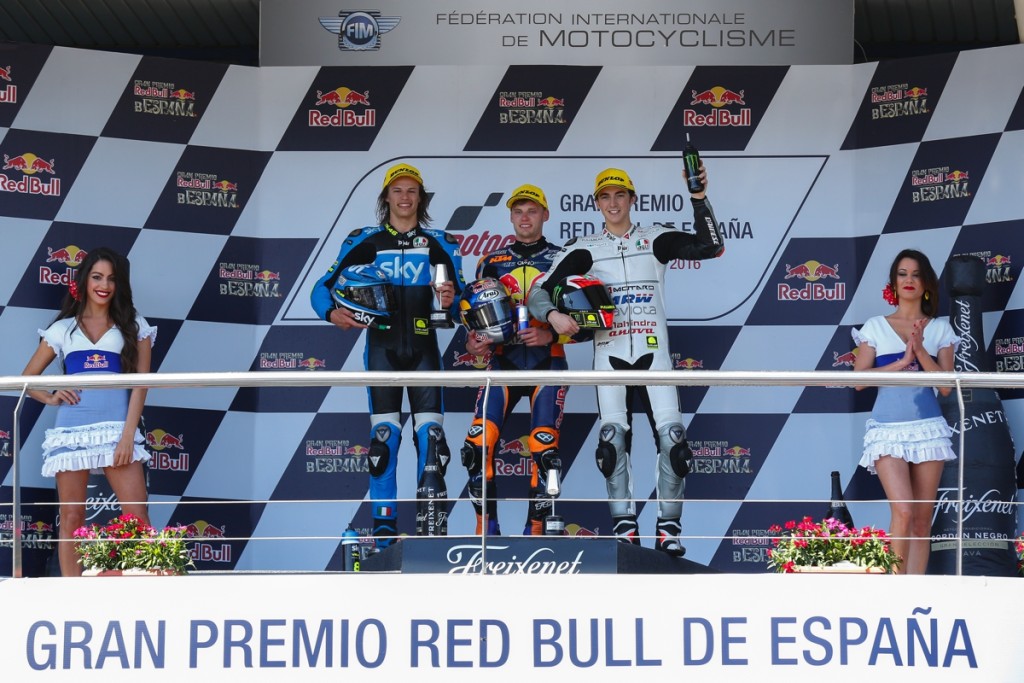 Last but not least was the highly volatile World Moto3 race. Drama ensued even before the start as second place qualifier Brad Binder was penalised after a mistake by the Red Bull KTM Ajo team mechanics led to a technical infringement, relegating the South African rider to start from the back of the grid. 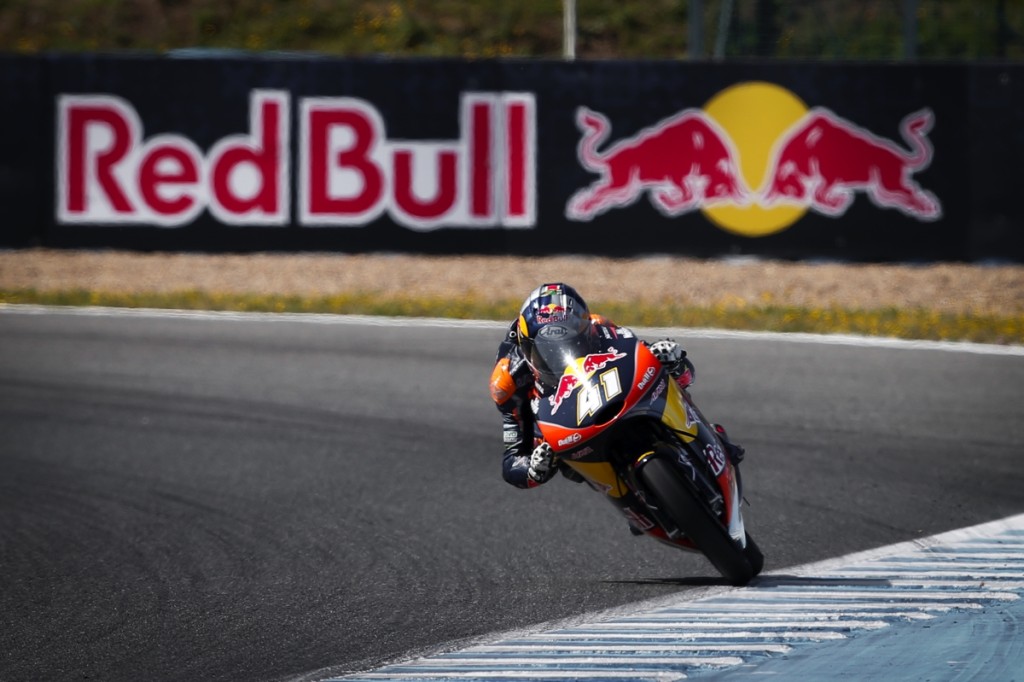 Another drama during the start came when Nicollo Antonelli’s Ongetta-Rivacold Honda machine stalled on the grid after the warm up, forcing him to start from the pits and delaying the start slightly. But all eyes were focused on both the lead group at the front and at the rear on Binder. 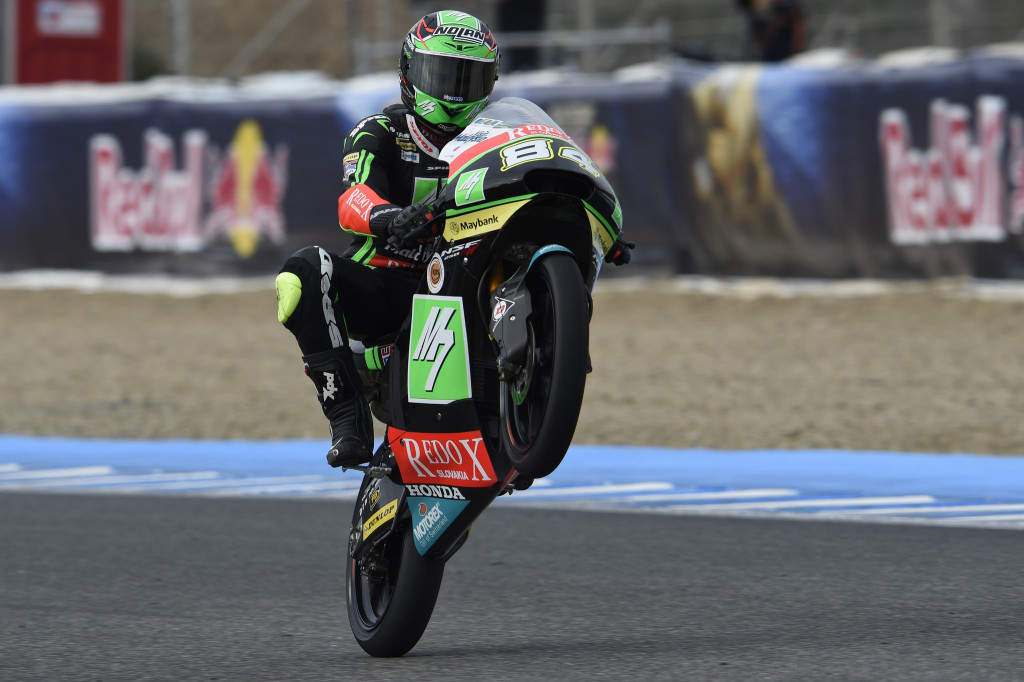 Binder’s was able to perform a sensational start, and it didn’t take the South African long to get into a rhythm that was only best descrbied as phenomenal. Binder picked his way up the order lap after lap, eventually reaching the lead group of four bikes by Lap 8. 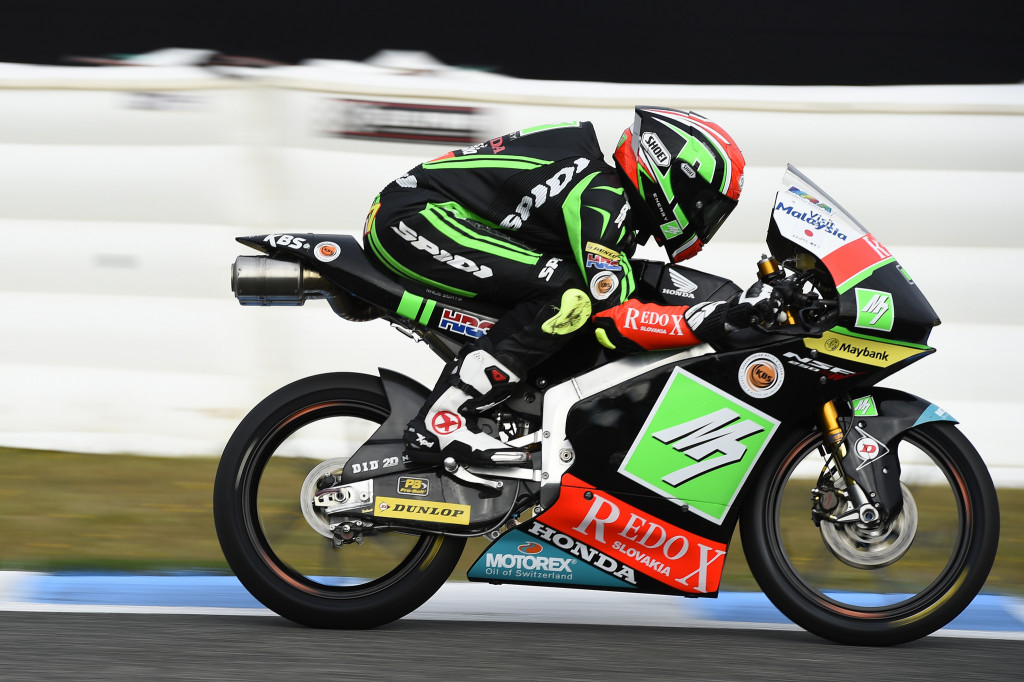 Behind the lead group, there was a five-way battle for fifth that brewed throughtout the race. But it was Czech rider Jakub Kornfiel astride the Malaysian Drive M7 SIC Racing Team’s Honda that took the prime position and collected precious championship points too. His Malaysian teammate Adam Norrodin, on the other hand, settled for a 16th place finish having struggled with the tyres. Malaysian rider Khairul Idham Pawi fared better astride the Honda Team Asia machine and scored points by finishing in 14th place. 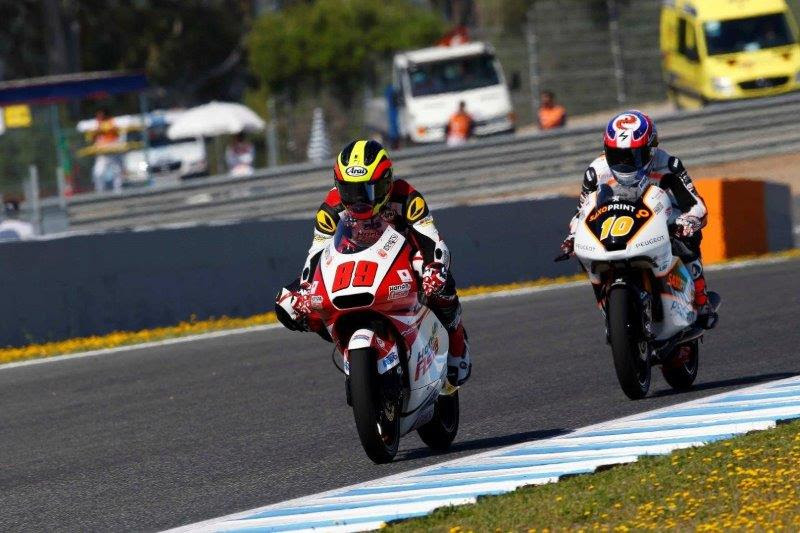 South African Binder however, still leads the standings with his score of 77 points – 15 points clear of Honda-powered rival Jorge Navarro in second with 62 points. Italian rider Romano Fenati sits in third with 47 points.

Round 5 – Le Mans, France
Next, MotoGP heads to the iconic French circuit of Le Mans for its fifth round of the season. Round 5 in France is scheduled to take place from May 6 to May 8. Round 6 takes place a fortnight after that in Mugello, Italy from May 20 to May 22.