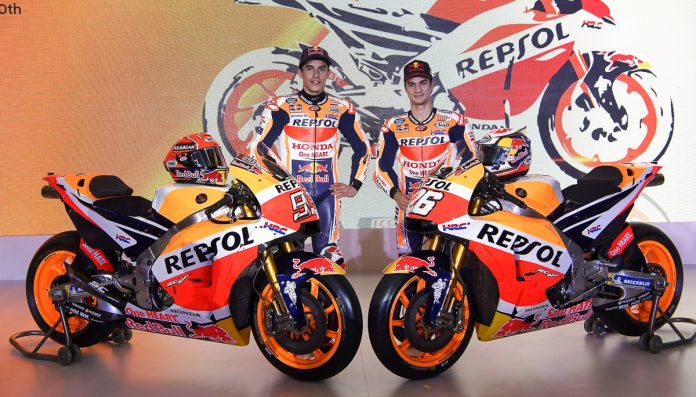 The Repsol Honda MotoGP squad headed down to Indonesia to launch the 2018 Honda RC213V latest livery.

The presentation was done at the 2018 Jakarta International Expo.

Both Marc Marquez and Dani Pedrosa were present for the launch to meet and greet their Indonesian fans. 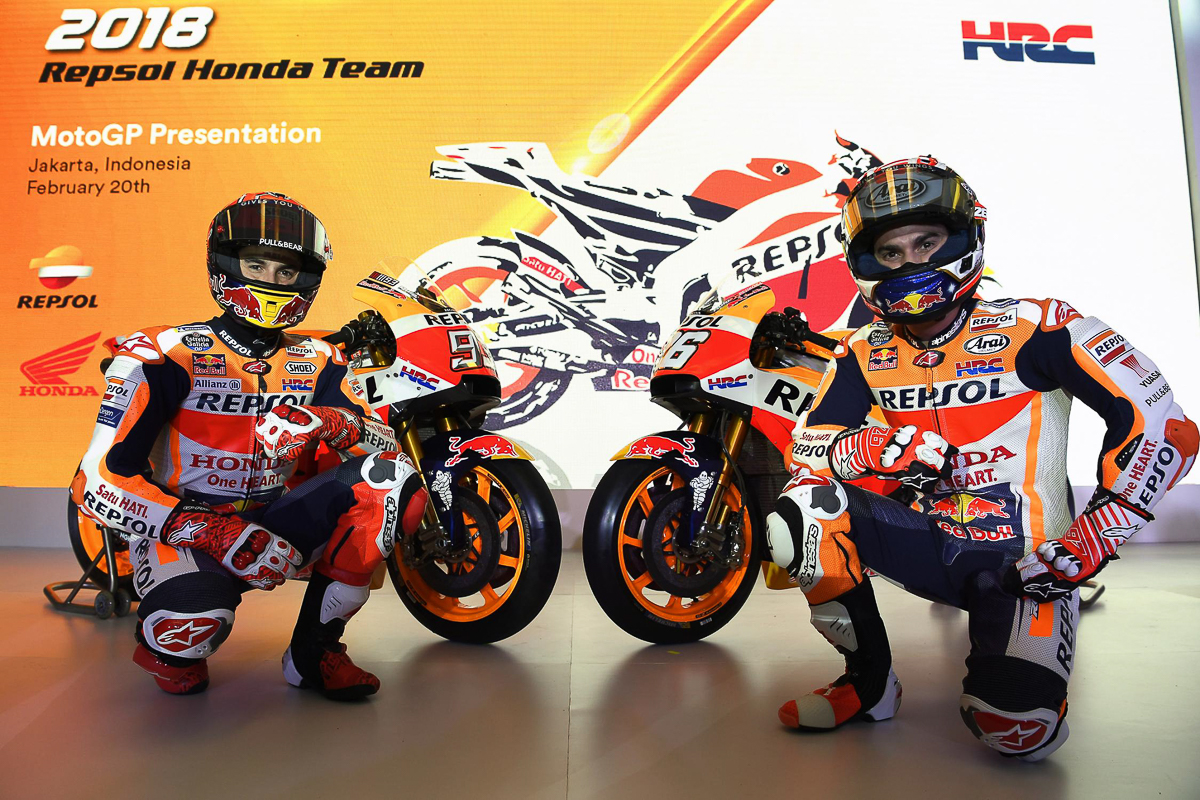 Days after the official MotoGP pre-season test in Thailand, the Repsol Honda team flew straight to Indonesia to officially unveiled their latest 2018 Honda RC213V livery. The presentation was done in conjunction with the Jakarta International Expo where both Marc Marquez and Dani Pedrosa collectively stole the show with their presences. 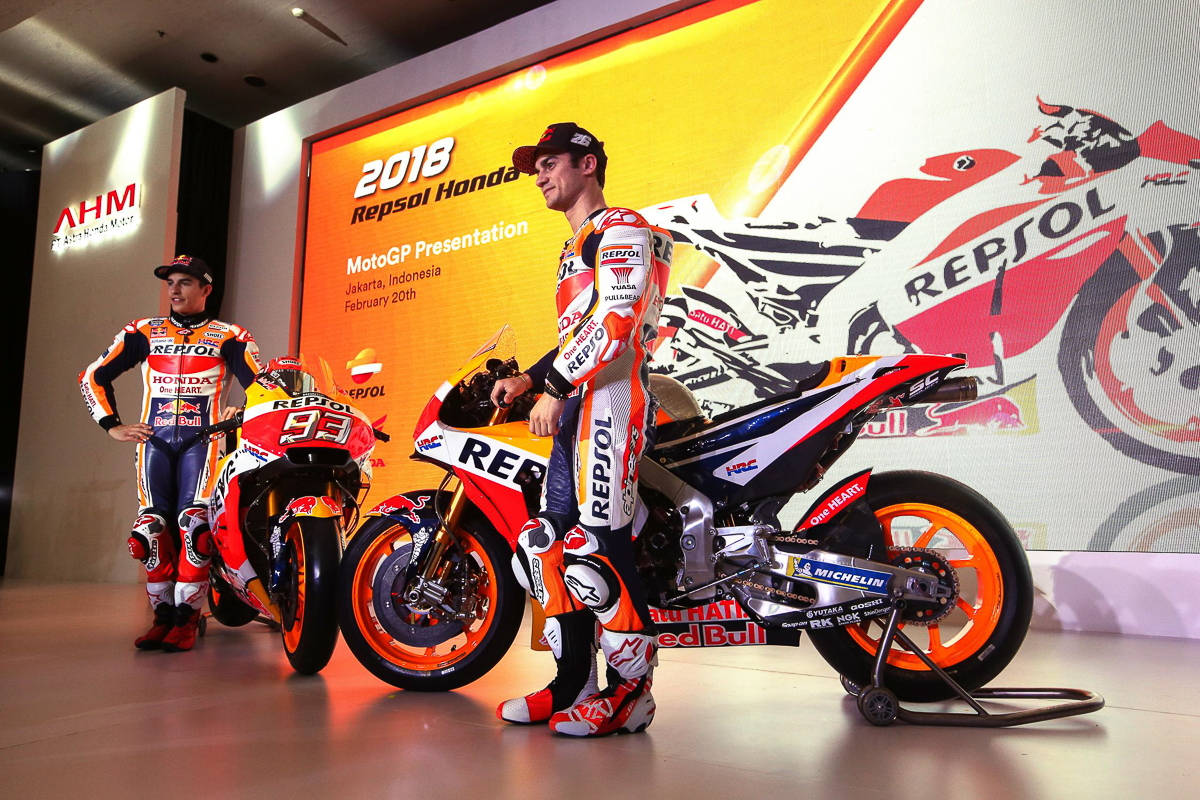 Although the livery looks quite similar to the ones used by the team last year, the 2018 machine has several key updates upon closer inspection. Based on the official photos provided by the folks over at MotoGP, the 2018 Honda RC213V has an updated aerofairing, thumb-operated rear brake, and a much sharper SC Project side exhaust to name a few. 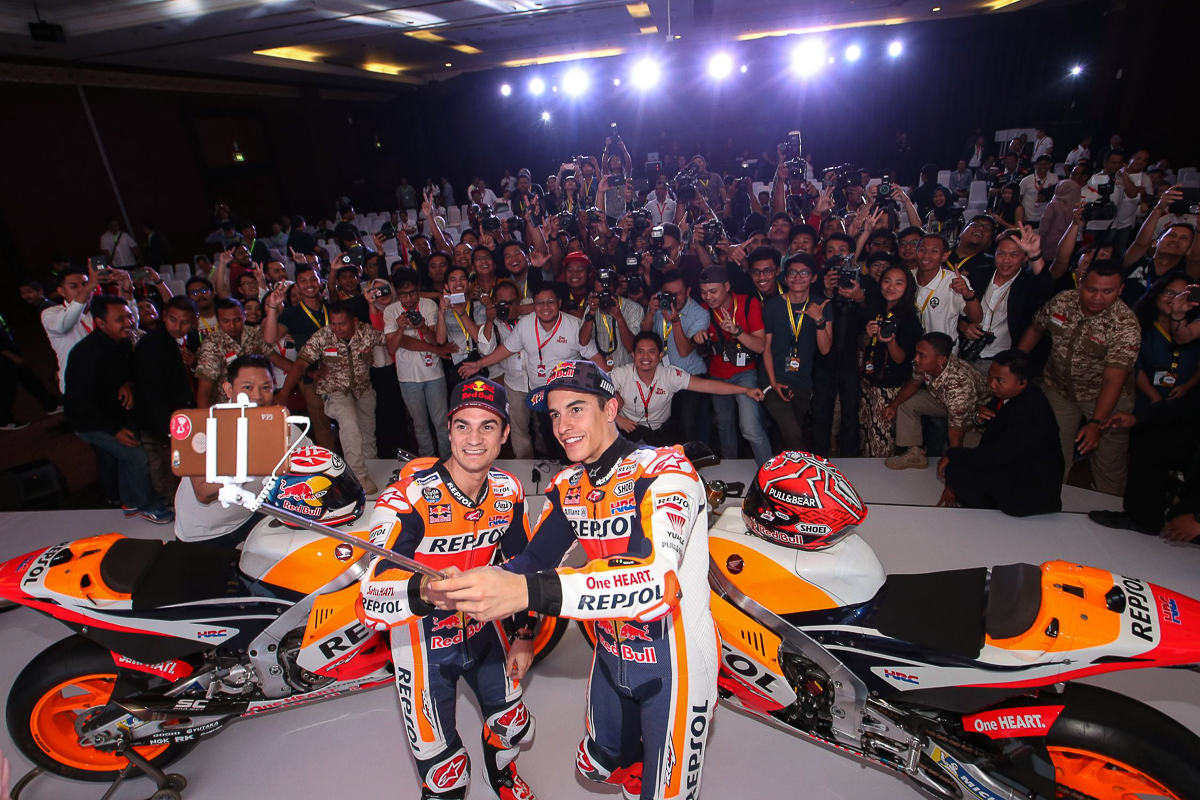 According to the 2017 MotoGP world champion, “It’s a real pleasure to once again be in Indonesia for our team launch because this is an important country for Honda and MotoGP. We’ve been here in Jakarta on many occasions, so it already seems very familiar to me! There are a lot of fans who make us feel very welcome, and it’s good to be able to reward their support by coming here and dedicating some time to them.” 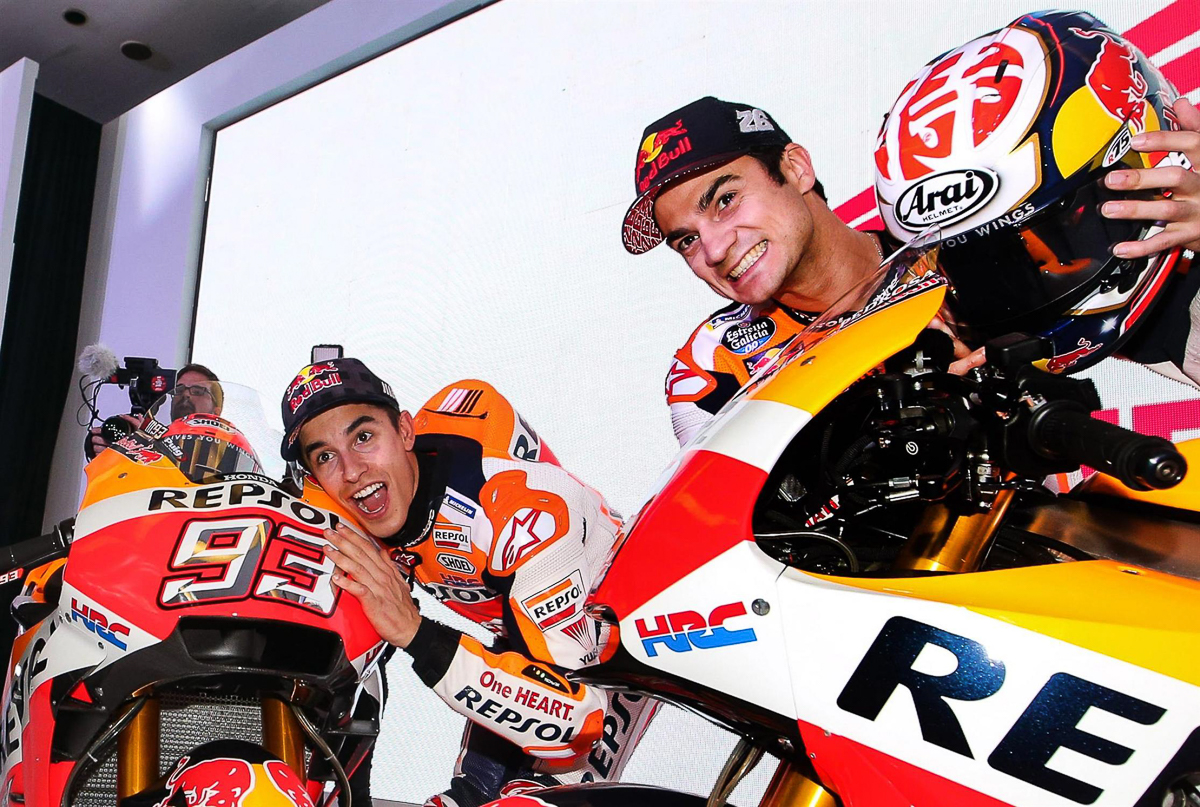 “We’ve already done two tests this winter, and they both went quite well. We’ll also work hard in Qatar, in order to put it all together and be ready for the coming season. We want to fight at the front again this year, and to put on a good show for our fans here and around the world,” added Marquez. 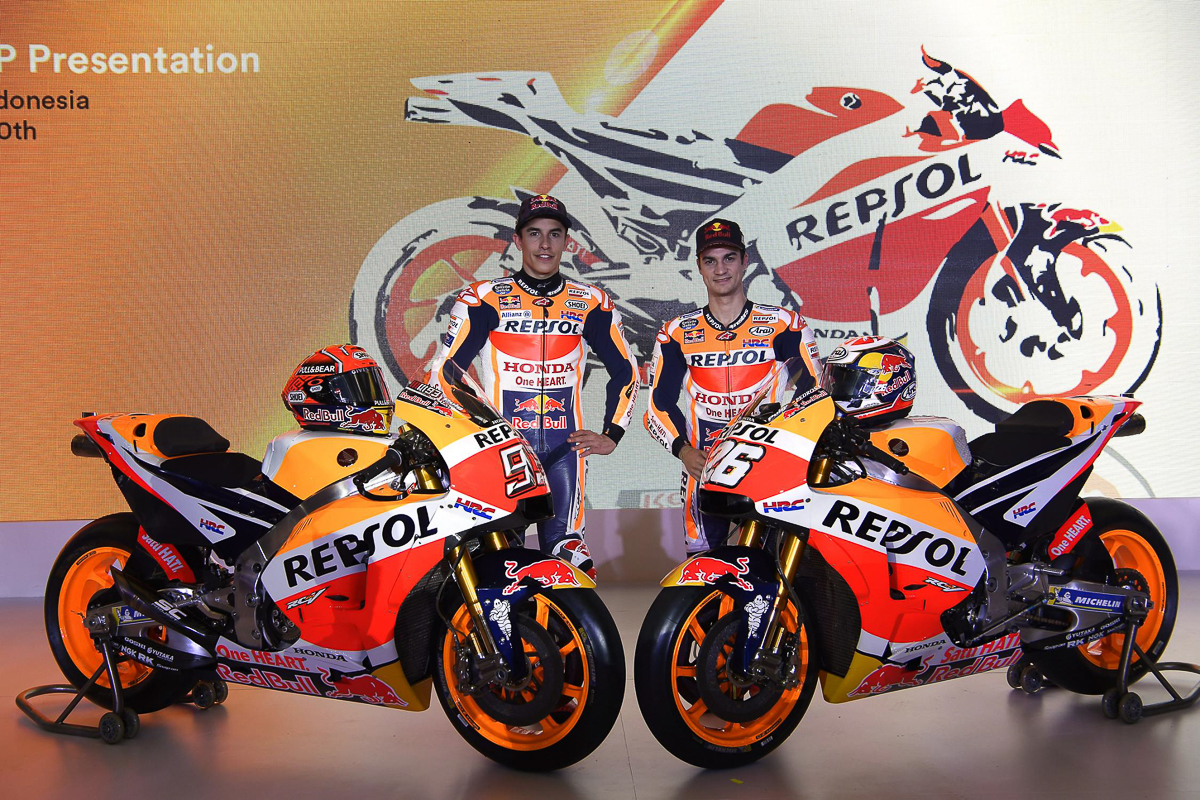 As for the fastest man during the pre-season test in Buriram, Pedrosa stated “When you see how many people in Jakarta love MotoGP, it’s easy to understand why we came here again for our team launch. From a rider’s point of view, it’s great to see the fans enjoying our sport so much, and to share our own passion.” 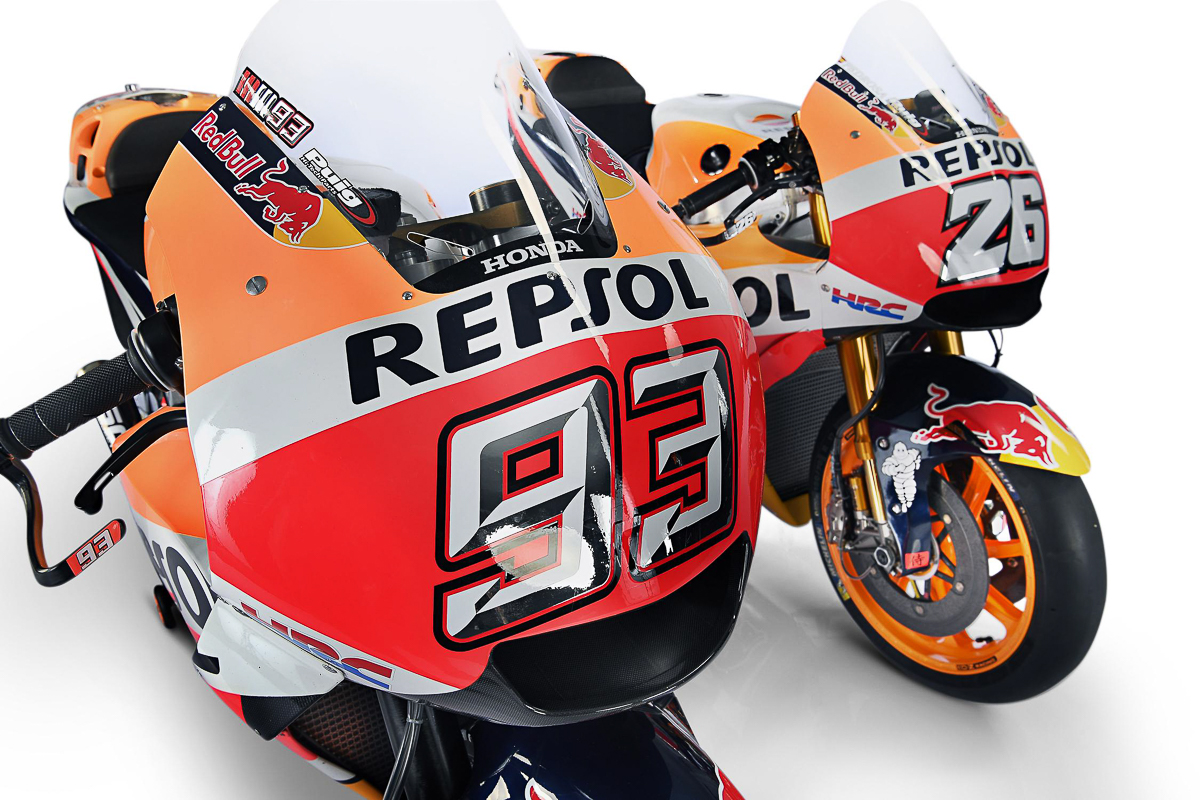 “We also had another very good welcome just a few days ago in Thailand, where we had a positive test. So far everything seems to be going well enough, though we’ll understand better where we really are when we’re in Qatar, where the conditions will be quite different. I’m proud to start another season with the Repsol Honda Team, and I’m ready to give 100% to try and fight at the top,” added Pedrosa. 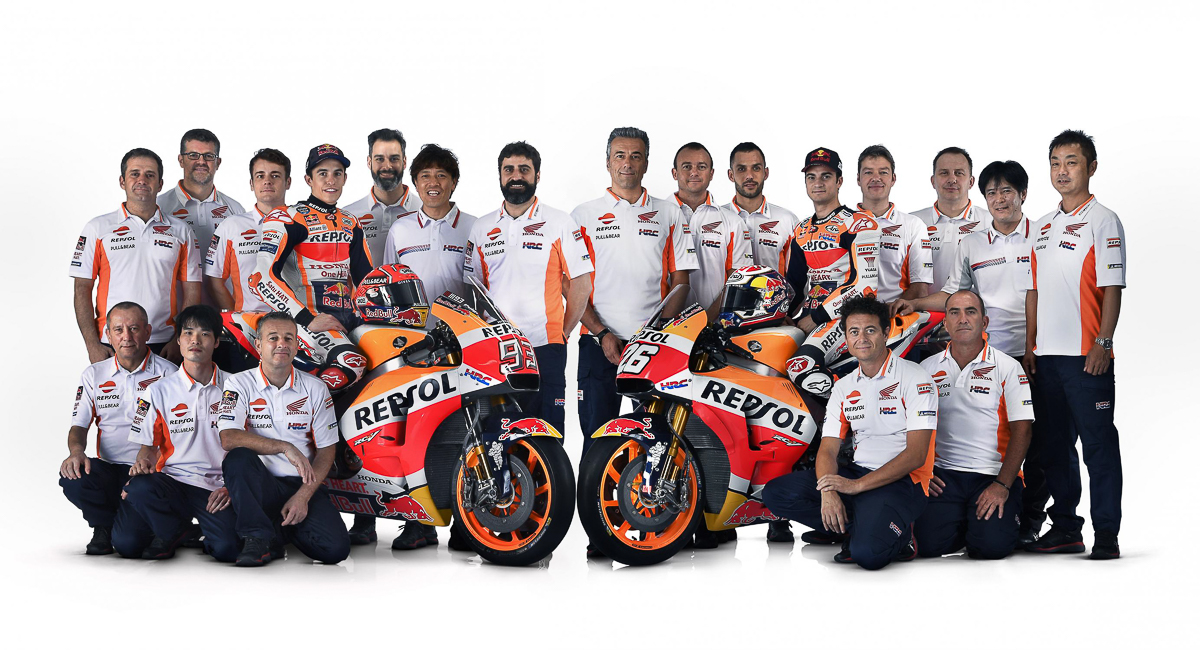 The boys will now need to prepare for the final pre-season test in Qatar on 1 March 2018 where they’ll finalise their 2018 race machines under the floodlights of the Losail International Circuit. Stay tuned to Bikes Republic for more updates.