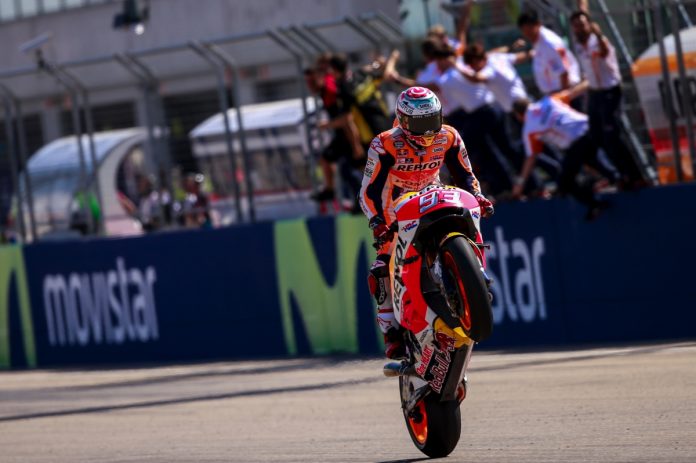 Round 14 of the 2016 MotoGP world championship got underway last weekend in the highly technical and challenging Aragon circuit in Spain. With no rain in sight, riders Marc Marquez, Sam Lowes and Brad Binder seized the initiatives in their respective classes to claim glory. 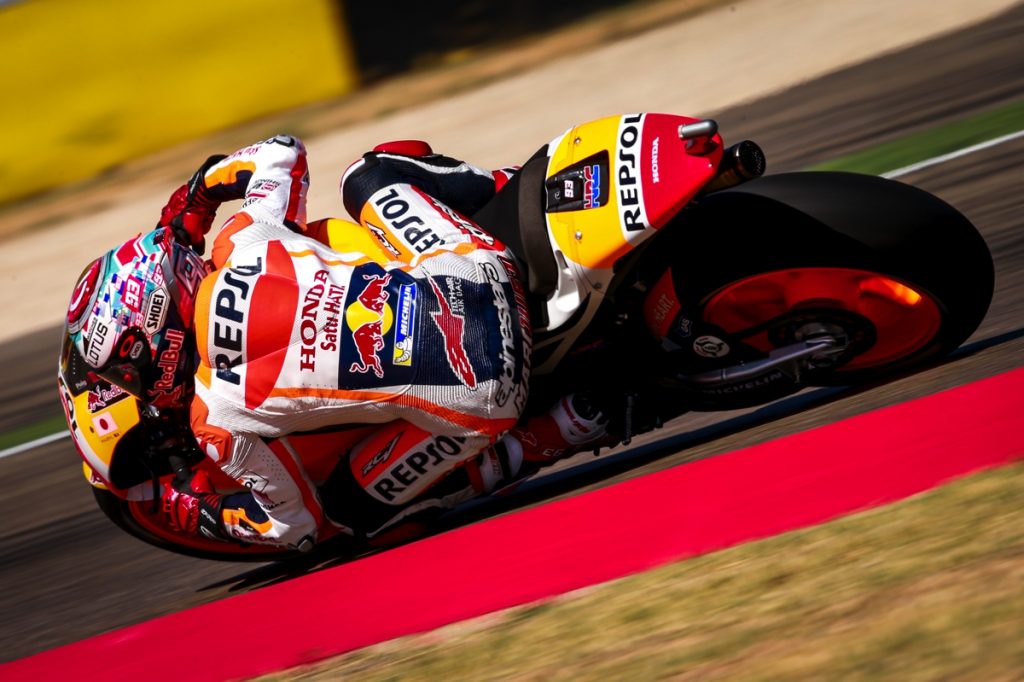 MotoGP
In the premier class, it was Repsol Honda rider and home hero Marc Marquez who claimed ultimate glory. The young Spaniard’s weekend began on a high note when he took pole position during Saturday’s qualifying ahead of compatriots Maverick Viñales in second and Jorge Lorenzo in third. 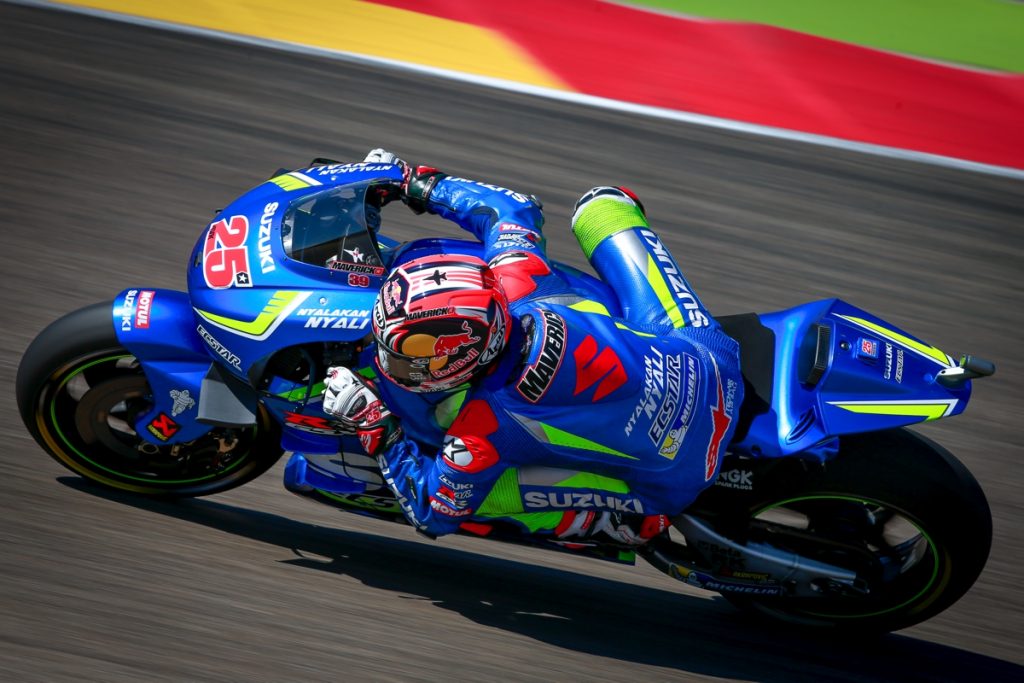 As the lights went out for Sunday’s race, a mistake by Marquez in the opening laps saw him having to fight his way back up against Suzuki’s Viñales as well as Yamaha’s duo of Lorenzo and Valentino Rossi. 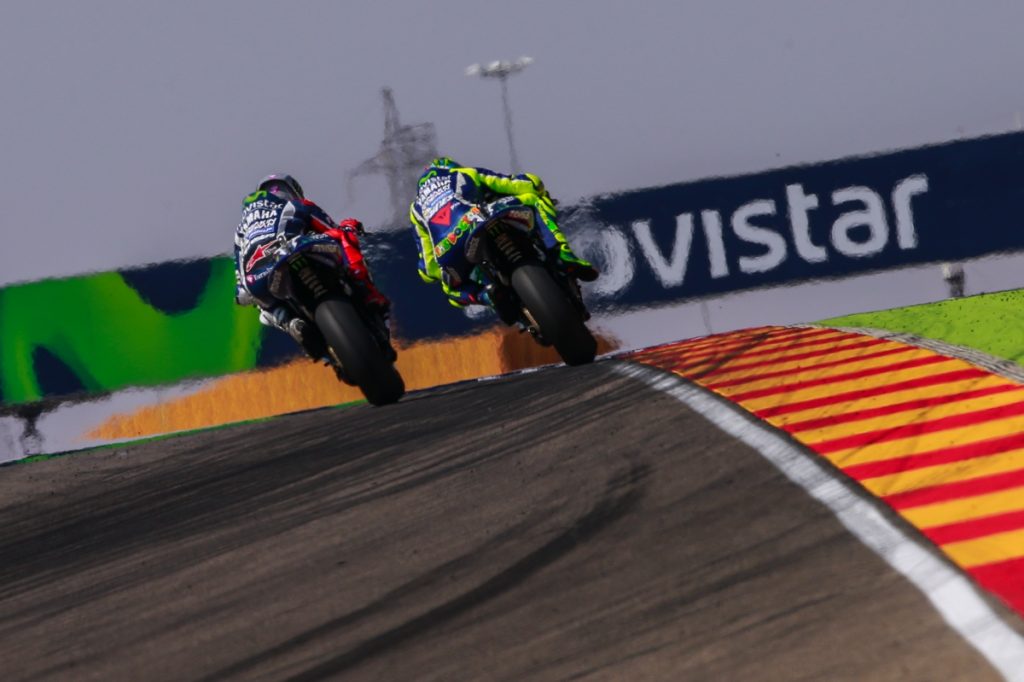 But just before halfway mark, Marquez was able to edge past all three riders to command the race. Marquez would cross the line astride the Repsol Honda RC213V with a commanding gap of 2.740 seconds ahead of defending world champion Lorenzo in second. 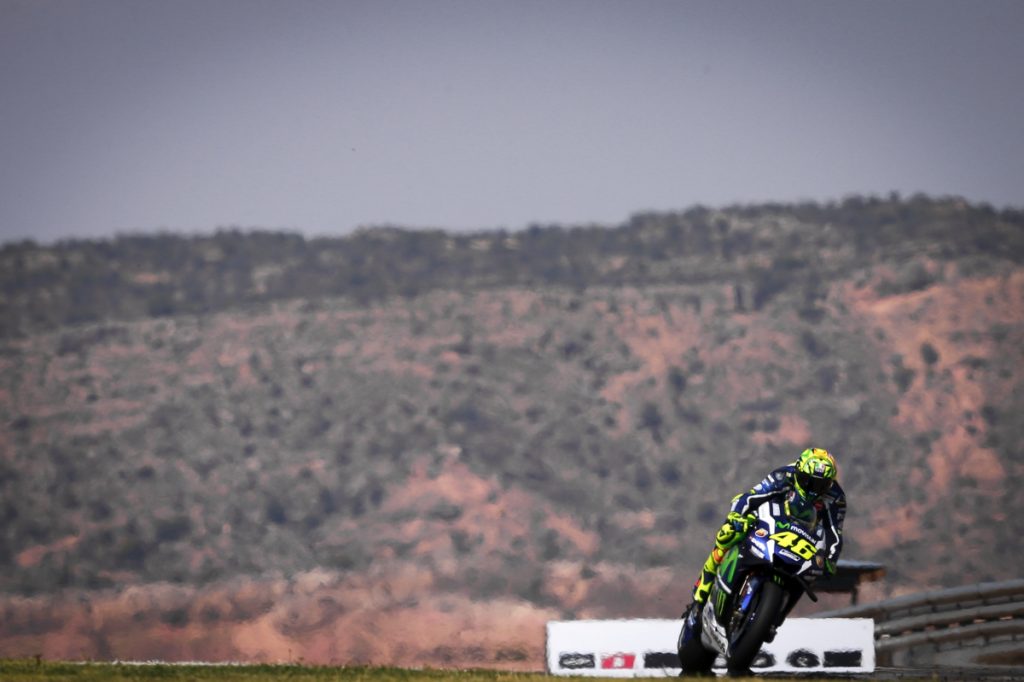 Lorenzo’s second place however did not come cheap. ‘The Spartan’ had to cleverly manage his tyres whilst battling out against teammate and rival Valentino Rossi in the closing stages of the race. 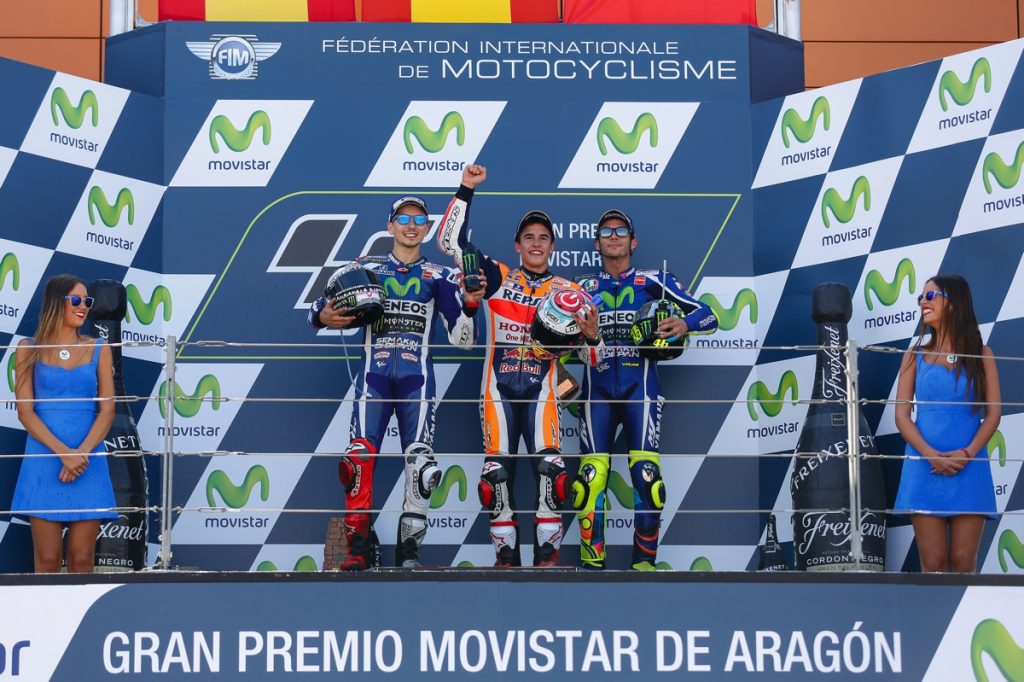 A mistake by the latter Italian eventually granted Lorenzo’s higher finishing position, forcing Rossi to settle for third instead. Suzuki’s Viñales, on the other hand, settled for fourth and bagged himself some crucial championship points. 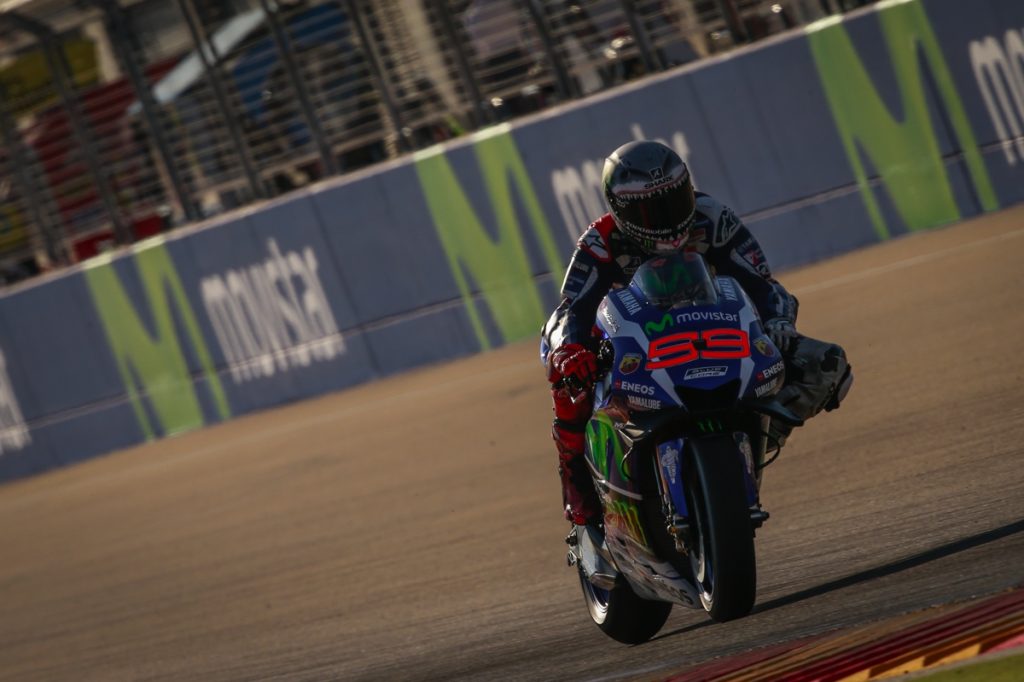 In the standings, Marquez looks on track towards claiming his third MotoGP title and denying Lorenzo his title defence. With 248 points to his name, Marquez leaves Aragon with a 52-point lead over Rossi in second with 196 points, and a further 66 points over Lorenzo in third with 182 points. 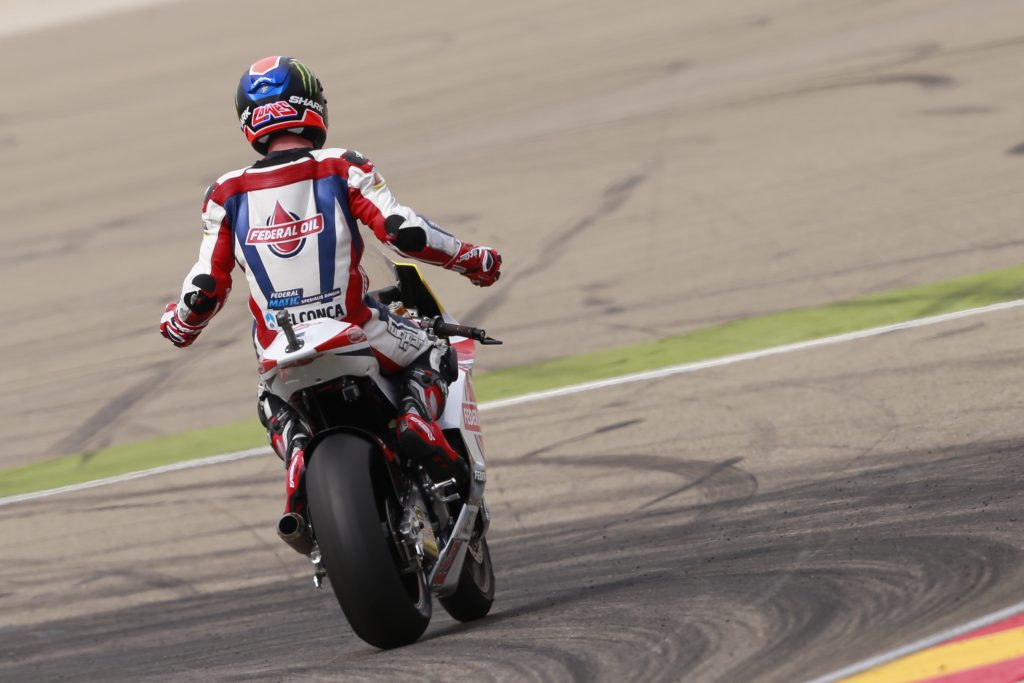 Moto2
In the supporting Moto2 race, it was British rider Sam Lowes who took a decisive victory. Having started from pole position astride his Federal Oil Gresini Kalex machine, Lowes fended off the charges of a resurgent Alex Marquez and won with a commanding 3.289-second gap over the latter Spaniard. 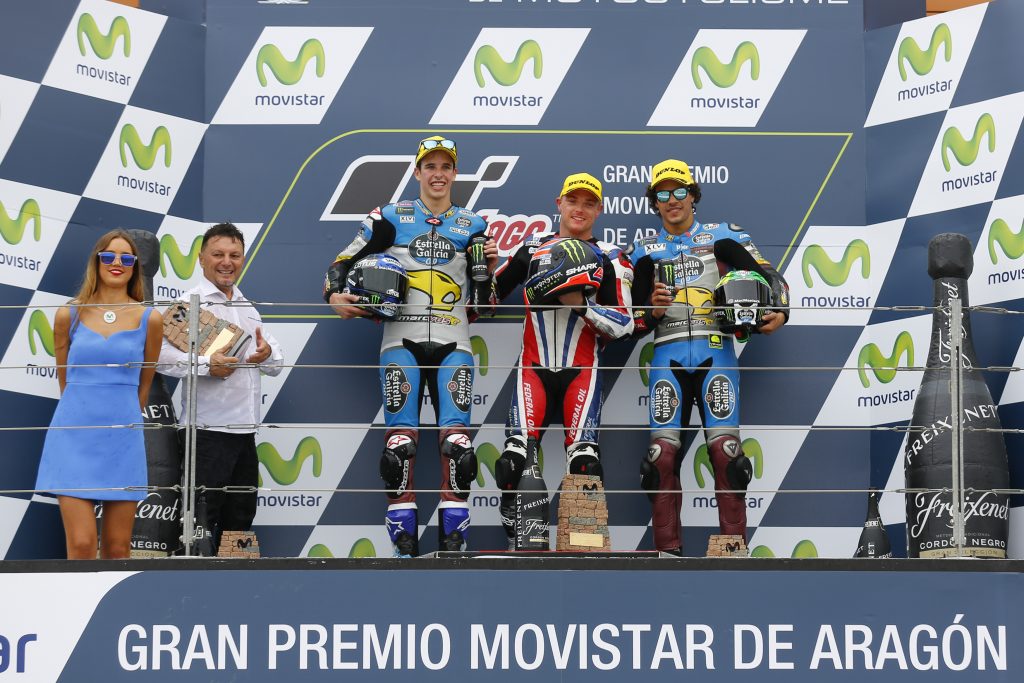 Marquez would eventually settle for second place and led the double podium finish for the Estrella Galicia 0,0 Marc VDS team with teammate Franco Morbidelli who finished third. In other words, this was a day to forget for defending class champion Johann Zarco as he settled for eighth place. 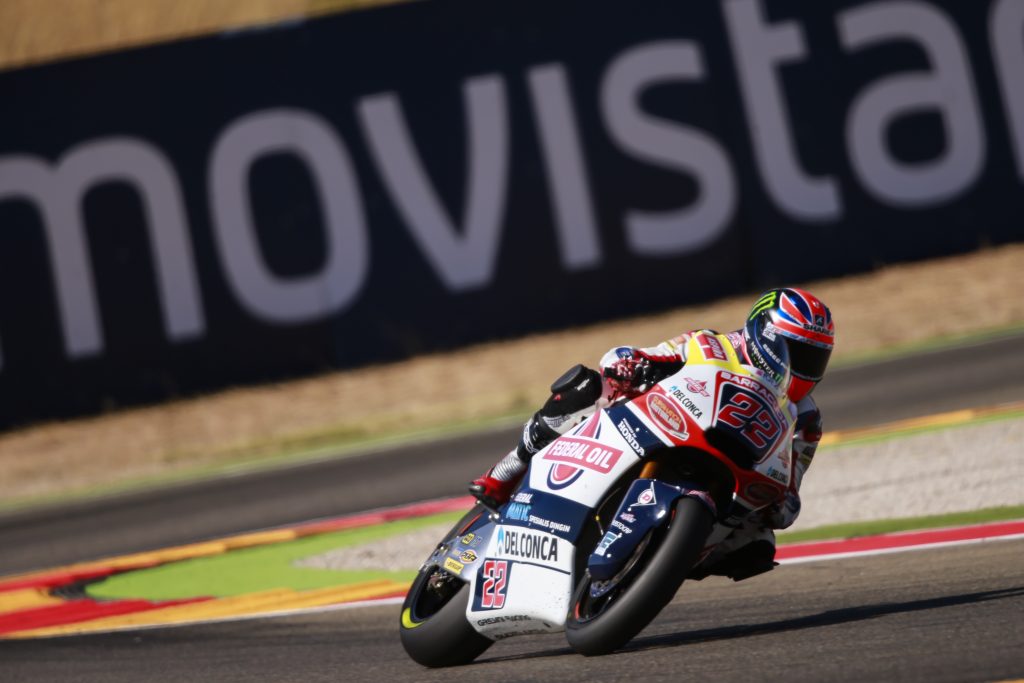 Frenchman Zarco still leads the standings with 202 points, but Spanish rider Alex Rins, who finishes sixth on Sunday, has closed the gap to just 1 point as he ranks second with 201 points. Briton Sam Lowes also still has a mathematical chance of snatching the title away as he ranks third with 162 points. 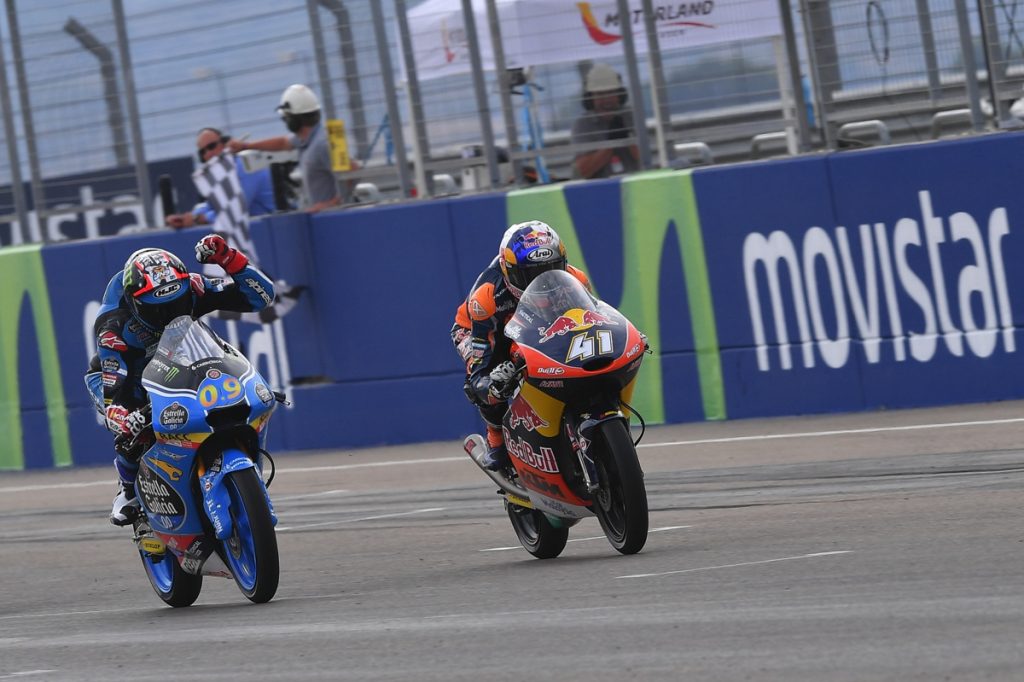 Moto3
Last but not least came Brad Binder’s crowning moment at clinching the 2016 Moto3 title. The South African rider managed to brings his Red Bull KTM Ajo machine across the line in second place in a tight four-way battle, hauling enough points to secure his title. 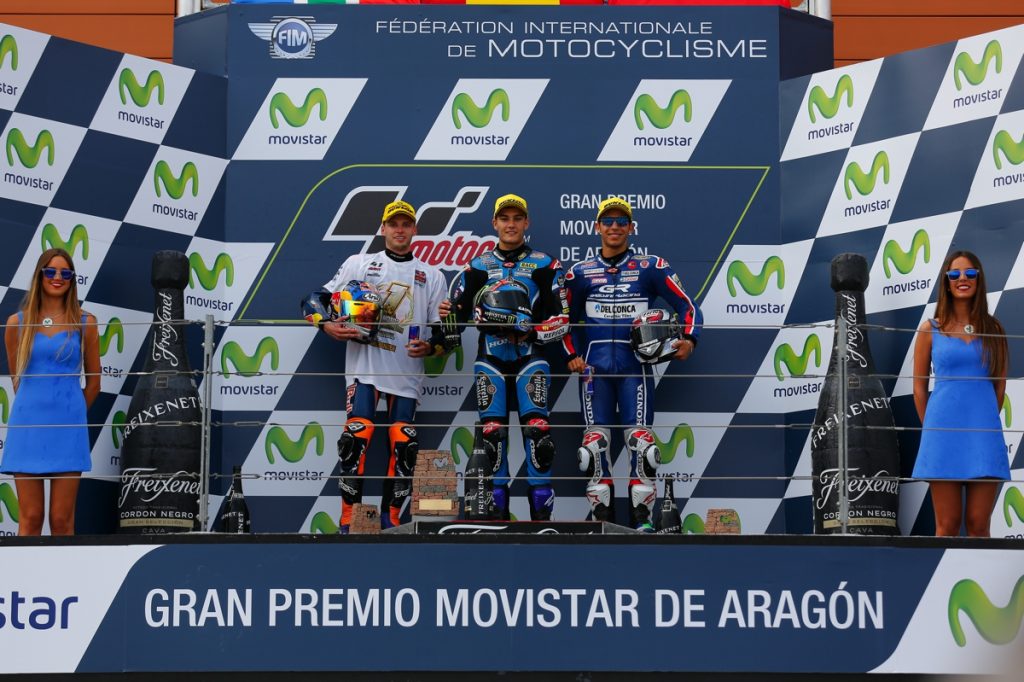 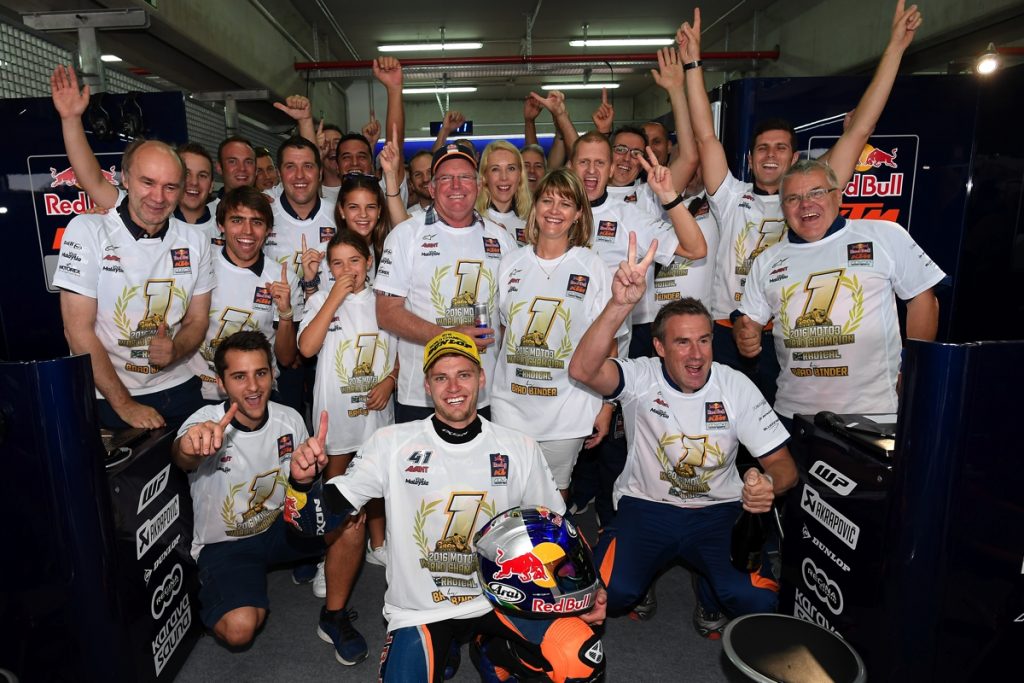 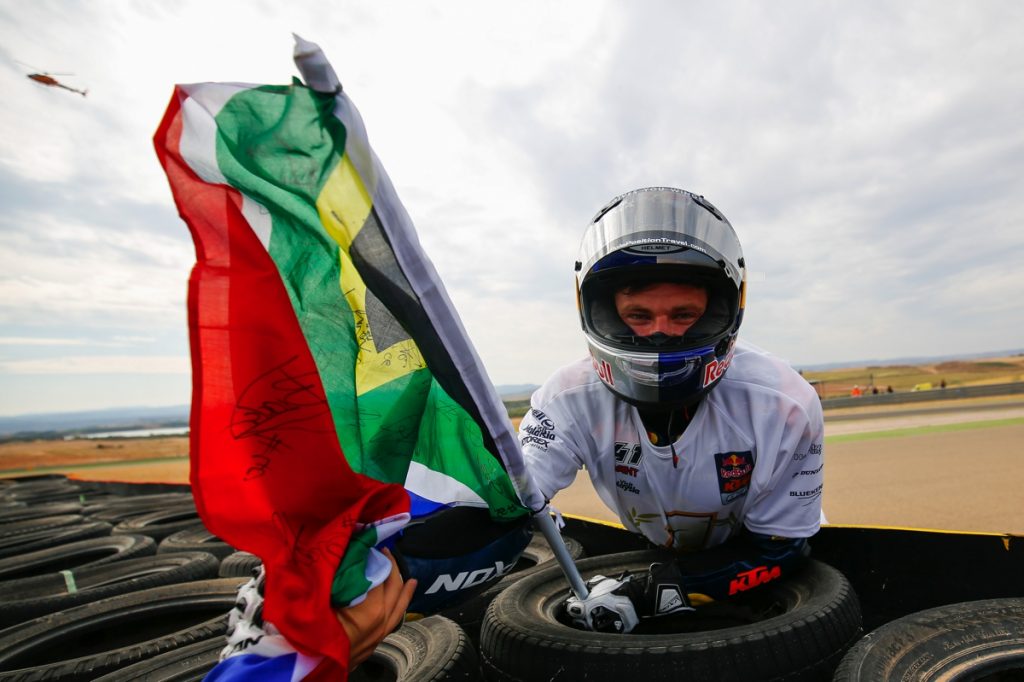 Round 15 – Twin Ring Motegi, Japan
Next up, MotoGP will begin the first of its fly-away triple-header in the Japan’s Twin Ring Motegi circuit from Oct 14 to Oct 16. Sunday’s raceday broadcasts begins with Moto3 at 10:00am, followed by Moto2 at 11:20am and the premier MotoGP event at 1:00pm (Local Malaysian times stated).