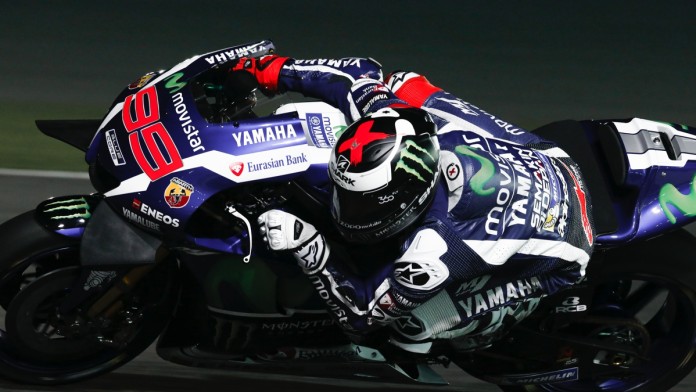 The Movistar Yamaha Factory Team rider clocked in his best time of 1:55.452 around the 5.38km Losail International Circuit course, setting the bar for the rest of the field from then on. 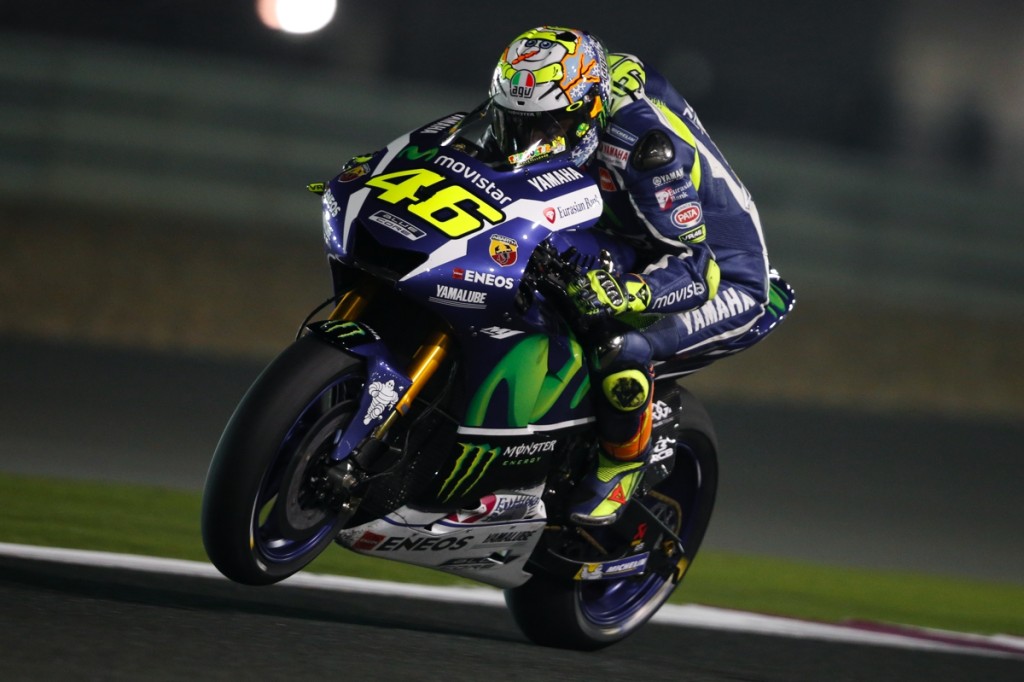 And while Lorenzo triumphs, his teammate and rival Valentino Rossi got off to a less than positive start as he was one of a few riders that suffered a fall during the first day of tests. Though uninjured, Rossi’s fall at Losail’s Turn 10 led to him taking on the rest of the day with a little caution, but the Italian superstar would end the day ranked as the third fastest rider after clocking in his best time of 1:55.894 towards the final parts of the day – just 0.442 seconds off of Lorenzo’s blistering pace. 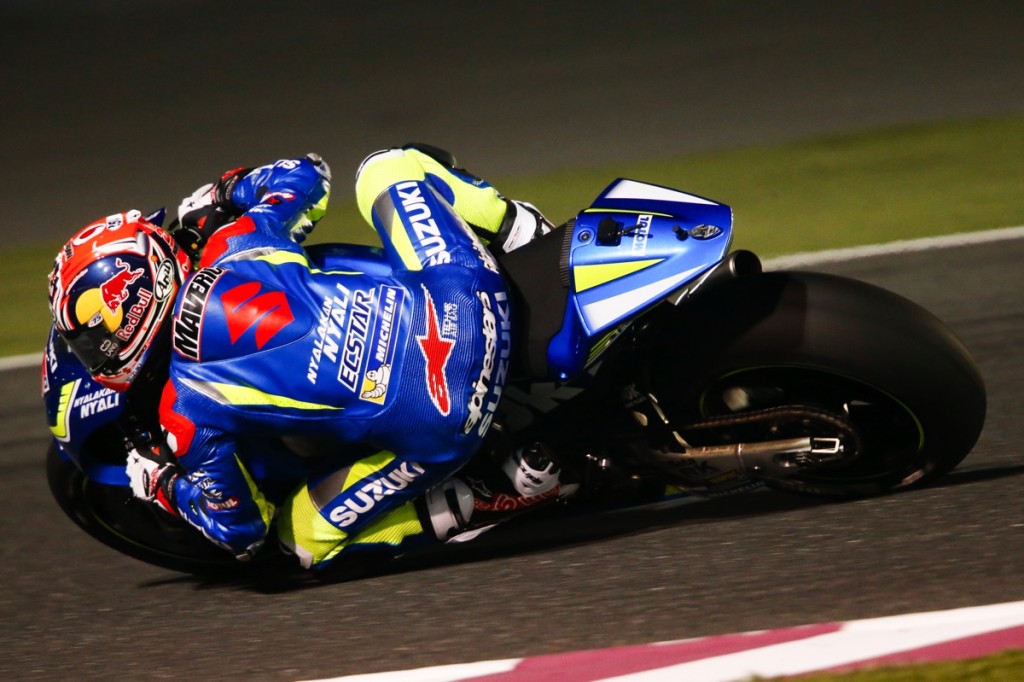 The day’s surprise came from the performance of young Spanish rider Maverick Viñales after he managed to clock in the day’s second fastest time, splitting the two Yamaha riders in the top three astride the Team Suzuki Ecstar machine. Maverick’s best timing of 1:55.880 sees him trailing Lorenzo by just 0.428 seconds, proving the seeming phenomenal pace and high potential held by his Suzuki GSX-RR GP machine. 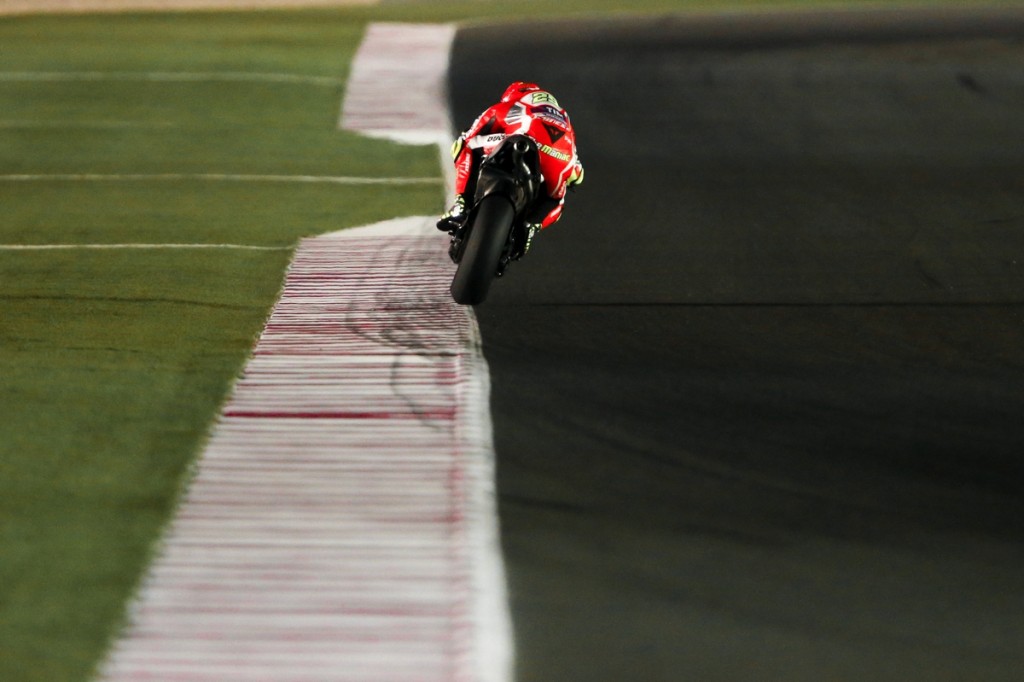 Just outside the top three saw a volley of factory and satellite Ducati machinery placing from fourth to seventh. Leading this was Andrea Iannone astride the factory Ducati Desmo 16 GP bike whilst his teammate Andrea Dovizioso ranked seventh. Splitting the two were Octo Pramac Yakhnich’s Scott Redding in fifth and Avintia Racing’s Hector Barbera in sixth.

Former world champion Marc Marquez could only muster a 10th place ranking as the day came to an end. The fact that Crutchlow astride a satellite LCR Honda machine outlapping Marquez astride the factory-spec Repsol Honda Team bike is perhaps signalling more signs of struggle for the field’s Honda-powered encampment. Much of this reportedly revolves around the new unified electronics package that all teams had to adopt starting this year. 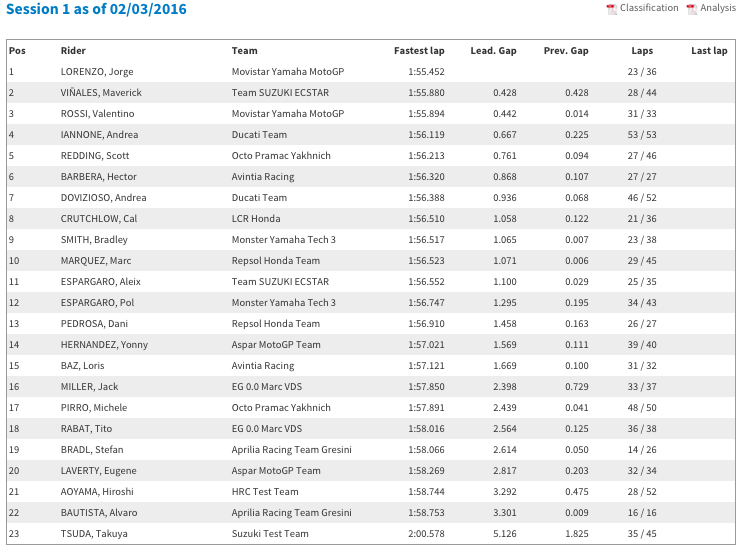 The final series of tests in Qatar will resume for another session today before the final session slated for this Friday. After this, the MotoGP field will then return to Qatar once again for the season-opening race weekend that will be held from March 18 to March 20.