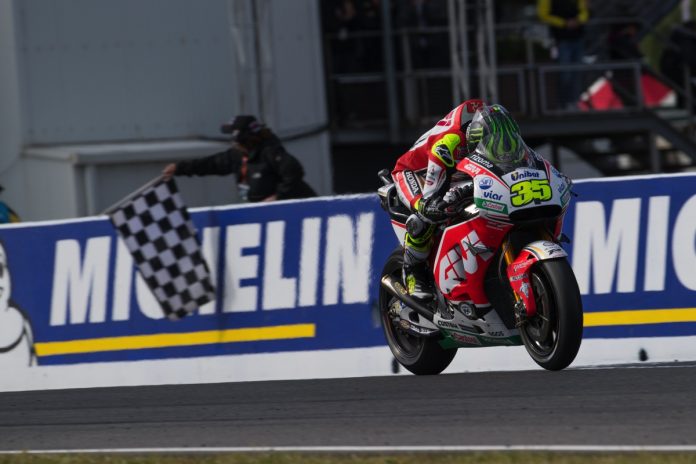 The second of three flyaway racers for the final leg of the MotoGP season got underway last weekend in the famed Phillip Island circuit for the Australian Grand Prix.

Having already battled challenging weather in Qualifying on Saturday, Sunday’s melee across the technical circuit brought out thrills, spills and anguish for some too. Here’s what transpired down under. 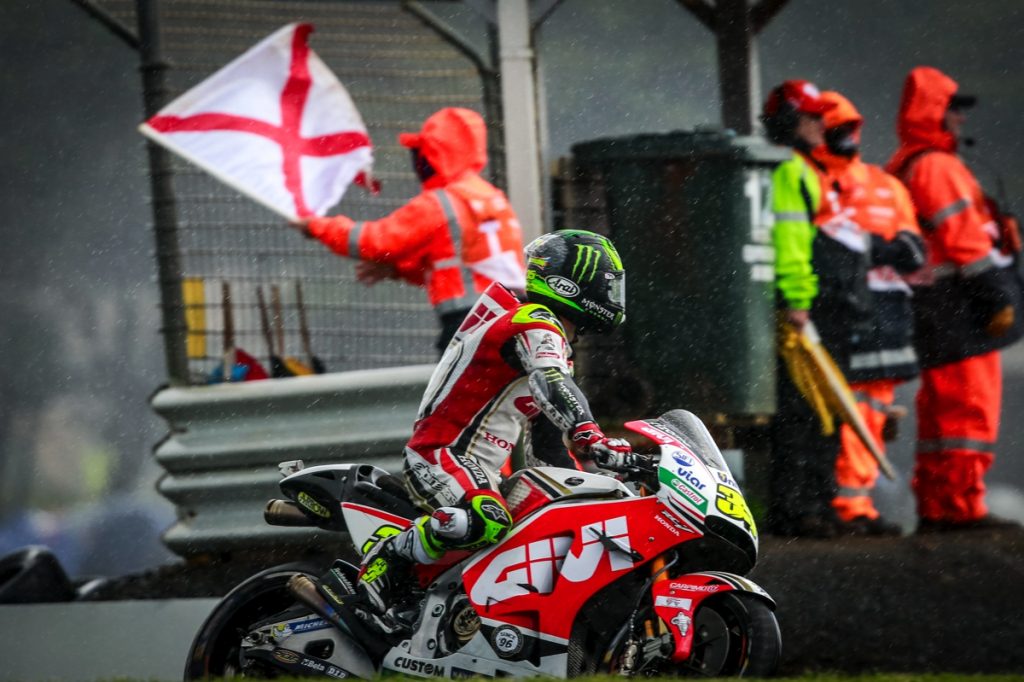 MotoGP
Despite locking down pole position on Saturday, newly crowned world champion Marc Marquez crashed out early on Lap 9. The Repsol Honda rider was leading the race before a mistake cost him dearly at Doohan Corner.

That, plus Dani Pedrosa’s replacement Nicky Hayden with just a few laps left meant that the factory Honda squad were out of contention. Instead, it was independent team rider Cal Crutchlow that scored a surprising yet deserving win astride the LCR Honda machine. 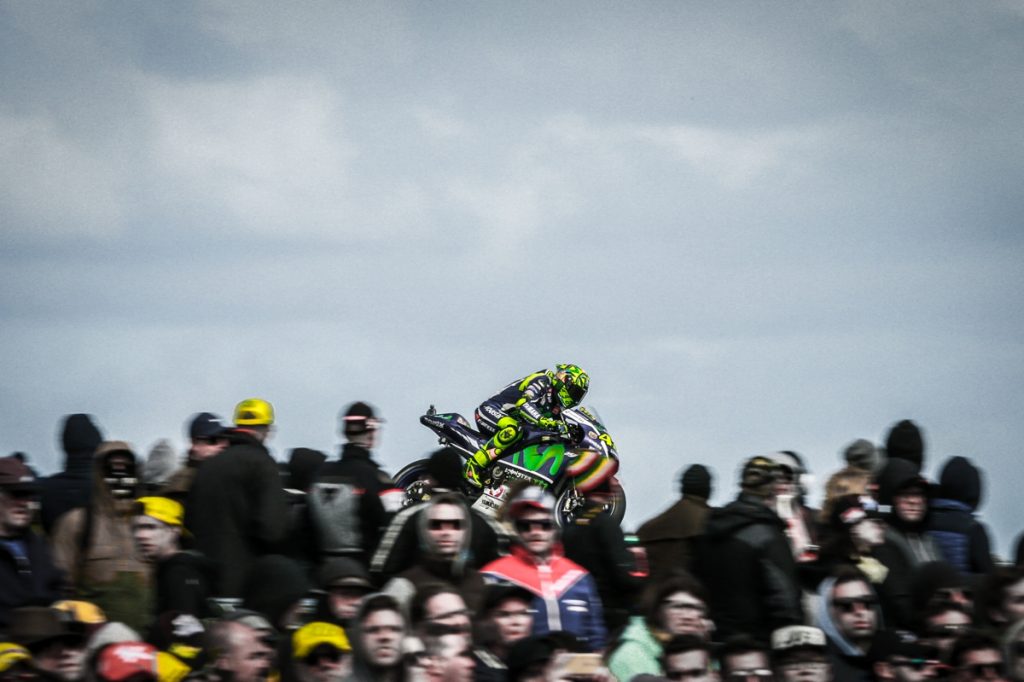 Cal’s win didn’t come cheap as he had to fend off the charges of a resurgent Valentino Rossi astride the factory Yamaha machine. The Italian would settle for second instead, but finishing ahead of outgoing teammate Jorge Lorenzo is undoubtedly one huge boost for the veteran. 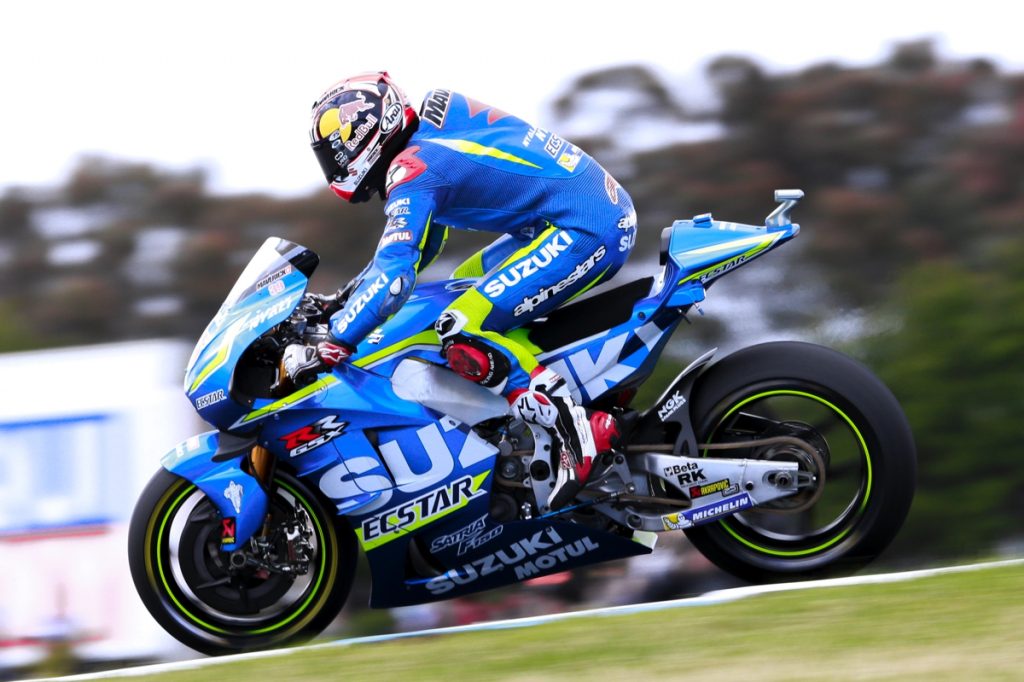 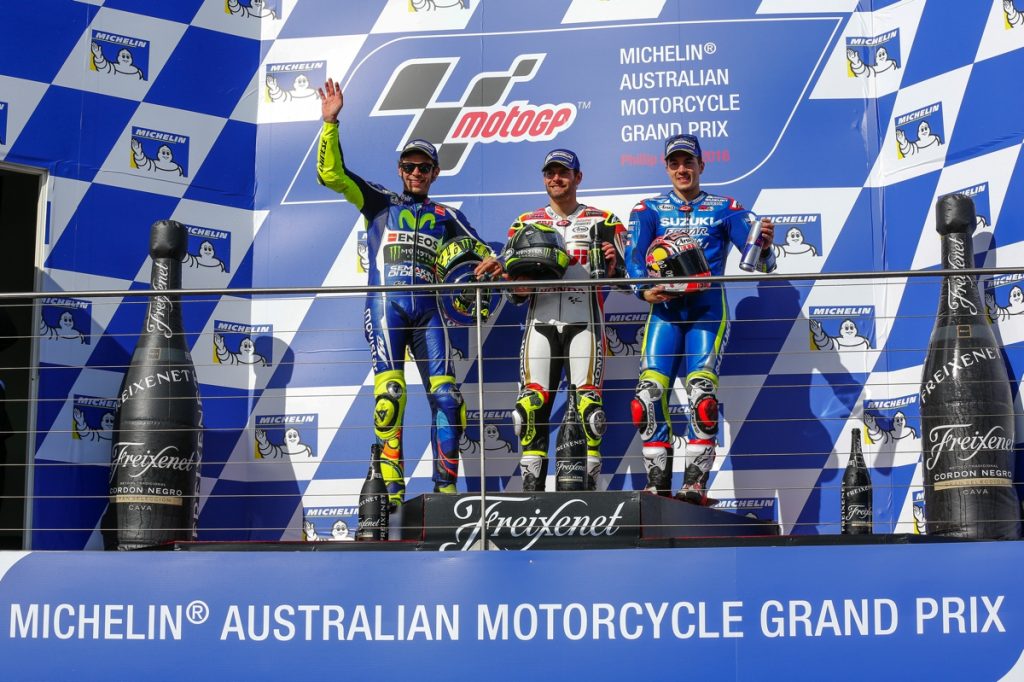 Despite this year’s crown already bagged by Marquez, the battle for second and third still rages on between the two factory Yamaha riders. Rossi’s podium sees him gaining the upper hand with 216 points collected so far whilst Lorenzo is a distant third with 192 points.

Rest assure, both Rossi and Lorenzo would be ones to look out for in Sepang come this weekend at the 2016 Shell Malaysian MotoGP. 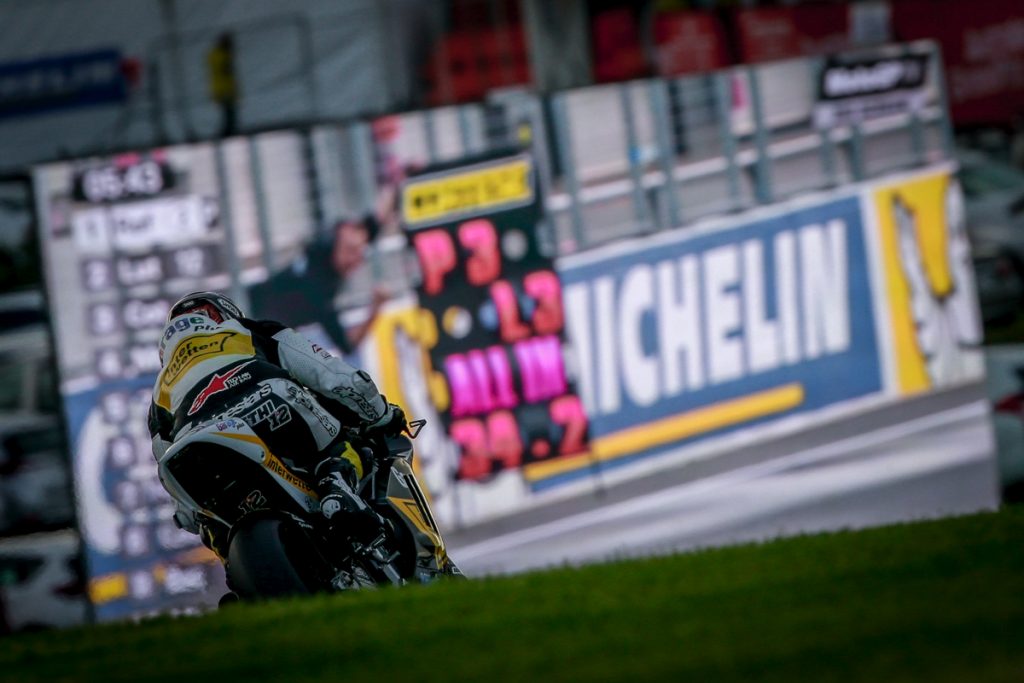 Moto2
One of the weekend’s biggest upsets came in the supporting Moto2 class race. In a rare occurrence, the class’ top fighters faltered here in Phillip Island with title contenders Sam Lowes and Alex Rins crashing out while championship leader and defending champion Johann Zarco struggled to finish in 12th. 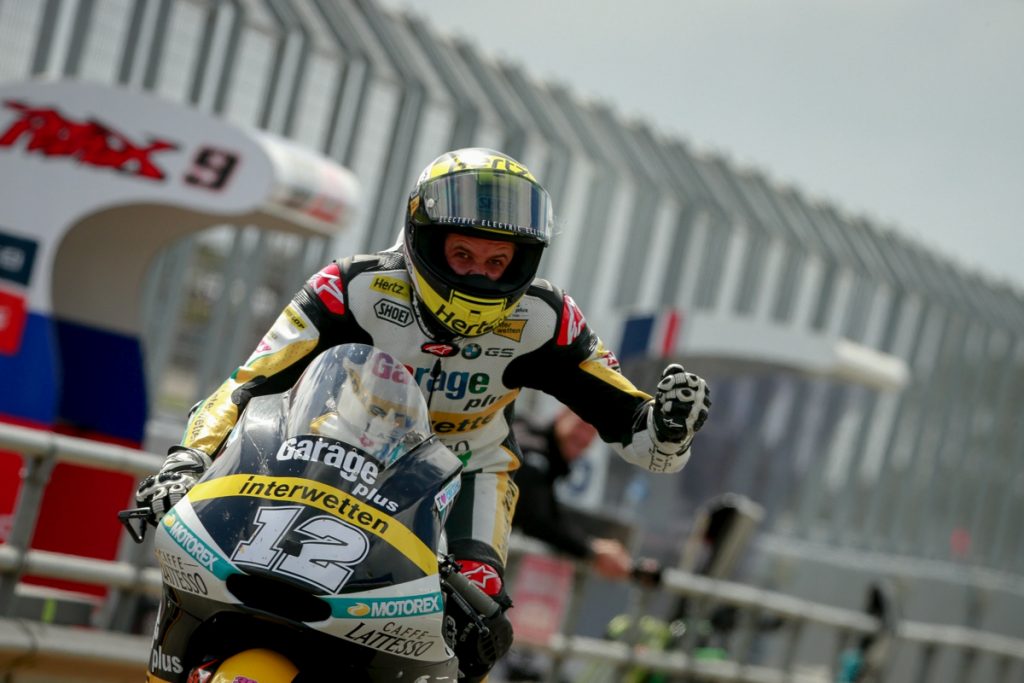 Instead, glory down under in the Moto2 class belonged to Swiss rider Tom Lüthi astride the Garage Plus Interwetten Kalex machine. Lüthi was the winner of a tight three-way battle for the top spot that ended with a classic photo finish.

Coming in a close second is Marc VDS’ Franco Morbidelli who was just 0.010 seconds down from winner Lüthi. Taking the final podium spot is Dynavolt Intact GP rider Sandro Cortese. 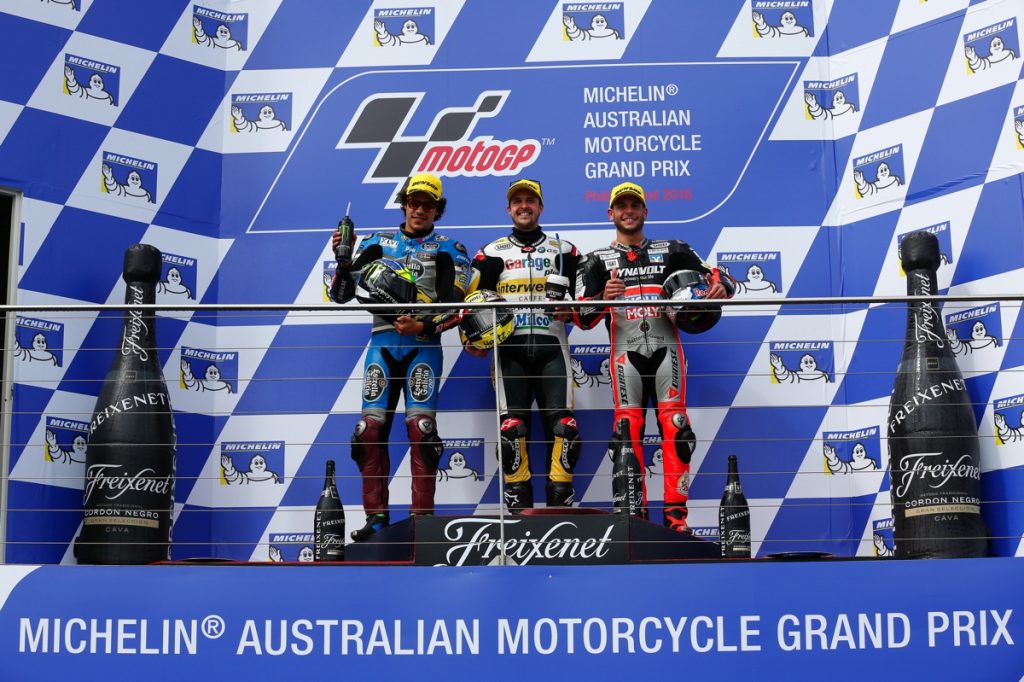 With his win, Lüthi has put himself in strong mathematical contention for the title as he now sits second in the standings with 204 points. Zarco still leads with 226 points while Rins drops down to third with 201 points.

The Moto2 title is still up for grabs and this weekend’s Malaysian Grand Prix may be where it is settled. 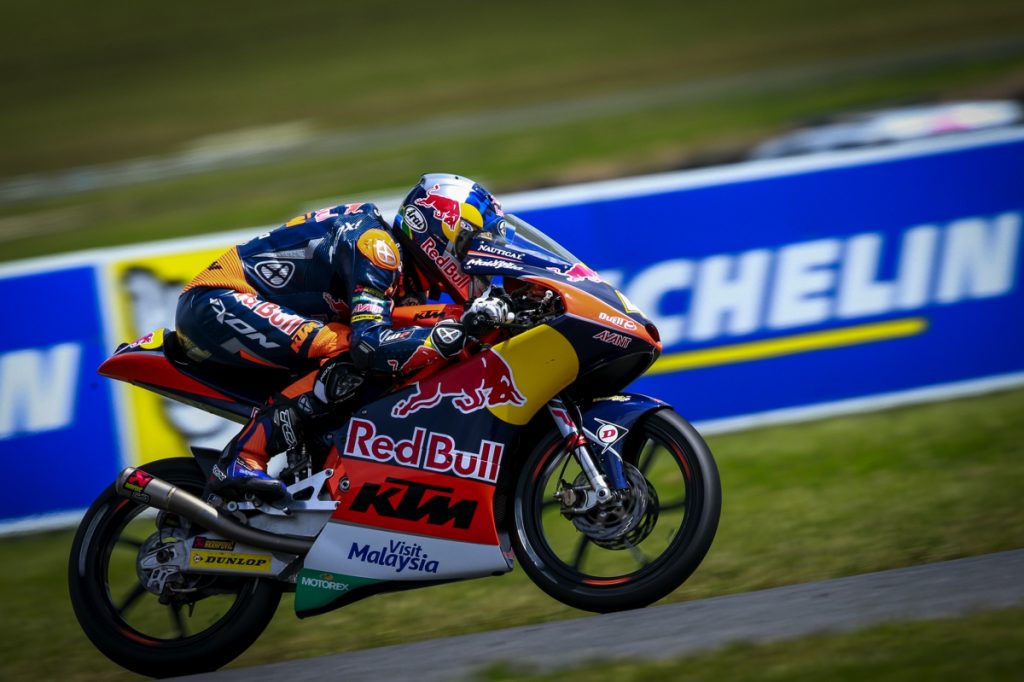 Moto3
Last but not least came the day’s first race from the supporting Moto3 class. This was by far the most action-packed race of the day as the highly technical Phillip Island course incubated things dramatically for the class’ lightweight machines and their charged riders. 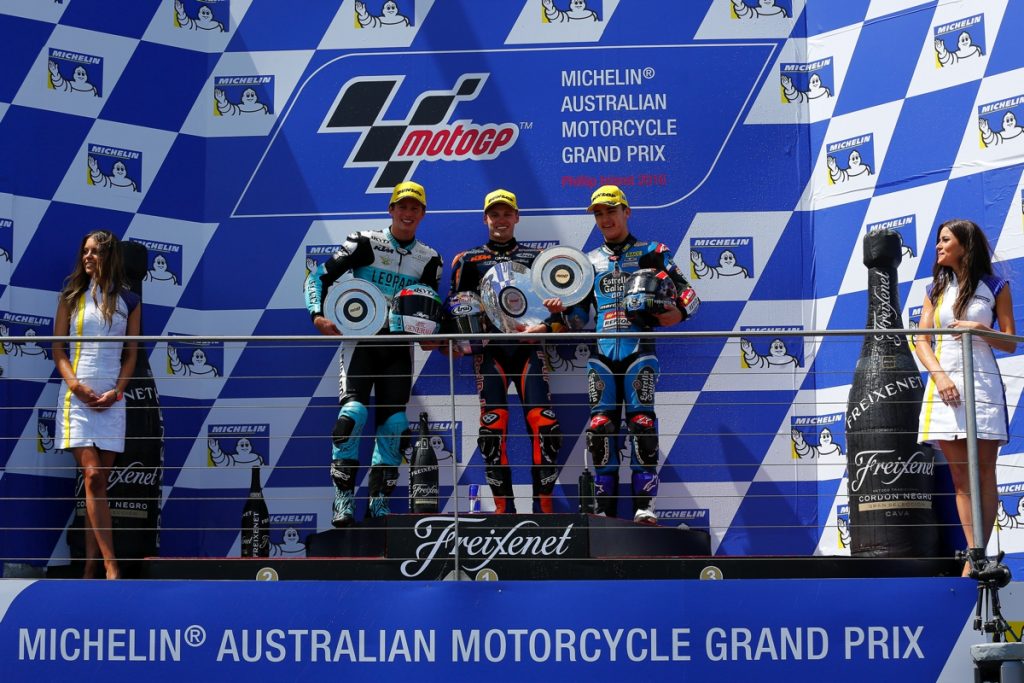 A series of major incidents forced a red flag out on Lap 6, and later resumed with a shortened length of just 10 laps. But what remained clear here was newly crowned Moto3 world champion Brand Binder’s prowess astride the Red Bull KTM Ajo machine in both instances. 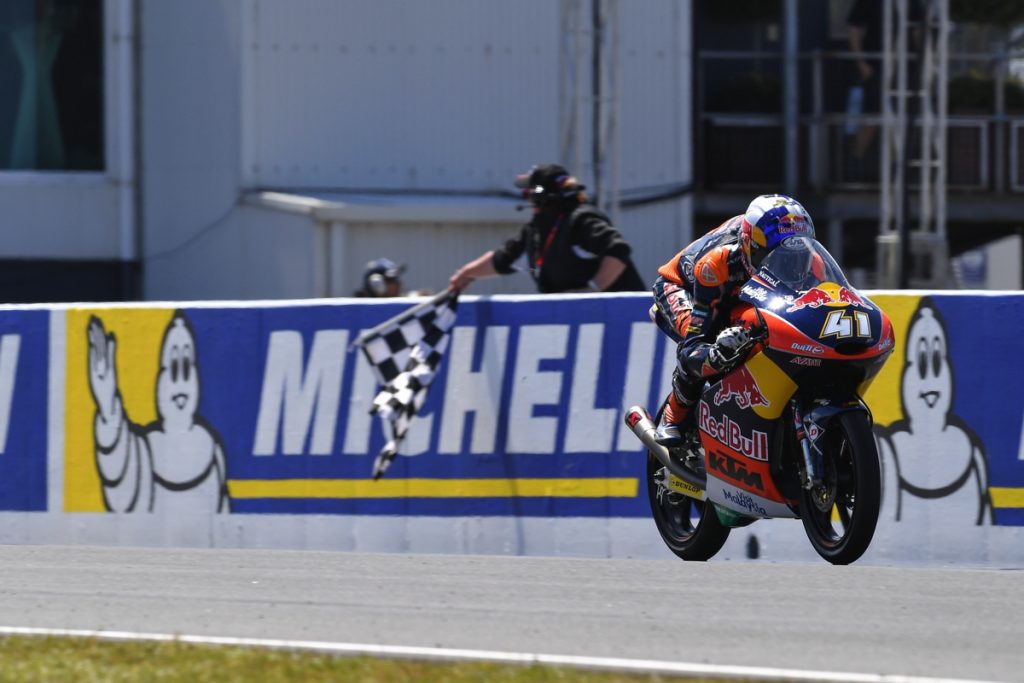 The young South African speedster went on to win the battle of attrition with a clear 5.937-second gap ahead of second place finisher Andre Locatelli who rode the Leopard Racing KTM machine. Taking the final podium spot was Spaniard Aron Canet astride the Estrella Galicia 0,0 Honda machine.

In the standings, the battle for second and third overall is still open to at least six riders. Presently, Enea Bastianini remains secure in second with 164 points while Jorge Navarro ranks third with 143 points. 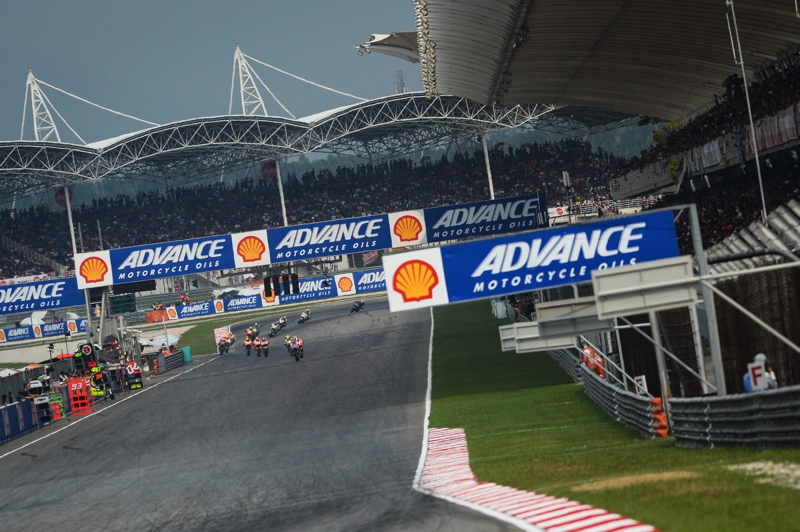 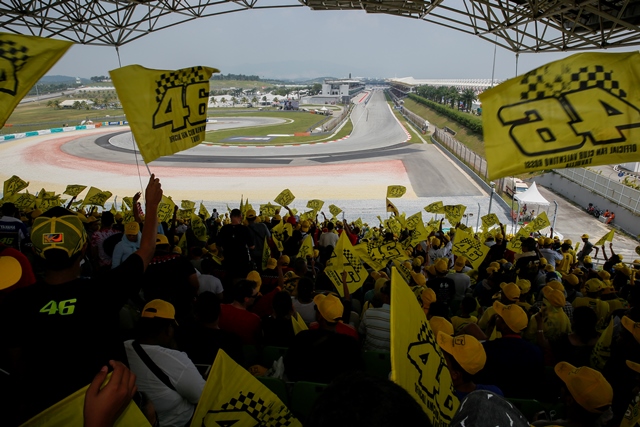 You may remember from our recent interview with circuit CEO Dato’ Razlan Razali that the event has sold out almost all of its tickets as it expects to host a record-setting number of spectators throughout the weekend.

The action begins with Practice session on Friday, followed by Qualifying on Saturday and Raceday Sunday. You can refer to the provisional event program we’ve attached below for now to plan your trips and viewing times.