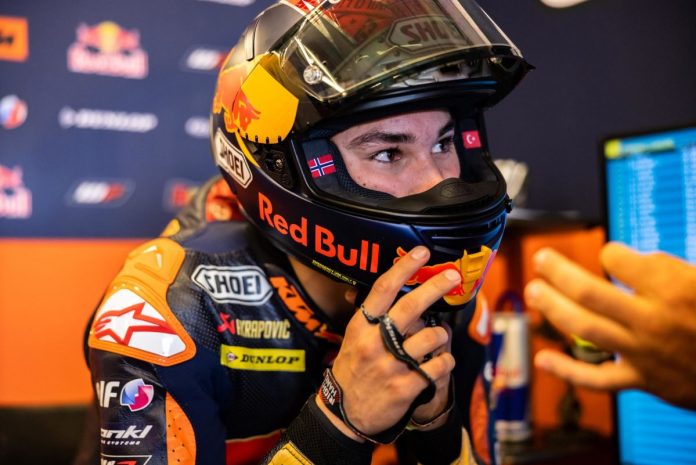 Sofuogly is currently focusing his career on developing young Turkish talent after ending his successful career in 2018.

Among those talents is current WorldSBK title contender Toprak Razgatlioglu and the Oncu brothers Deniz and Can.

However, Deniz Oncu was all over the news during the Moto3 race at Circuit of the Americas.

Oncu swept across to tuck into a slipstream, which contacted Jeremy Alcoba, who fell off his bike. Alcoba’s bike was later struck by Andrea Migno, who caught some air before crashing.

Pedro Acosta was also involved in the pile-up and crash before he flew against the barricade.

While the race was red-flagged with all three riders allowed to restart, the talk of the town was on Oncu as several MotoGP riders reportedly wanted stern action taken against him.

Nonetheless, Sofuoglu says the two penalties were unfair treatment towards Oncu and compared the Moto3 incident to Lewis Hamilton and Max Verstappen in F1.

“We also see in Formula 1, the pinnacle of motorsport, that people like Lewis Hamilton and Max Verstappen drive very aggressively.

“To be successful, you have to be aggressive. It’s part of this sport. Today drivers complain too much.

“For me, the decision against Deniz is not fair. You have to watch the videos, and I see much more dangerous manoeuvres than Deniz’s.

“For me, the main reason riders complain about my boys is because they are so strong. Because you can’t beat him. So they look for reasons to complain,” he said.