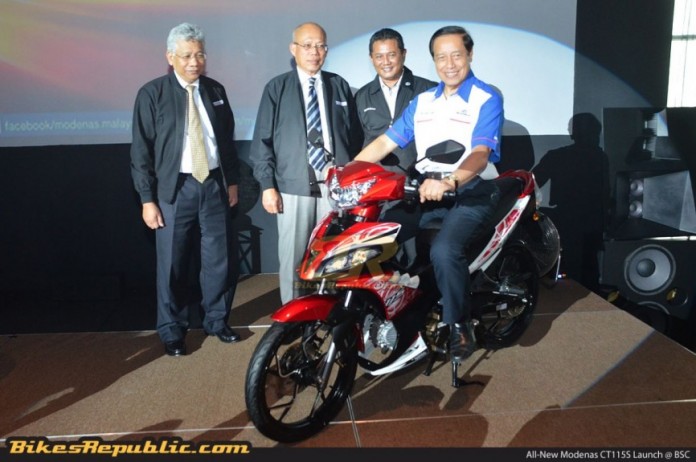 Just a few hours ago, national motorcycle manufacturer Modenas took the wraps off the much anticipated CT115S moped at an event held at the Bangsar Shopping Complex. 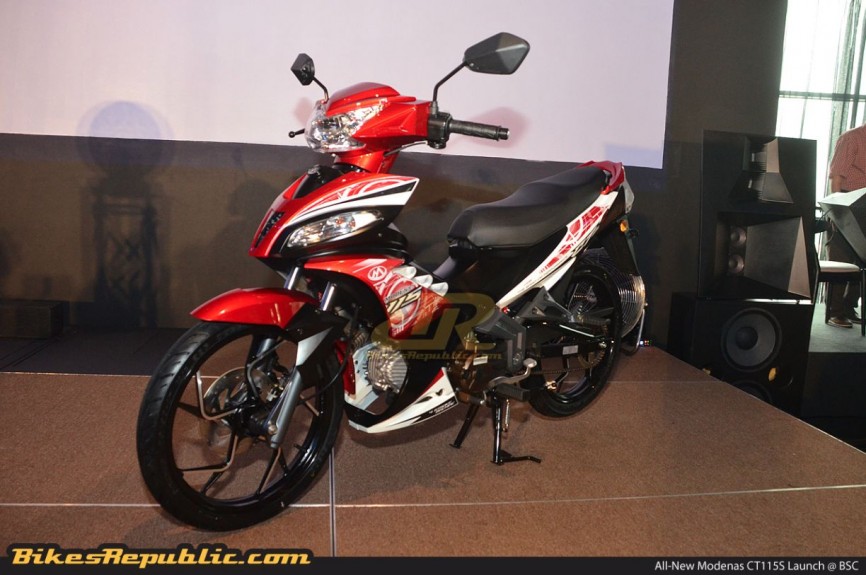 Built from scratch at the Modenas’ plant in Gurun, Kedah, the CT115S is basically the sportier variant of the CT range, featuring an improved, more aerodynamic design than the CT100, which was launched two years ago. 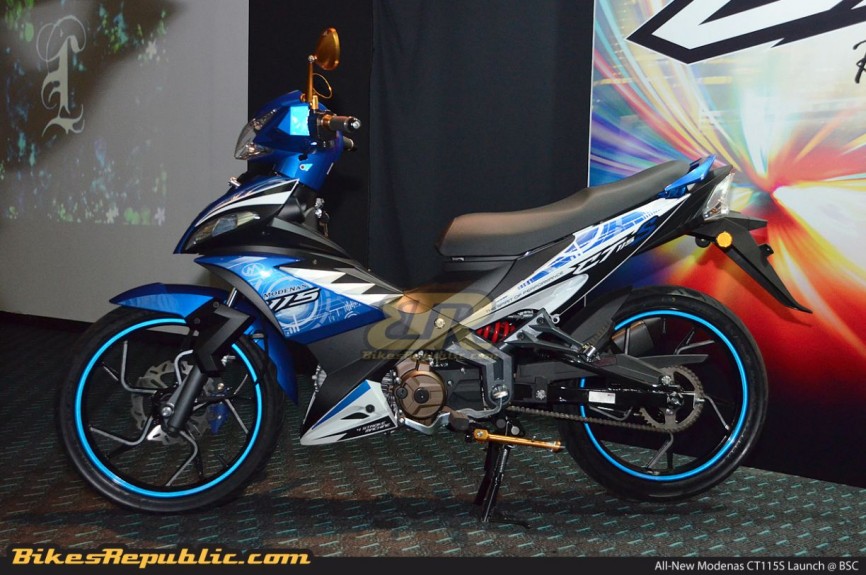 Targeted towards riders aged between 16 and 35 years old, the Modenas CT115S is powered by a 115cc four-stroke, carburetor engine which produces a maximum output of 8.8hp at 9,000rpm and 8.1Nm of peak torque at 5,000rpm. The engine is paired with a four-speed transmission. 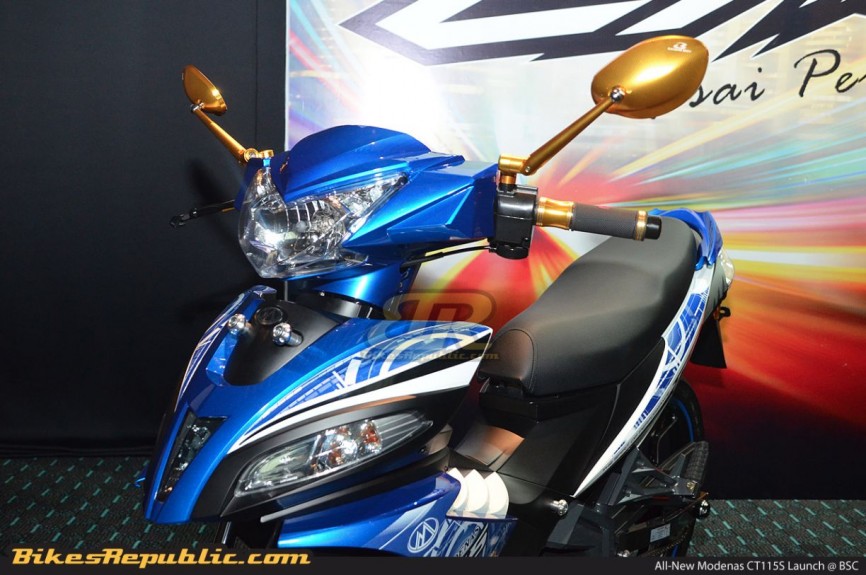 Fitted with a 4.8-litre fuel tank, the Modenas CT115S also comes with a few notable features such as a five-step adjustable Monoshock suspension, a 12V electrical charging socket under the seat for owners to charge devices like smart phones among others, a trailing rear swing arm, front disc brake, and an electric starter. 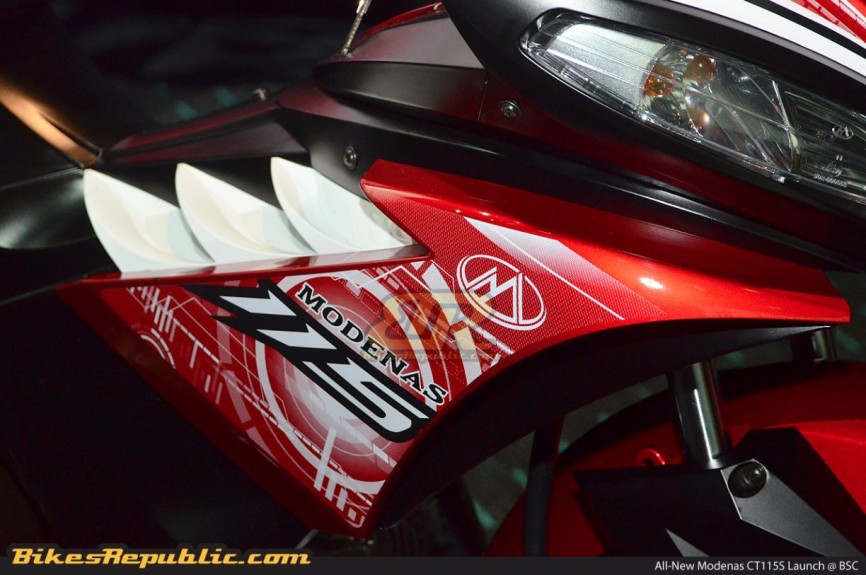 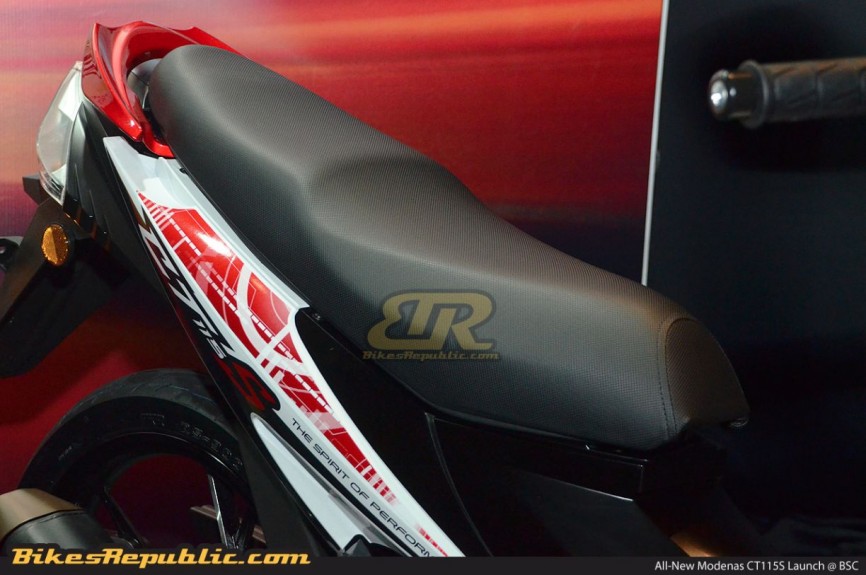 Available in two colours, the Modenas CT115S is offered with a two-year or 20,000km (whichever comes first) manufacturer’s warranty. 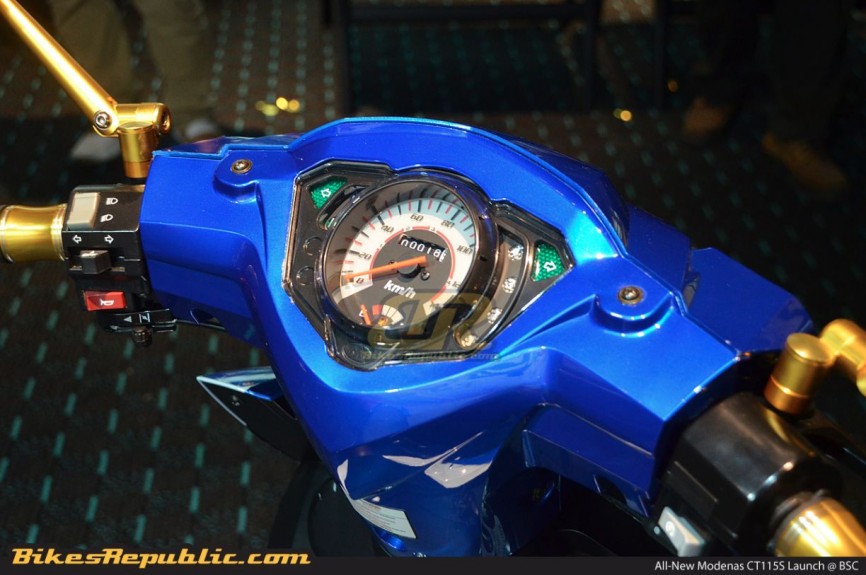 Also on display during the launch was the Modenas CT115S Gran Turismo, which was kitted out with a Givi pannier, special Givi livery, and sports wheels. 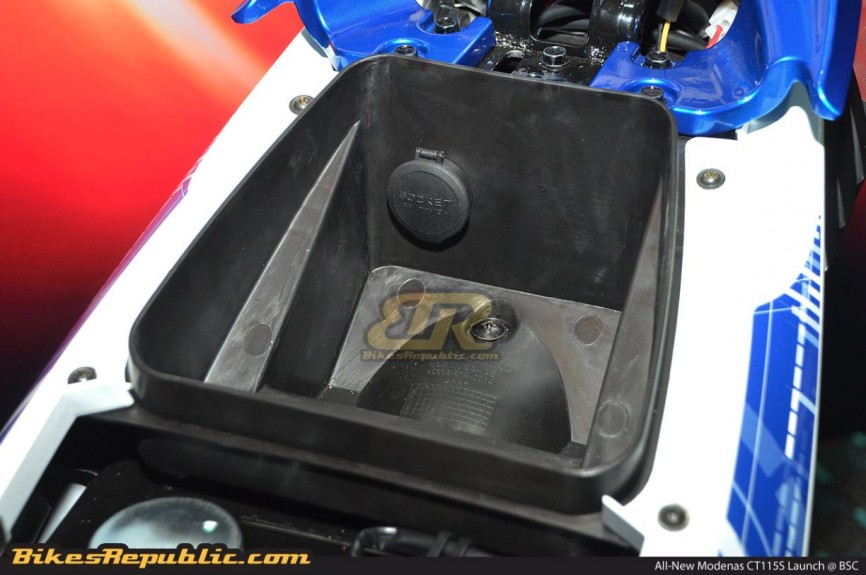 We are testing the bike this Thursday, watch out for the full review then.