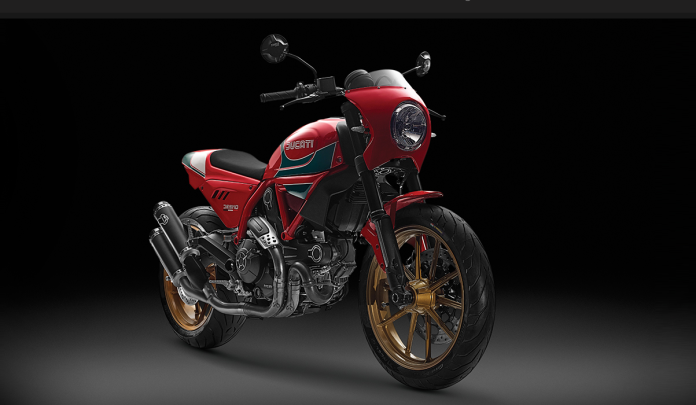 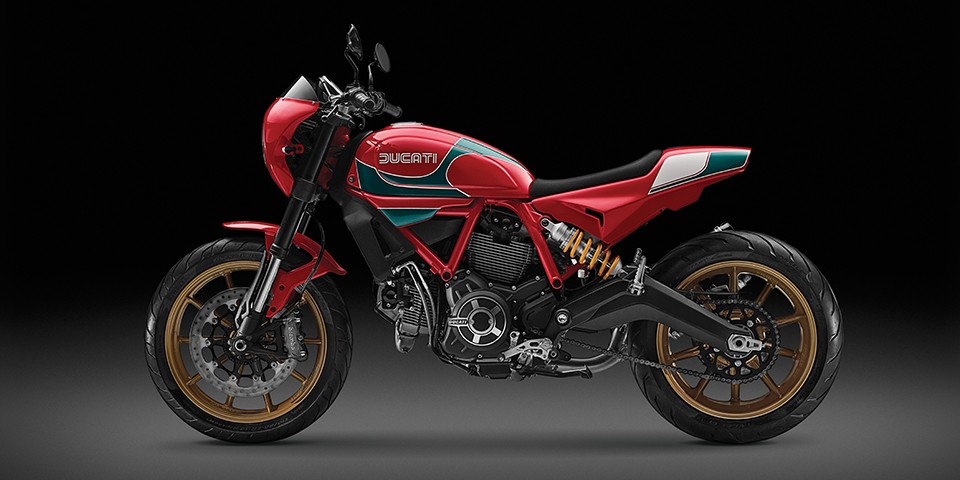 As one of the Italian’s marque’s biggest and most successful arm in the region, Ducati Thailand has been known for being showstoppers in their own right. The firm’s recent creation, dubbed the Mike Hailwood Scrambler Ducati, sees it stealing the limelight at the on-going Bangkok International Motor Show 2016.

The Mike Hailwood Scrambler Ducati is essentially customised Scrambler Icon. The base bike’s 803cc L-twin engine has been left untouched, but much of the bike’s exterior styling were customised. 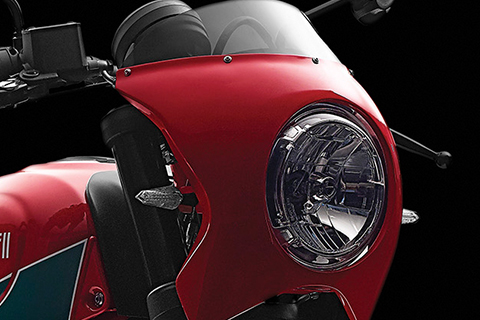 Notable highlights include the small noise fairing with a tinted screen that replicate a typical 1970s look, followed by a custom-painted fuel tank and a livery scheme inspired by Ducati 900SS ridden by Mike Hailwood in his comeback race after an 11-year break from racing. Other 900SS influence can be seen in the single-seater setup, followed by the added under-seat panel donnedwith retro Ducati Desmo graphics. 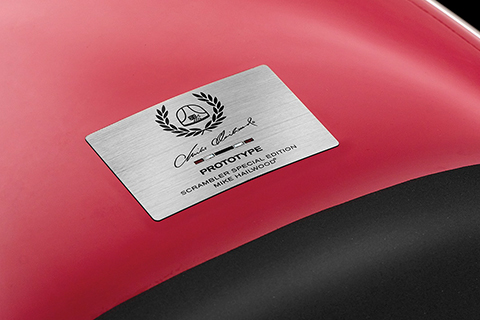 Despite the stock powerplant, Ducati Thailand have opted to prime this special custom with an Öhlins rear shock plus a Termignoni exhaust for some added aggression. The firm also took the billet aluminium mirrors from the Scrambler accessories catalogue whilst the gold-painted wheels finish things off nicely. 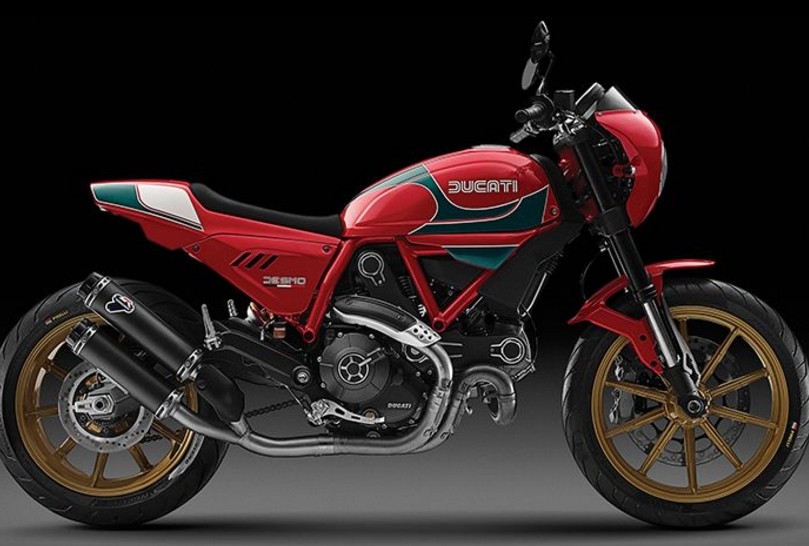 You can see more of the Mike Hailwood Scrambler Ducati special via its dedicated website, scramblerhailwood.com.