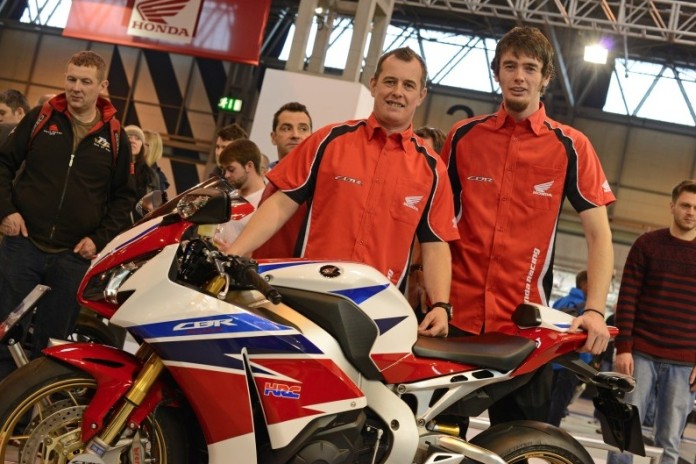 23-time Isle of Man TT winner John McGuinness and Manxman Conor Cummins announced yesterday that they will remain with the Honda Racing squad for the 2016 road-racing season.

Having won the Senior TT category this year, McGuinness said that he aims to maintain the form this year as well. Meanwhile, Cummins, who also had a strong year with the squad culminating in a pair of superbike second places at the Ulster Grand Prix, says that there’s still room for improvement.

Speaking at the Motorcycle Live event, the duo said that besides the Isle of Man TT, they will also be participating in the North West 200 and Macau Grand Prix. Cummins on the other hand, will also be racing at the Ulster Grand Prix.

“2015 was a mixed season for me, I didn’t really get the results I wanted at the North West or the TT, but it all came together at the Ulster and leaving with two second-places was great. The Fireblade is a great machine and I’m so happy to be back with Honda Racing again for now my third year,” said Cummins.

According to Honda Racing Team, the ‘Morecambe Missile’ and the ‘Ramsey Rocket’ will participate in the Superbike classes at the North West 200 and also the Superbike and Senior races at the Isle of Man TT aboard the proven Honda CBR1000RR Fireblade SP. Cummins will also take part in the 2016 Ulster GP and both riders are scheduled to race at Macau later in the year