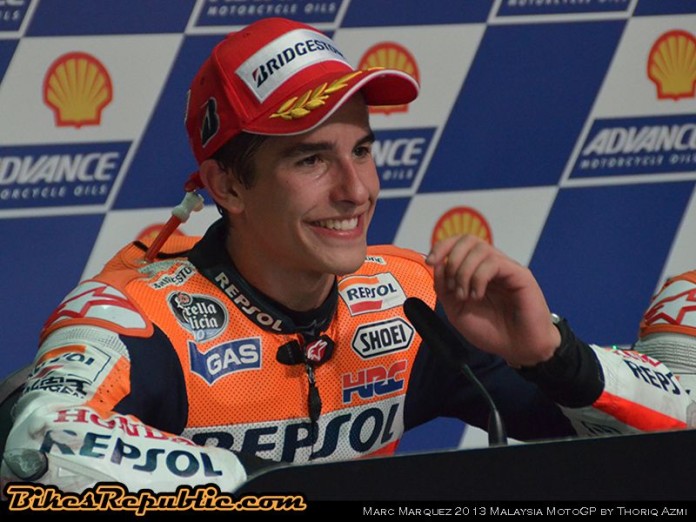 Whilst most of his peers undergo surgeries to treat injuries, newly crowned 2013 MotoGP world champion Marc Maquez recently went under a knife for a totally different reason.

Earlier this week, the 20-year-old Spanish riding sensation underwent a surgery to improve his breathing. Marquez admitted himself into the Dexues hospital in Barcelona, Spain, where he had an operation to correct a deviated septum.

Marquez is one of the very few riders on the MotoGP grid who races with nasal plaster strips adorned on his nose to aid and improve his breathing. The deviated septum is said to have caused several problems for the Spaniard. The operation was meant to enlarge his nasal cavity and remove any obstructions, resulting in greater breathing ability for the rider.

Though MotoGP bans in-season testing, riders such as Marquez still have several non-racing work duties to attend to. Sources report that Marquez will be taking a week off to rest before jumping back into a reportedly tight schedule that includes trips to Japan and Mexico. Marques will be back in the hot seat for a test session at the Sepang International Circuit, Malaysia on February 4.