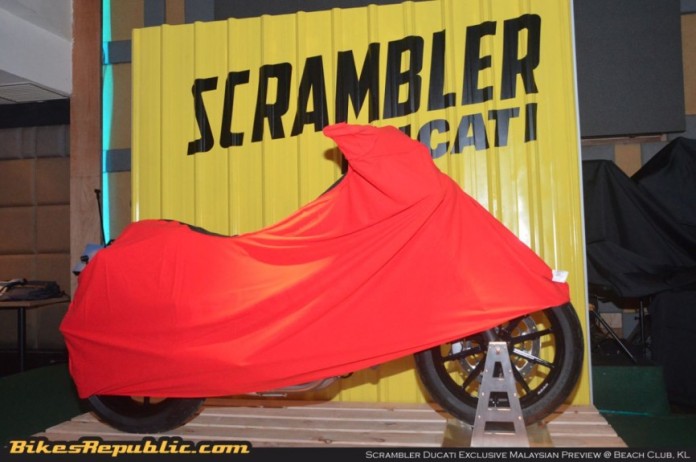 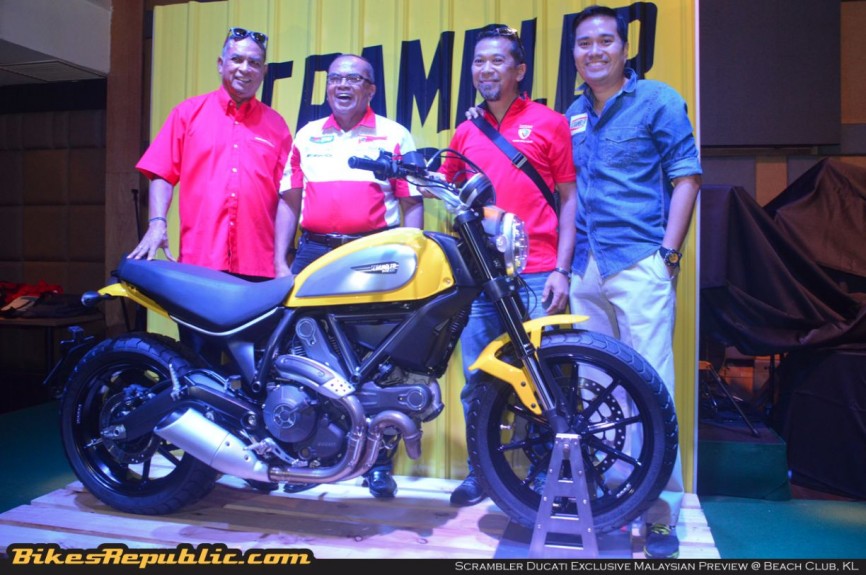 Fresh from its world premier at Intermot, Germany, the Ducati Scrambler is here in town for the 2014 Asia Ducati Week. 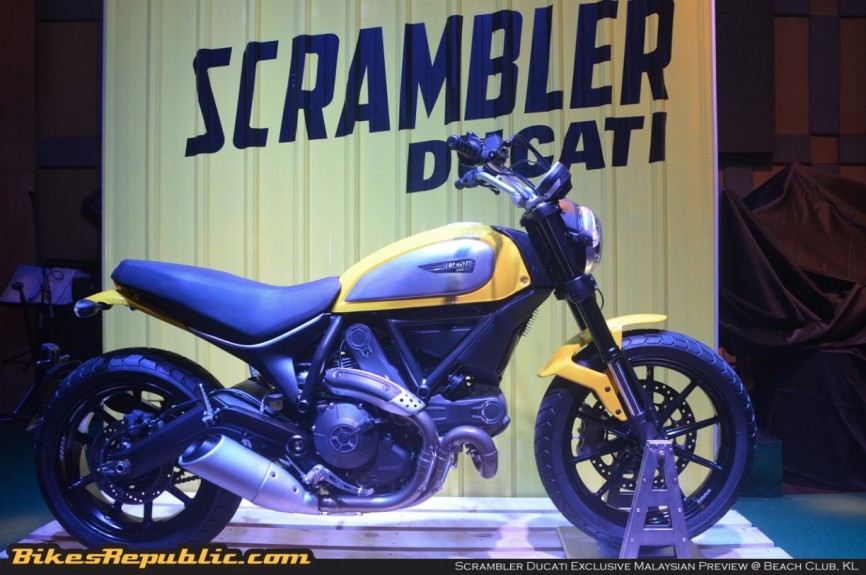 According to Juan Chow Wee, Associate Vice President of Next Bike (Ducati Malaysia), the Scrambler is a whole new world for Ducati.

Its roots started back in 1962 when Ducati made a 250cc bike called the Scrambler. 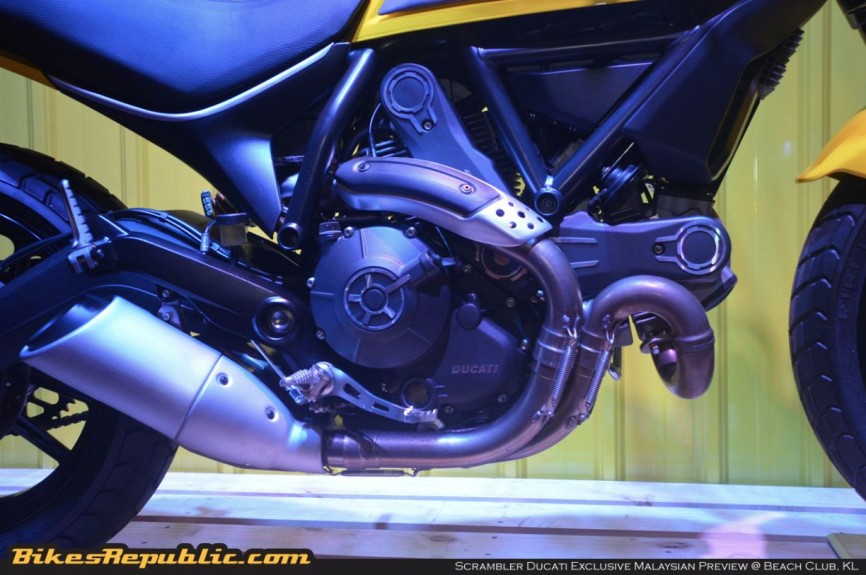 Reviving and enhancing it, the Scrambler is now powered by an air and oil cooled 800cc L- twin that produces 75hp.

While the bike looks good in pictures, its even better in real life. Lucky for us its going on a nation wide road show starting tomorrow, October 20th. So check out the scedual below and dont miss the oppertunity to have a close up look and touch it in real life. 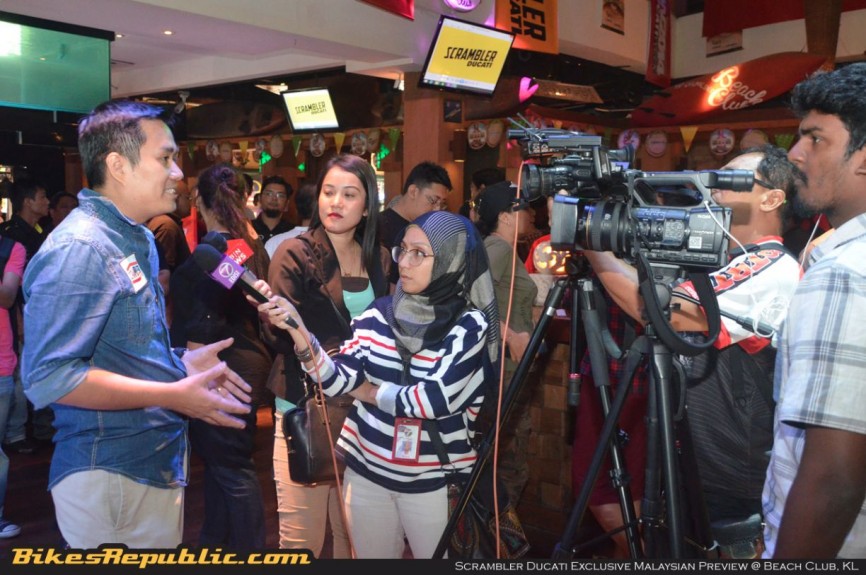 Juan says they will be officially launching it in the first quater of 2015 and it will not only come in four colours but also each colour, its own distinct style of the bike from the basic red or yellow Icon variant, to the Full-throtttle Black, the black-framed classic and wild green Urban Enduro.

No pricing as of yet but it has been teased to be around the Monster price if not cheaper. 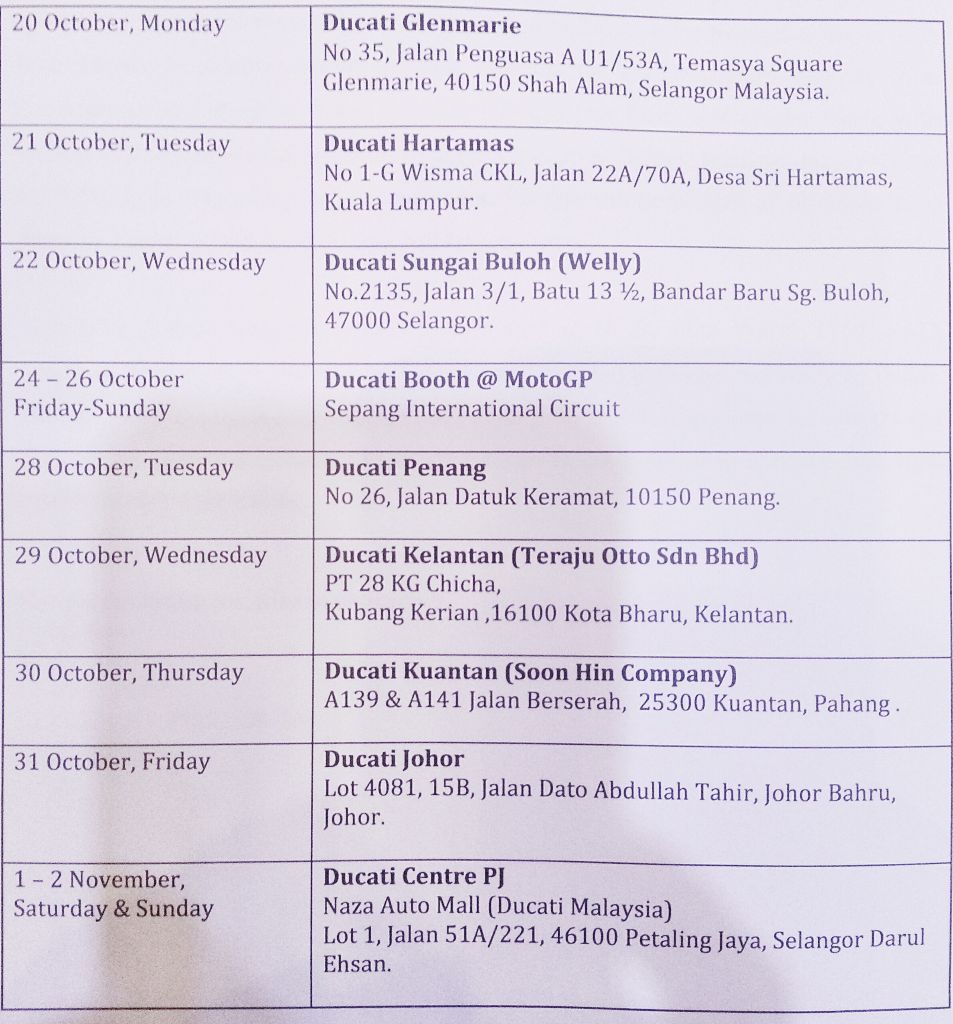 Juan also added that plans are already underway to introduce the Scrambler range into the Malaysian market sometime next year. In the meantime, you can help yourselves to the extensive mega galleries we’ve provided for you below.