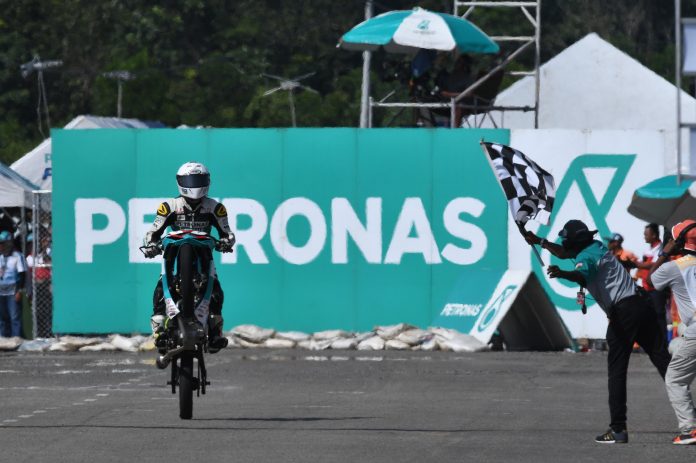 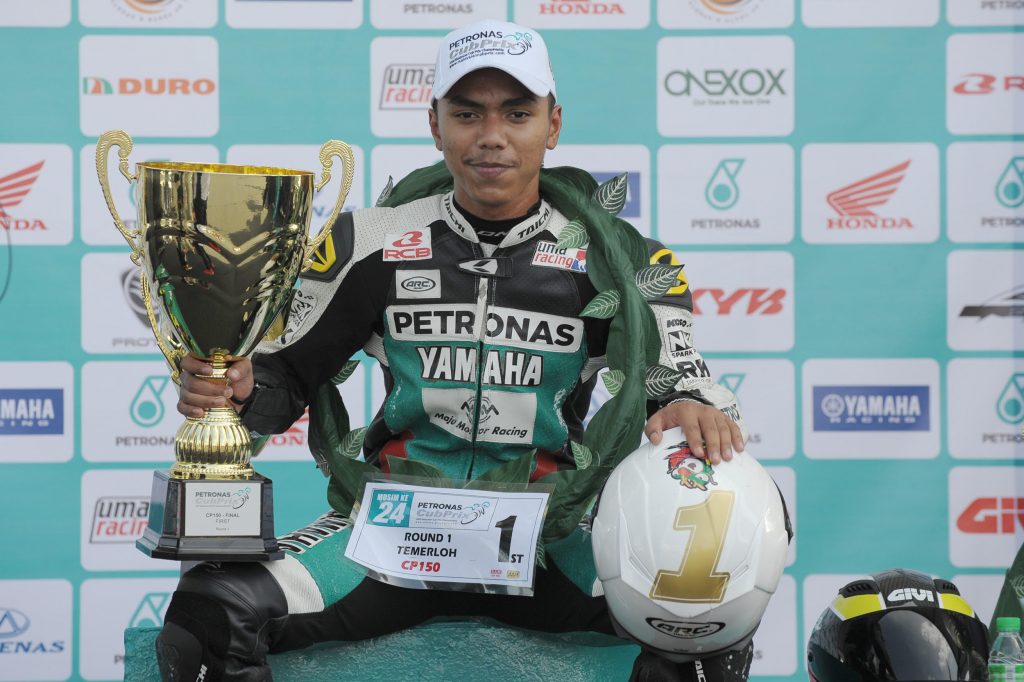 The start of the 2017 Petronas AAM Malaysian Cub Prix Championship last weekend went on perfectly for one Kasma Daniel Kasmayuddin in the season opener. During the first round of the 2017 championship which ran its course at the Temerloh Industrial Park located in Temerloh, Pahang, Kasma proved once again why he is the defending champion with a strong performance all weekend.

During practise and qualifying sessions, the race between the only two machineries in the class seemed uncertain between the Yamaha Y15ZR and the Honda RS150R. At the end of the day, it’s not the machine but the rider that counts and the Petronas Yamaha Maju Motor rider cruised to victory as the other star rider of the Yamaha outfit, Ahmad Fazli Sham came in a close second ahead of third place finisher of the GIVI Honda Yuzy Racing star, Mohd Zaqhwan Zaidi. Zaqhwan started the race in pole position but finished in P3. 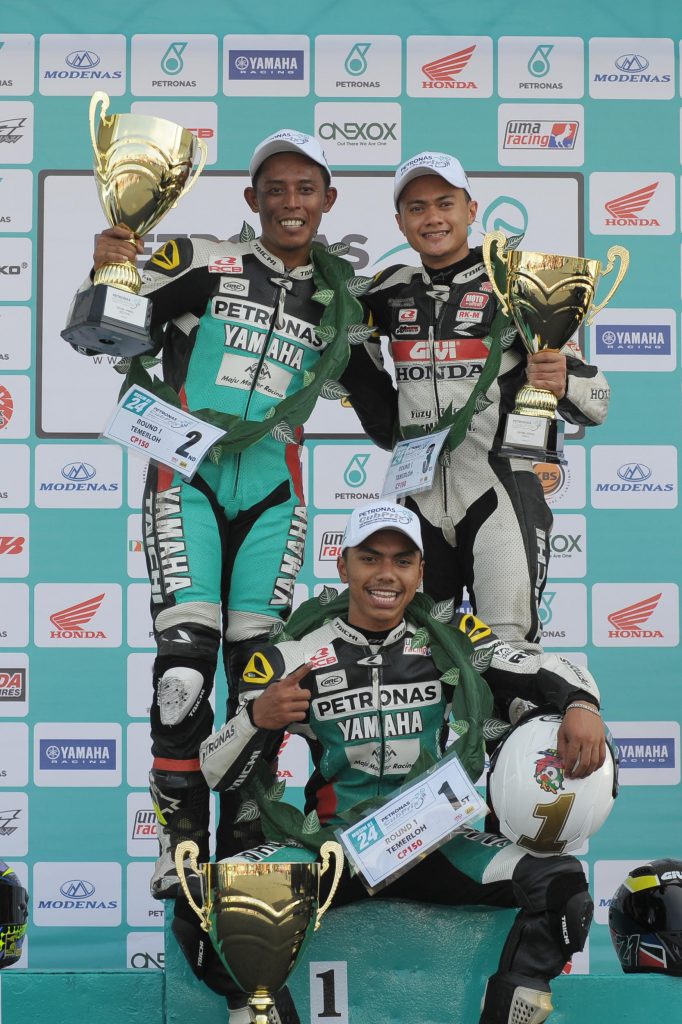 What surprised most of the riders was how Kasma quickly positioned himself in front of everyone by the first corner before blasting off without looking back. It took him only 14:38.563 to complete the 20-lap race with a 4.256 second gap between him and Ahmad Fazli Sham.

“The race was won the moment I engineered a perfect start. That was what afforded me an easy race. All I had to do was maintain the pace. Picking up maximum points is crucial for me in the first two rounds. I need to keep some points in the bank for the times when I may have to take a leave of absence due to a clash between the Cub Prix and the Spanish Championship schedule,” Kasma explained. 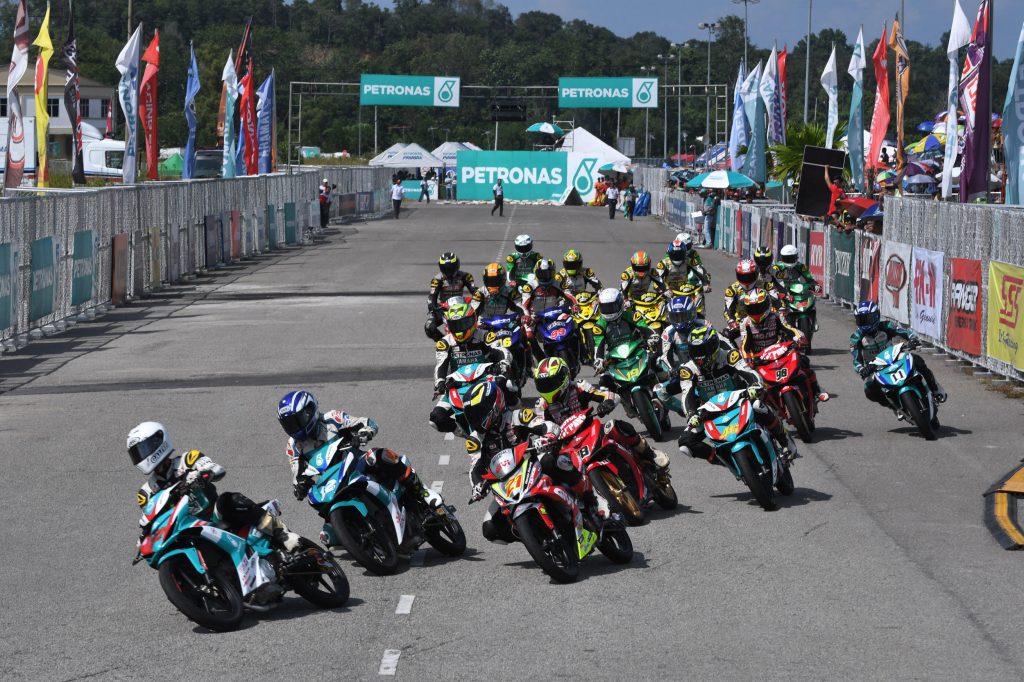 Although the fight was as tough and competitive as ever, Zaqhwan’s aggressive move towards Md Fitri Ashraff Razali from the Petronas Sprinta Yamaha – CKJ outfit who was riding defensively to maintain his position. At the final lap, the fight between the two resulted in Fitri to crash out of the race that left an opportunity for Ahmad Fazli Sham to deny Zaqhwan’s second spot. 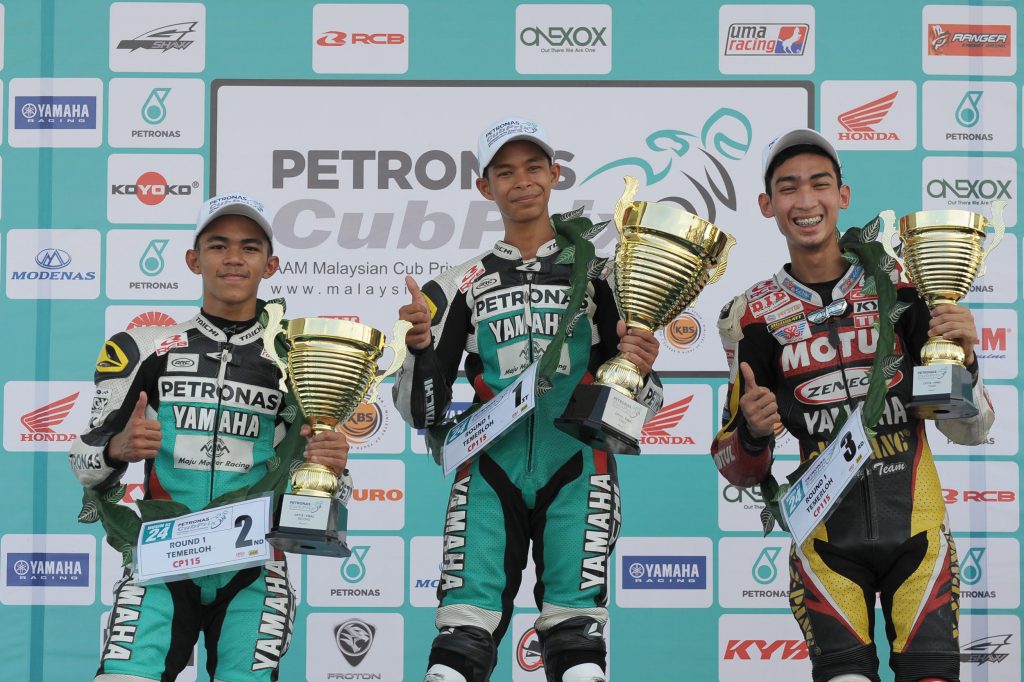 In the CP115 category, the top three riders gave quite a show to the fans in the first leg of the 2017 season. Defending champion Mohd Akid Aziz started his title defence strong with victory in the first round. The other rider from the Petronas Sprinta Yamaha Maju Motor racing outfit and Akid’s team mate, Mohd Haziq Mohd Fairues, finished not too far behind the winner with a time of 11:23.145. Tengku Amirul Haffiruddin (Motul Zeneos Yamaha YY Pang Racing) settled for third and final position on a podium with over nine seconds between him and the top finisher. 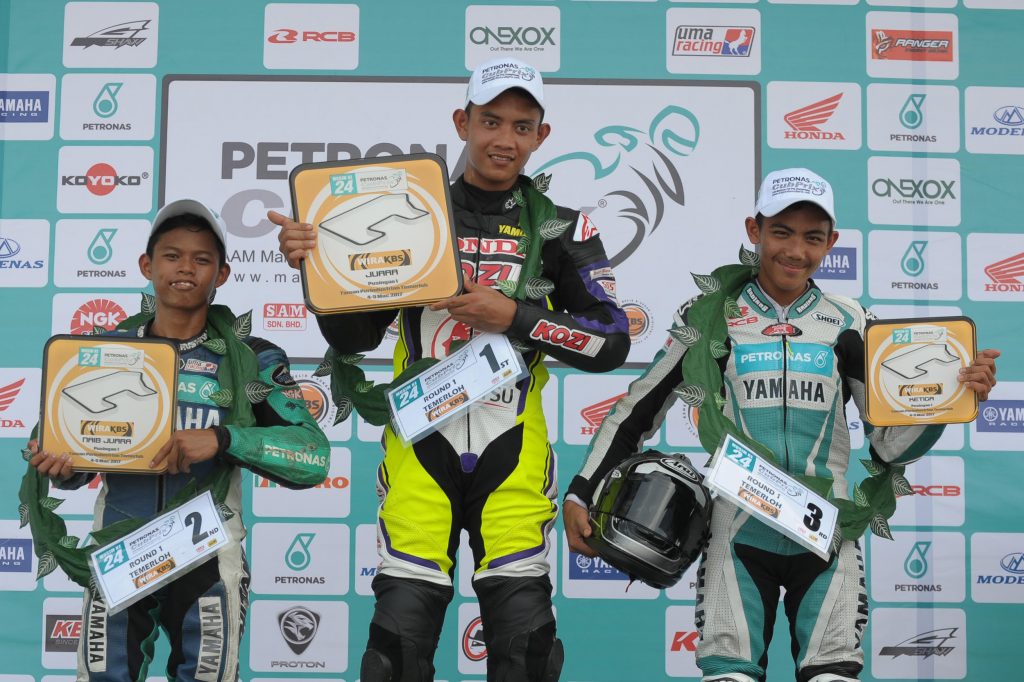 The WIRA class was an amazing sight and experience for Idemitsu Kozi Yam Honda Racing rider, Saiful Azhary Muhamad, with a win in the opening round with a time of 9:23.448. Almost three seconds behind the winner was  Mohd Daniel Syahmi from the PETRONAS Sprinta Yamaha-AFB Tech racing team. His teammate Mohd Aiman Tahiruddin finished the race in a good third position giving vital points and credit to their team.

The next round of the 2017 Petronas AAM Malaysian Cub Prix Championship will begin on 24 March 2017 in Tangkak, Johor. Stay tuned to Bikes Republic for more Malaysia Cub Prix updates. Below are the results from Round 1.