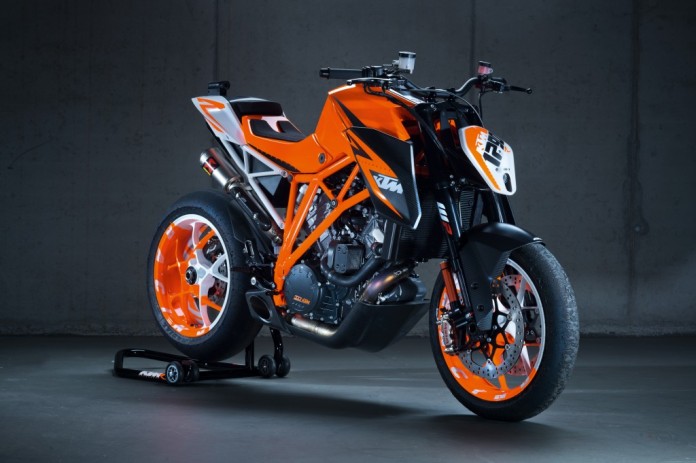 Austrian motorcycle brand KTM has reportedly announced its plans to reveal a production-ready KTM 1290 Super Duke R at EICMA later this year. The announcement came  during the revealing of a new one-off prototype christened as the Super Duke R Patriot Edition.

To mark the occasion of the Fourth of July, the one-off Patriot Edition was revealed exclusively to its American dealers recently. Unlike the prototype’s signature orange livery, the Patriot Edition boasts a stars and stripes graphics theme, along with a blue paintjob inspired by the American celebration. Think ‘Star Spangled Banner’, except its on a power super-naked. 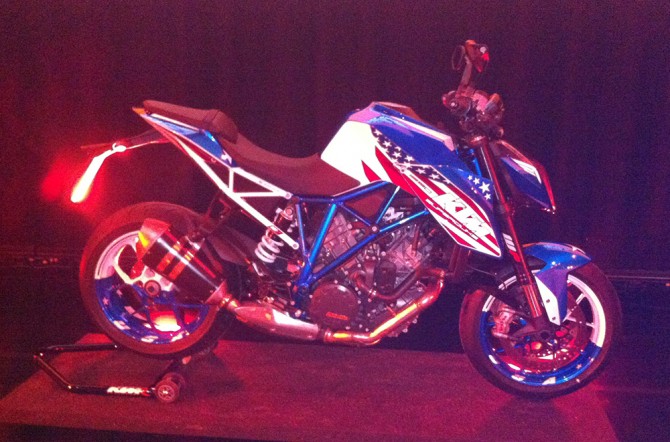 KTM states that the 1290 Super Duke R will go into production after its scheduled reveal at EICMA this year. The firm has set its sights on making the new bike available in showroom floors by December.