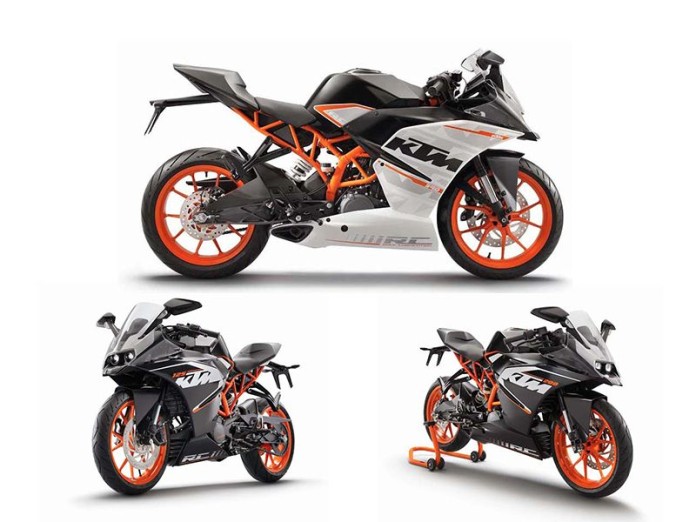 After several days of searching and connecting the dots online, we bring you these first leaked images and details of KTM’s new RC125, RC200, and RC390 models. 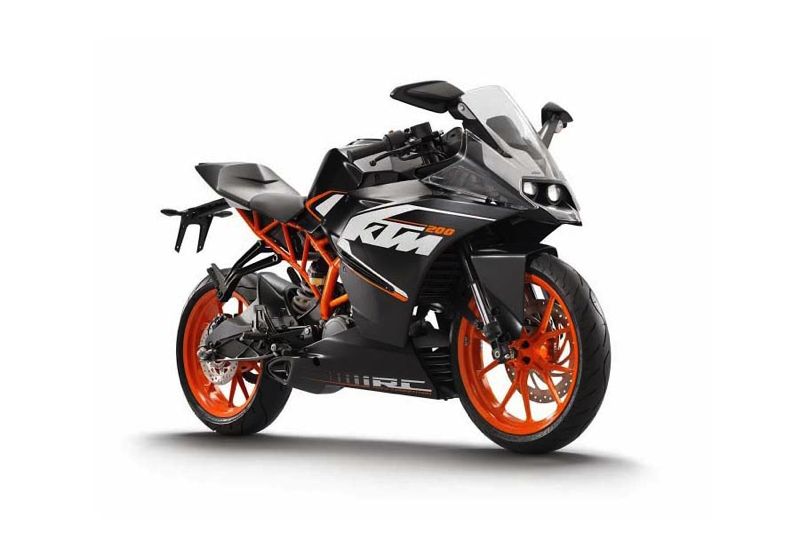 Built based on the brand’s highly successful Duke series, the new light and middleweight RC model range sits at the edge of Europe’s current A2 license tier. These models bring forth some lovely looking “Moto3-inspired” and aerodynamically optimised full-faired exterior bodywork, and all appear to be pillion-ready as well. What is more significant is the fact that the production RC390 road bike looks almost similar to the RC390 Cup Racer we reported on not too long ago. It does have a silencer-equipped exhaust, street-legal head and tail lamps, as well as a set of integrated blinkers, but the resemblance are remarkable. 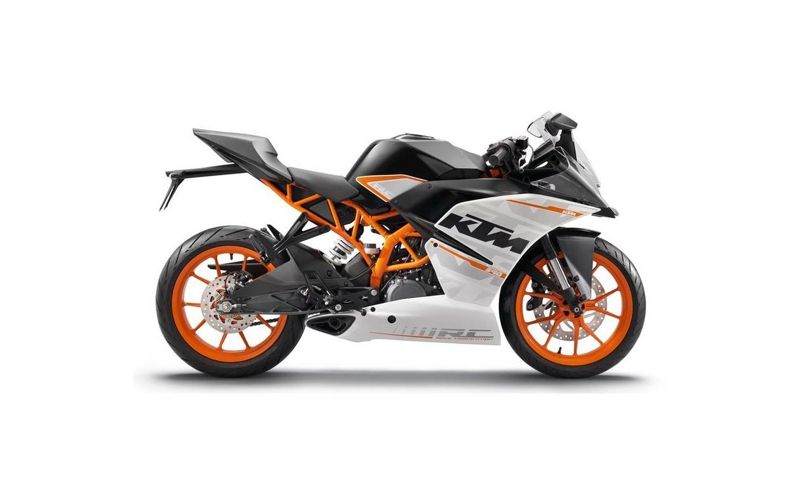 These bikes have been long expected. KTM is scheduled to debut them this month during the annual EICMA bikes show in Milan, Italy. It seems our favourite orange-liveried Austrian bikes maker have delivered well with this new model range. We only managed to find leaked details of the RC125 and RC390 models at present. Here is everything we know about them based on leaked specifications from our sources online. 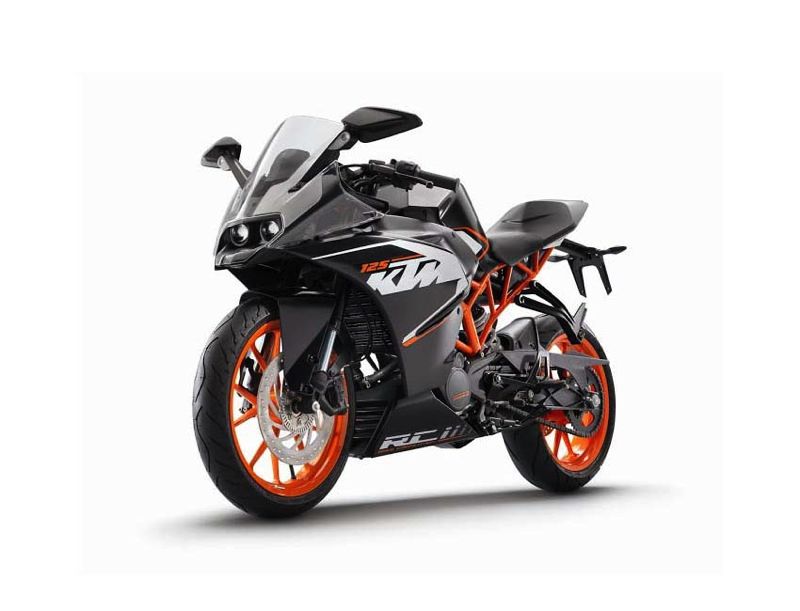 According to the leaked specs, the RC125 is powered by a 124.7cc water-cooled four-stroke single-cylinder engine that develops 15hp. Power is transmitted via a six-speed claw shifted transmission that also features a mechanically operated wet multi-disc clutch system. 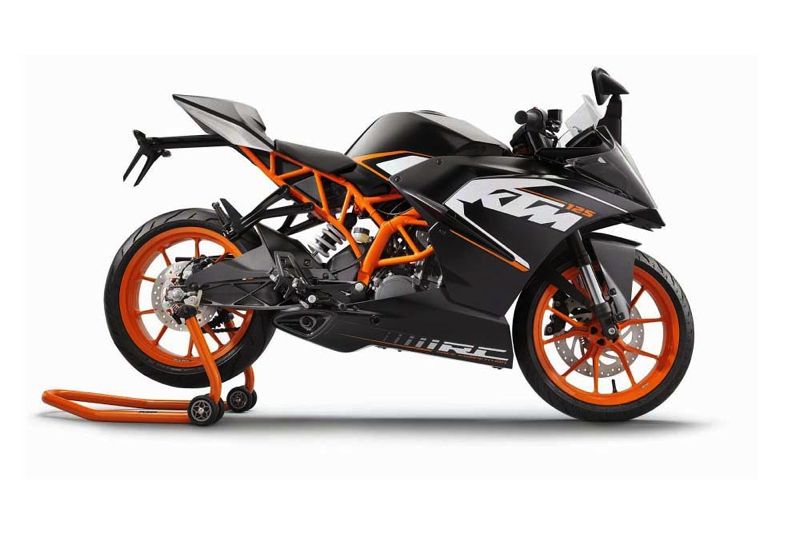 The powertrain is housed in a steel tubular space frame chassis, with its wheelbase measuring in at 1,340±15 mm, an unloaded ground clearance of 175.8mm (unloaded seat height:820mm), and weighing in at 135kg (dry). Besides these, the chassis also includes a set of 300mm (front) and 230mm (rear, floating) disc brakes with single-pot callipers all-round, as well as WP Suspension kitted for the front forks and rear shock. The model also comes equipped with a fuel tank capacity of 10-litres. 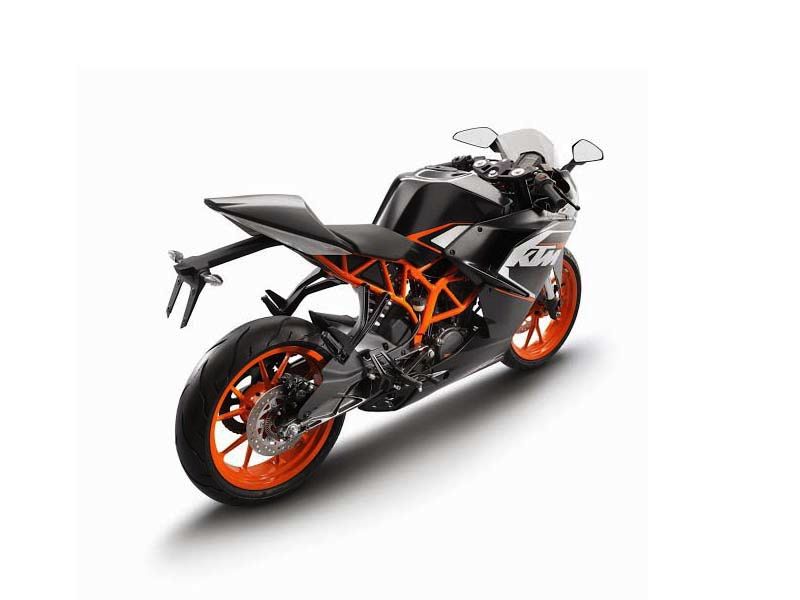 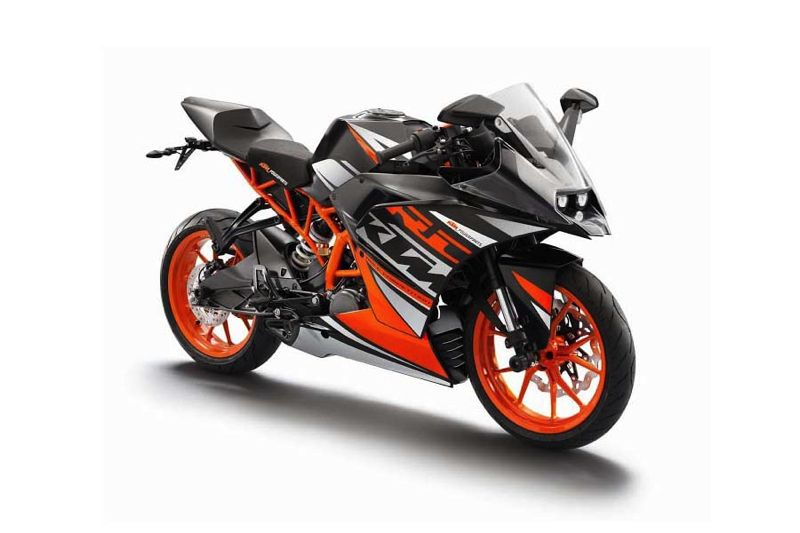 Whilst the RC200 details still eludes us, we do have information on the larger-sized and range-topping RC390 model. The RC390 uses a larger 373.2cc water-cooled four-stroke single cylinder engine, generating a maximum output of 43hp. All power is channelled using a six-speed claw shifted transmission with, of course, wet multi-disc clutch system. 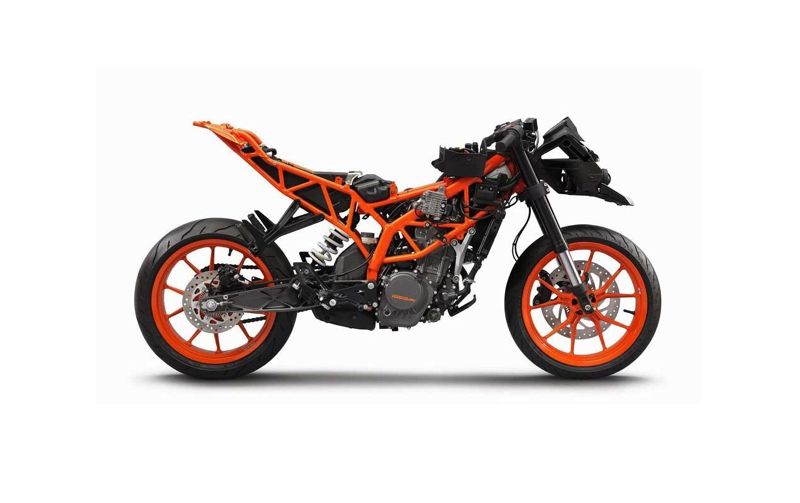 The RC390 also utilises a steel tubular space frame chassis and has the same all-round measurements as its smaller RC125 sibling. Other similar parts include the front and rear single-disc and single-caliper brakes, the 10-litre fuel tank, and the WP Suspension rear shock. It does however utilise an inverted telescopic front forks instead that is similar to the RC8 R, and a lightweight alloy swingarm. 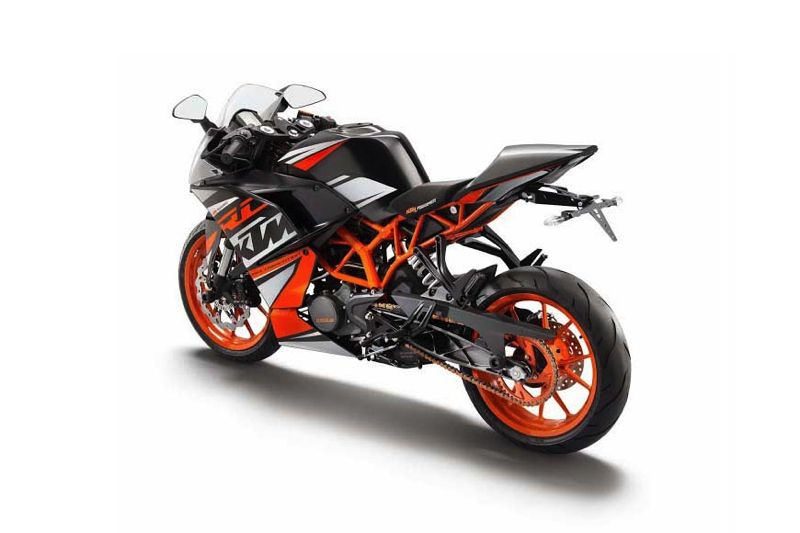 We will have more on these new KTMs as soon as official details are released after their debut at EICMA. Until then, we have prepared the galleries below for you to browse, if you don’t mind the occasional low-resolution photo (expected from leaks), including a gallery of the RC390 Race version. Enjoy.