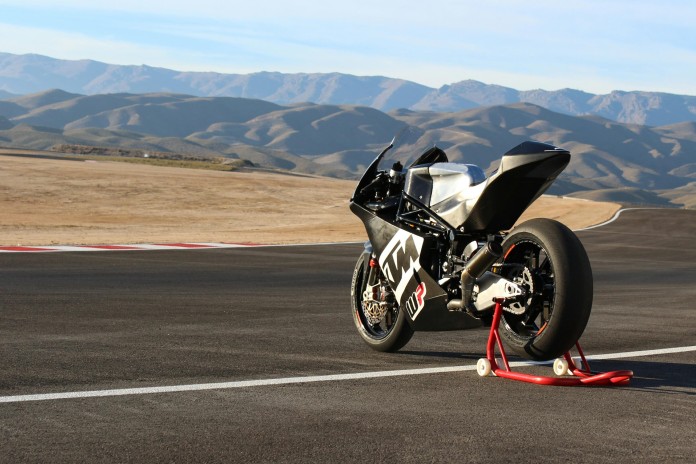 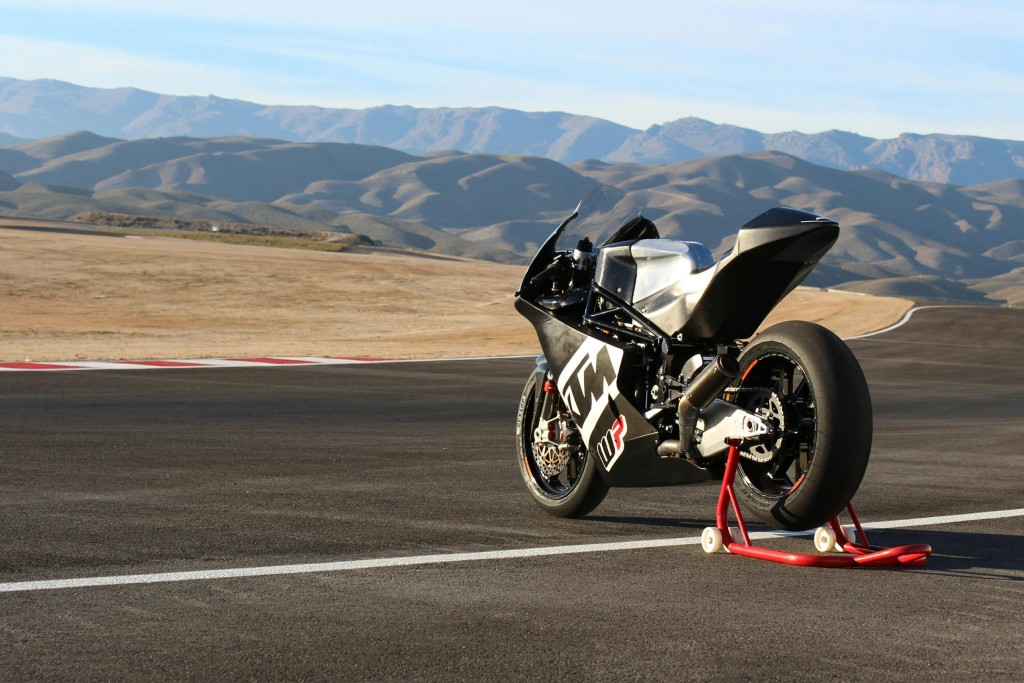 Surprise, surprise, this is the first image of a secret Moto2 race bike built by Austrian brand KTM with its  partners WP suspension. The Austrian brand reportedly confirmed the project’s existence last weekend and reports also indicate that the bike will be rolled out officially later this week.

With its secret Moto2 project now revealed, it stands as a clear sign of the Austrian manufacturer’s interest in the Grand Prix racing world. KTM are already present in the World Moto3 Championship for the past few years, and will mark its wildcard entry into the premier MotoGP class later this year before its full entry in 2017. KTM’s planned entry into Moto2 will complete the brand’s presence throughout all three classes in GP racing.

The existence of KTM’s Moto2 program has been a closely guarded secret, and comes as a huge surprise to many. Since its inception, the class’ use of spec-engines supplied by Honda has deterred many manufacturers from entering. One such case was the cancelled bid by Aprilia.

Since Honda’s contract as the Moto2 class’ spec-engine supplier ends at the end of the 2018 season, there has been much speculation as to what will replace it. Honda have expressed disinterest in continuing, but Moto2 teams have agreed to continue the spec-engine rule as it makes the class much more cost-effective to compete in – it is in fact cheaper, to a certain extent, to run a Moto2 outfit than it is in Moto3.

KTM CEO Stefan Peirer was quoted by sources in stating:

“The Moto2 project has a great significance for us. Through our growth and long-term investments we are in a position to close this final gap in our activities in the sport of Grand Prix road racing.”

Reports also indicate of KTM’s plans in constructing a road map for young riders from the Red Bull Rookies Cup to compete with the brand. The path starts from Moto3, with the new Moto2 project acting as an intermediary before advancing up into the premier MotoGP class.

We will have more as soon as KTM makes things official during the bike’s planned rolled out later this week.