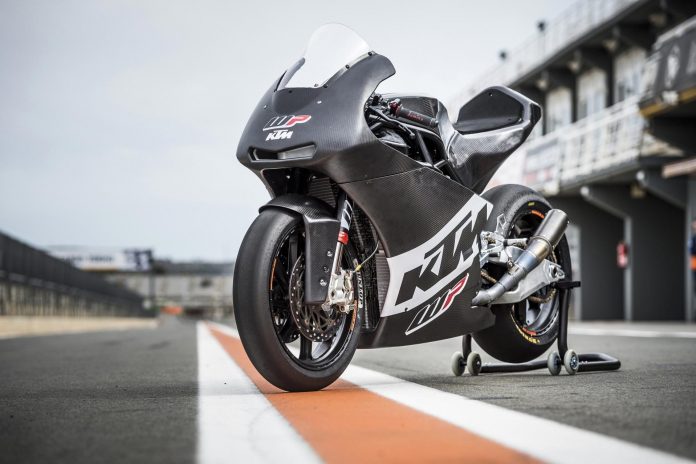 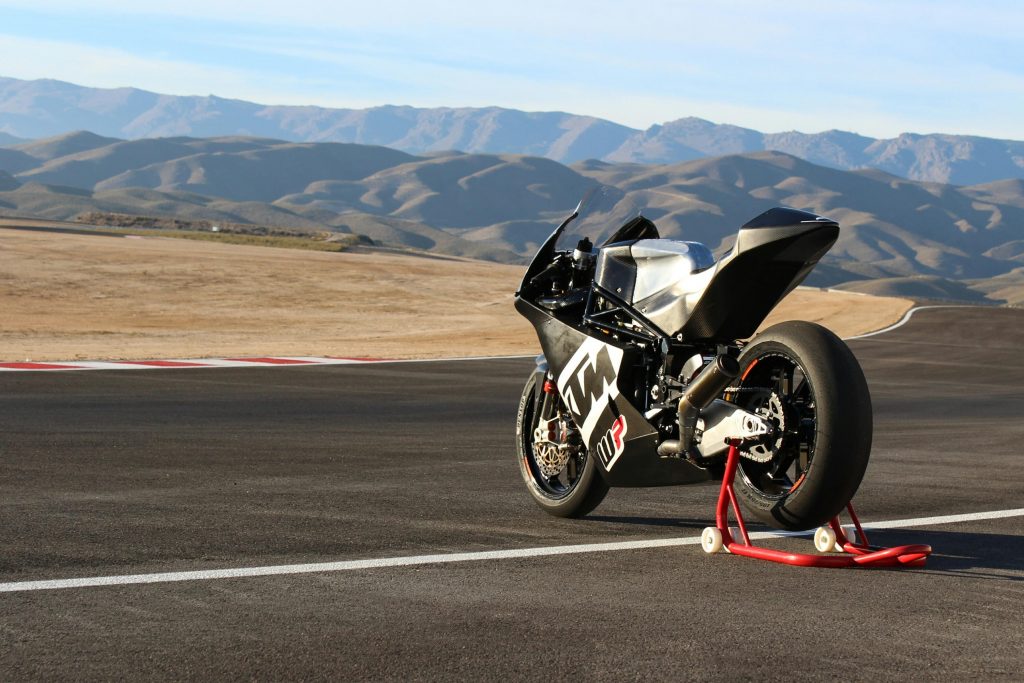 Loyal readers would remember our initial report of the KTM Moto2 program form earlier this year. Built through a partnership with WP Suspension, all systems appears to be ready to race – literally – from 2017 onwards.

Though it may seem awkward at first to note that KTM and WP Suspension have built a bike surrounding rivals Honda and its 600cc engine platform, the Austrian brand is dead serious about its MotoGP presence in all three classes indeed.

Under the direction of Ajo will be South African rider Brad Binder and Swiss rider Thomas Lüthi. Binder currently leads the Moto3 championship standings and races for both Ajo and KTM in the Red Bull KTM Ajo Motorsports Moto3 team as well – elevation up to Moto2 with both seems natural for the youngster.

Lüthi, on the other hand, stands as one of the most experiences Moto2 riders on the grid currently. Having raced in the category since 2010, he is currently racing astride a Kalex for the Garage Plus Interwetten race team. The Swiss has scored six wins and 31 podium finishes in total from his 110 race starts in Moto2.

Assuming that suspension specialist WP Suspension have built a solid chassis, there’s very little reason to doubt that the KTM Moto2 program will begin strongly when it arrives on the grid next year.

Notably, the Moto2 championship will remain Honda powered only until the end of 2018. The search for a new engine supplier will definitely happen and we cannot rule out the possibility of KTM taking Honda’s place here just yet.