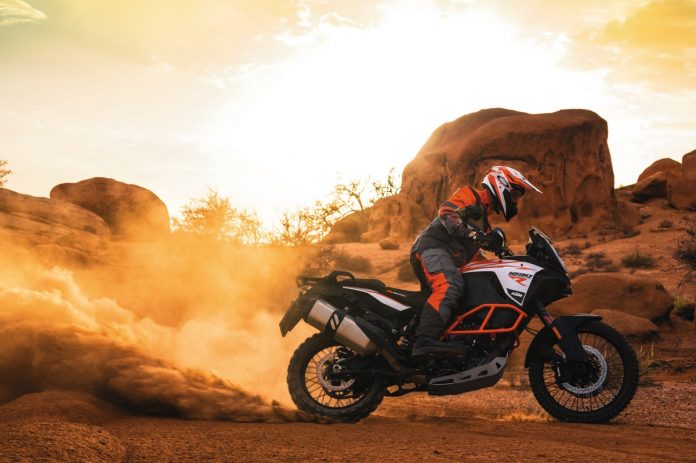 For Austrian brand KTM, the bi-annual INTERMOT show is somewhat of a home ground for it. The 2016 edition of the event held this week saw Team Orange unveil new additions to its 1290 Super Adventure range plus its new 1090 Adventure series as well.

Here’s our walkthrough of the new orange touring and dirt-busting machines. 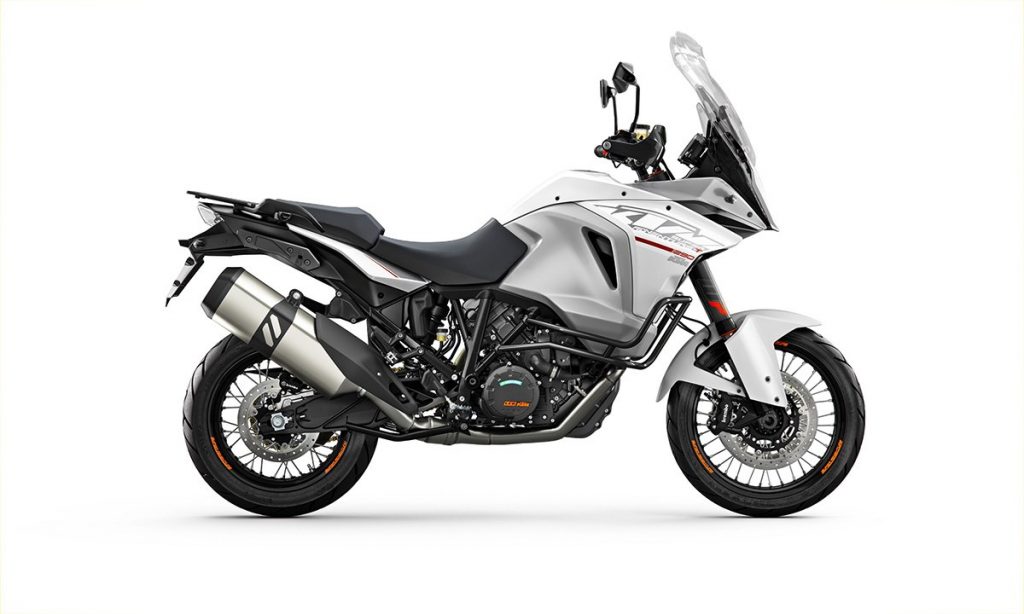 The ‘T’ in its name denotes ‘Travel’, thus making it easier to differentiate against its new street-focused ‘S’ and off-road ready ‘R’ siblings. 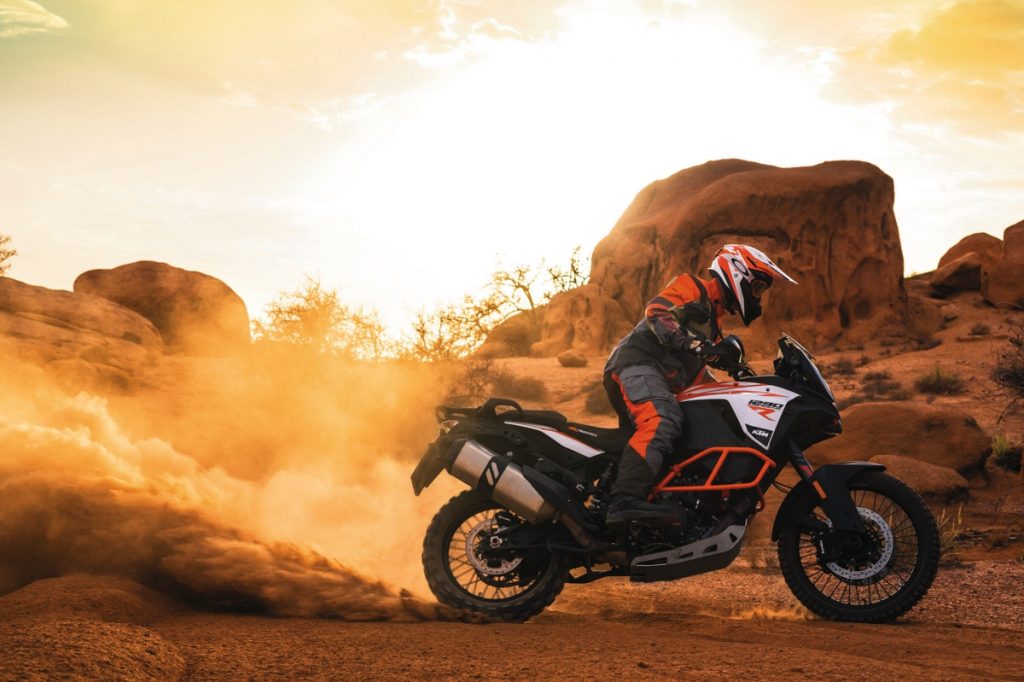 Typical of any KTM R-spec enduro models, it gets the usual treatment of an orange-painted frame, the adoption of higher travelling and fully adjustable WP Suspension kit plus spoked wheels measuring 21-inches up front and 18-inches at the rear, both wrapped in tubed tyres. 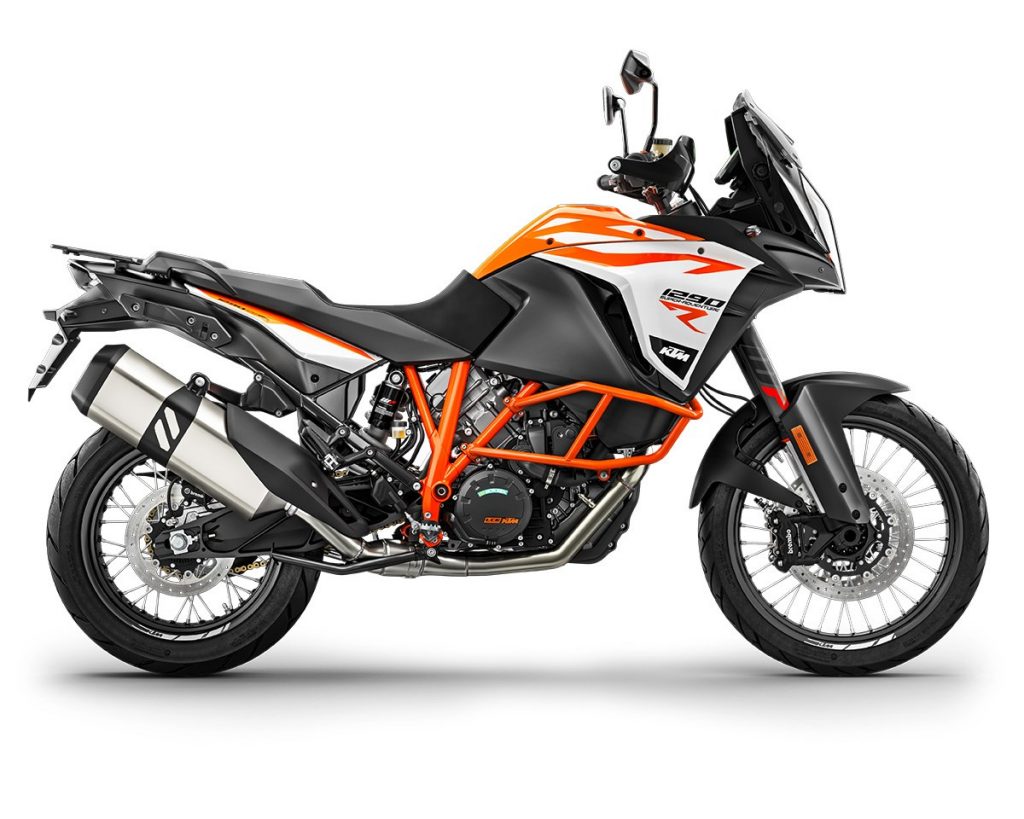 Notably, the R’s powerplant has been tweaked and now offers 160hp and 140Nm of peak torque, with 108.5Nm of the latter is reportedly already available from as low as 2,500rpm in fact. Also rightfully added in the R is the Off Road riding mode, streamlining all the necessary electronics accordingly. 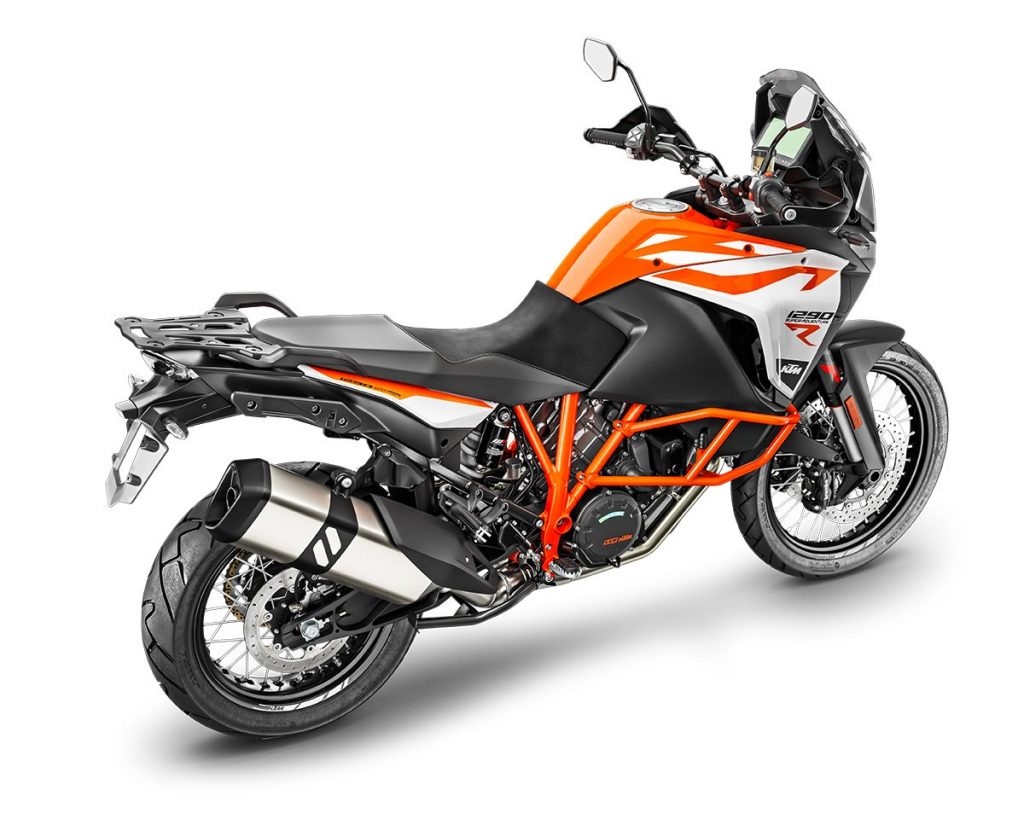 Other features worthy of mention include a USB charging port integrated in a nifty waterproof mobile phone storage cubby, a new 6.5-inch TFT full-colour digital instrument display, keyless ignition, cruise control, as well as a vast selection of luggages too. 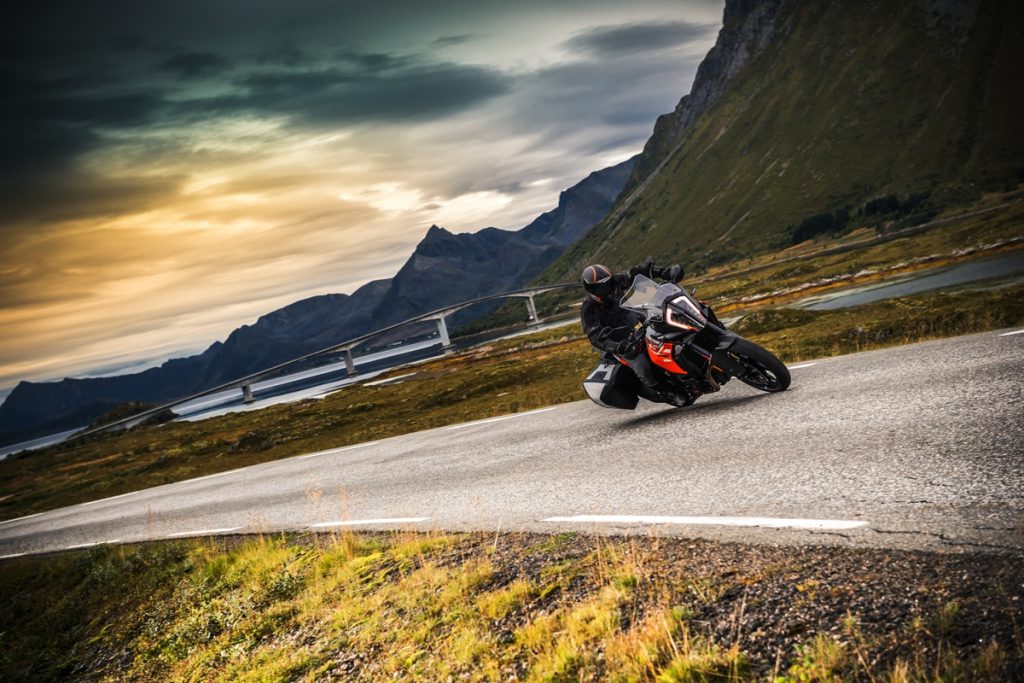 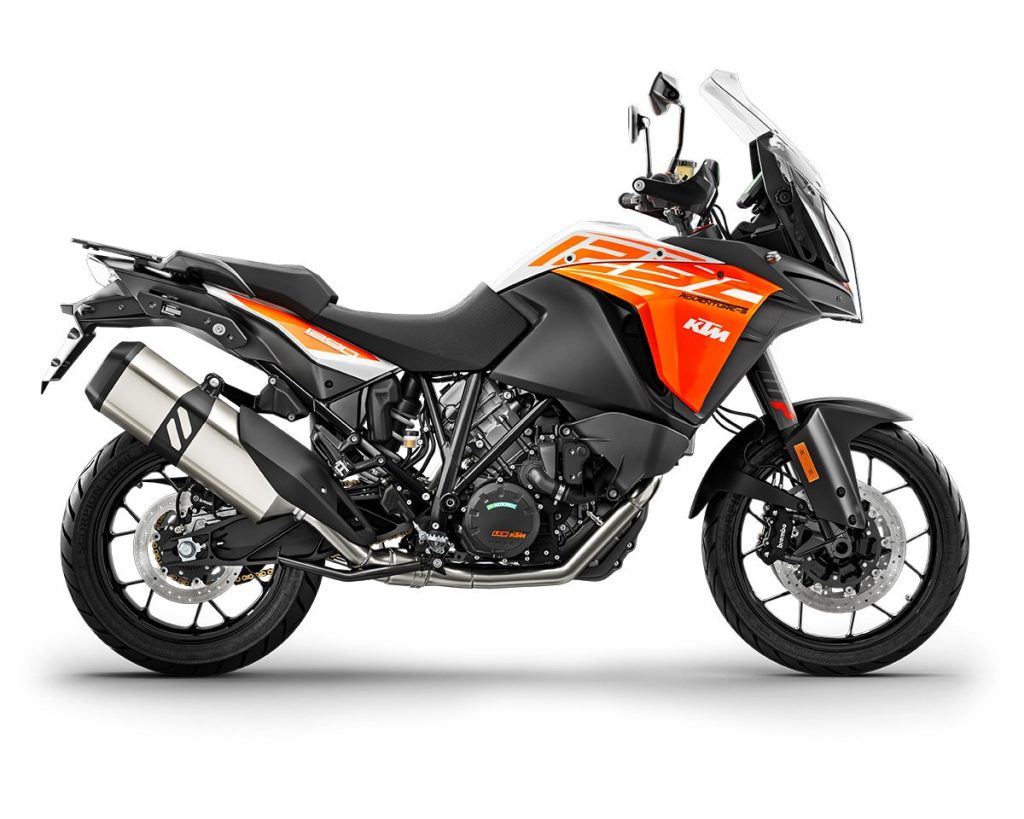 The biggest change here over the T model it underpins is the adoption of shorter travel semi-active WP Suspension suite instead, with this new hardware lowering the bike’s centre of gravity further in the process. The seat height has been lowered to 860mm or 875mm from the R’s towering 890mm figure. 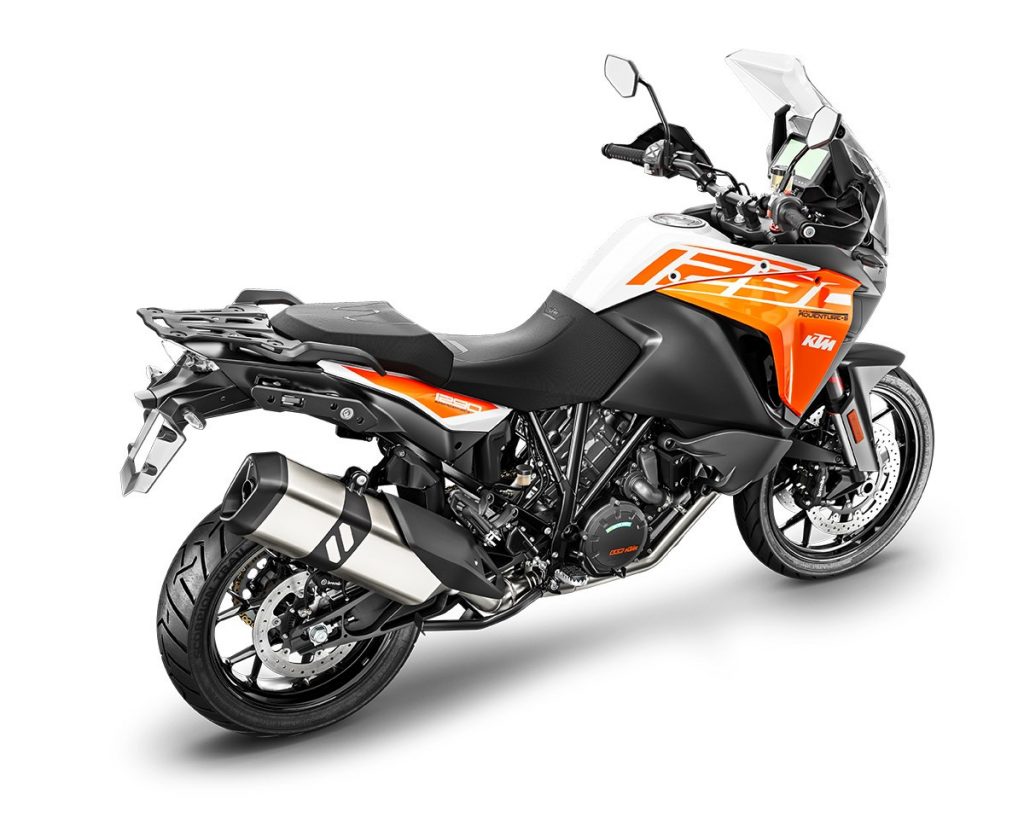 Wire-spoked wheels also make way for cast types measuring 19-inches up front and 17-inches at the rear, both wrapped in road-focused tyres instead. The S does offer the R’s 6.5-inch TFT full-colour instrument display whilst standard-equipped electronics include stability control and combined ABS. 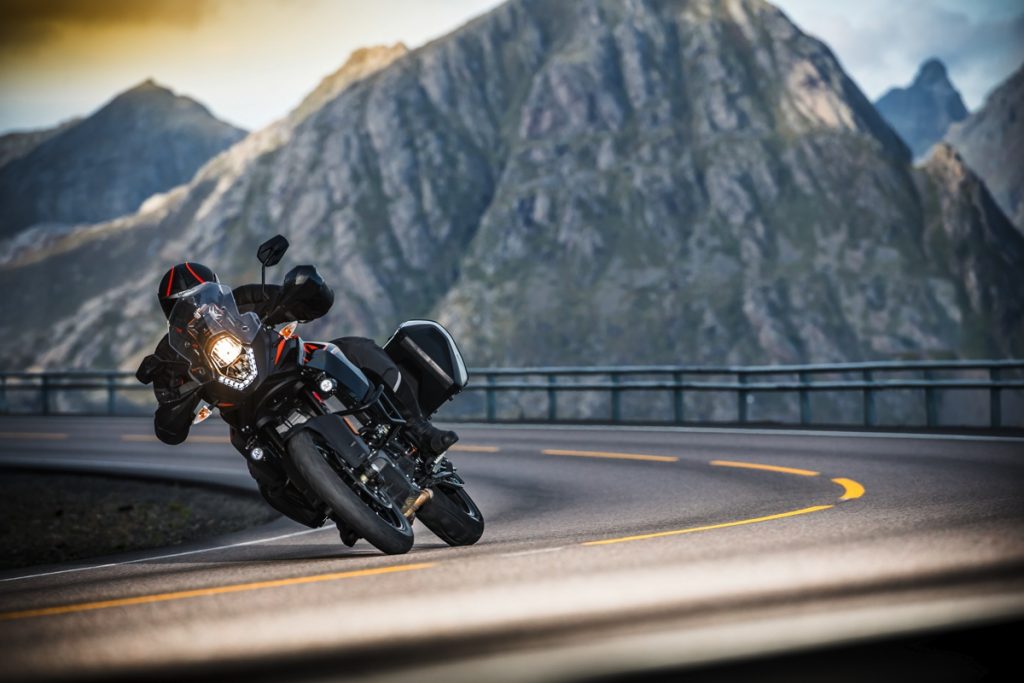 2017 KTM 1090 Adventure & Adventure R
KTM opted to introduce its heavily revised entry-level 1050 Adventure model as the 1090 Adventure for 2017, offering in two variants as well – a street-focused base model and an off-road-ready R offshoot. 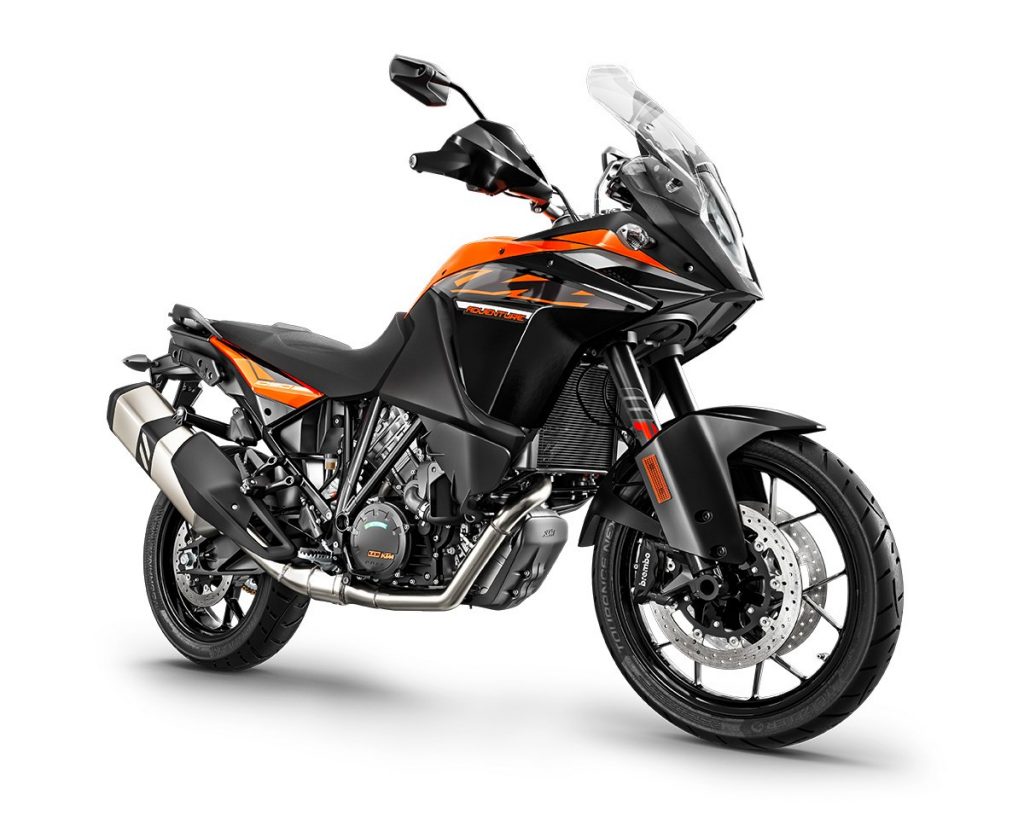 KTM has updated the 1,050cc V-twin to meet Euro 4 standards whilst power figure now stands as 125hp. The street-focused base model now rolls on 19-inch front and 17-inch rear cast alloy wheels plus a lower seat height of 850mm. 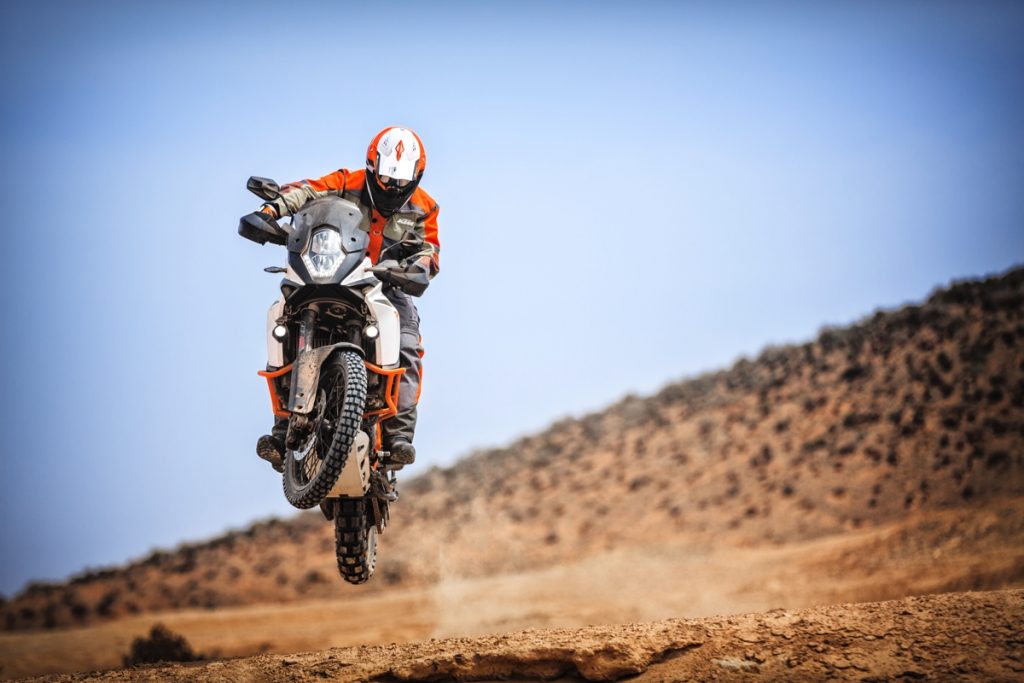 The new R model uses the same powertrain, but it gets fully adjustable high-travel suspension instead, as well as off-road tyres wrapped around wire-spoked 21-inch front and 18-inch rear wheels. It also gets a taller seat height of 890mm. 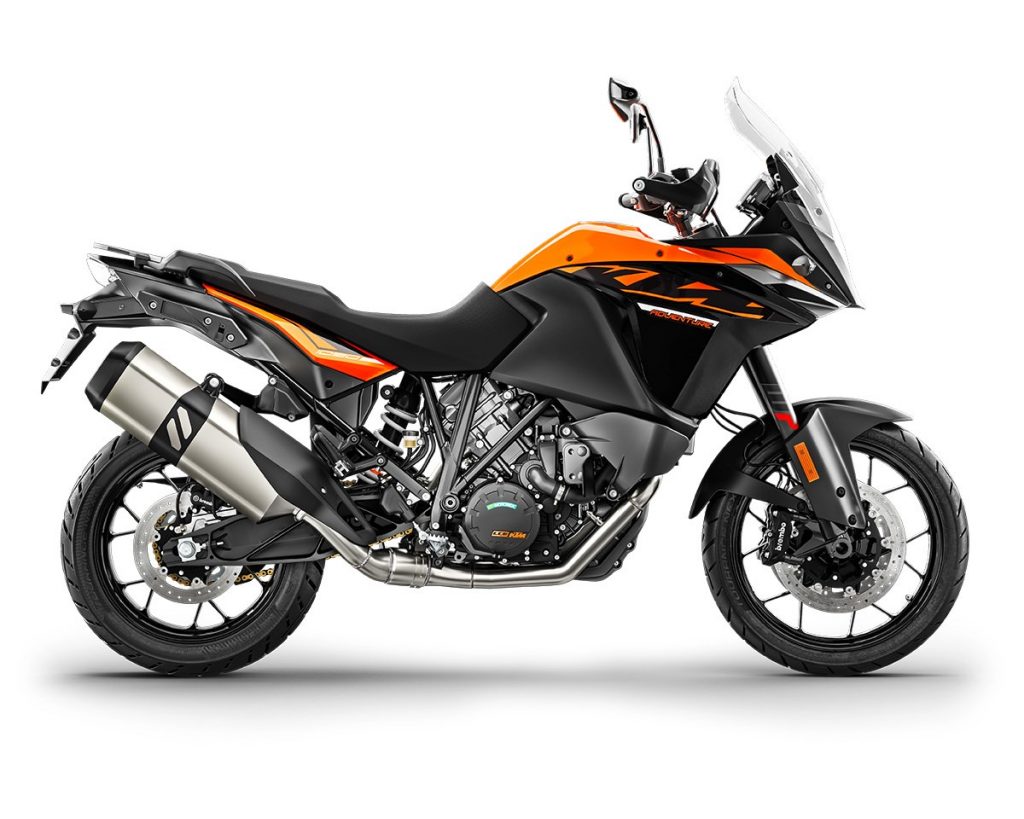 Electronics in both models are similar. The list is comprised of ABS, selectable riding modes and multi-level traction control. Anchors come in the form of twin 320mm front discs grabbed by Brembo quad-piston calipers linked to a Bosch 9M+ ABS software.

Additionally, the screen, handlebars, footpegs and handlebar levers are adjustable in the R variant. There’s also fully integrated luggage as an optional extra that includes a rugged-looking set of side cases and a topbox.