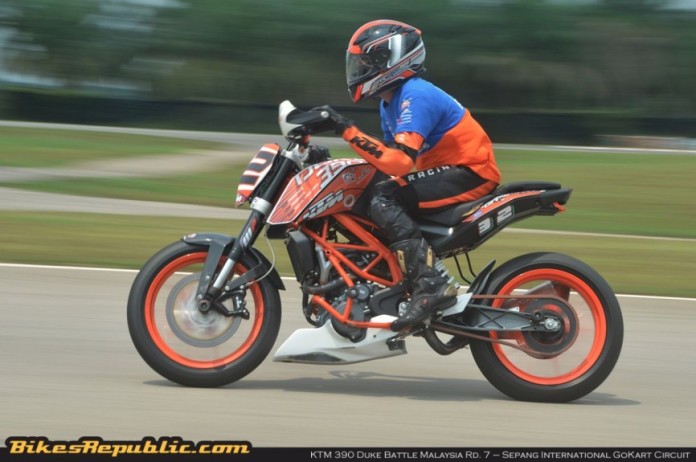 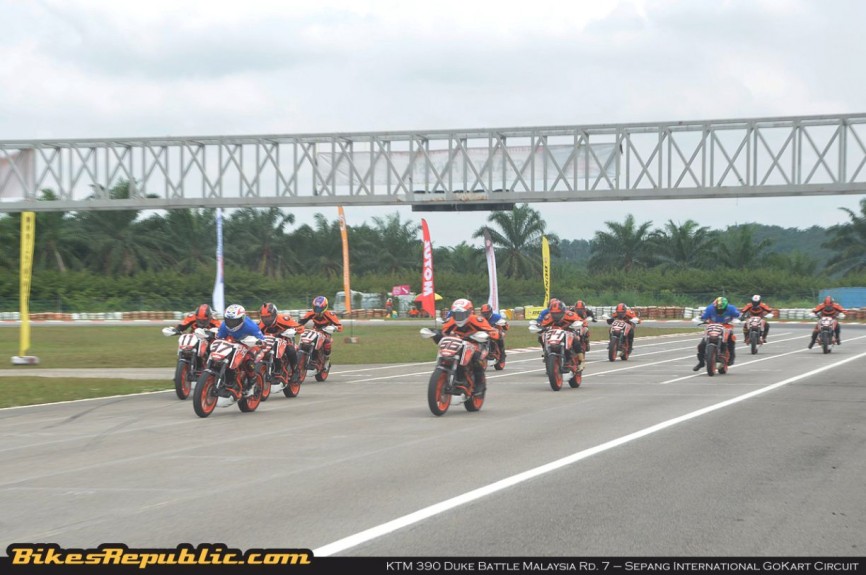 Orange fever invaded the Sepang International GoKart circuit last weekend as the KTM 390 Duke Battle Malaysia one-make series held its seventh and final selection round. The round was held as the support event to the weekend’s KBS-MAM Kapcai Endurance Series Rd. 8 main event. As always, Practice and Qualifying sessions were held on Saturday, followed by two sprint races lasting 10 laps each. 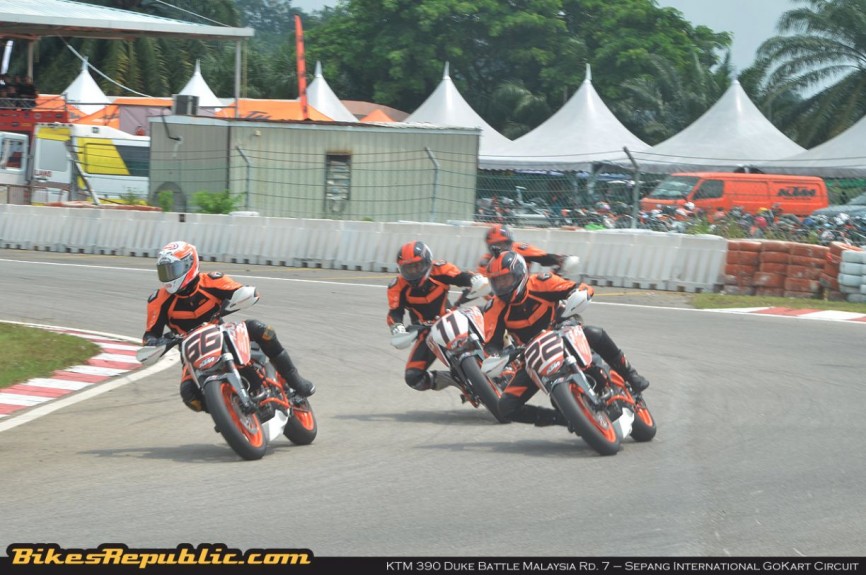 For many riders on the grid, the 1.247km-long Sepang International GoKart Circuit proved to be quite a challenging layout. This, however was not the case for the weekend’s winner, Ahmad Idham Khairuddin. If the name sounds familiar, Idham is the younger brother to national Moto3 rider Zulfahmi Khairuddin. 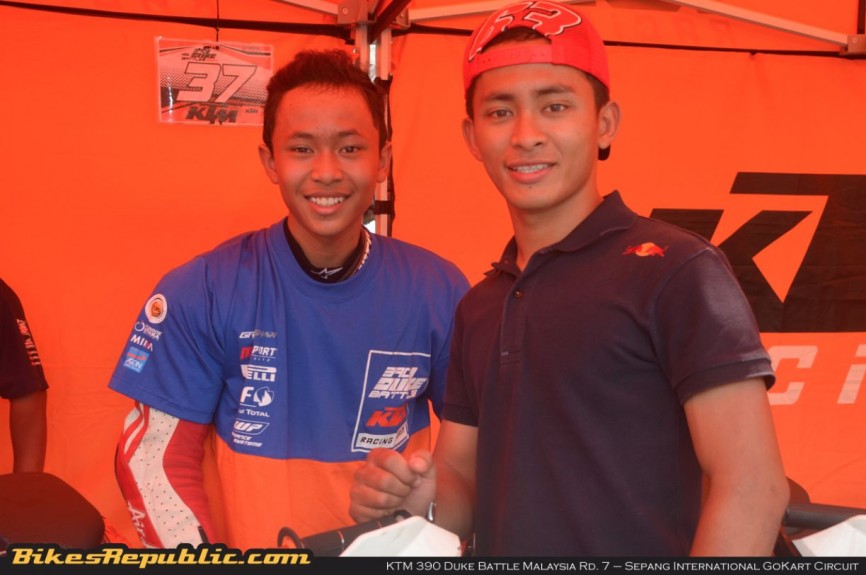 Fans, and KTM Dukers club members present were in for a treat last weekend. Not only were they enthralled by the on-track action and drama, most also took the opportunity to meet the national Moto3 rider in the orange brand’s paddock. The Banting native was present to support Idham throughout the weekend. 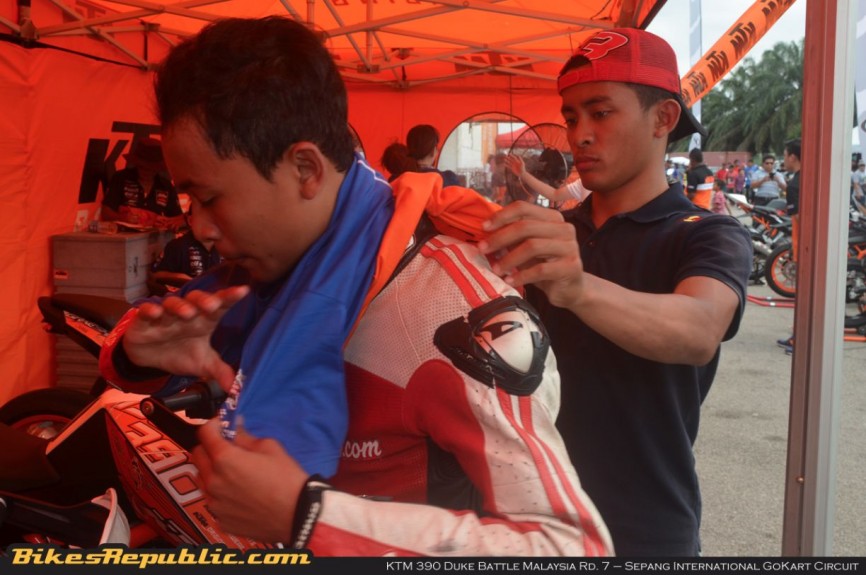 Besides that, fans were also treated with a display of KTM bikes from KTM Malaysia CKD, the centre piece of course being the recently launched RC390 supersports pictured here. 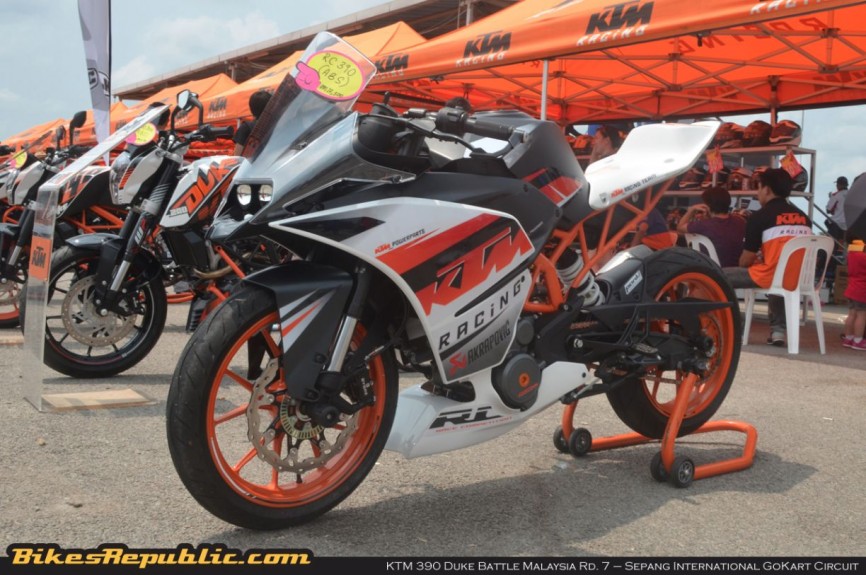 Race 1 was flagged off late at 9:16am following a short downpour of rain that delayed things. With the slightly damp track offering a bigger challenge, all 15 riders on the grid were in for a tough race. Winning the first race rider Azizul Khairi Bin Muhammad, followed by Idham in second, and Mirzam Mestori claiming the third. 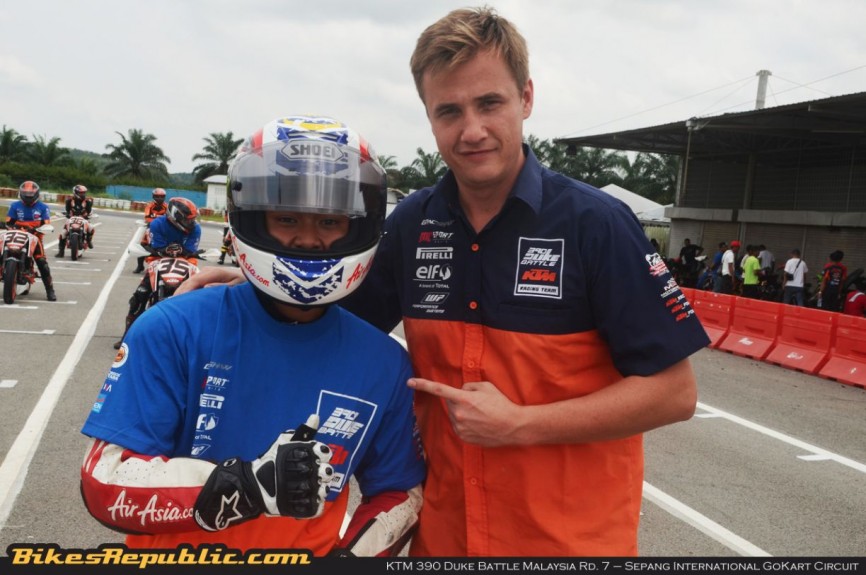 Azizul set the pace in Race 1, completing the 10-lap race with a total time of 10:30.384 and a fastest laptime of 1:01.284. However, Azizul’s couldn’t repeat the magic in Race 2 later in the afternoon. Azizul would later settle of third place in Race 2 just behind rider Muhammad Muzakkir Bin Mohamed who placed second in the day’s second race. 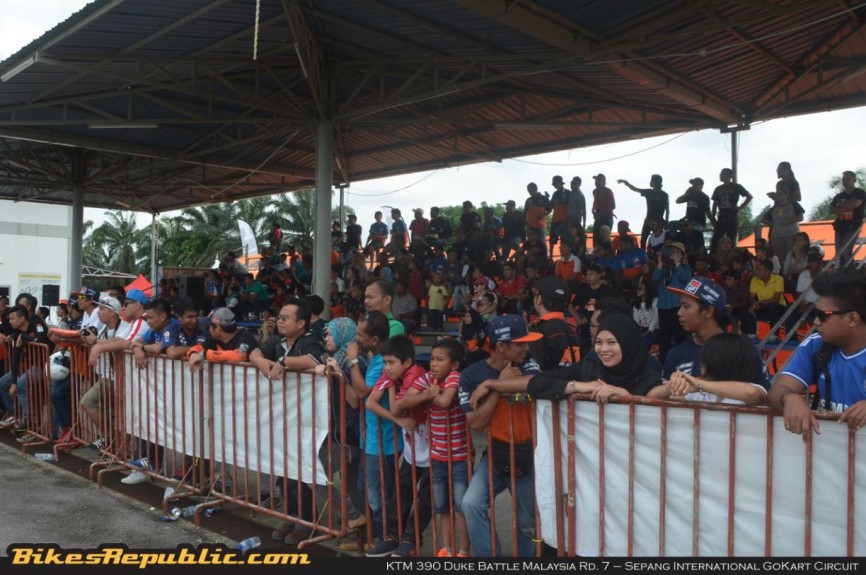 Claiming top honours in Race 2 was non other than Ahmad Idham Khairuddin. Idham took full advantage of the drier and perfect weather conditions, setting a much higher pace compared to that of Race 1 earlier. Idham crossed the line in first for Race 2 with a total time of 9:46.980, claiming the fastest lap of the race as well with his best laptime of 0:57.785. 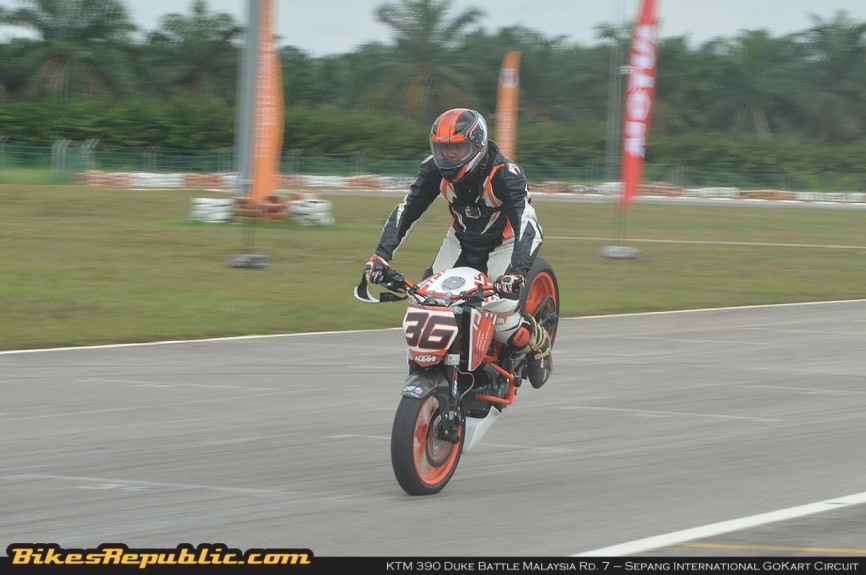 With his performance, Idham collected enough points to be crowned as the overall champion. In the process, Idham also earned his spot in the series’ upcoming grand finale where he will compete with the other top two winners from previous rounds for the title as KTM 390 Duke Battle Malaysia champion. 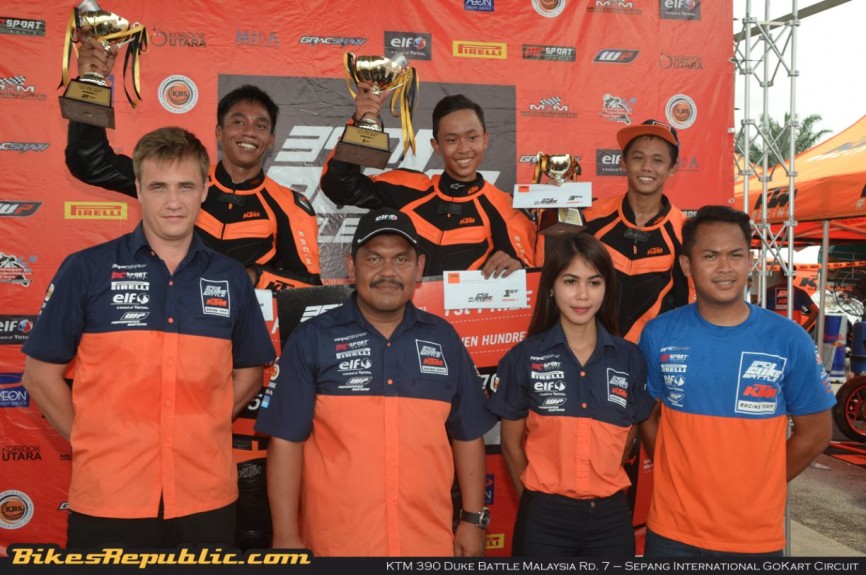 The grand finale of the KTM 390 Duke Battle Malaysia will take place alongside the KBS-MAM Kapcai Endurance Series’ grand finale as well that is scheduled to take place in a fortnight’s time. There, all finalists will battle it out on the full 5.5km-long Sepang International Circuit. 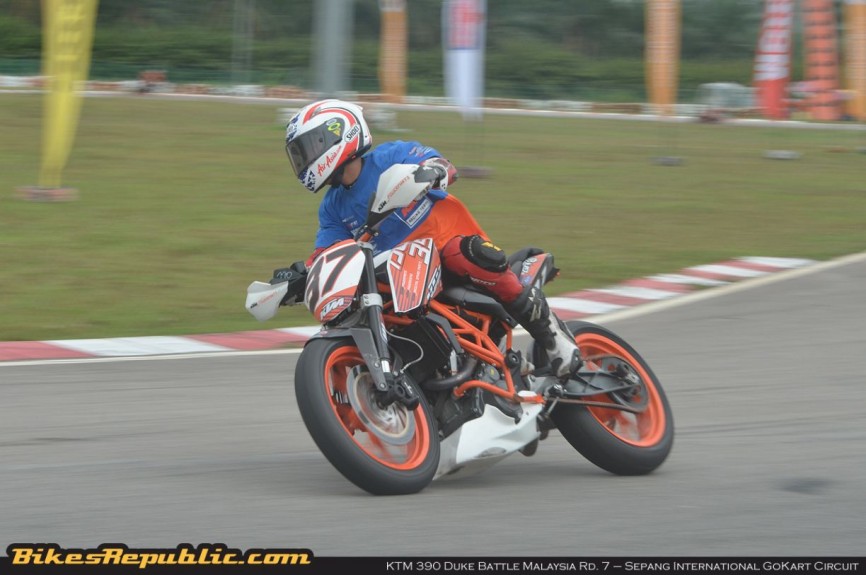 What we can tell you is that the grand finale is destined to be an exciting one. With many familiar names, mainly professionals and semi-professionals making the rostrum, it is easy to see why. Furthermore, our friends at KTM Malaysia CKD are also in the midst of fine-tuning its fleet of 390 Duke Battle race bikes especially for the Sepang International Circuit’s layout.

Below are the complete race results of the weekend’s action, followed by an extensive image gallery for your viewing pleasure. More pictures are also available on the official BikesRepublic.com Facebook page.