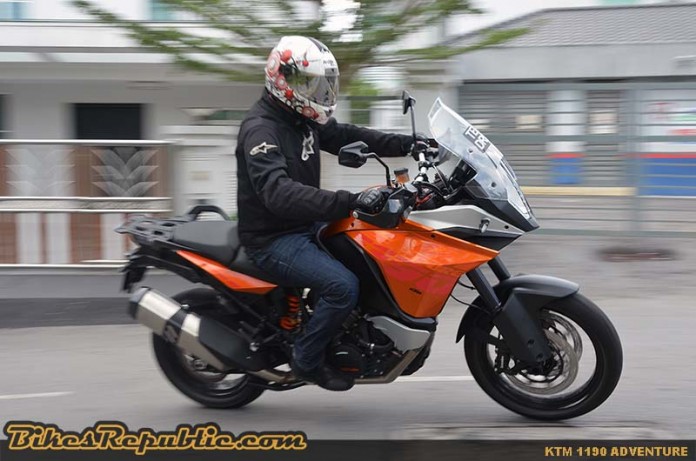 Word on the internet grapevine is that KTM will soon be unveiling a baby Adventure model, the KTM 390 Adventure.

Indian motoring website, motorbeam is reporting that the new 390 Adventure will be unveiled at this year’s EICMA show in Milan, and will be manufactured at the company’s Chakan plant in Pune, where the Duke and RC 390 models are already being assembled.

Hailed as the dual-purpose, dual-sport version of the Duke 390, the 390 Adventure will be based on the Duke 390 but will come with stronger and longer suspension, dual-purpose tyres and a larger fuel tank.

As for power, the 390 Adventure will have the same 373.2cc single-cylinder engine with a 6-speed transmission. As with the bigger Adventure, the riding position will be upright to make it more comfortable for long distance rides.

The frame is said to be KTM’s trellis frame while ABS will be offered as standard.

There is no word yet on whether or not the 390 Adventure will be offered in Malaysia, but judging from the success of the smaller capacity, commuter KTMs, there really is no reason for it not to be offered here.

There is already a Facebook fanpage dedicated to the 390 Adventure, and there is already a rendering of the bike shown below imagined by Dehradun Motor Heads. Expect the global launch to happen sometime early 2015.