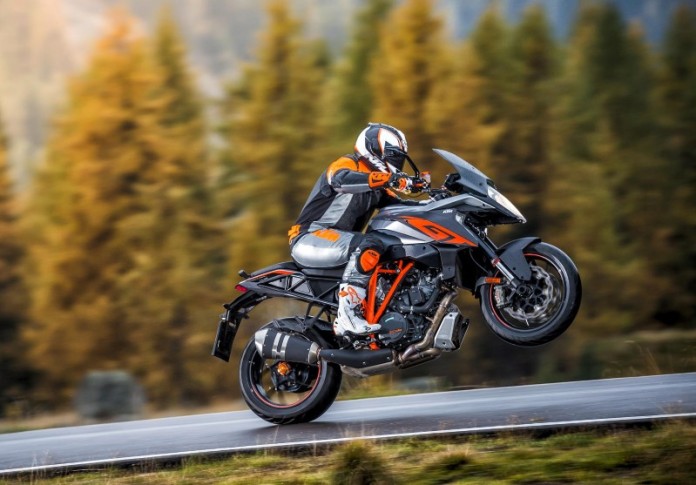 After teasing us for months, the KTM 1290 Super Duke GT has finally been unveiled officially by the Austrian manufacturer at the ongoing EICMA 2015 show in Milan, Italy.

In terms of styling, KTM has ticked all the right boxes with the manic sport tourer. According to the brand, the bike’s aggressive design reflects on its characteristics, which focuses primarily on ‘speedy travelling’.

Powering the GT is a re-tuned version of the 1301cc four-stroke two-cylinder 75 degree V-twin engine found in the 1290 Super Duke R, which produces a whopping 173hp and 144Nm of torque.

It is said that the crankshaft, cylinder heads, combustion chambers, valve timings and injection mappings have all been given attention to deliver maximum power higher up the rev range.

In the suspensions department, the Super Duke GT is fitted with semi-active WP suspension both in front and at the rear, which can be toggled between three modes(Comfort, Street and Sport), via a suspension control unit. 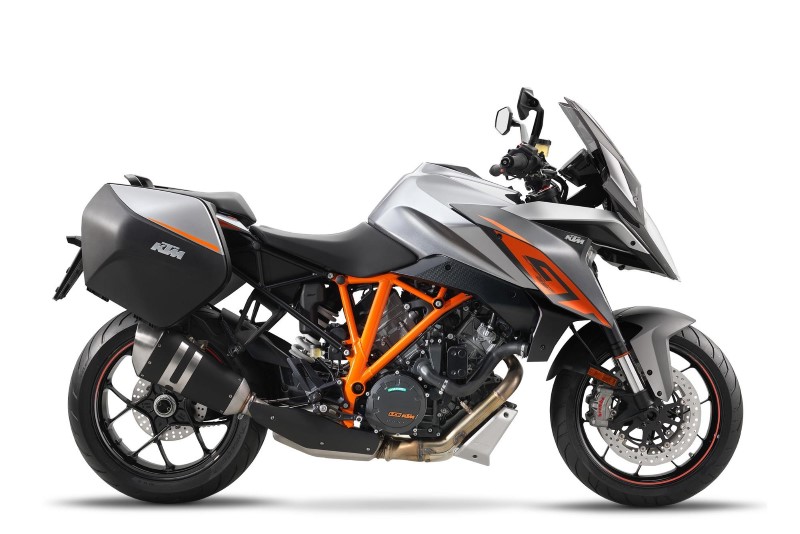 Brakes on the other hand, comes courtesy of Brembo. Up front, there are two monobloc four-piston radial calipers biting on to 320mm discs, while the rear brake is a two-piston caliper with 240mm disc.

Since the KTM 1290 Super Duke GT is a sport tourer, the Austrian manufacturer has fitted the bike with a few features that make it ideal for long distance riding, such as cruise control, tire pressure monitoring system, heated grips, LED cornering lights, and a 23-liter fuel tank.

Weighing at 205kg dry, KTM claims that the Super Duke GT has the best power-to-weight ratio compared to any sport tourer out there. 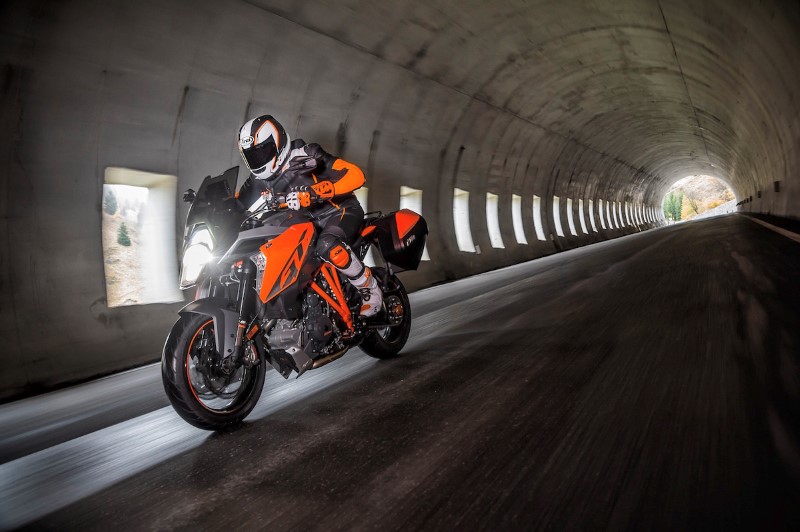 Other notable features on the bike include the riding assistance package from the 1290 Super Adventure, which comprises a lean angle sensitive stability control system, ABS, as well as traction control. It’s also got a quick shifter, and a supermoto mode for those who want to have some ‘naughty’ moments with the bike.