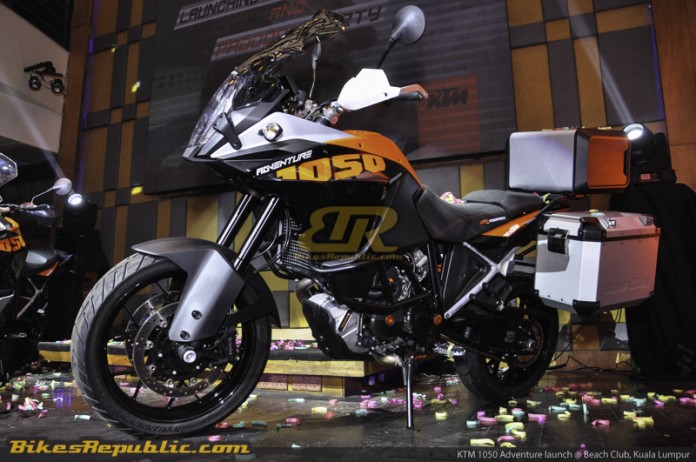 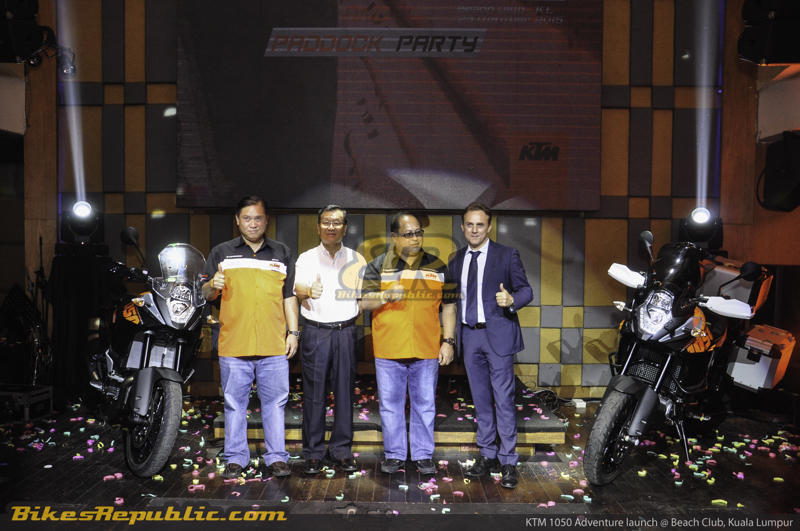 The famed KTM motorcycles brand in Malaysia celebrated the consolidation of its Malaysian representative with the launch of a new model just before the 2015 Shell Malaysian MotoGP weekend kicked off. 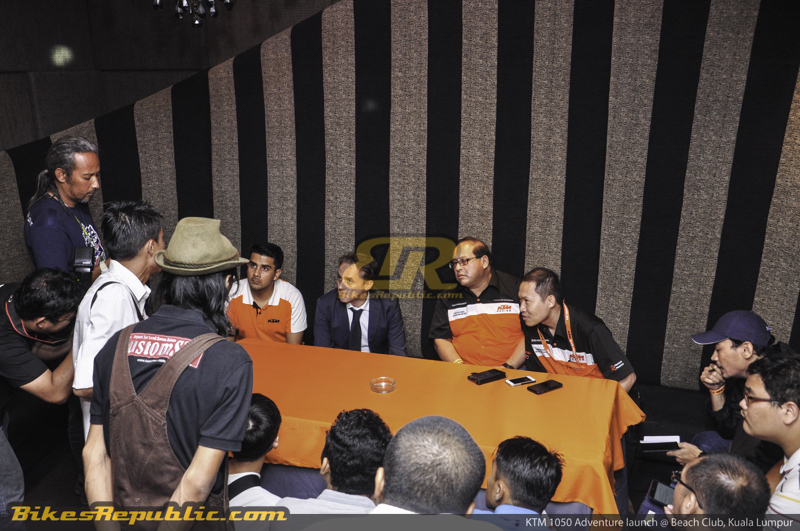 Firstly, the brand is now represented by a single entity known as KTM Malaysia. The renaming came after local assembler and CKD models distributor KTM Malaysia CKD, a company under the direction of Eurotech Wheel Distribution Sdn Bhd, gained the rights to import and distribute the KTM brand’s fully imported or CBU models. The move to rename itself was meant to reflect the changing times according to the firm. 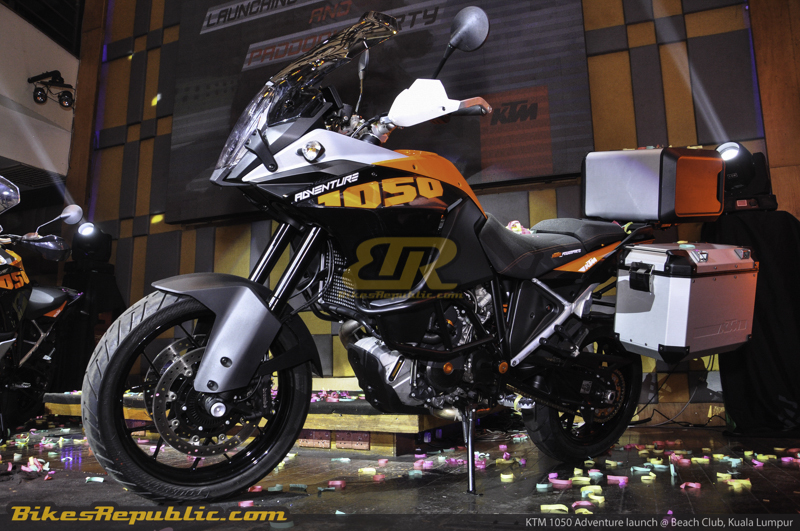 With that, the newly consolidated KTM Malaysia stepped up its game by introducing its first CBU model for the local market, the KTM 1050 Adventure. First debuted during last year’s EICMA show in Milan, Italy, the enduro model stands as the brand’s entry-level model in its Adventure series, and sits just below the highly acclaimed 1190 Adventure. 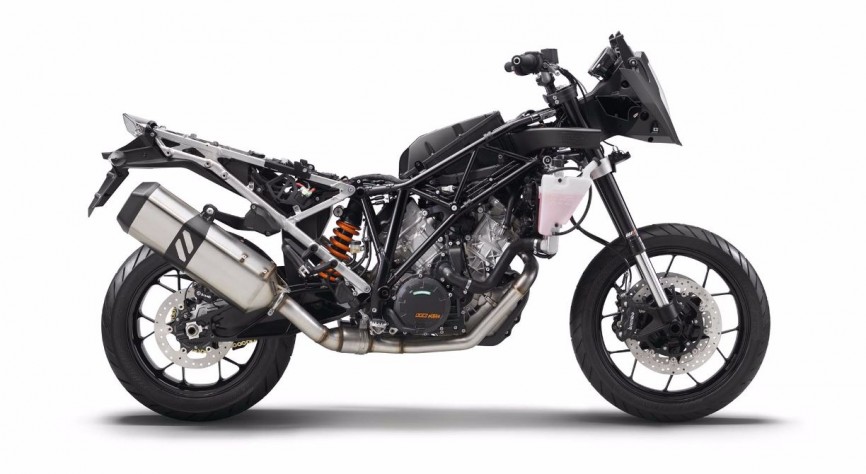 Underneath, the 1050 Adventure utilises a chromium-molybdenum steel trellis frame architecture. It is primed further with a pair of 43mm WP inverted forks up front and a rear monoshock. It also features a wider handlebar than the 1190 Adventure with 20mm of adjustment available. Complementing that further are the 10mm diagonally adjustable footpegs and the 25mm of windscreen height adjustment. In case you were wondering, this enduro’s seat height stands at 850mm. 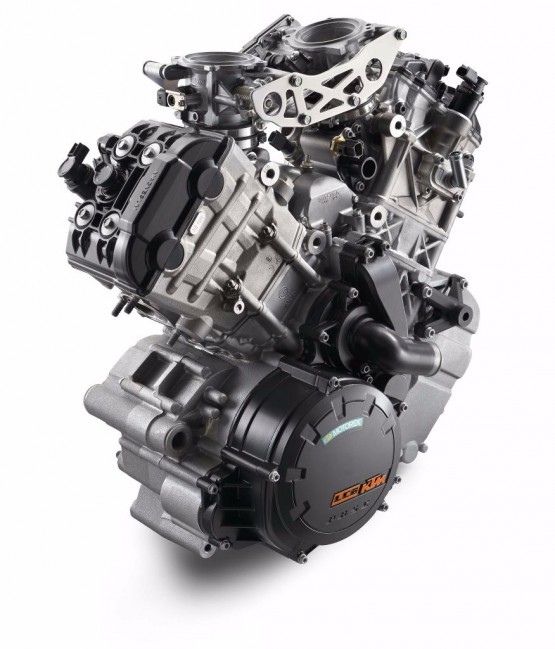 Encased within the chassis is a signature KTM 1,050cc 75° V-twin mill that develops 95hp and 107Nm of peak torque. Crucially though, riders will be able to use up to 90Nm of torque from as low as 2,500rpm. Completing the powertrain package is a six-speed transmission that features a PASC slipper clutch as well. 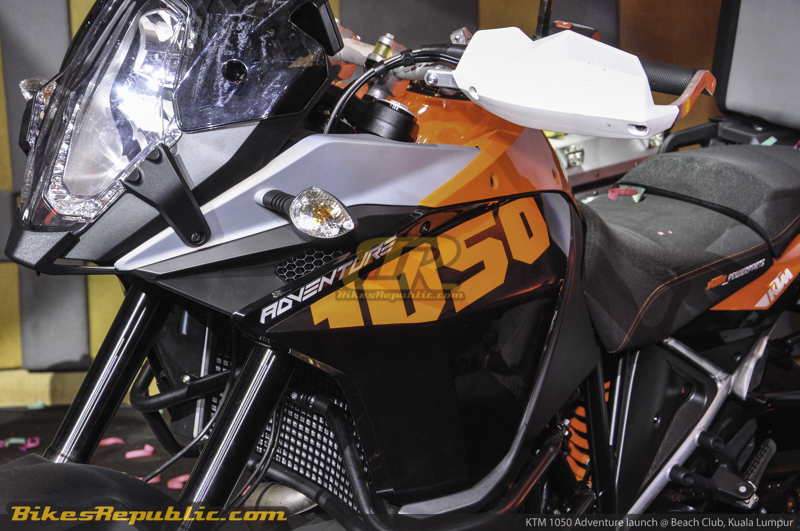 Complementing the well-sorted chassis and powertrain are the 1050 Adventure’s plethora of electronics. The package consists of a ride-by-wire electronic throttle, traction control which can be disengaged, as well as three selectable riding modes – Street, Sport and Rain. An additional Off-Road mode is also available as an option. There is also a Bosch 9M+ two-channel ABS suite to complement the Brembo-supplied braking hardware primed on board. 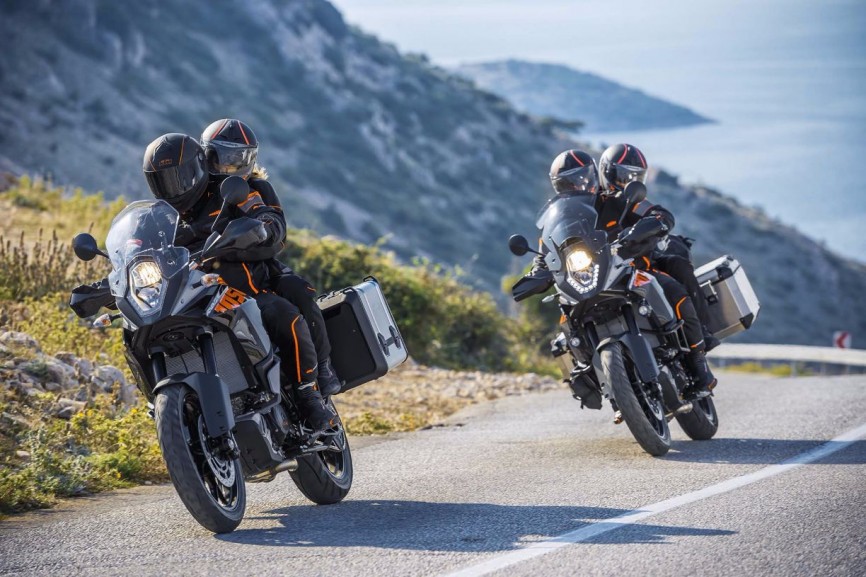 Another notable feature primed in the 1050 Adventure is the neat LCD instrument display panel with an adjustable shift light, which is complemented with a secondary LCD display with additional data for riders such as the selected ride mode.

Available via authorised KTM dealers nationwide, the fully imported KTM 1050 Adventure is now available for viewing and bookings with a basic selling price tag of RM77,888.