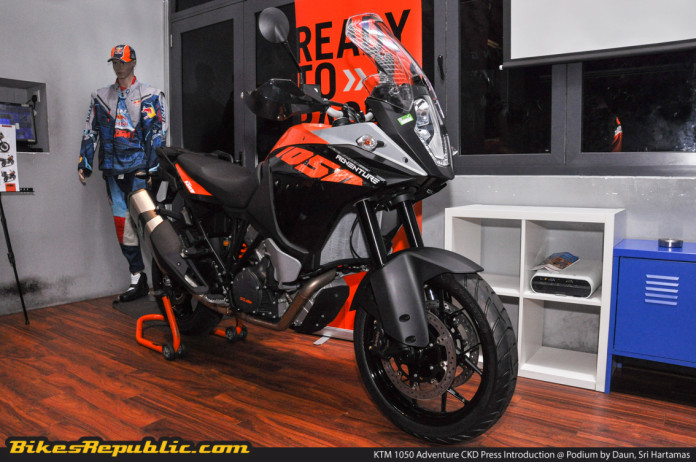 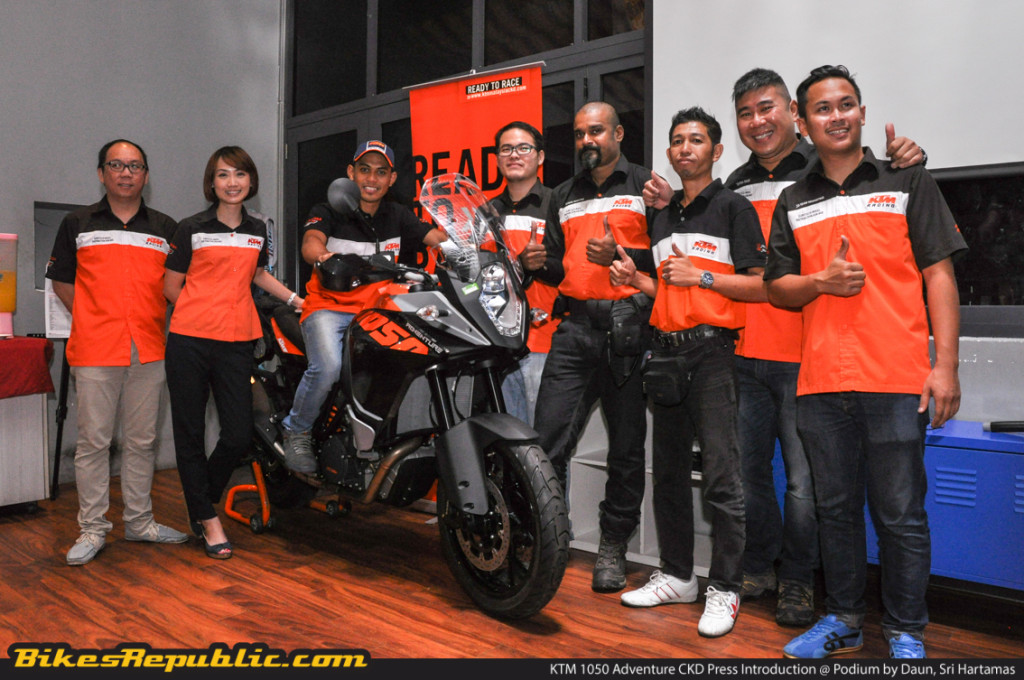 While it may seem like just a short while ago that the fully-imported KTM 150 Adventure was introduced on our soil, KTM Malaysia has stepped things up further by introducing the locally assembled (CKD) version of its entry-level sport-adventure model earlier today. 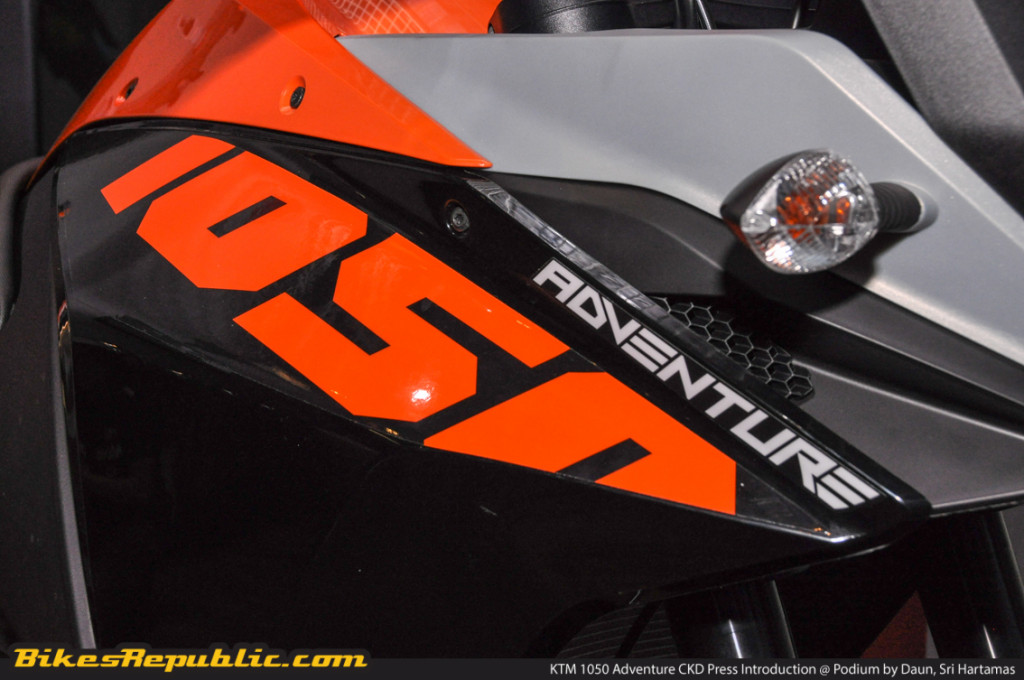 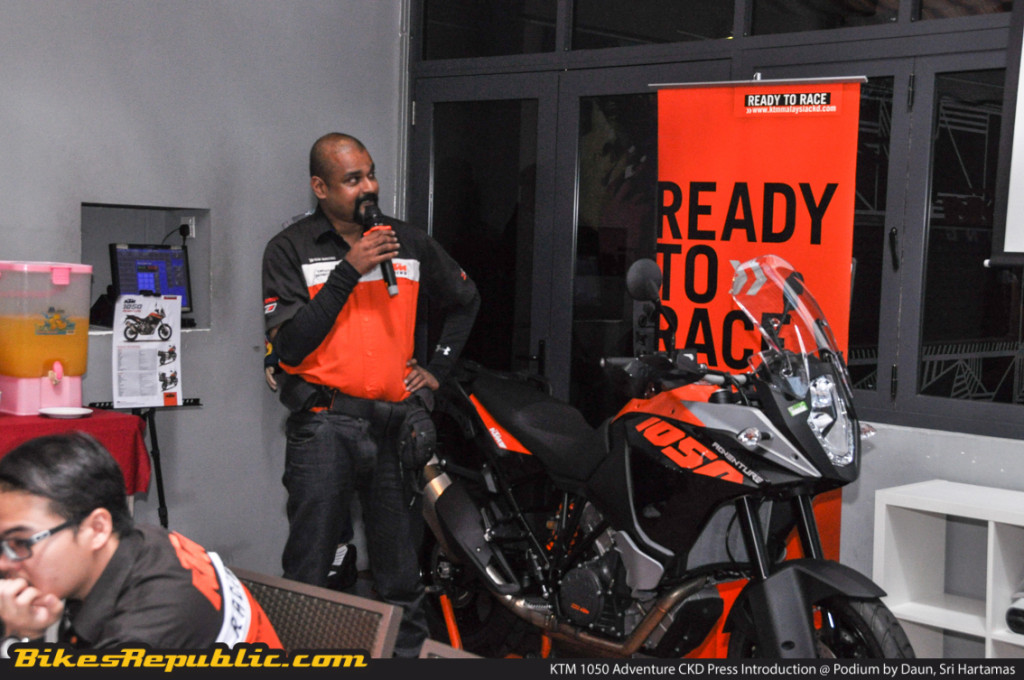 KTM Malaysia’s technical team were quick to point out that the CKD model hasn’t changed from the CBU version in its specifications despite the reduced price tag. To refresh your memory, the Austrian brand’s entry-level sport-adventure model is powered using a 10,50cc twin-spark V-twin mill that develops 95hp @ 6,200rpm and peak torque of 107Nm @ 5,750rpm. Furthermore, the V-twin is also paired with a six-speed transmission that is primed with a PASC slipper clutch unit as well. 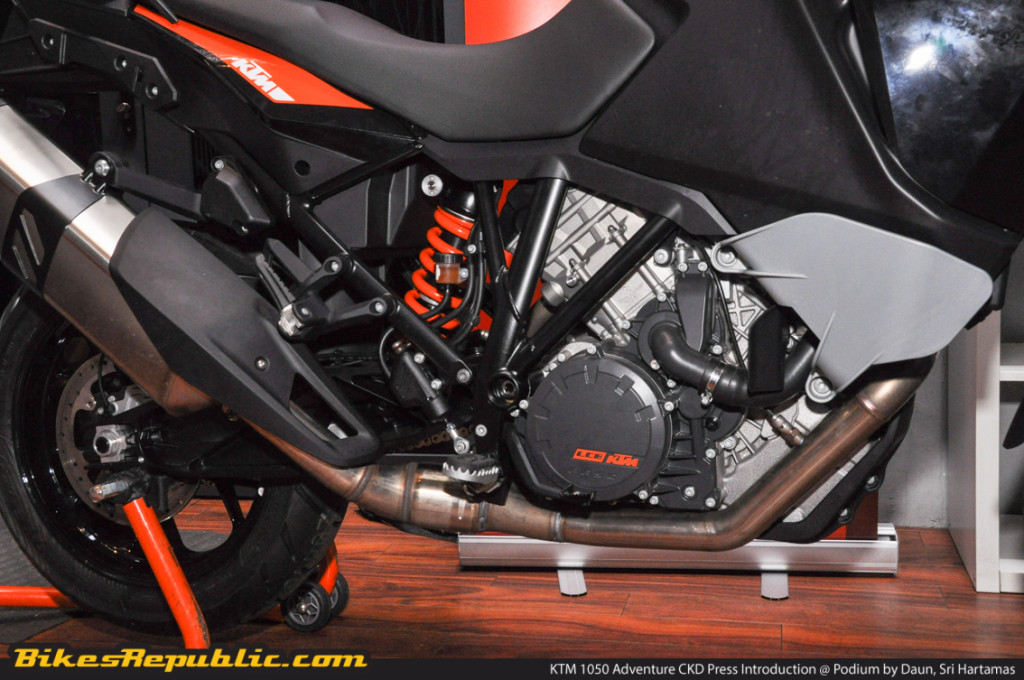 Other notable highlights include a Ride-By-Wire system linked with a traction control feature that offers three ride modes ( Rain, Street and Sport), the Bosch 9M+ two-channel ABS suite that is disengageable, twin Brembo disc brakes up front with quad-piston calipers, as well as WP suzzies all round. 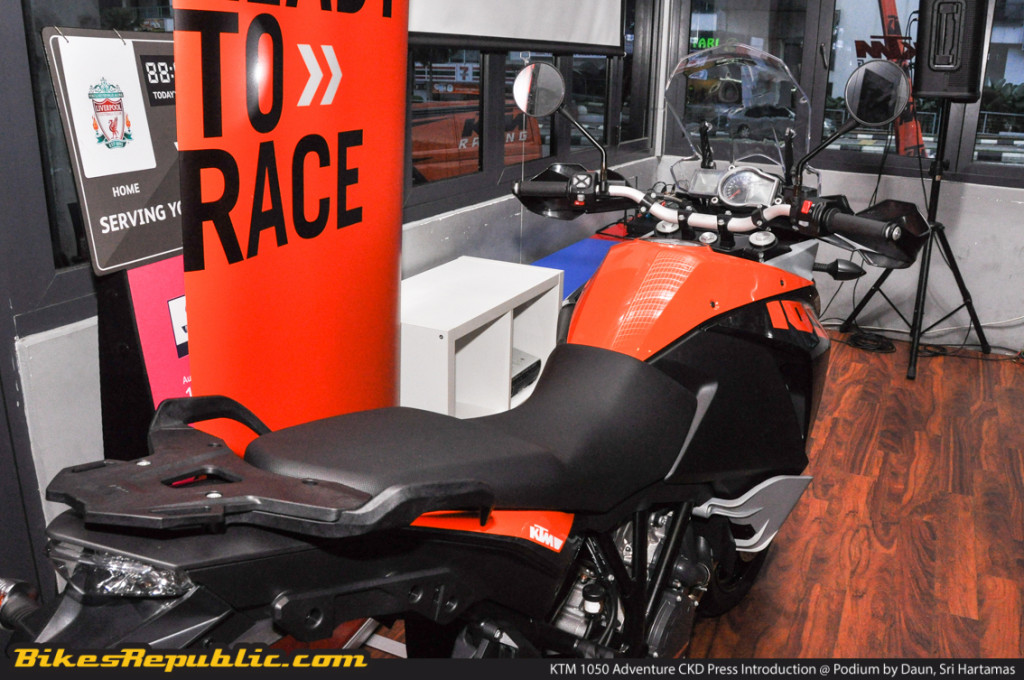 You can check out the full the KTM 1050 Adventure CKD’s full technical readouts below.

According to KTM Malaysia’s senior sales executive Bryan Tan, the KTM 1050 Adventure CKD is now ready and available for purchase with authorised dealers nationwide. The move to swiftly put the model into the local assembly line came from the healthy response garnered following the CBU model’s introduction, of which 30 units were sold since launch. Now assembled locally, KTM Malaysia has targeted to shift up to 150 units of the KTM 1050 Adventure CKD this year. 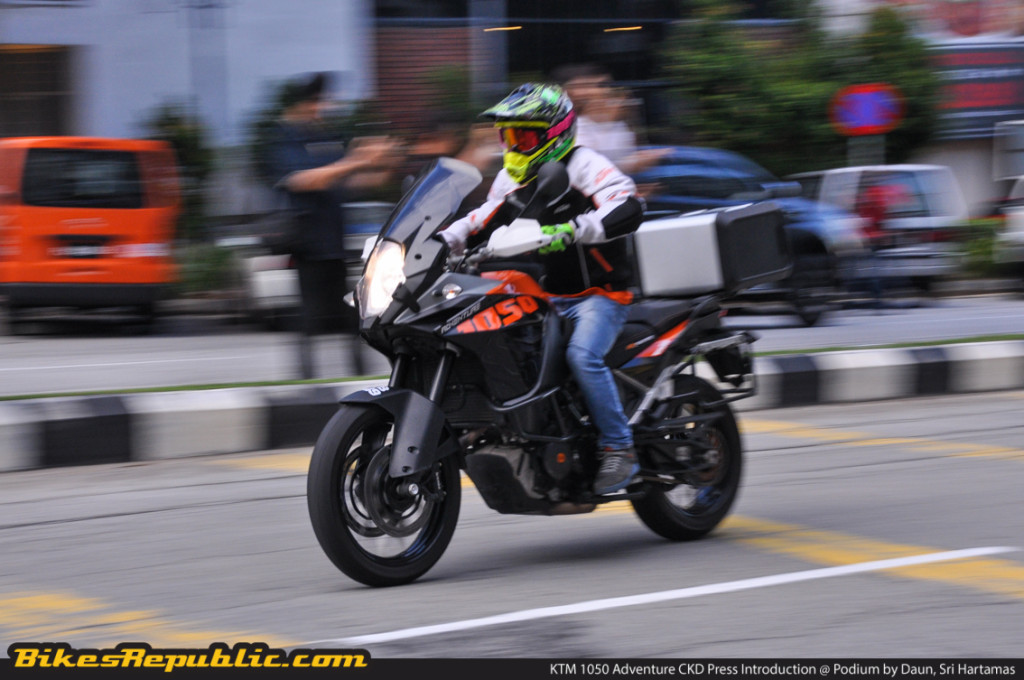