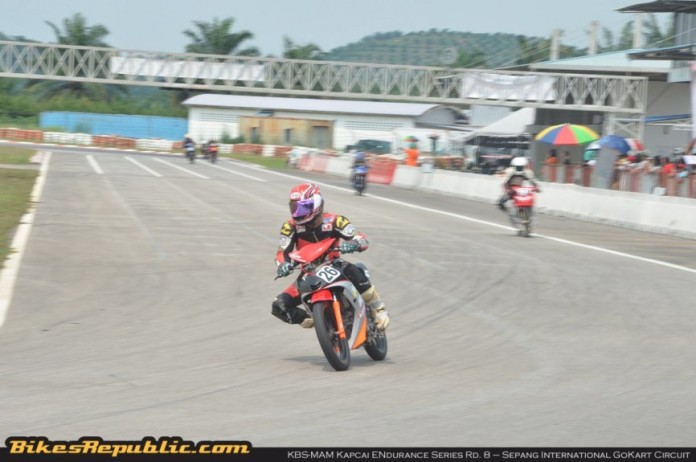 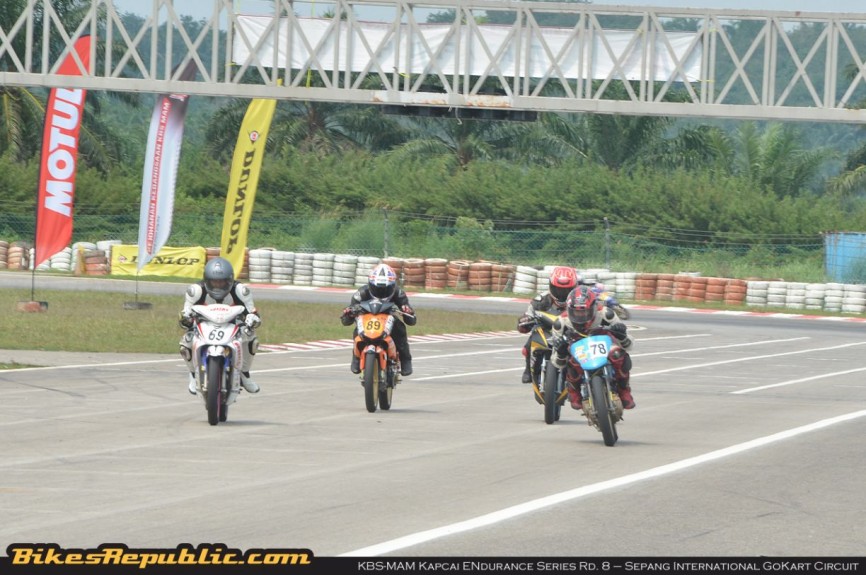 Held over the recent weekend was the KBS-MAM Kapcai Endurance Series. The eighth round of the season was held in the Sepang International GoKart Circuit. As usual, things started off with the Practice and Qualifying sessions on Saturday. Two races were held on Sunday, one in the morning for Class 1 and Class 2 entries, followed by another in the afternoon for Class 3 and Open Class entries. 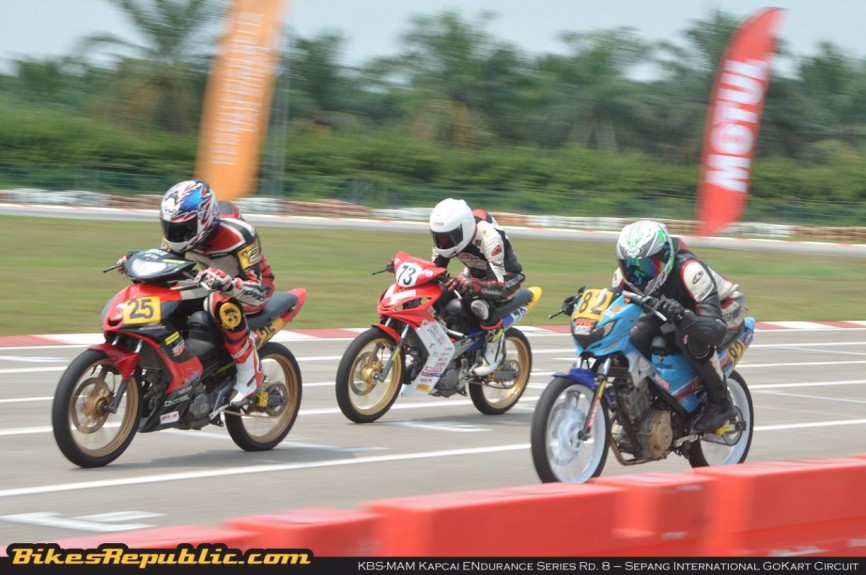 Keeping the excitement up on Sunday were the two KTM 390 Duke Battle Malaysia one-make sprint races held in between the two enduros as well. Despite the early morning shower delaying things, it did little at dampening the spirits of the many youths to compete in the first two-hour enduro of the day that started just before 10am. 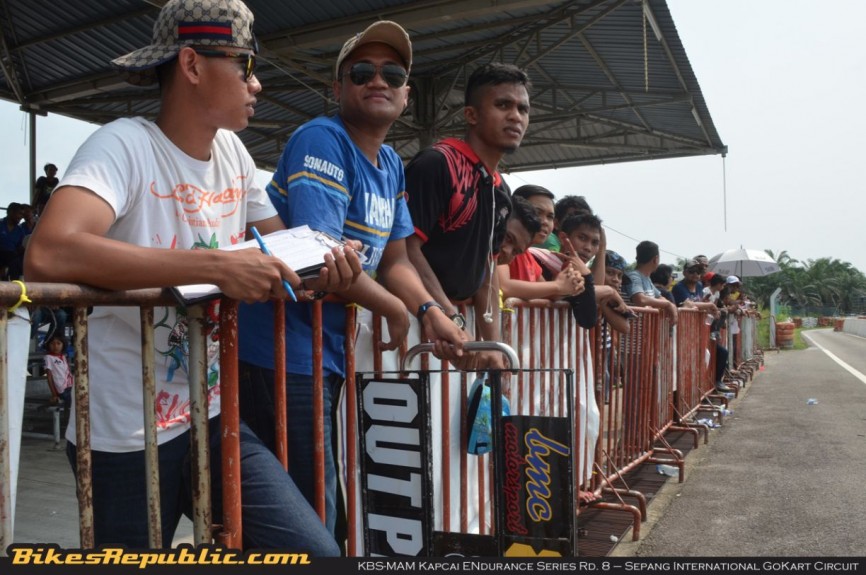 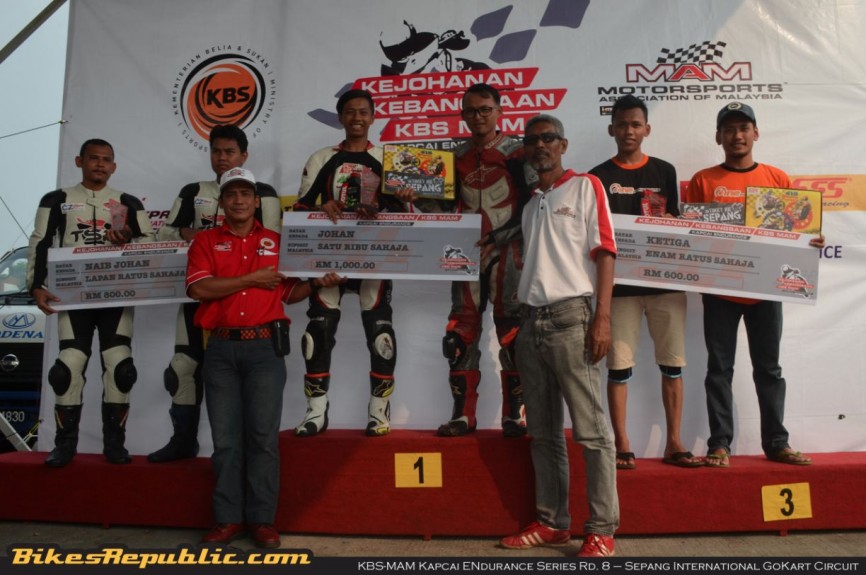 However, taking the overall win for Race 1 was the Maquzy Racing team from Class 2. The Maquzy Racing outfit riders were in top form, completing a total of 110 laps with a fastest lap time of 1:02.675. Completing the Class 2 podium were the Amat Ayam Pagoh Motocross team in second, followed by the I Bike & STP Motorsport outfit in third. 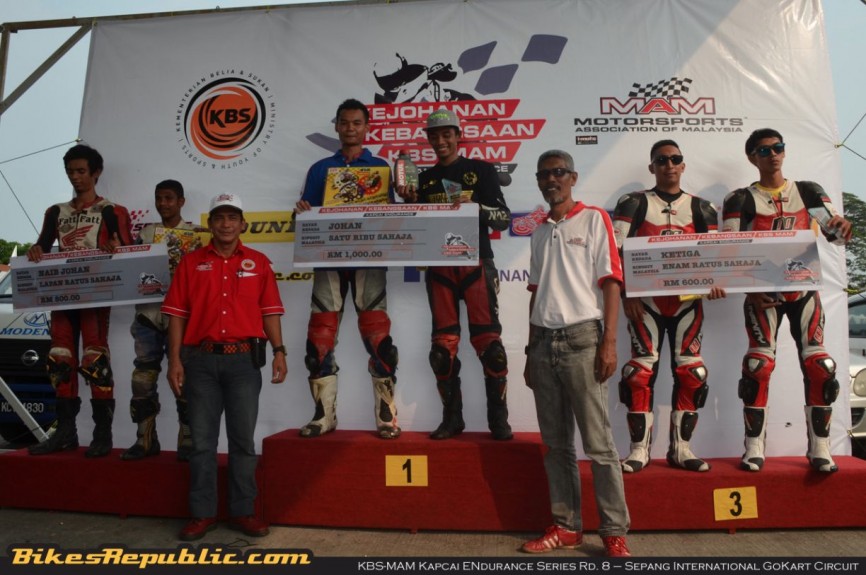 Shortly after the second KTM 390 Duke Battle Malaysia support race and a meal break, the second enduro of the day was flagged off at 1:23pm under the blistering heat of Sepang. Adding further to the challenge for all was the technically challenging layout of the 1.247km Sepang International GoKart Circuit – indeed a good albeit ‘miniaturised’ reflection of the 5.5km-long main circuit.

Taking both the Class 3 overall race wins was the PMP Motorsports team. The team and its riders managed to complete a total of 101 laps and set fastest lap time of 1:01.003 as well, making them the fastest team on track for the day too. Completing the Class 3 podium were the Akademi Permotoran Pagoh team in second, followed by the I Bike & STP Motorsports 2 team in third.

The open class, on the other hand, saw the PMC Cheetah Power 1 team take top honours after completing a total of 99 laps. Following closely behind were the second-placed Cheetah Power FX Racing team. Completing the podium were the WK Racing Team who finished just a lap behind the first and second place teams. 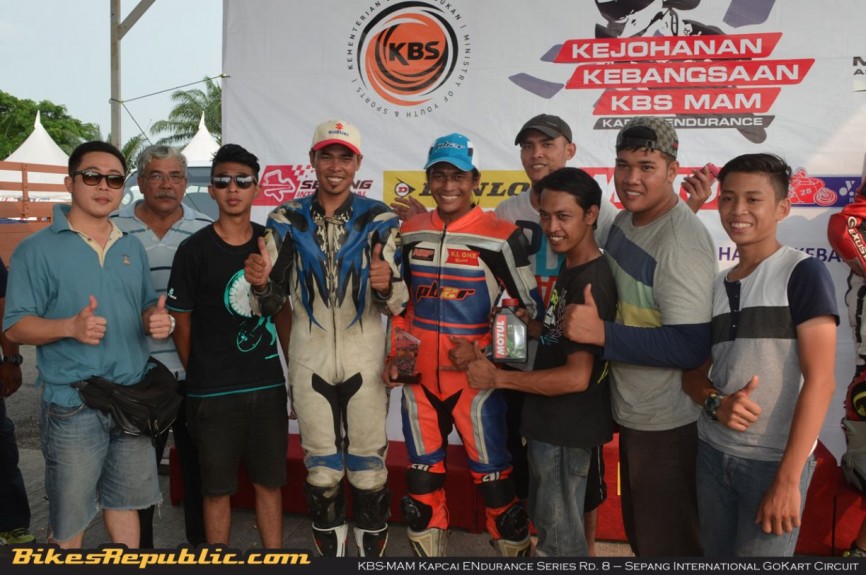 With the eight round concluded last weekend, it also marks the end of the series’ state-level rounds. The KBS-MAM Kapcai Endurance Series heads for its grand finale in the Sepang International Circuit in just a fortnight’s time. 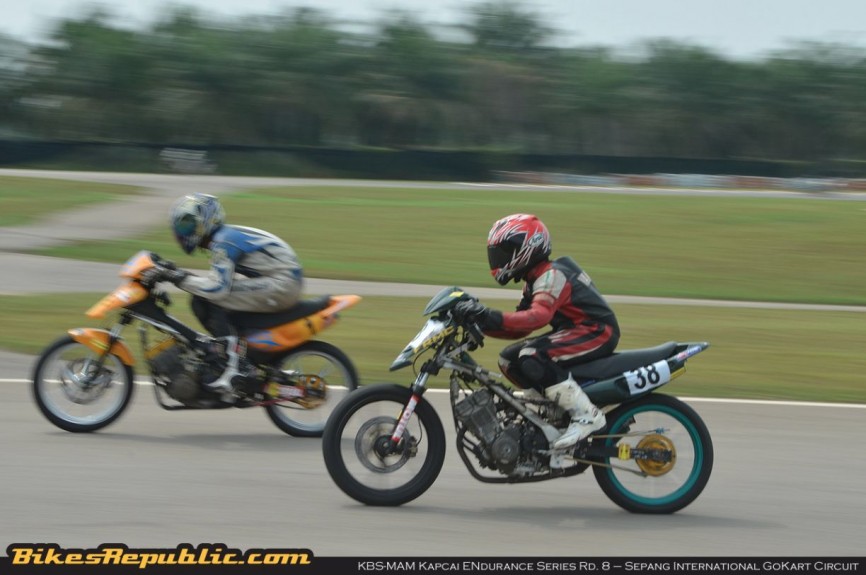 In the grand finale, all the top three winners from each class who have earned their tickets to the finals in the state-level rounds will compete on the main circuit. All will be vying to be crowned as the series’ grand champion for this year.

Posted below are the complete results from the weekend, as well as an extensive gallery of the on-track action. Don’t forget to read our report of the KTM 390 Duke Battle Malaysia support races as well. More pictures are also available on the official BikesRepublic.com Facebook page.