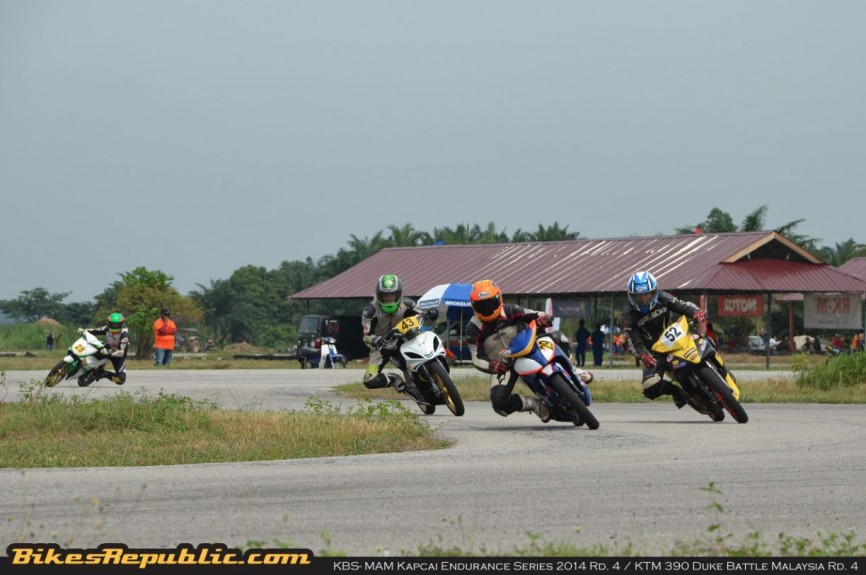 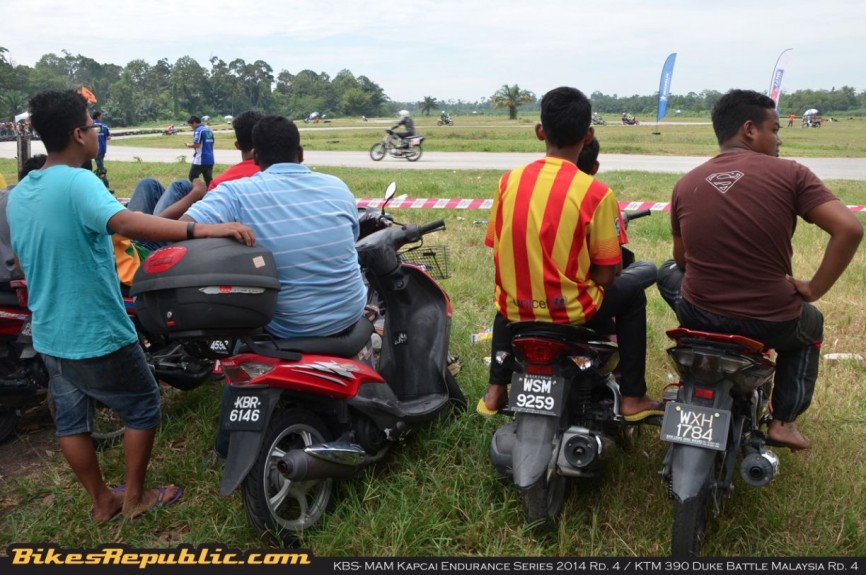 The sleepy and quiet Kampung Gajah village in Perak came alive last weekend with the arrival of the KBS-MAM Kapcai Endurance and its fourth round. 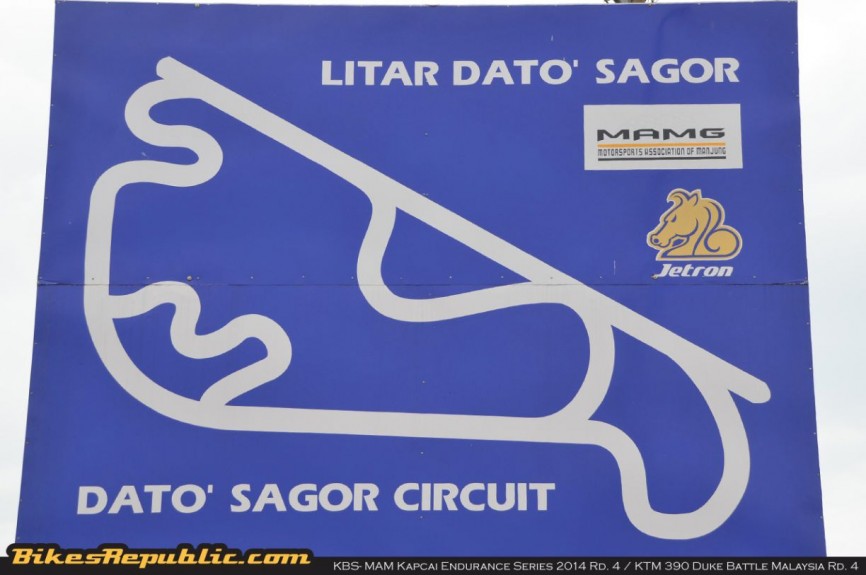 The weekend saw a total of 37 teams and outfits from all over the nation entering the weekend, all vying to earn their spot for the series’ finals in Sepang later this year.

Unlike most other races earlier this year, where categories were contested over several race sessions, the weekend’s round in Perak saw all 37 teams lining up the grid simultaneously. 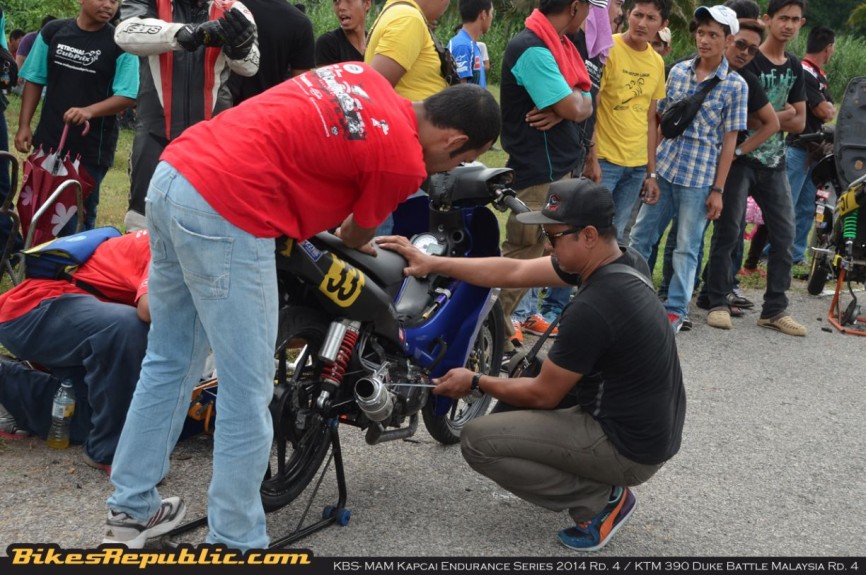 Following practice and qualifying sessions held on Saturday, the main 2-hour enduro was flagged off at 10am on Sunday. By the race’s end, only 26 finishers were recorded. 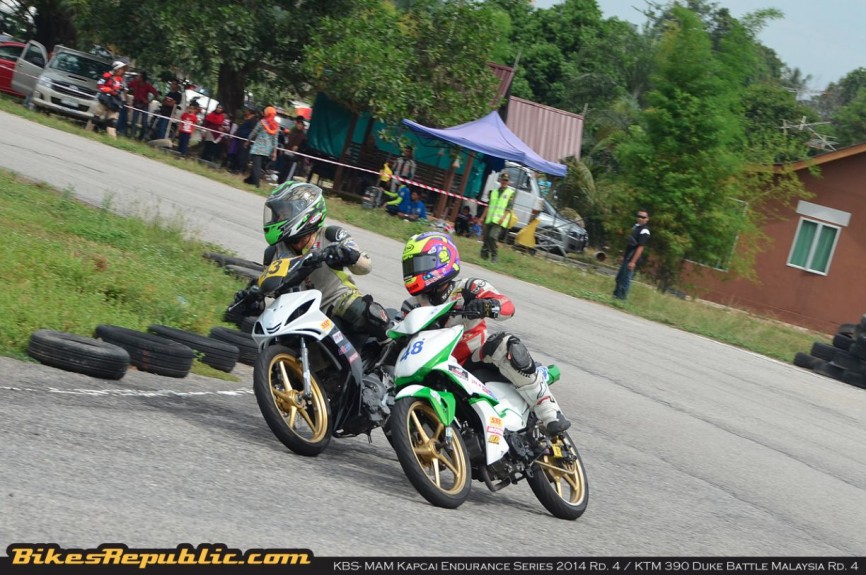 As always, the KBS-MAM Endurance Series offered plenty of close and intense racing action. The clear weather and high temperature conditions also played a part at incubating high drama throughout the 2-hour race and the KTM 390 Duke Battle support event. 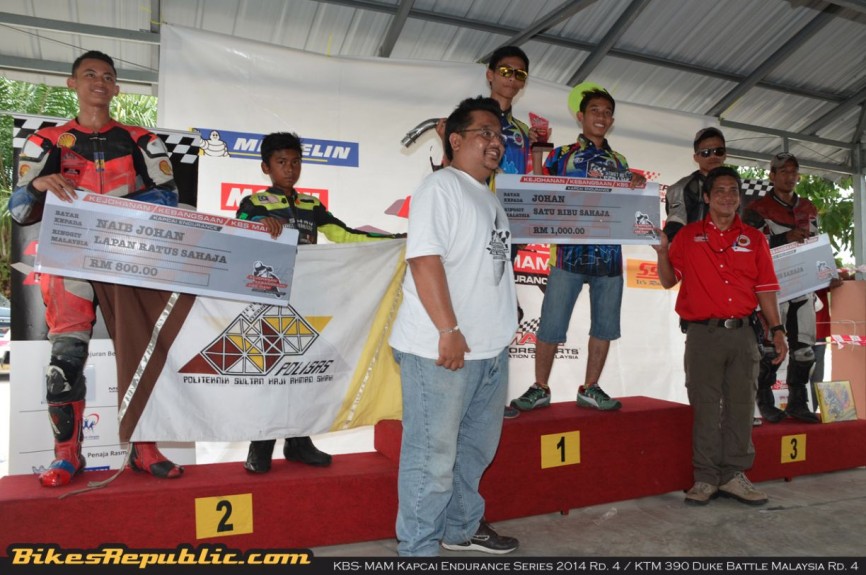 Overcoming the challenges to take the top spot in Class 1 was the MBM-GM Racing Team and its riding duo of Muhammad Farriz and Ahmad Nur Effendy Bin Alidza.

The Pairing successfully completed a total of 105 laps of the 1km-long Dato’ Sagor Circuit, clocking in a fastest time of 1:06.503 in the process as well. The duo’s consistency in pace and the team’s excellent strategy saw them win by a good margin as well, finishing a good 8 laps and 9 laps ahead of the class’ second and third place finishers respectively. 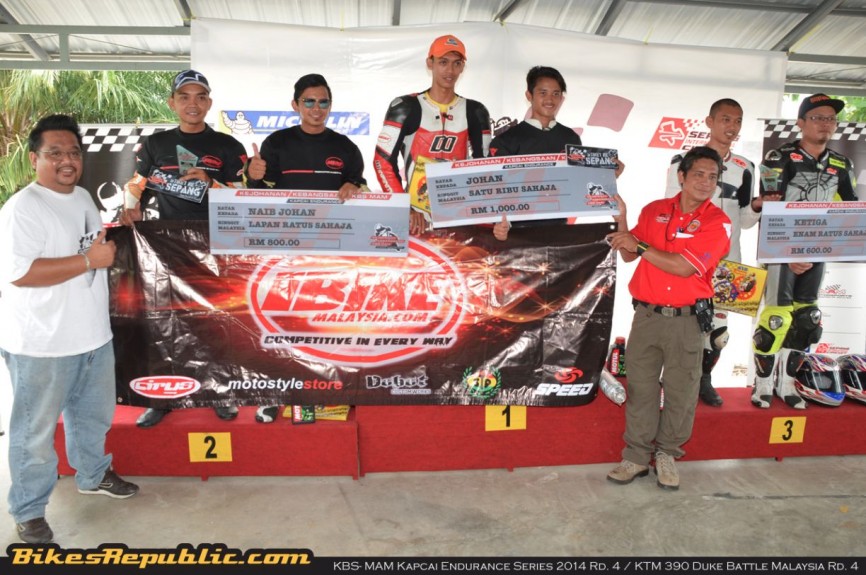 Further down in Class 2, top honours went to the I Bike & STP Motorsports team. The outfit claimed the top two spots with riders Muzaimin Bin Sahak, Muhammad Faiz Bin Azmi, and Mohd Farid Bin Mohd Jamsari taking the podium’s top spot. The trio managed to complete 105 laps in total, plus clocking in a fastest time of 1:05.682 as well.

Their teammates, Muhammad Hapis Bin Ahmad Jumaat and Mohd Farid Bin Mohd Sazali, on the other hand, took the team’s second bike to finish just a lap behind in second. The competition level in this class was apparently high this weekend, with the top three finishers separated by just 1 lap in between each other. 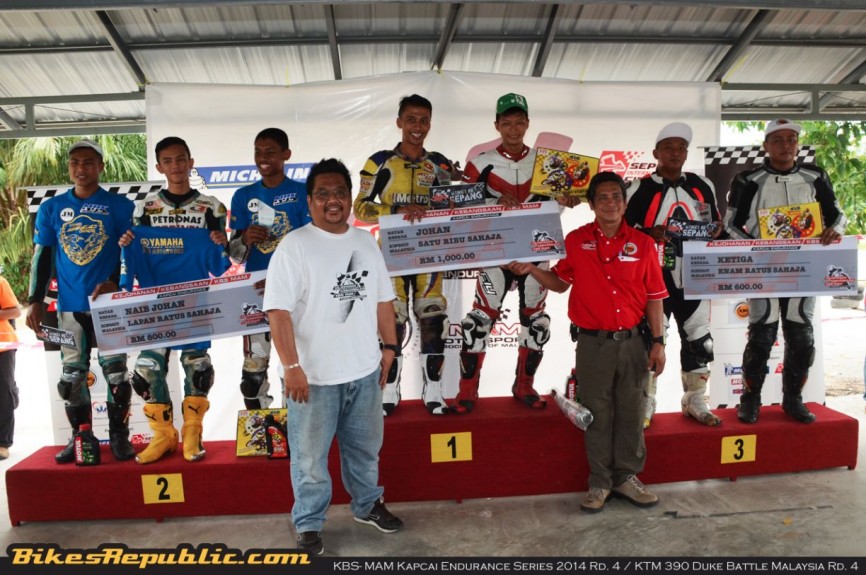 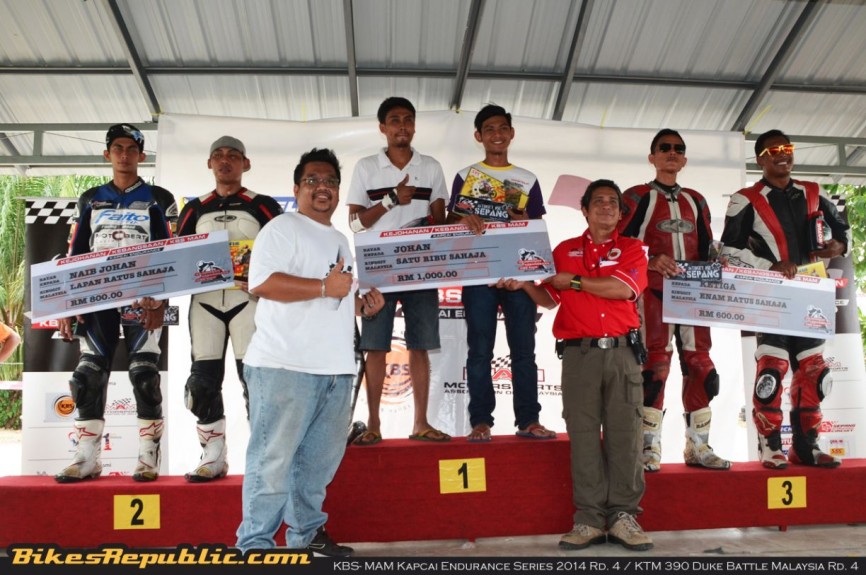 Just like their juniors in Class 2, the veterans and experts in the KBS-MAM Endurance Series’ Open Class also supplied the weekend with a very high level of competition. Winning the class was the Cap Lohok A team and its riding duo of Azlanshah Saidun Hardi and Mohd Qhuwarismi Nasir. 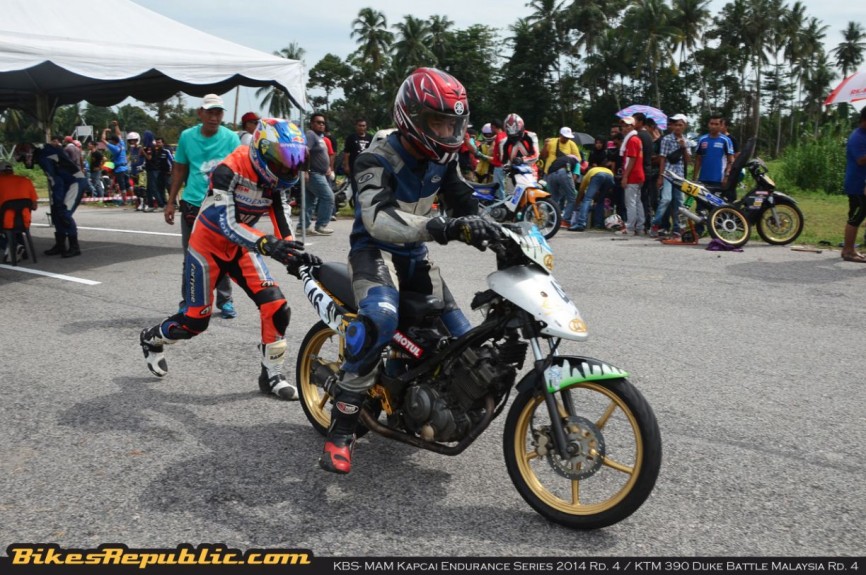 The KBS-MAM Kapcai Endurance Series will hold its fifth rounds later this month in Muar, Johore.