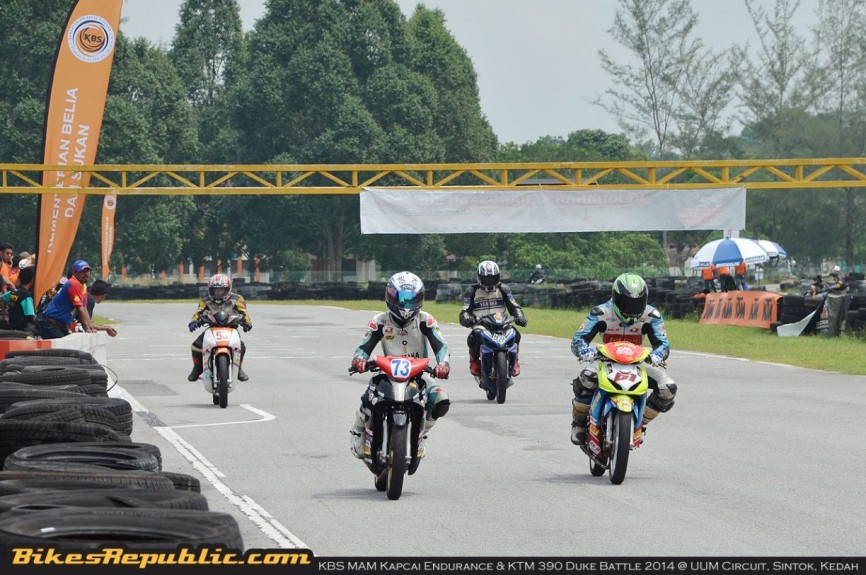 The second round of this year’s KBS MAM Kapcai Endurance series concluded on a high note last weekend in Kedah. 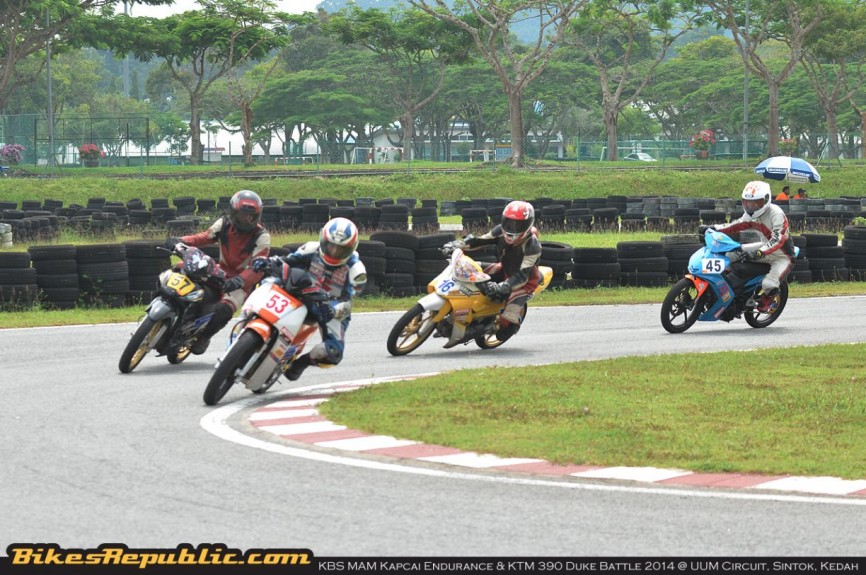 The second round was held in the UUM International Go Kart Circuit located on UUM’s campus grounds in Sintok, Kedah. As per local customs, the race weekend started earlier than usual on Friday with practice and qualifying sessions, followed by raceday on saturday. Also making waves in the Sintok round was the second round of the KTM 390 Duke Battle one-make series held as a support event. 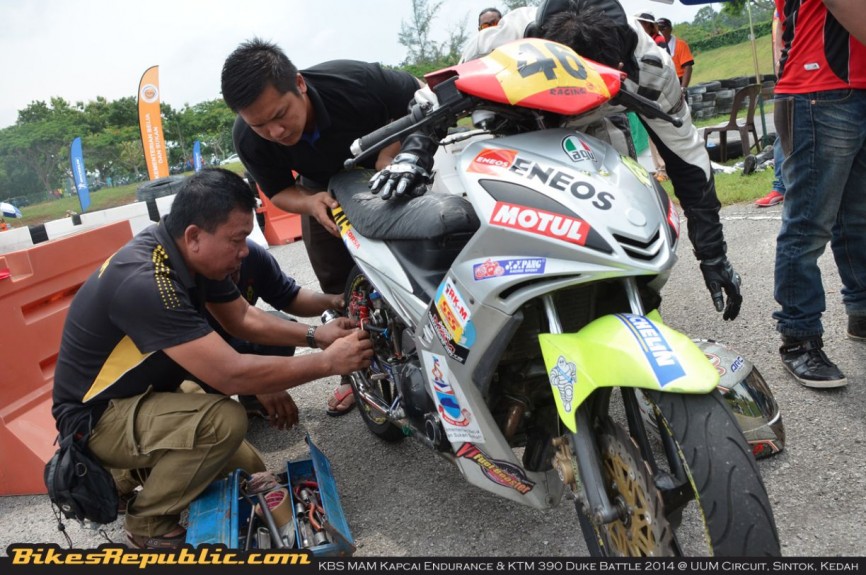 More than 60 youths registered to compete the four classes in this round, whilst the Duke Battle saw 15 riders short-listed to battle it out for their spot in the series’ finals. 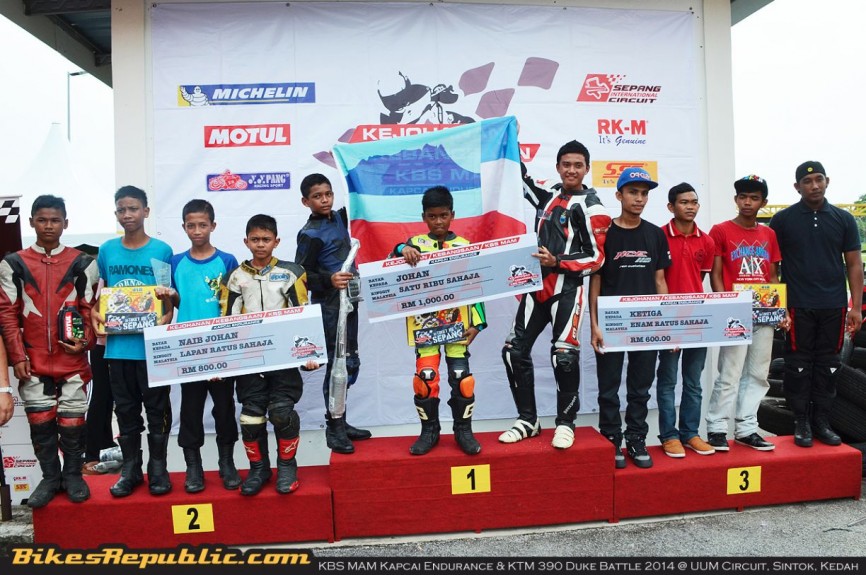 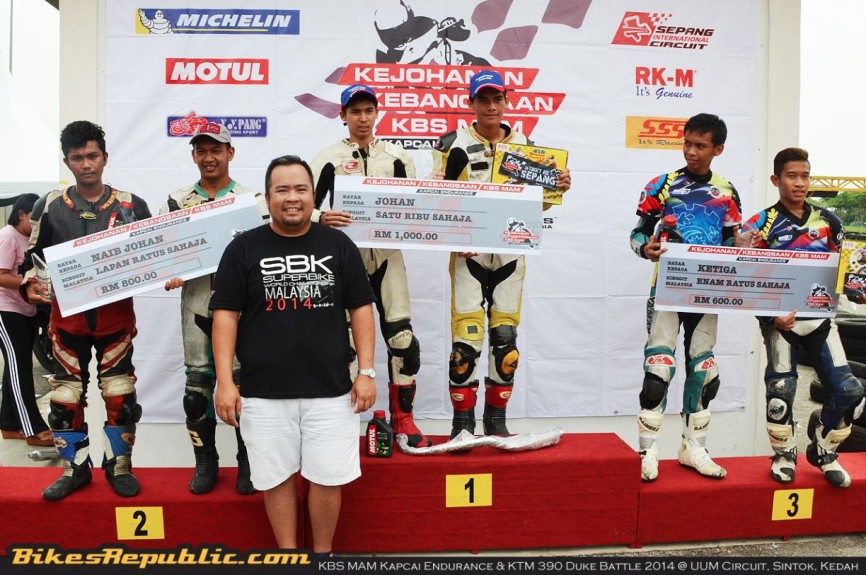 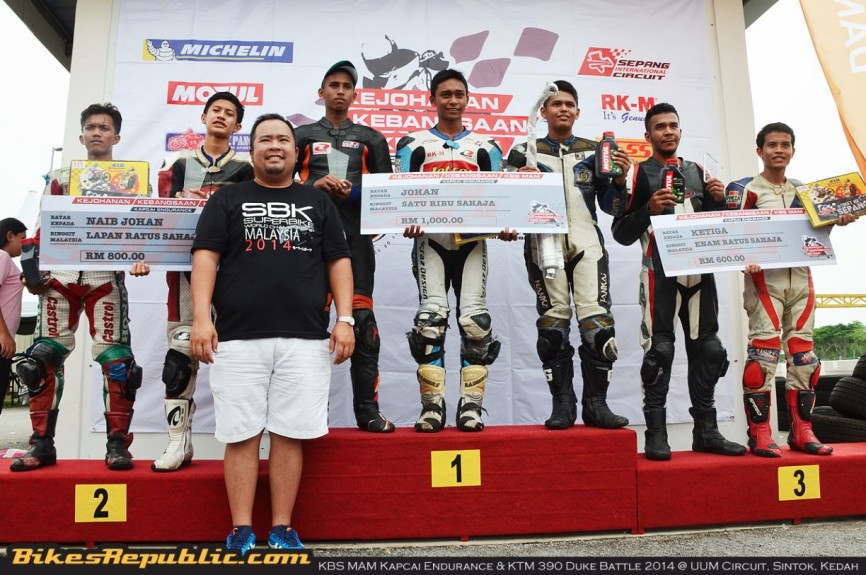 Conquering the Class 3 category was team ZM Berkat Motor. The team’s trio of riders, comprised of Muhd Firdaus Bin Zainal, Muhammad Izhanshah, and Muhd Saiful Aiman proved to be the strongest amongst the classes after riding their Honda race machine to complete 94 laps in total, ranking them second overall in the process as well. 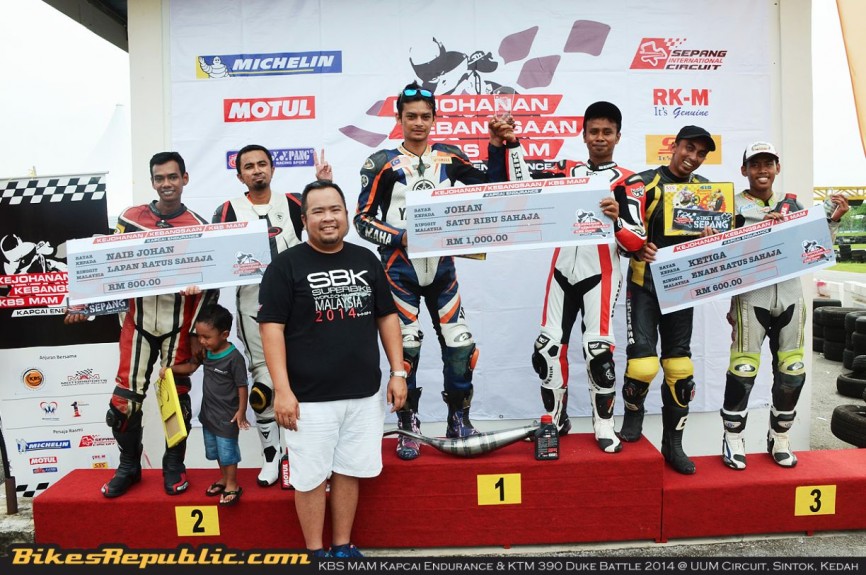 Last but not least, the Open Category honours was clinched by team Gababn GCR Motorsports. The team’s riding duo of Yunazri Yusof and Mohd Edzuan Bin Ab. Ghani completed a total of 96 laps in the two hour-long enduro on their Yamaha, ranking themselves first overall as well. 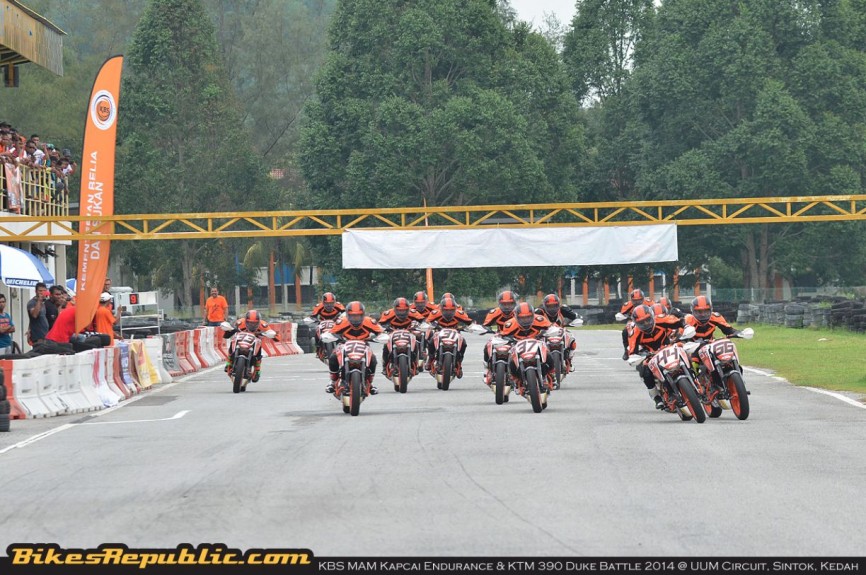 However, the highlight of the weekend has to be the action and drama-packed KTM 390 Duke Battle. The first race held in on Saturday morning saw two entrants crashing out within the first few laps while Race 2 saw one entrant involved in a dramatic crash in the circuit’s Turn 1. 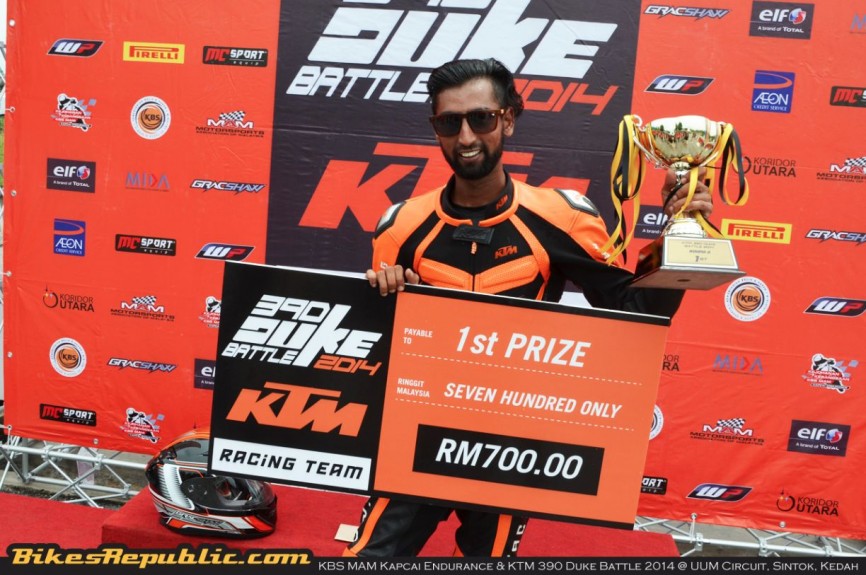 Claiming top honours in both races, as well as a spot in the series’ final round, was rider Vinod Dhanabala Singham who posted a fastest time of 1:07.028 in Race 1 and 1:07.191 in Race 2 held later in the afternoon. 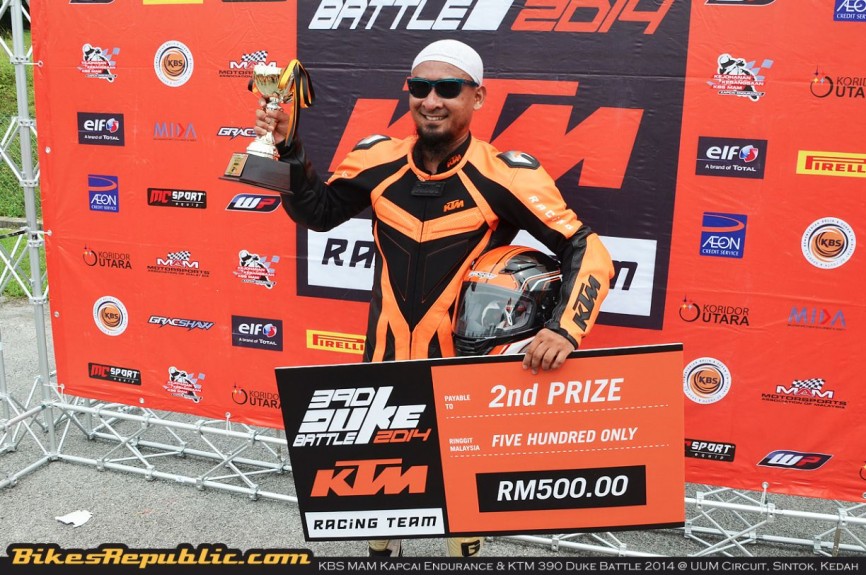 Winning the podium’s second spot in both races was Muhammad Imran Zulkafli. Fondly addressed as “Uztaz”, Imran also earned his spot in the series’ final round scheduled for later this year. 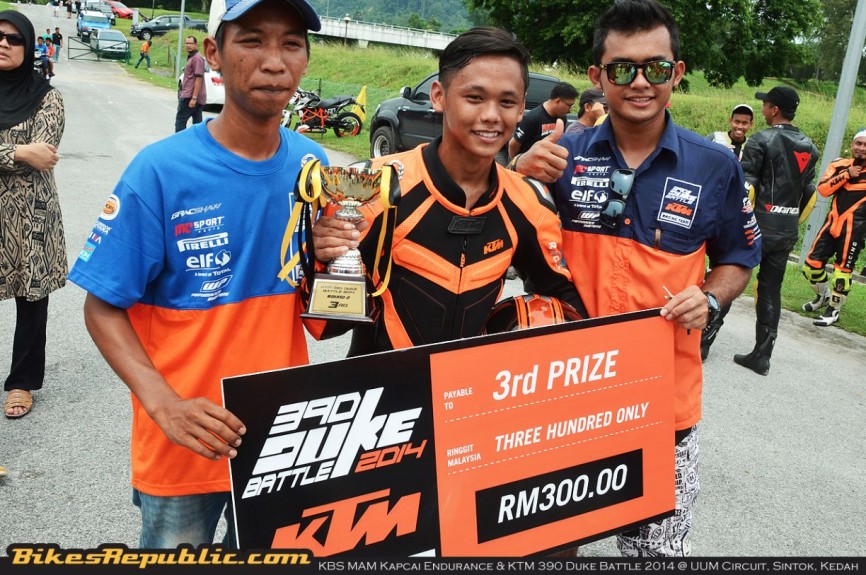 Young rider Nurahmad Fariz Nazreen completed the podium with his two third place finishes in both races. Despite missing out on the chance to compete in the finals, the youngster does take home a trophy, and a prize money worth RM300. 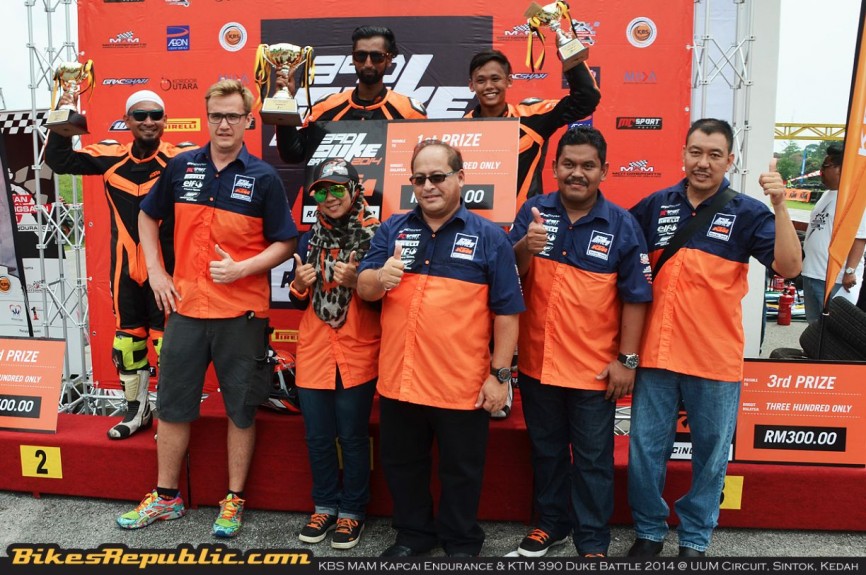 Vinod and Uztaz Imran will join Round 1 winners Wafi Hassan and Mohd Azrald Azmi at the finals. 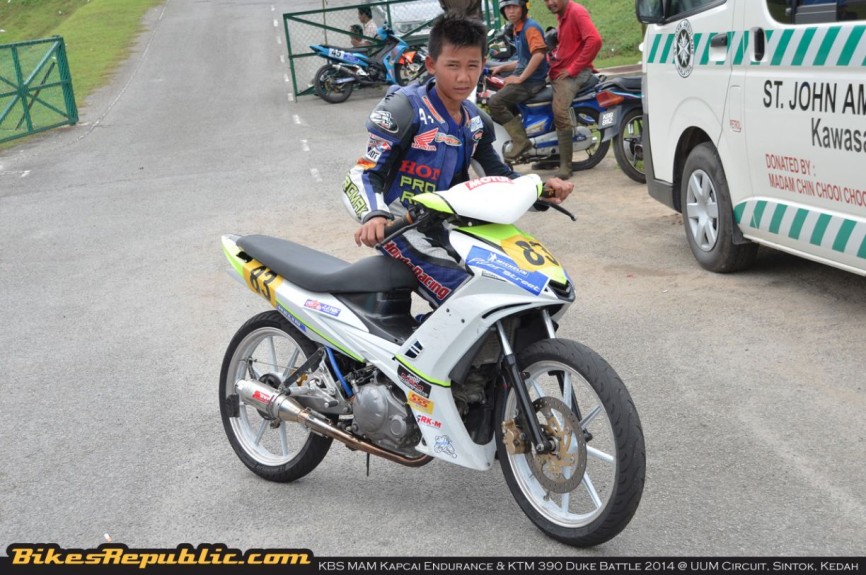 As the weekend in Sintok, Kedah, concludes, the KBS MAM Kapcai Endurance series will hold its fourth round in Selangor at a still undisclosed location on September 6 and 7. The KTM 390 Duke Battle on the other hand resumes on August 16 and 17 in the Sepang International Circuit.