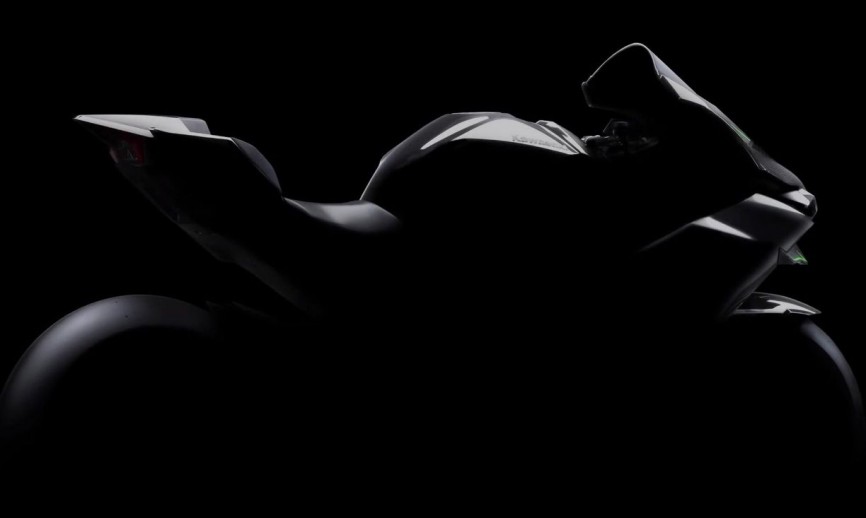 Yet another glimpse of the new and supercharged Kawasaki Ninja H2.

We are merely days away from the official debut date for the Kawasaki Ninja H2 supercharged super-mid, but that did little from stopping Kawasaki at releasing yet another teaser video recently.

This time though, Kawasaki opted to focus the video, posted above, towards the H2’s origins, with an appearance by the brand’s legendary 750SS mach IV two-stroke triple.

Known as the brand’s first model to adopt the ‘H2’ moniker, its depiction is quickly followed with the following text on screen: 1971 750SS Mach IV aka H2… Renowned as the world’s fastest motorcycle with incredible acceleration. H2 made a great sensation in the motorcycle industry. 2014 The H2 sensation is back.’

Kawasaki is indeed dropping a hint at the upcoming’s new Ninja H2’s potential at claiming a speed record. However, until it is revealed officially with details, your guess is as good as ours as to which record it has its sights on.

Like you, we’ve already seen and heard how the H2’s new and supercharged heart is going to sound like. We’re waiting as patiently as you are for its official reveal on Sept 30 at the INTERMOT show held in Cologne, Germany.