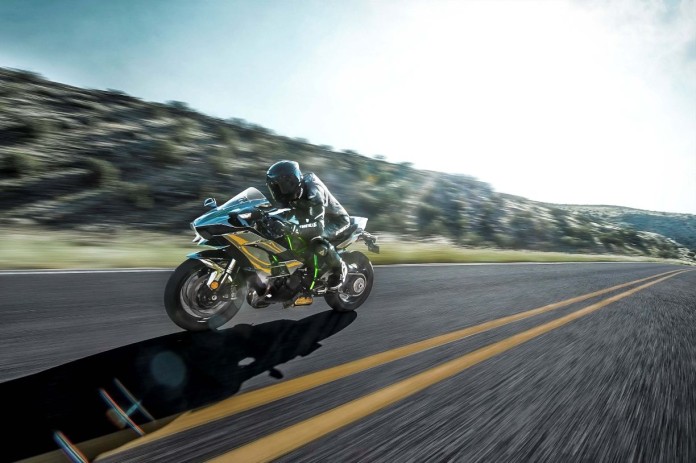 After making waves at INTERMOT with its manic Ninja H2R hyperbike, Kawasaki followed that up in EICMA 2014 with the Ninja H2 street version. 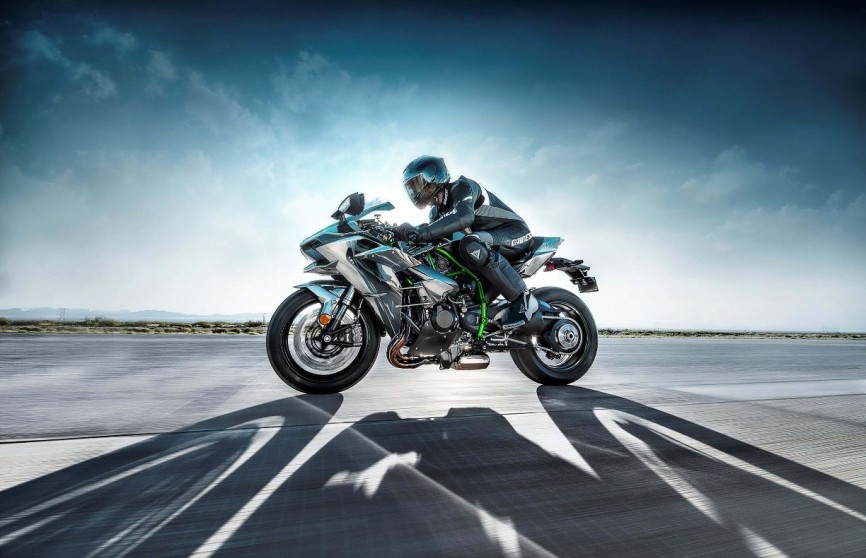 After seeing the manic and radical-looking Kawasaki H2R online just last month, it was clear that our favourite green-liveried brand is ushering in a new dawn. Forced-induction bikes are returning and Kawasaki’s leading the movement now. 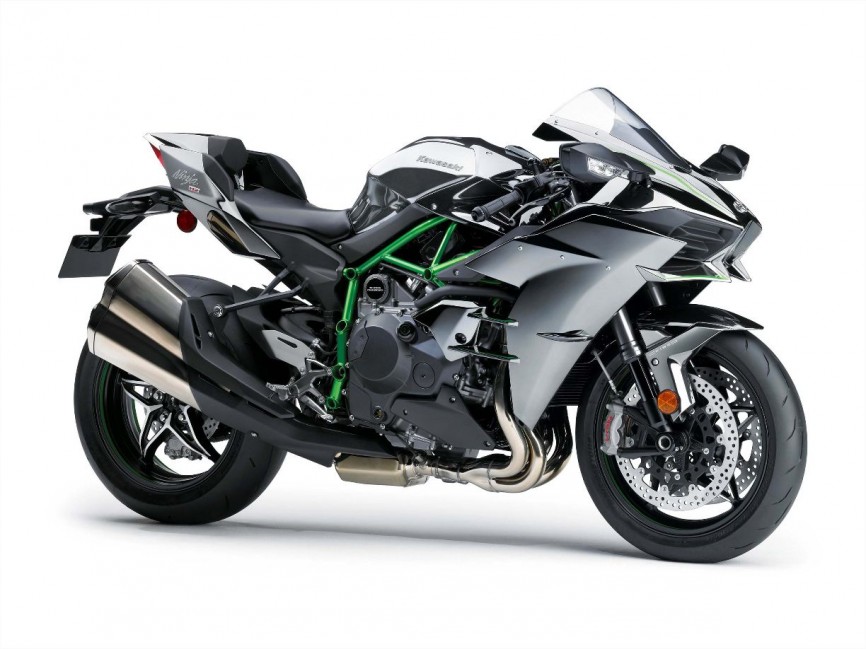 To show its serious commitment, Kawasaki unveiled this, the Ninja H2, at EICMA 2014 this week. Essentially, the Ninja H2 is a toned-down and street-legal iteration of the 300hp winged hyperbike Kawasaki brought to INTERMOT. 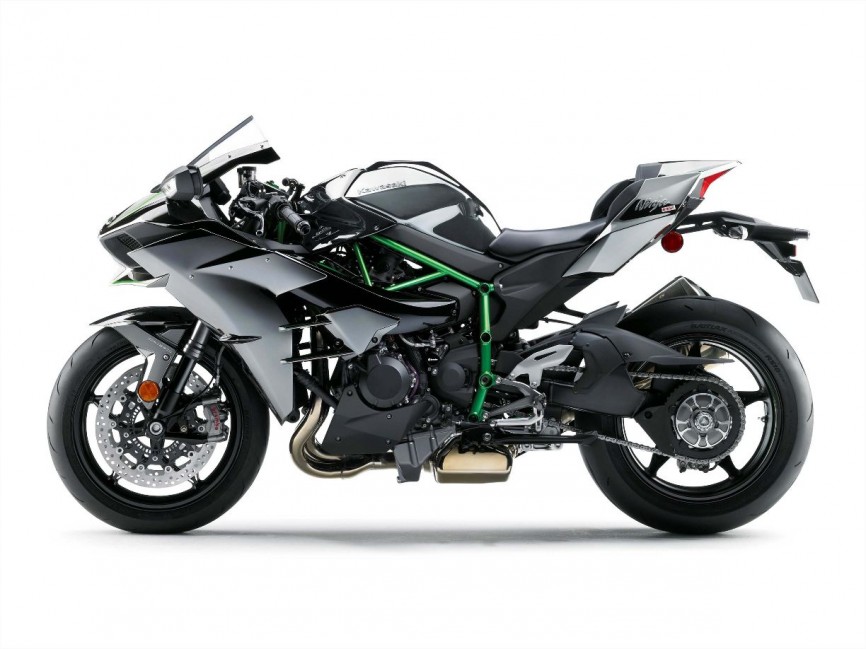 Firstly, the Ninja H2’s paint scheme is an engineering feat in its own right. It uses ‘a chemical reaction between a solution of silver ions and a reducing agent that forms a layer of pure silver’ says Kawasaki. This is the first production motorcycle to use such a photo-sensitive paintwork, changing between black under the shade, and a mirror-finished effect under light. 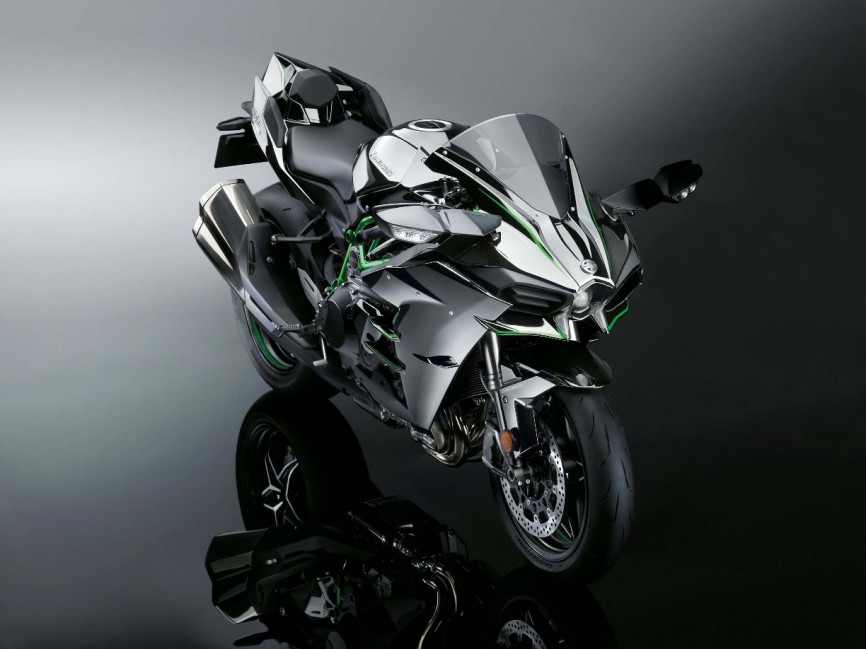 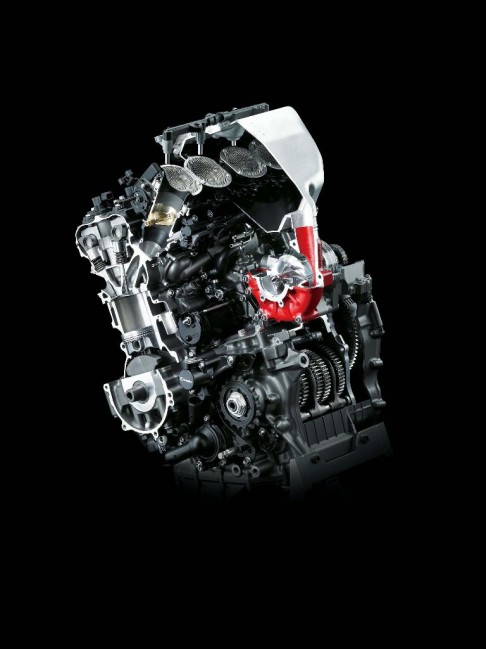 With a kerb weight of just 238kg, the Ninja H2 has a power-to-weight ratio rated at 0.88hp/kg. Kawasaki has designed the supercharger system with a two-step gear ratio, granting maximum boost at both low and high engine speeds. All this should be enough to propel the Ninja H2’s 238kg kerb weight up to speed quite rapidly, plus offer a broad power band for daily riding according to its makers. 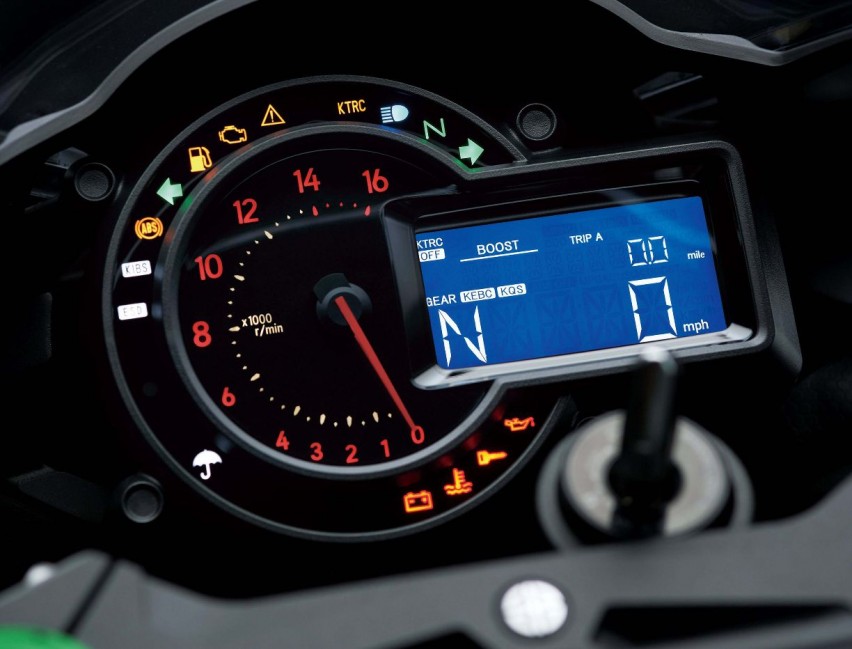 Other notable features in the equipment list include KYB-supplied fully adjustable suspension front and rear, followed by Brembo-sources brakes with the twin front discs measuring at 330mm and the single rear unit at 250mm. Carried over from the H2R hyprbike are several electronic aids such as traction control, launch control, engine brake control, ABS, quick shifter, and electronic steering damper sourced from Ohlins. 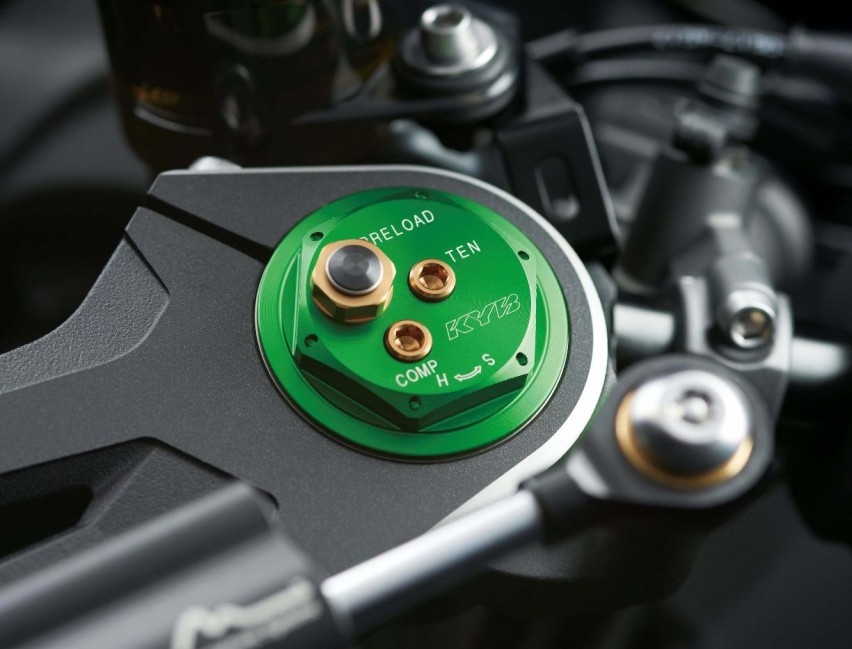 Unfortunately, here’s some bad news. Kawasaki intends to limit the Ninja H2’s production to an undisclosed number. Adding to that are the fact that the H2 is a pure single seater, followed by its asking price: Kawasaki is reportedly asking American buyers for US$25,000 for each. 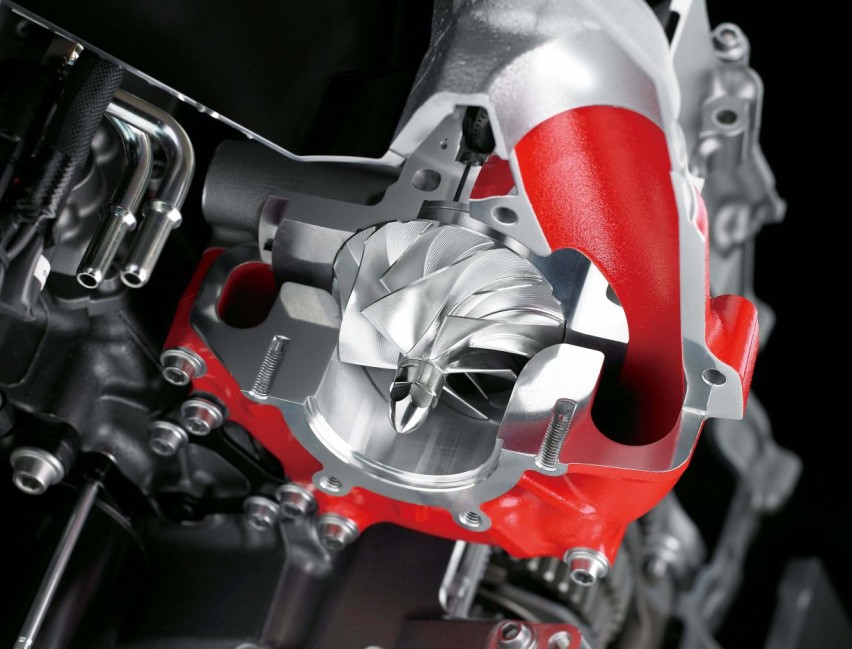 Nevertheless, both the track-only Ninja H2R hyperbike and Ninja H2 street bike will now stand as the benchmark for forced-induction bikes. 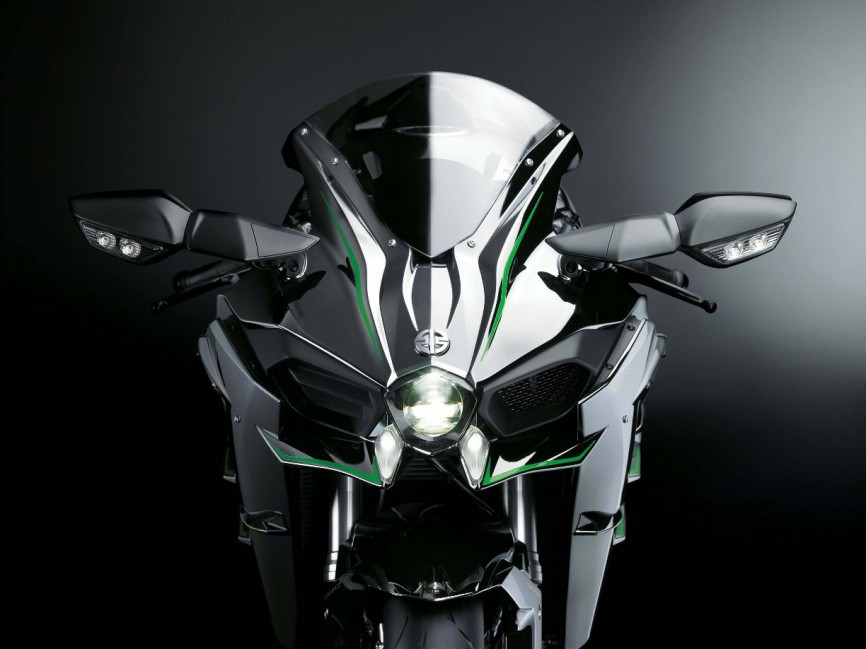 Kawasaki’s has shown off its supercharged method, all that’s left now is rivals Suzuki and a road-going iteration of its turbocharged Recursion Concept.

Check out the gallery below of both the Ninja H2 and track-only Ninja H2R for your viewing pleasure.