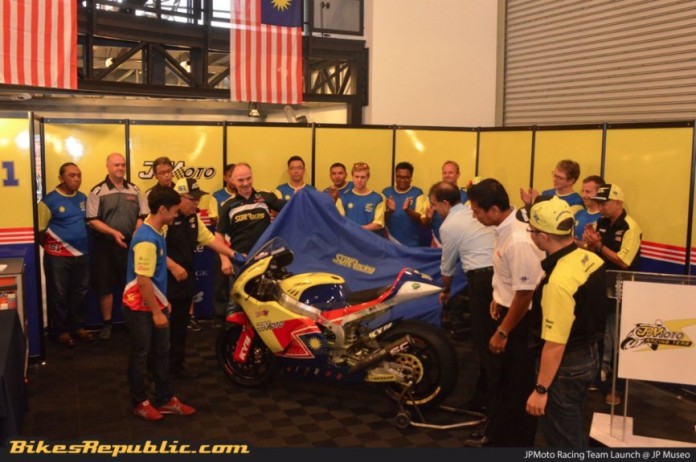 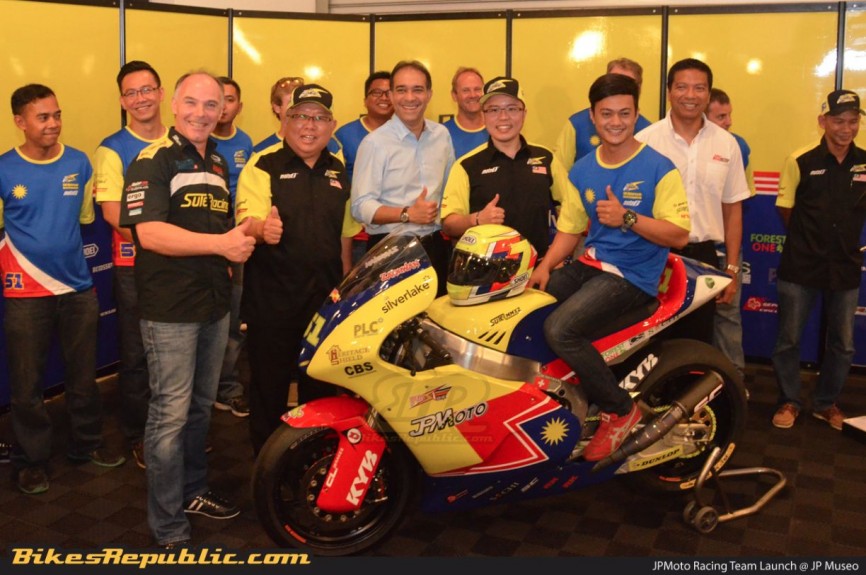 For the Malaysian two-wheeled racing fraternity, 2015 looks set to be a big year as the newly-formed and Malaysian-based JPMoto Racing Team officially marks its launch earlier today. 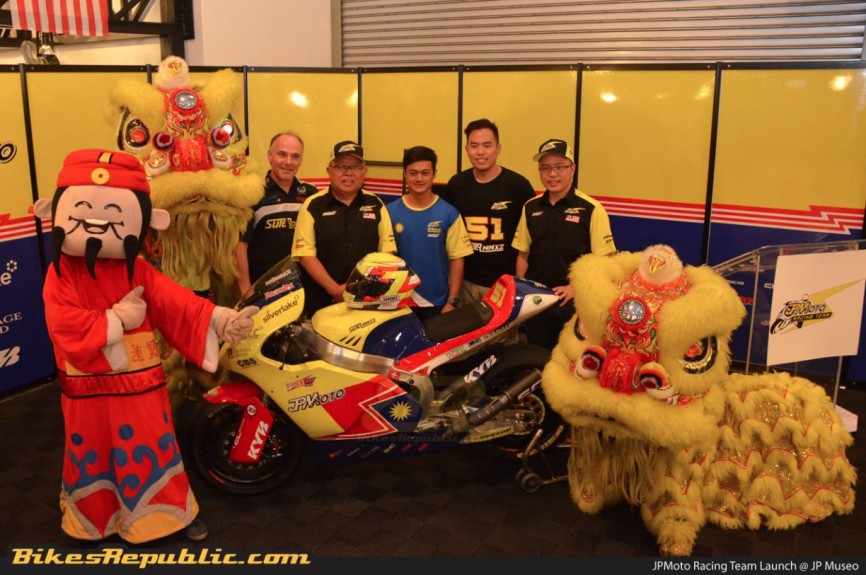 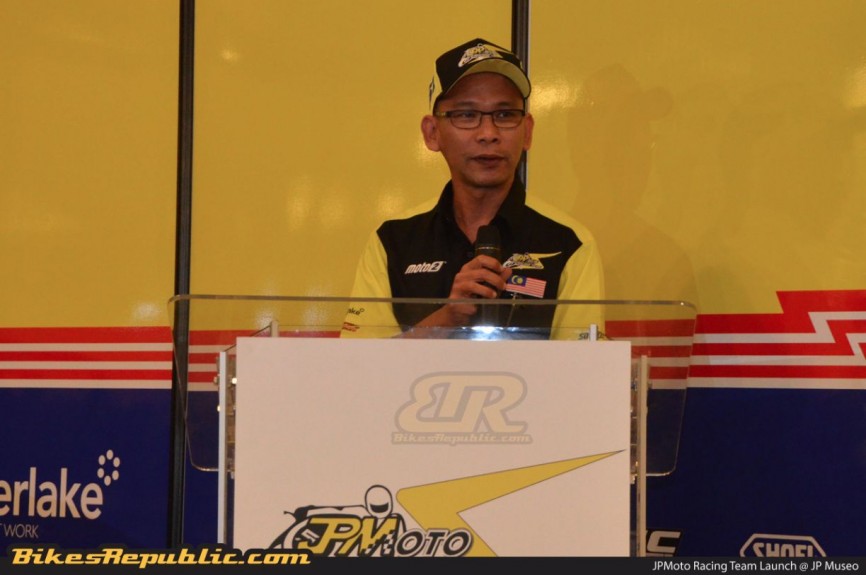 The team marked its official introduction, presenting its multi-national personnel led by team manager Raja Zaini. In the hot seat is non other than reigning ARRC and Cub Prix Champion Zaqhwan Zaidi. As we’ve previously reported, Zaqhwan takes the hot seat of the newly formed team’s Suter MMX2 Moto2 race machine for his full season in the Moto2 world championship this year. 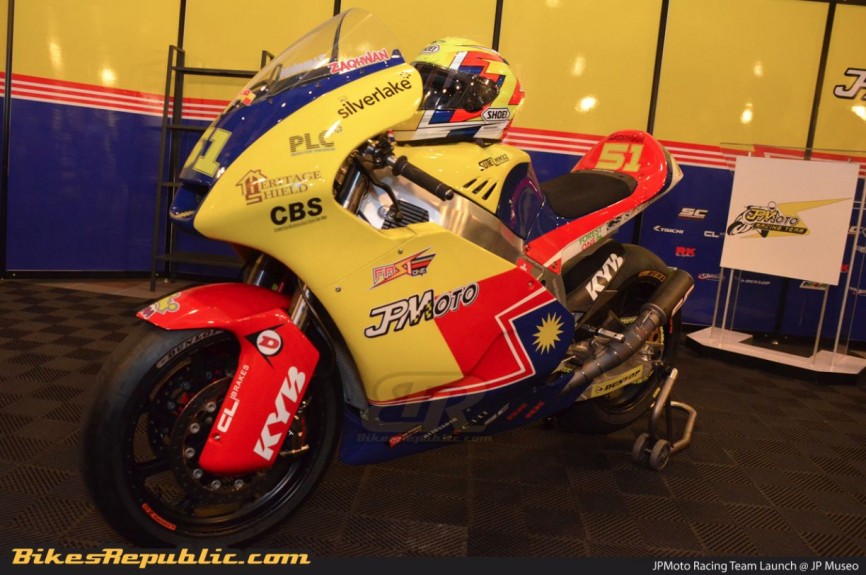 The 19-year-old native of Selangor was already hard at work prior to the team’s launch, spending much time in SIC over the past week in an intense shakedown and familiarisation of his new Moto2 race bike. Zaqhwan stands as the third Malaysian to line up on the Moto2 World Championship’s grid this year after Petronas Raceline’s Hafizh Syahrin and Idemitsu Honda’s Azlan Shah. This year, Zaqhwan will be committed fully to his new Moto2 endeavour. 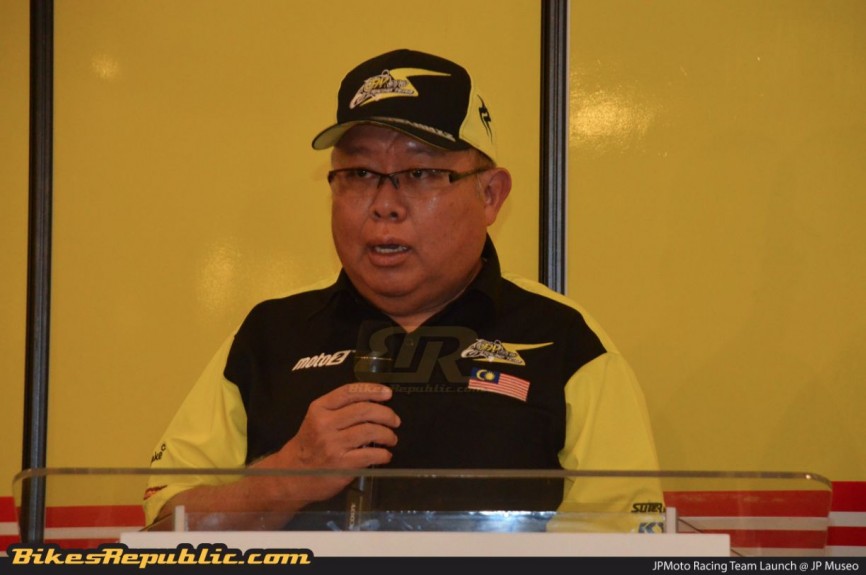 “Since this is our first season in the Moto2 world championship, we do not have any ambitious targets. We are looking for race finishes in the top-15. Anything else higher is a bonus,” said team owner and JPM Motorsports founder JP Chin. The launch also saw the team officially unveiling its striking livery, which proudly bore all the colours of the Jalur Gemiling.

Zaqhwan is no stranger when it comes to racing in Moto2, having participated as a wildcard entry in the category during last year’s edition of the Shell Advance Malaysian MotoGP race weekend. Additionally, Zaqhwan had also previously competed as a wildcard in the Malaysian round of the World Supersport Championship during last year’s inaugural Malaysian leg of the World Superbike Championship (WSBK). 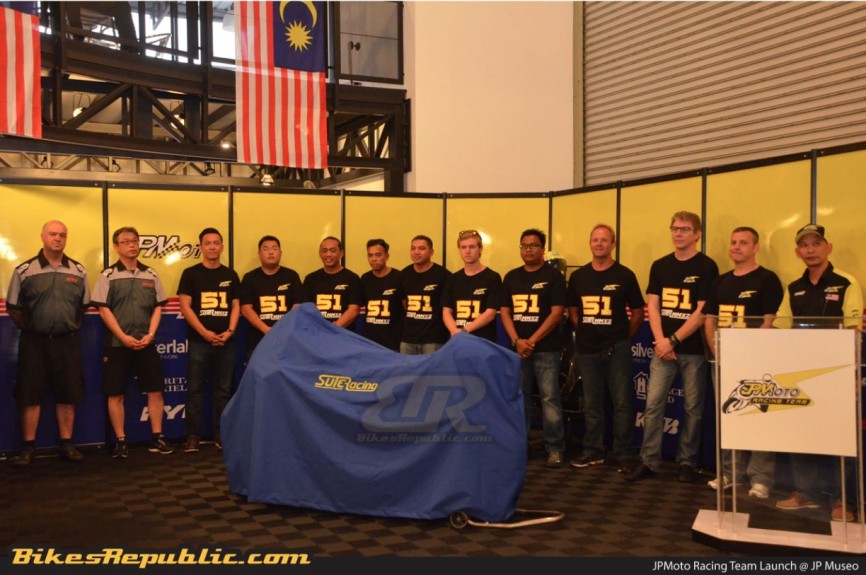 Being a true ‘Malaysian’ team, the JPMoto outfit’s team personnel comprise of individual hailing from more than six nationalities, not to mention a few Malaysian crewmembers who are motorsports veterans as well. 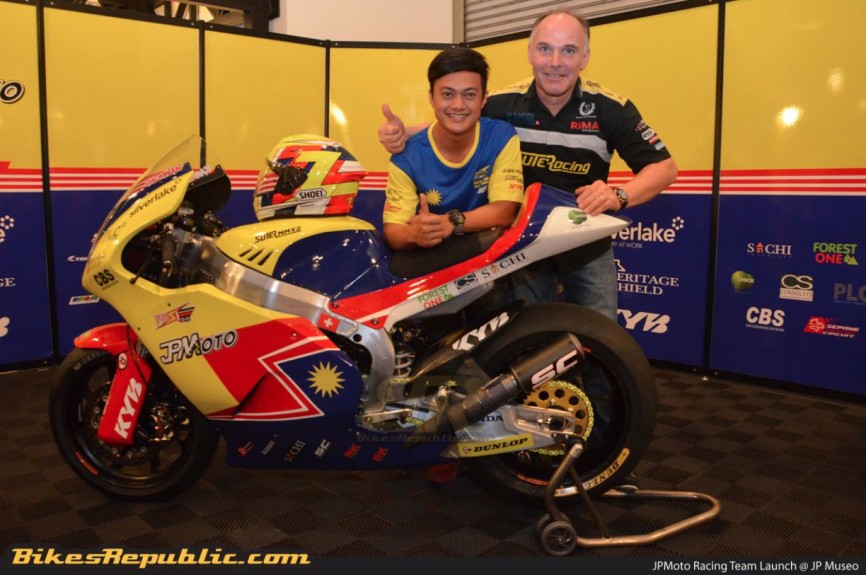 After receiving several encouraging words from Eskil Suter, 19-year-old Zaqhwan clearly looks set and ready to compete in the Moto2 world. The season-opener kicks off in Qatar this month on March 30th. 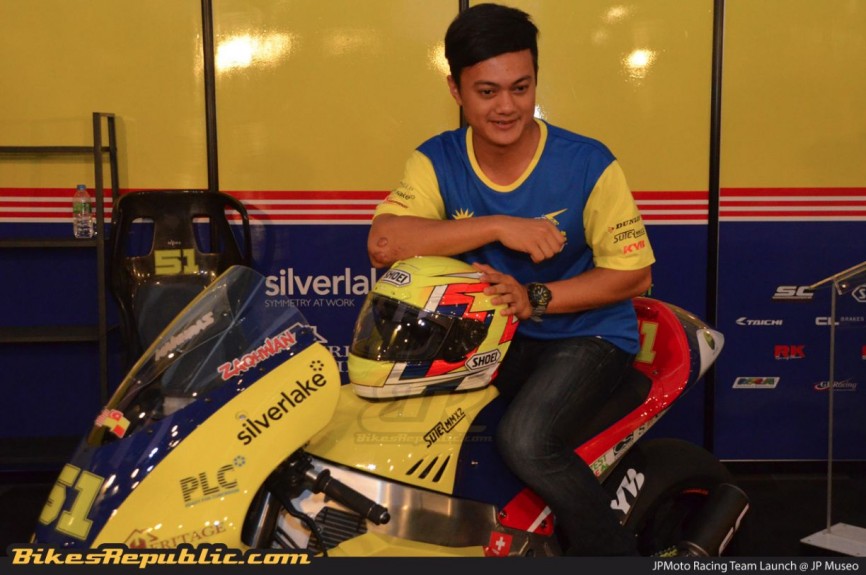 More information on the team’s progress, as well as the exclusive range JPMoto Racing Team official merchandise can be viewed online on the team’s official website.

Check out our extensive gallery below from the JPMoto Racing Team launch held in the JPM Museo, Kota Damansra.