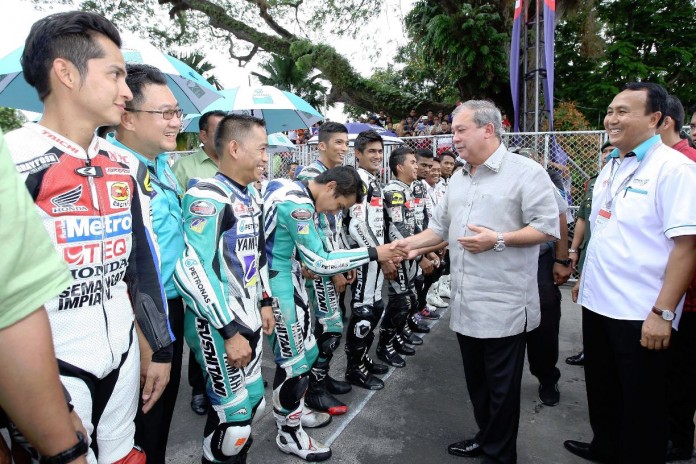 MUAR – History was made in Round 3 of the PETRONAS AAM Malaysian Cub Prix, which took place in Dataran Tanjung Emas with the presence of Johor’s Sultan Ibrahim Sultan Iskandar and members of the royal family on Saturday. 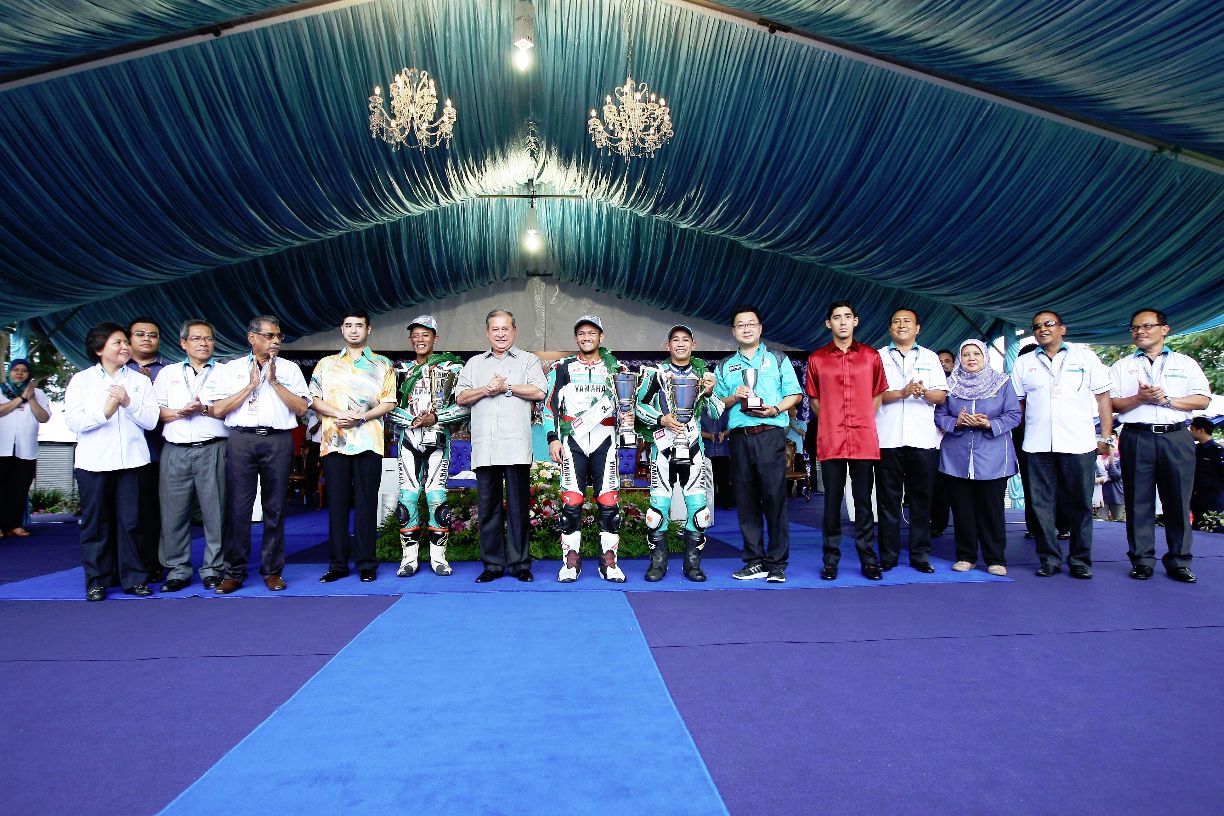 The Sultan, who was accompanied by Tunku Abdul Jalil Ibni Sultan Ibrahim, Tunku Laksamana Johor and Tunku Idris Iskandar Ibni Sultan Ibrahim, Tunku Temenggong is the first state ruler to grace the local motorcycle racing championship event since it began in 1994. For the organizer, Safe Aim Mutual and title sponsor, PETRONAS, the royal visit marked an important milestone for the underbone motorcycle championship, which serves as a stepping stone for young Malaysian talents before making it in international racing circuits. 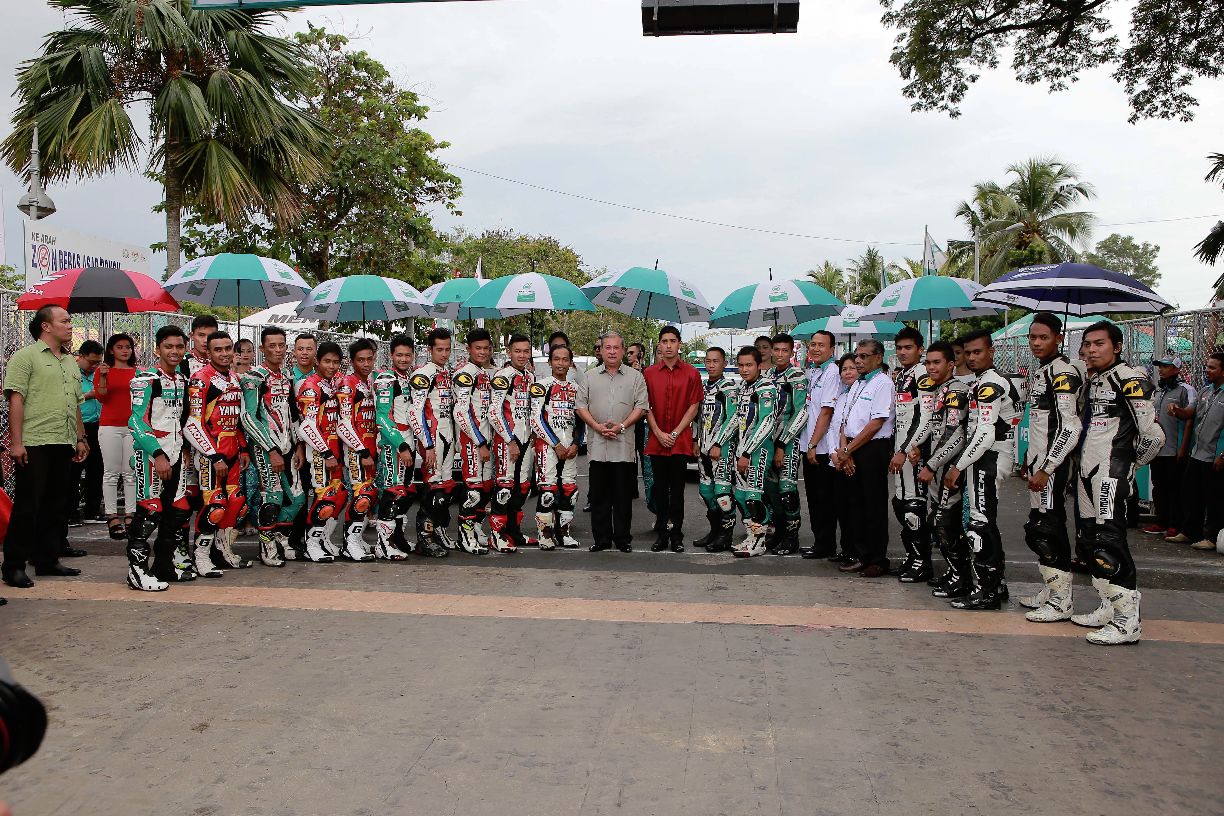 Better yet, it was a race that saw PETRONAS supported riders, Mohd Affendi Rosli, Ahmad Fazli Sham and Abdul Muhaimin Roslan dominate the CP130 class while Kasma Daniel Kasmayudin won the intermediate CP115. “The Sultan’s visit is indeed an honour and recognition of our efforts in developing young motorsports talents at the grassroots, as well as in grooming those with the best potential to progress internationally,” said Rizan Ismail, General Manager, Brand Management Department, Group Strategic Communications, PETRONAS.

Among Malaysian riders who were discovered through the PETRONAS AAM Malaysian Cub Prix include PETRONAS Talent Development Programme’s Hafizh Syahrin Abdullah, who now competes in the FIM World MotoGP Championship (Moto2) and Ramdan Rosli who is racing in the FIM CEV Repsol European Championhip (Moto2 Category). Other Moto2 contenders that began their racing careers through the Cub Prix Championship are Azlan Shah and Zakhwan Zaidi. 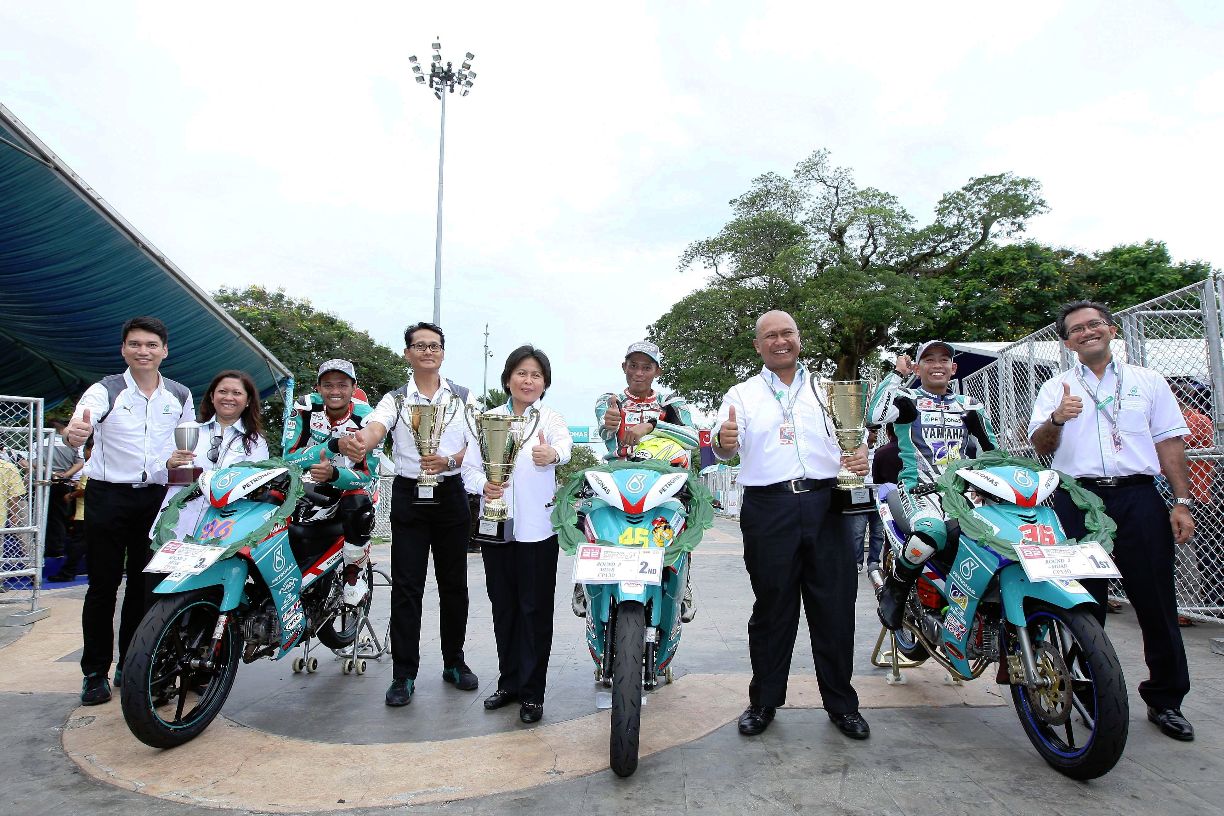 The event, a festive affair filled with motorcycle-themed attractions for members of the public was held for the first time at the riverside venue, just minutes away from Istana Tanjung. It saw 129 riders from 26 teams compete in six racing categories including the CP130, CP115, Wira (riders aged 13-17 years old) and Pro Am (privateer) categories.