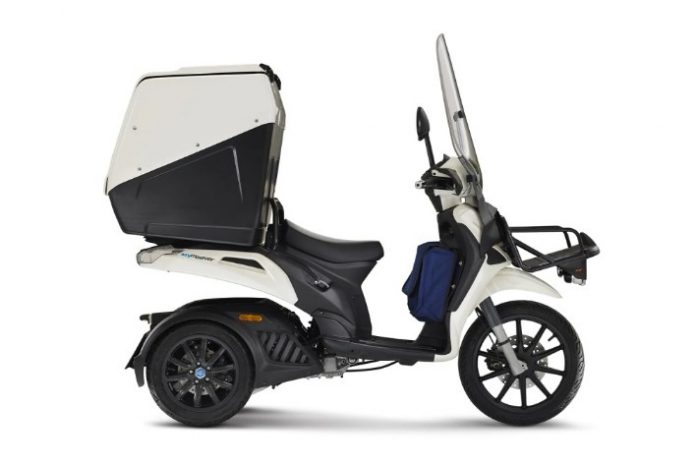 If you’ve been to Japan, chances are you might have come across a unique-looking three-wheeler going down the road, especially around city centres. 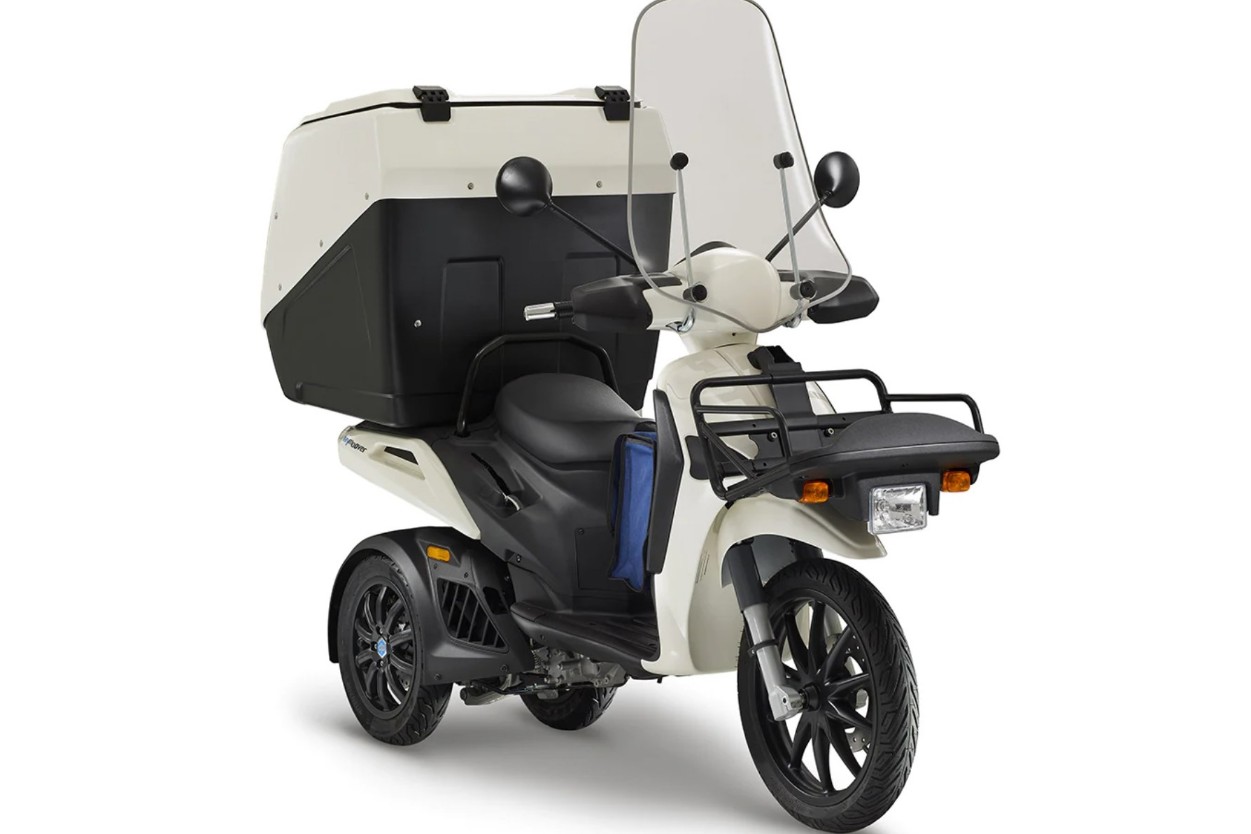 These three-wheelers are small, affordable vehicles generally used by restaurants and cafes to deliver food and drinks to nearby customers.

There are many of these scooters in Japan; surprisingly, some are made by well-established motorcycle companies.

As such, the Italian scooter company, Piaggio, wants to be a part of the quirky three-wheelers market with the MyMoover. 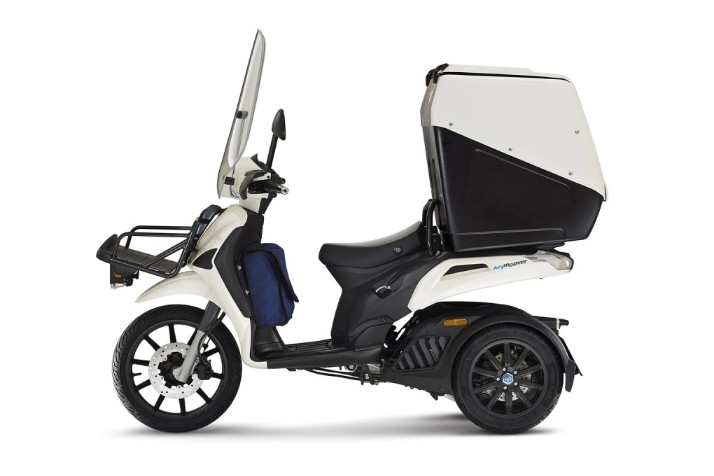 The Piaggio MyMoover is a cute-looking delivery electric three-wheeled moped developed exclusively for the Japanese market.

According to Piaggio, the MyMoover features a two-wheel at the rear and one wheel at the front while equipped with a massive rear luggage compartment.

Interestingly, the Piaggio MyMoover is able to lean just like a standard Piaggio scooter. 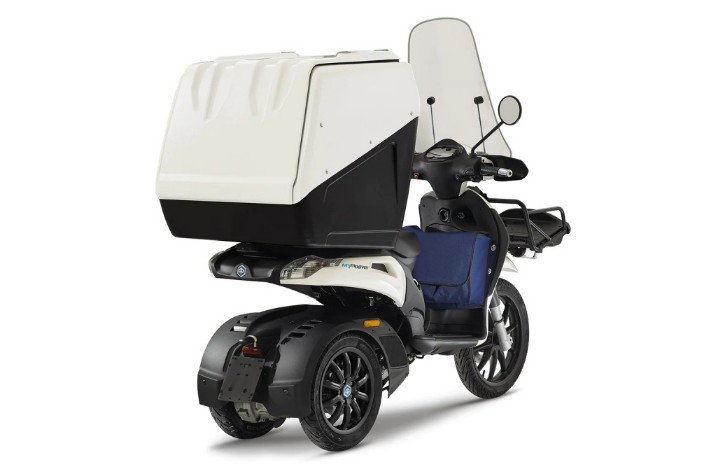 Despite the vast payload (261 litres of cargo), Piaggio claimed the moped is as stable as a typical scooter.

Also, the overall structure is built to ensure that the weight distribution (between the rider and luggage) is loaded evenly across three wheels. This feature provides additional stability and a natural riding feel of a typical moped.

Powering the MyMoover is a standard 125cc liquid-cooled, a single-cylinder unit designed to provide workhorse-like performance.

Apart from the 261L of cargo space for the rear top box, the front luggage crack can carry additional 20kgs while the leg shield bag can store an additional 5kgs of luggage.