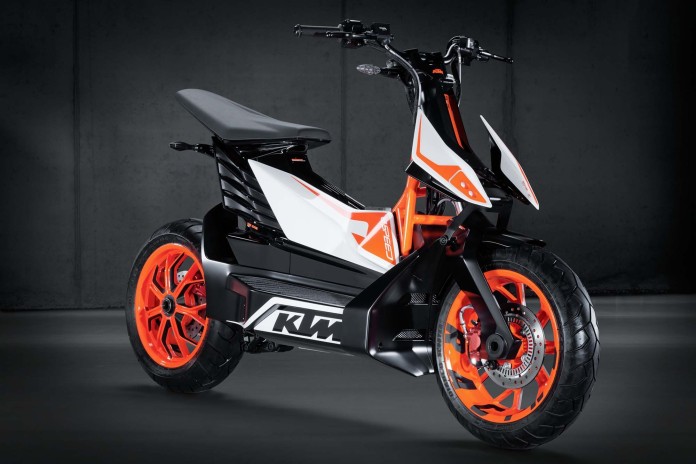 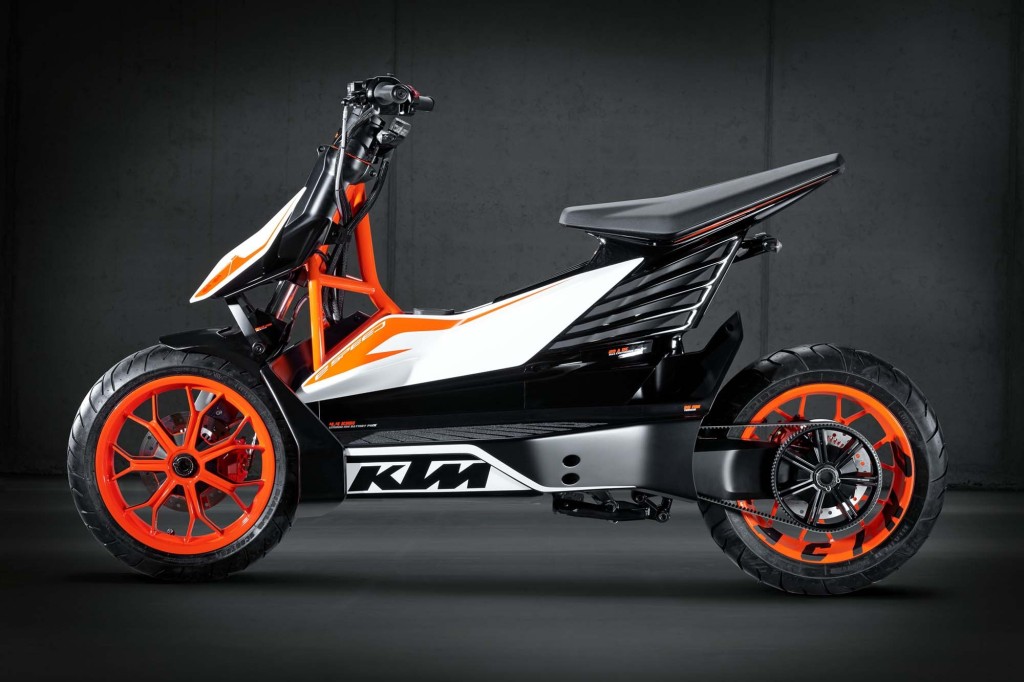 It appears that the KTM E-Speed electric scooter concept could be revived. According to the Austrian firm’s recently released annual investors’ report, it states that KTM spent some time last year in developing a ‘model equipped with an alternative drivetrain system to meet the requirements of urban mobility scenarios’. 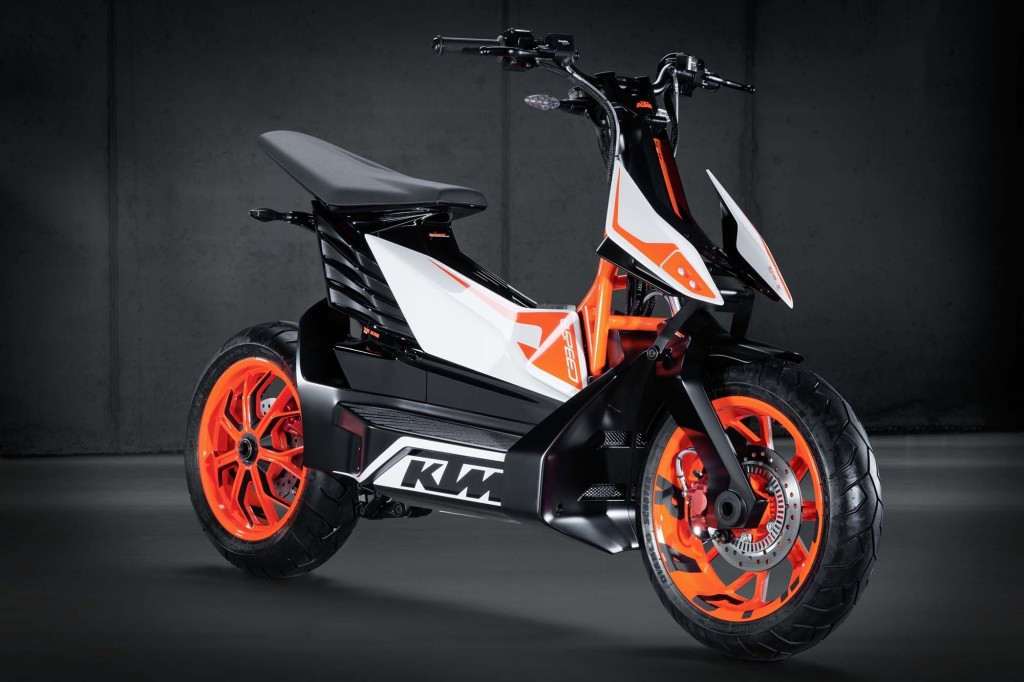 KTM states that the model in question has only reached its concept development stage and remains coy about targeted production date or what exactly is the ‘alternative drivetrain’ is comprised of. But given the way it was worded as an ‘urban mobility’ vehicle, not forgetting KTM’s interest in electric power, all signs point towards the KTM E-Speed electric scooter concept.

The KTM E-Speed electric scooter concept was first shown back in 2013. The E-Speed features a 4.36kWh battery pack and liquid-cooled electric motor system with 14.75hp that is derived from the KTM Freeride E electric dirt bike and its Freeride E-SM electric supermoto offshoot.

The concept was envisioned to have a top speed of at least 85.3km/h and a maximum range of roughly 60km whilst the battery would’ve taken less than 2 hours to recharge. Being a KTM, the E-Speed also boasted much of what the marque’s other bikes had too such as WP suspension all round, ABS brakes and single-sided front and rear wheel linkages. 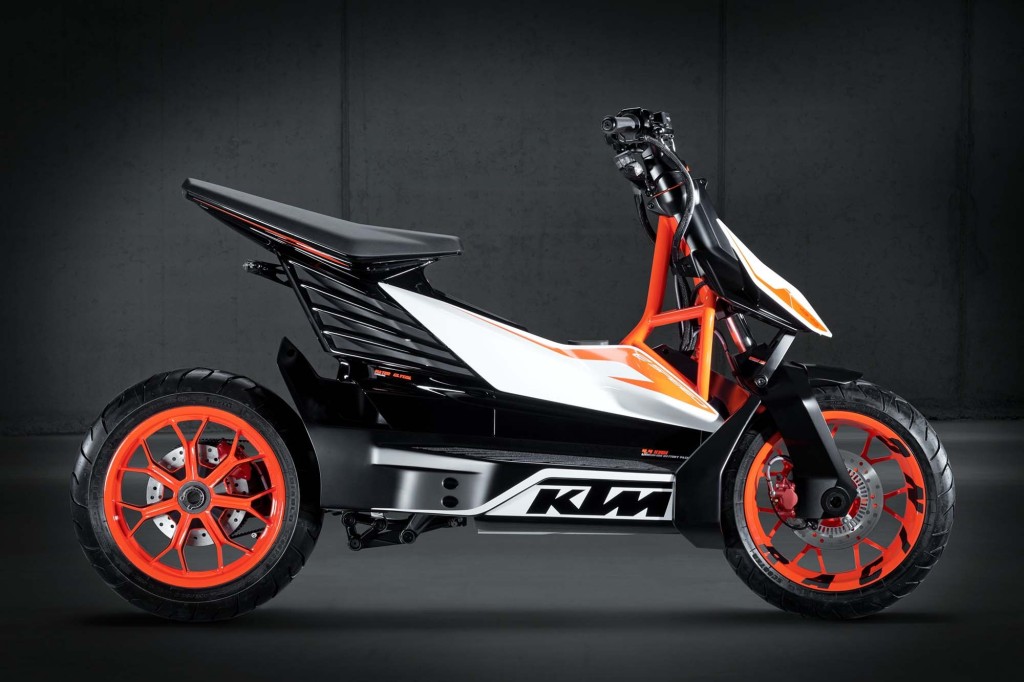 Initial plans revealed that the KTM E-Speed scooter was destined for production in 2015 but KTM cancelled the plan in 2014 and concentrated more on its core models instead. The statement in its annual report likely suggests that the E-Speed could be revived, or at least its original concept being reworked for something brand new with the same direction. 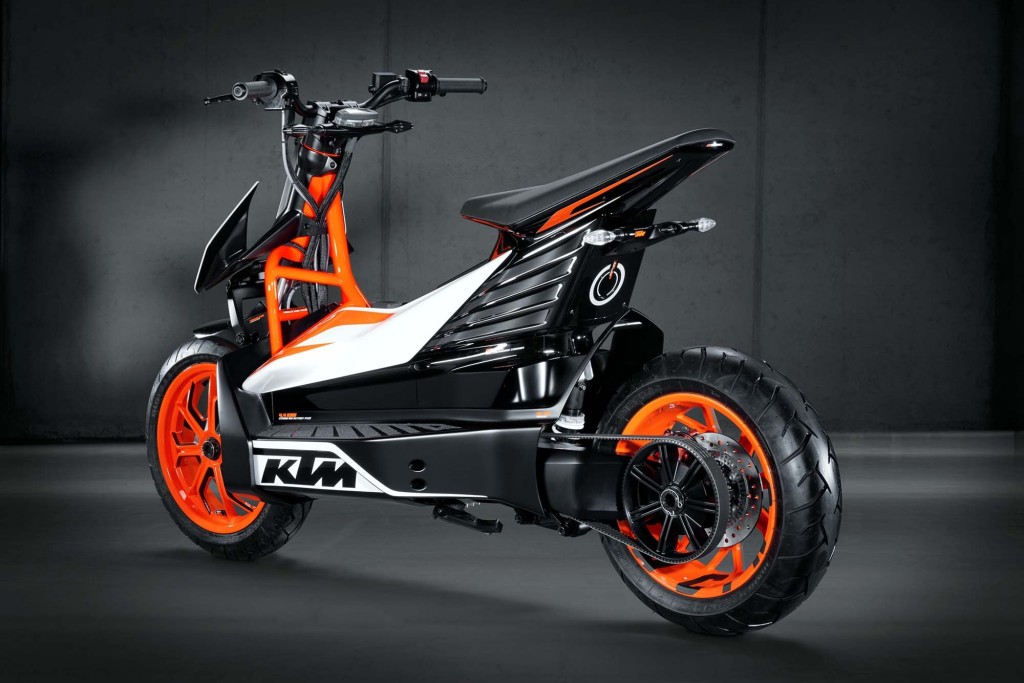 Besides this, the firm also confirms in its annual report that it is also developing an ‘innovative lighting systems in LED technology to increase the level of safety and durability under extreme conditions’ as well. We could perhaps see this much sooner given the fact that its recently spotted prototypes undergoing tests have their front fascias covered up heavily, building suspicion that KTM will be fitting new LED technology into its headlights.

Whilst the possibility of the KTM E-Speed electric scooter concept being revived remains to be seen for now, the new LED tech could in fact make its way into the refreshed 1190 Adventure and 1290 Super Adventure models for 2017. These, as well as the new 890 Duke and refreshed 390 Duke models, could be revealed during either INTERMOT or EICMA later this year.