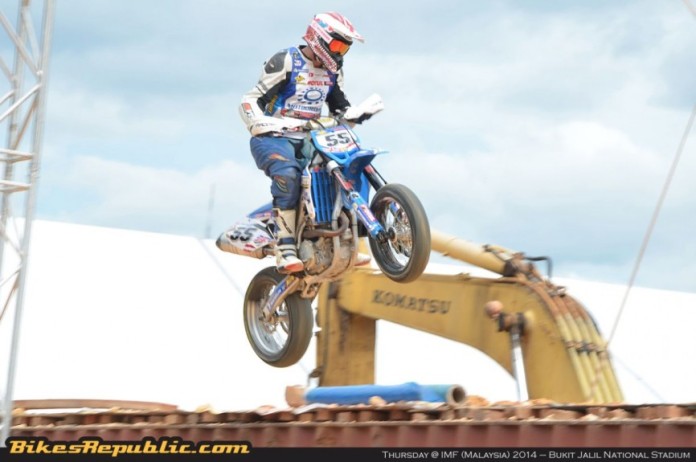 A preview of this weekend’s IMF Malaysia 2014 bike fest and supermoto race taking place in the Bukit Jalil National Stadium.

One of Asia’s biggest motorcycling festivals, the IMF (International Motorcycle Festival) Malaysia 2014 will be taking place this weekend at the Bukit Jalil National Stadium. One of the biggest highlights of the weekend is the EnduroX and Supermoto race events, which marks its first appearance in the region. 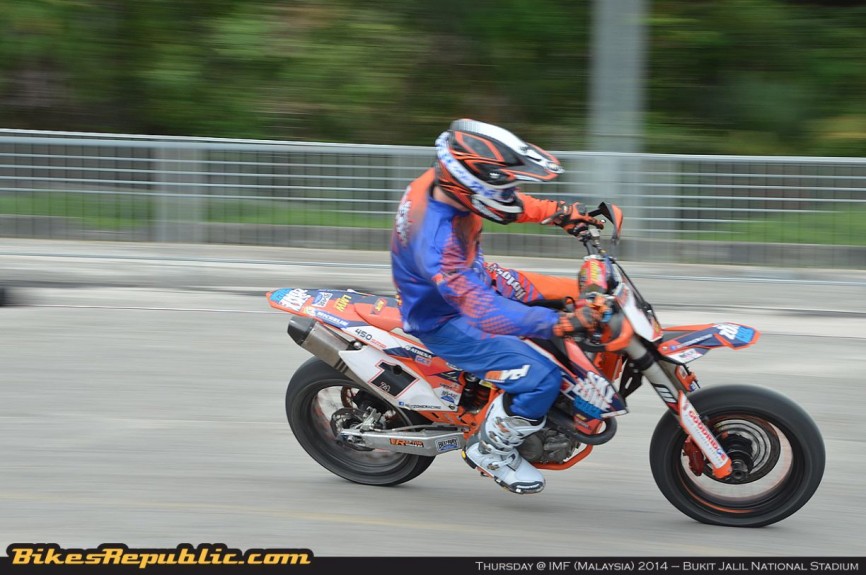 Some of the sport’s biggest names will be racing on Saturday and Sunday. These include 33-year-old Edgars Ivushkns, the 2007 Latvian National Supermoto Champion and 2013 Supermoto of Nations rider for Team Latvia. Next on the list is 22-year-old British sensation Lewis Cornish, the two time British Junior Supermoto Champion and reigning British Masters Supermoto champion. 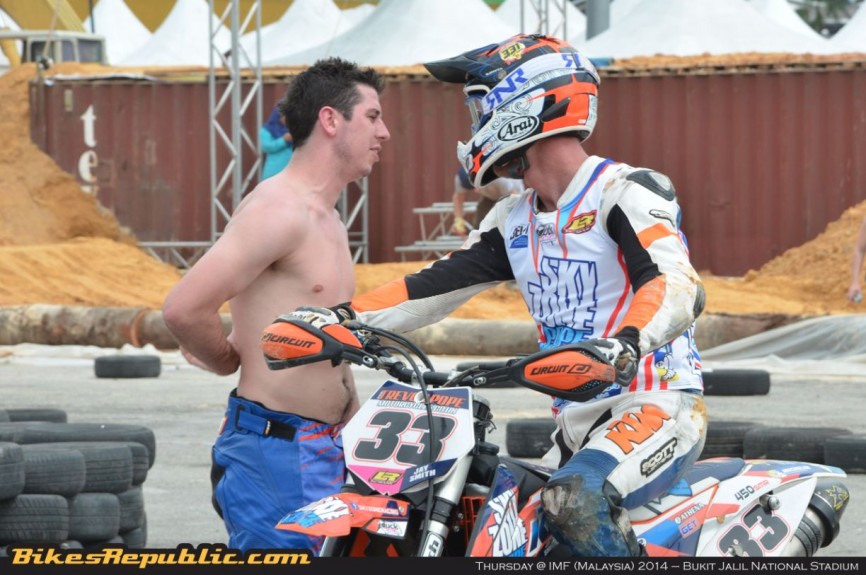 We caught up with some of the riders and organisers earlier today in Bukit Jalil to see the progress of the track’s built. Present here were British Supermoto rider Jay Smith, as well as fellow Englishman and nine-time Birtish Supermoto champion Chris Hodgson. 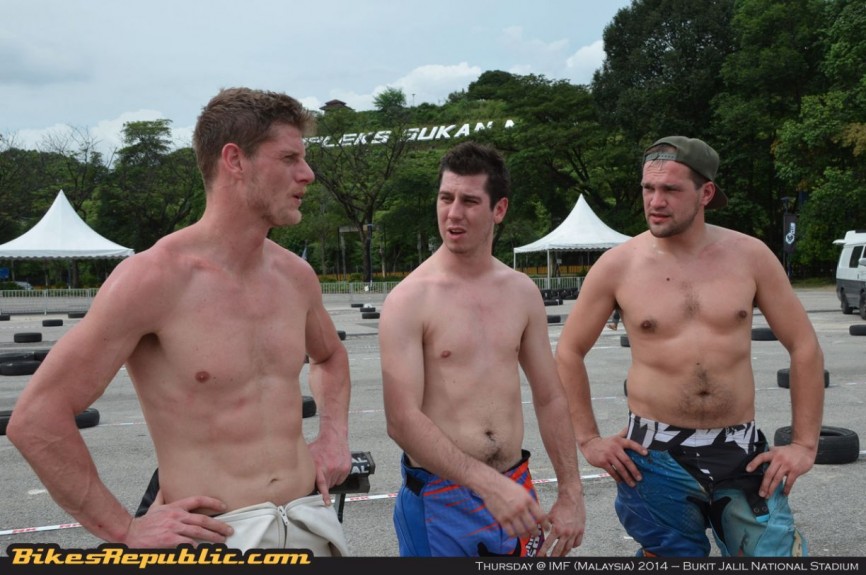 Both Smith and Hodgson, as well as Latvian ace Edgars were present to get their first trials of the circuit. The trio were also on hand to assist organisers in fine-tuning the track’s built, which evidently was a challenge. The partial dirt track consists of two small jumps and one large one, which allowed the three to catch some impressive air-time in their tests. 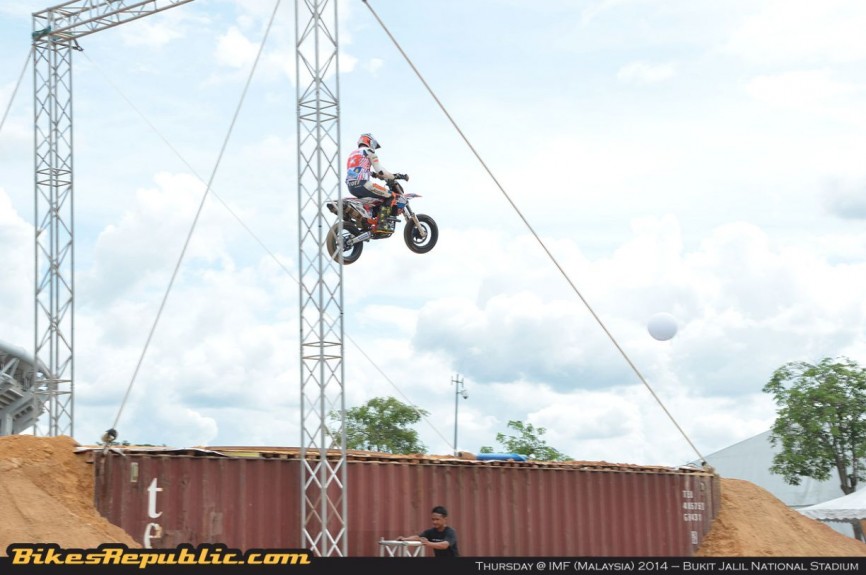 For the riders present during our visit, this marks their first appearance in the region. Predictably, all the riders we spoke to had the same to about their main challenge, which was acclimatising themselves to our hot and humid weather conditions. The other challenge here was the need to adapt their riding skills to suit the soft soil used in the dirt part of the course. 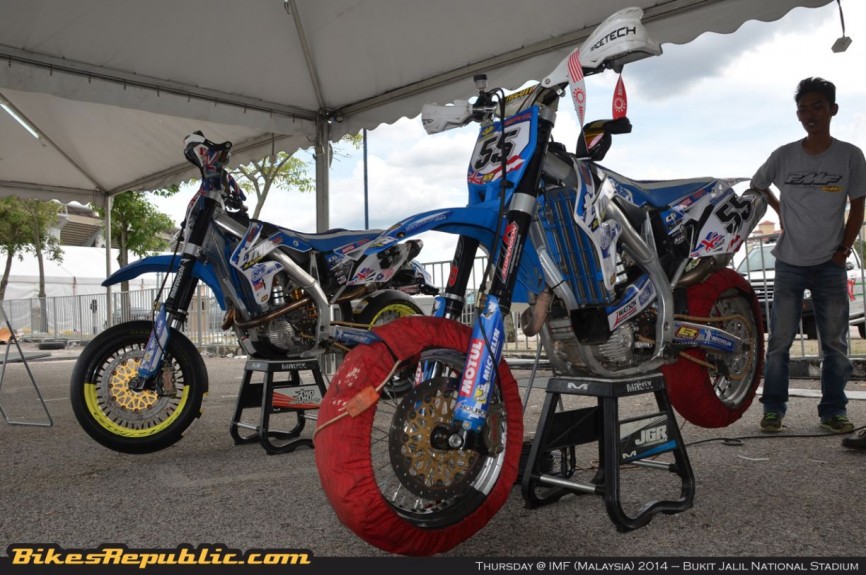 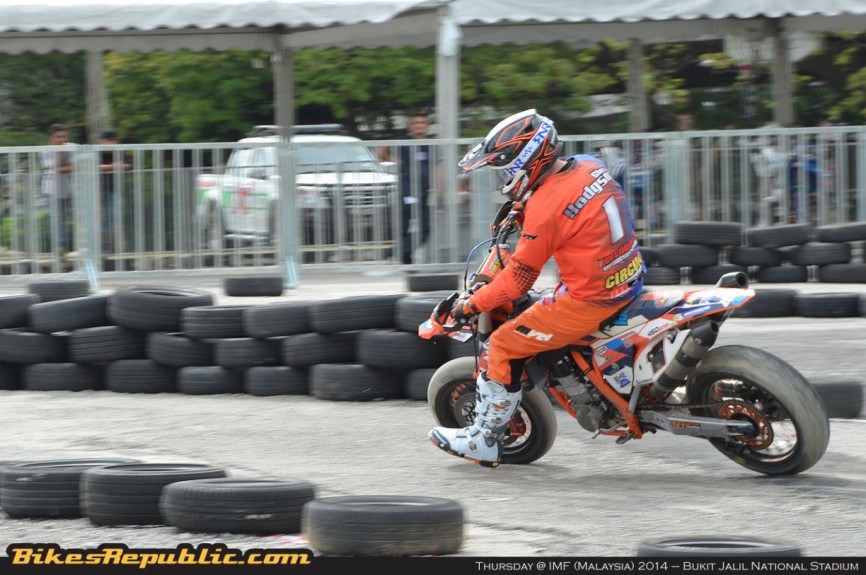 Besides the EnduroX and Supermoto race events, the festival will also feature various vendors and manufacturers present in the carnival area. Amongst the notable big names present here include Prince Lubricants, Naza Bikes, and KTM. Suffice to say, there will be plenty to enjoy for all motorcycle enthusiasts present. 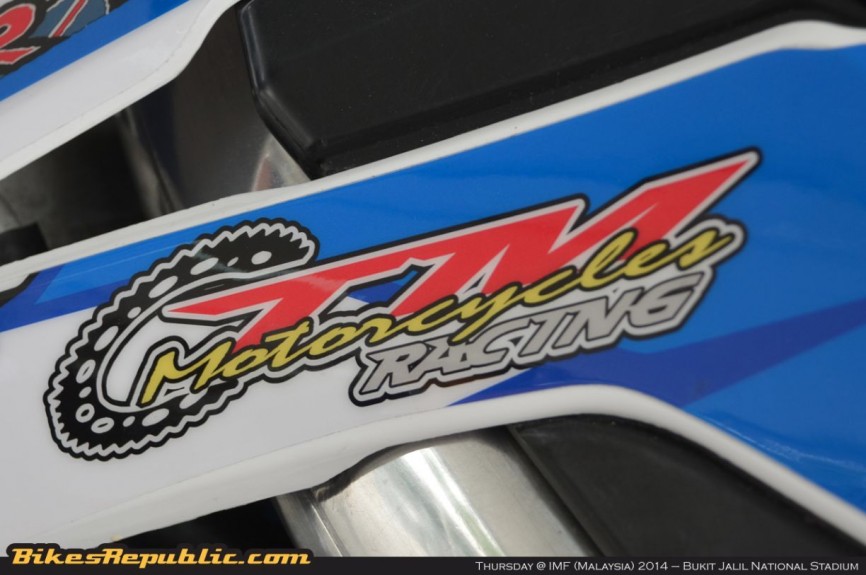 Adding further to the carnival are stunt riding demonstrations, as well as a stage where local rock legend Amy Search and local rock band Bunkface will be headlining.

IMF Malaysia 2014 will be held across three days starting from Friday, December 19 until Sunday, December 21. The event kickstarts itself at 11:30am on Friday until 7:30pm, and from as early as 10am until 7:30pm on both Saturday and Sunday. Entrance for the public is free and the show ground is just a five-minute walk from the Bukit Jalil LRT station.