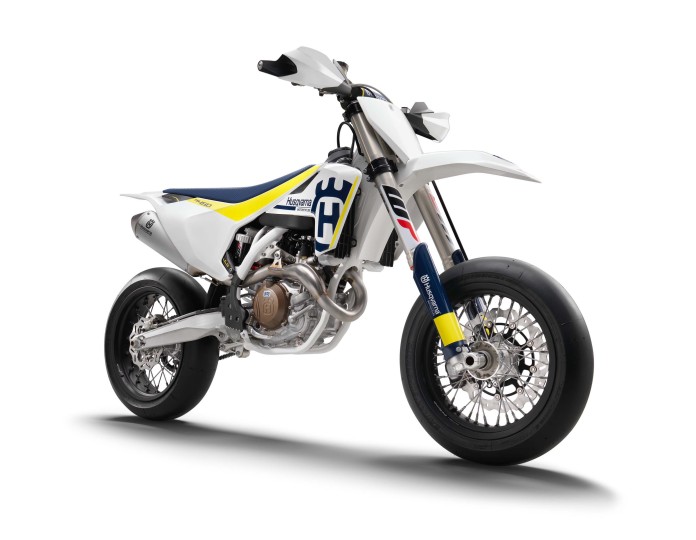 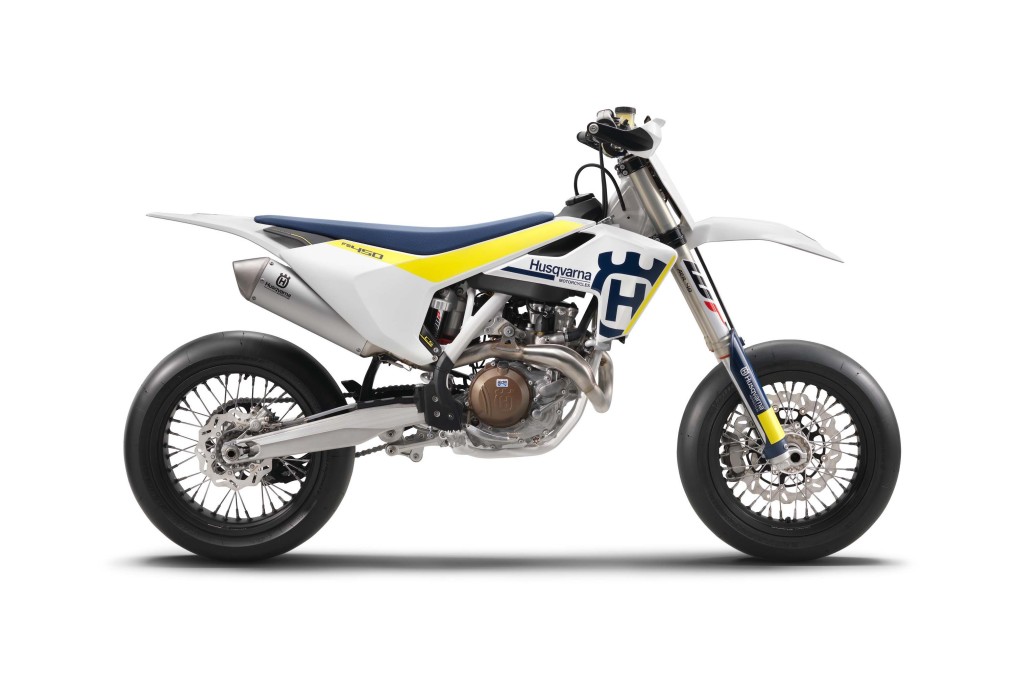 The Husqvarna FS450 supermoto may not be an old bike, but that doesn’t mean there isn’t room for improvements. The KTM-owned Swedish marque just announced a series of updates for the model’s 2017 iteration.

You’d think that being perhaps the most advanced factory-built supermoto in existence has got it going. But it seems Husky has made the FS450 slightly better by priming it with a new pair WP AER 48 forks. 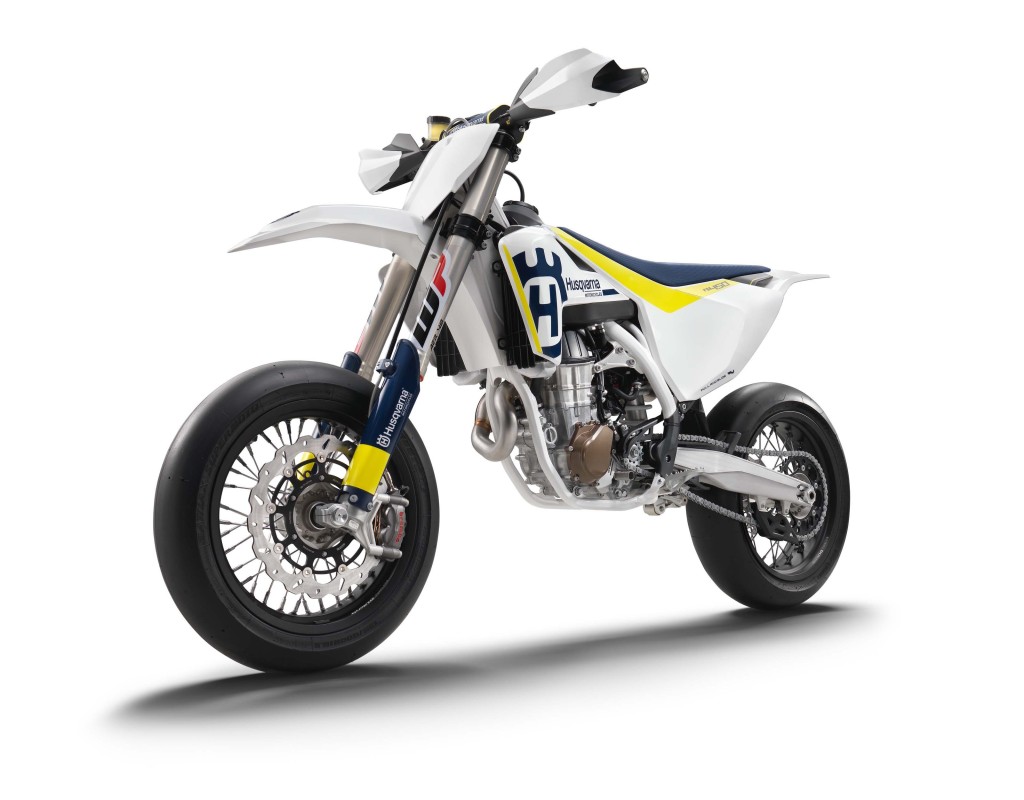 The new front forks, which feature CNC-machined tubes, now offer 5mm more travel plus easier adjustments whilst saving about 1.66kg in weight over the previous model’s kit. Also changed here were the top triple clamps – also CNC-machined – and a new set of mounting clamps for the bars.

Besides that, the 2017 Husqvarna FS450 also benefits with a series of new engine mounts as well. Husky claims that these deliver both improved suspension performance and reduced weight as well. 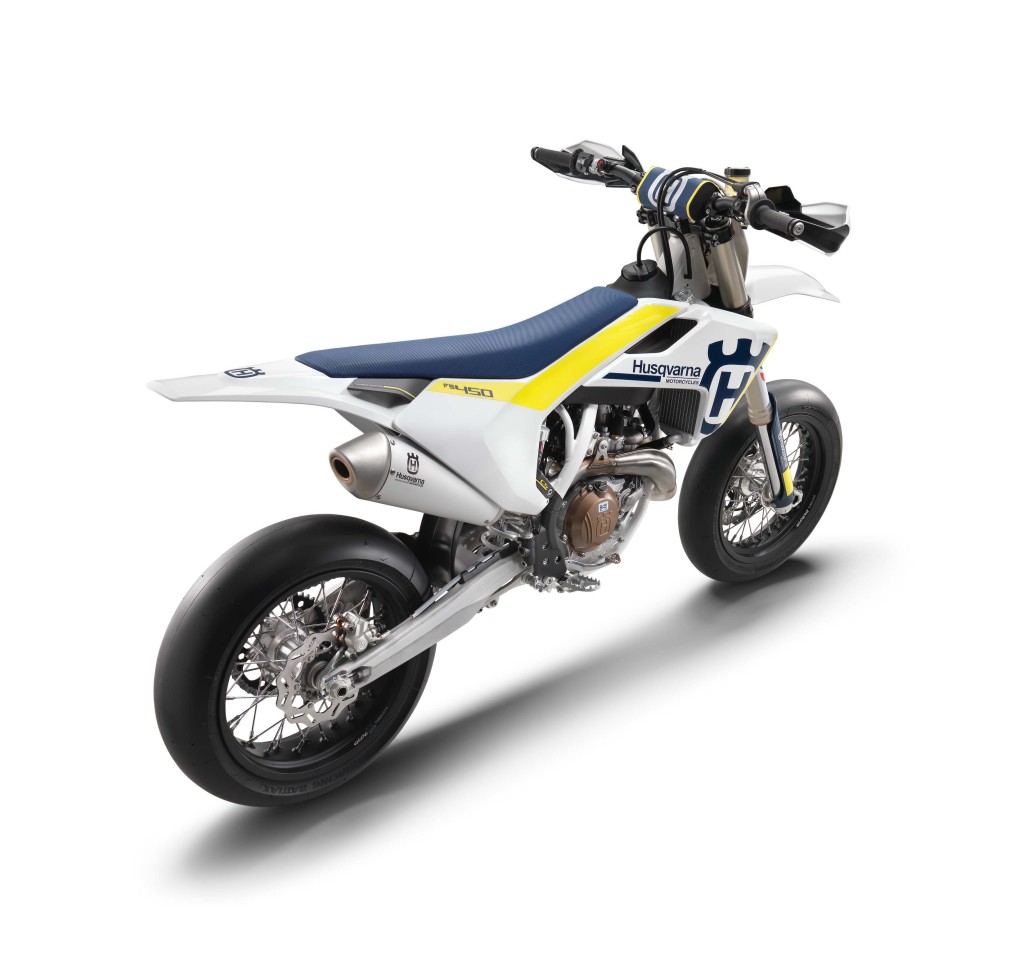 Underneath, the FS450’s existing 450cc single-cylinder still thumps out 63hp as before. Perhaps the best update here has to be this Swedish supermoto’s new traction control and launch control suites.

First equipped in the brand’s motocross models, the traction control can be controlled via a bar-mounted map switch that also doubles up as the control interface to activate the new launch control feature as well.

It must be noted that the 2017 Husqvarna FS450 remains as a factory-built racing special only for racers. Sales are set to commence towards the end of this year.