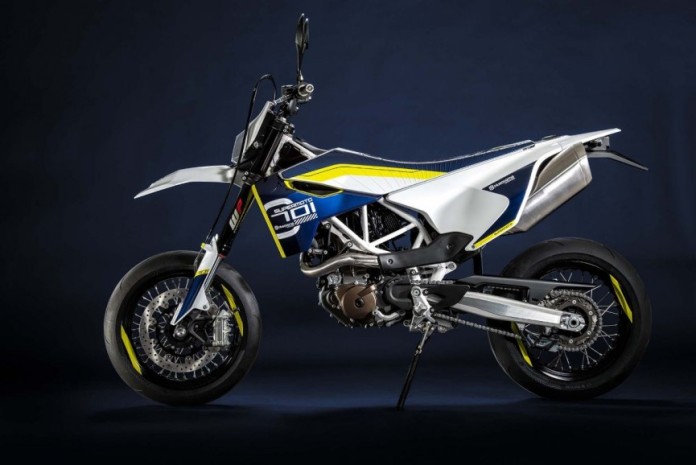 Swedish bad-boy supermoto and enduro bikes brand Husqvarna made its mark at the on-going EICMA 2014 show in Milan, Italy. Not only did the brand reveal its all-new 701 Supermoto, it also brought along two new ‘401’ concepts that looks set to take on the Ducati Scrambler. Here’s what we can gather.

701 Supermoto
We start off with Husky’s new-for-2015 production model, the 701 Supermoto. Essentially, this is the production-ready iteration of the brand’s 701 Concept shown during last year’s EICMA. 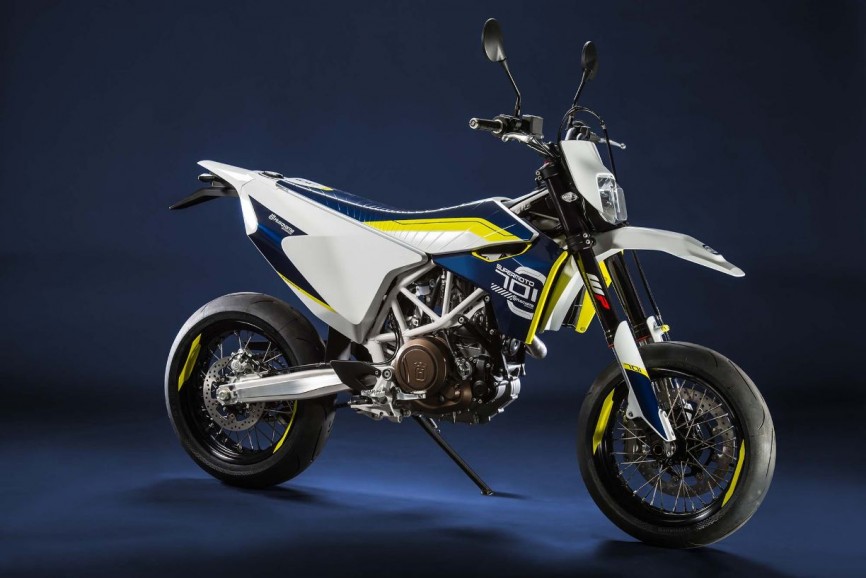 Borrowing common parts from Austrian parent company KTM, the 701 Supermoto is powered by a thumpy four-stroke 690cc single-cylinder engine that outputs 67hp. The mill is encased in a race-ready chassis and body, boasting a light weight of just 145kg. 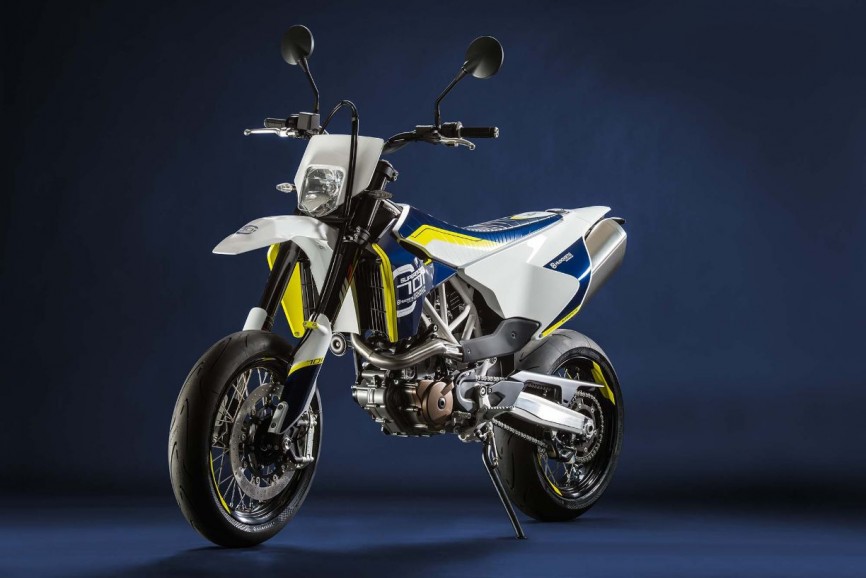 Highlights in its features list include an APTC slipper clutch, ABS brakes, WP-sourced suzzies front and back, as well as a multi-mode ride-by-wire system. 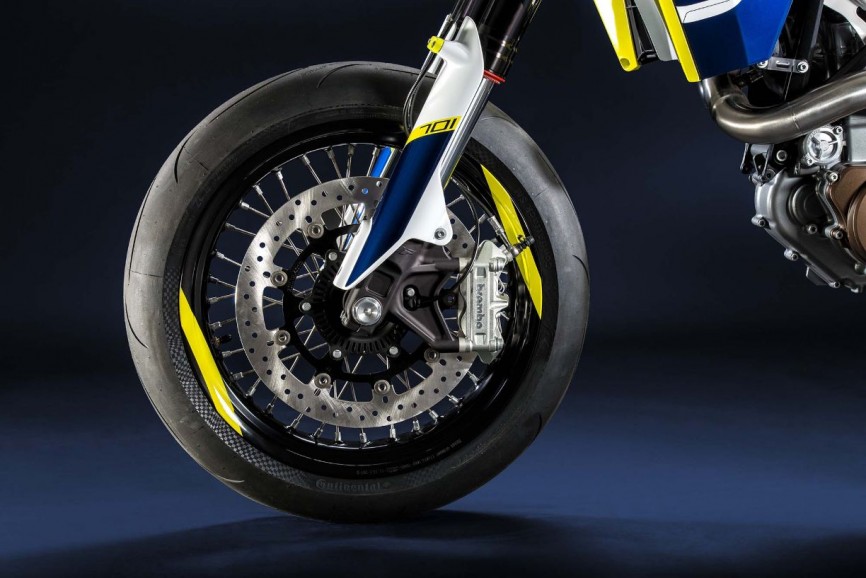 The 701 Supermoto adds to the Husky brand’s 2015 dirt-heavy line up, making it only the second street-oriented model for 2015 next to the already manic FS450 Supermoto revealed earlier this year. 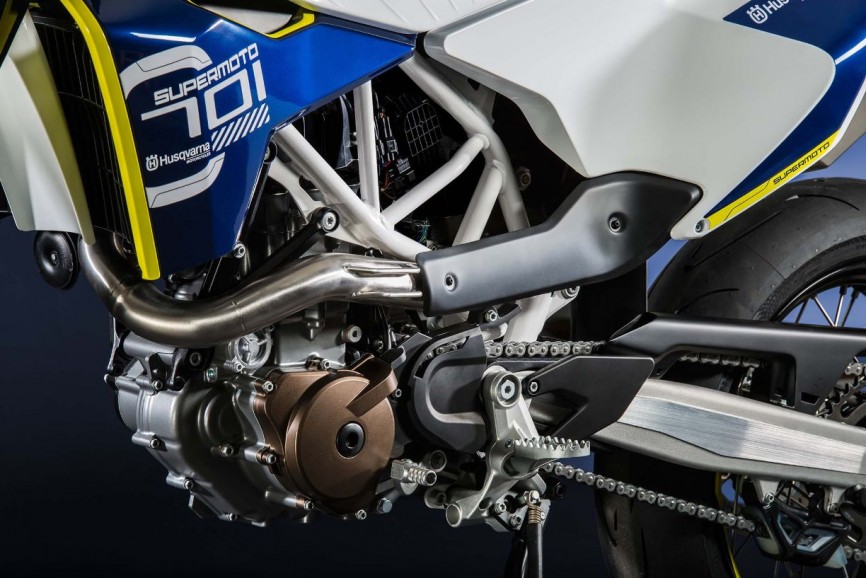 401 Svartpilen Concept
Next comes the first of two new concept revealed by Husqvarna in EICMA 2014, the 401 Svartpilen Concept. With its name translating to ‘Black Arrow’ in Swedish, this is the scrambler version of the 401 Vitpilen concept which we will get to in just a bit. 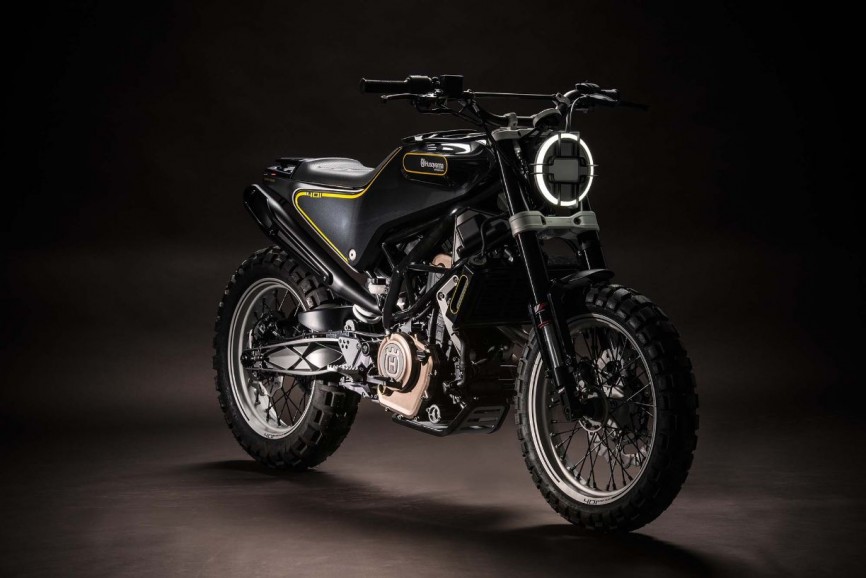 Power comes from a 373cc single-cylinder engine encased underneath a sleek exterior design that merges both retro and modern lines. Its signature trait here is its unique headlight design shared with the 401 Vitpilen concept sibling. 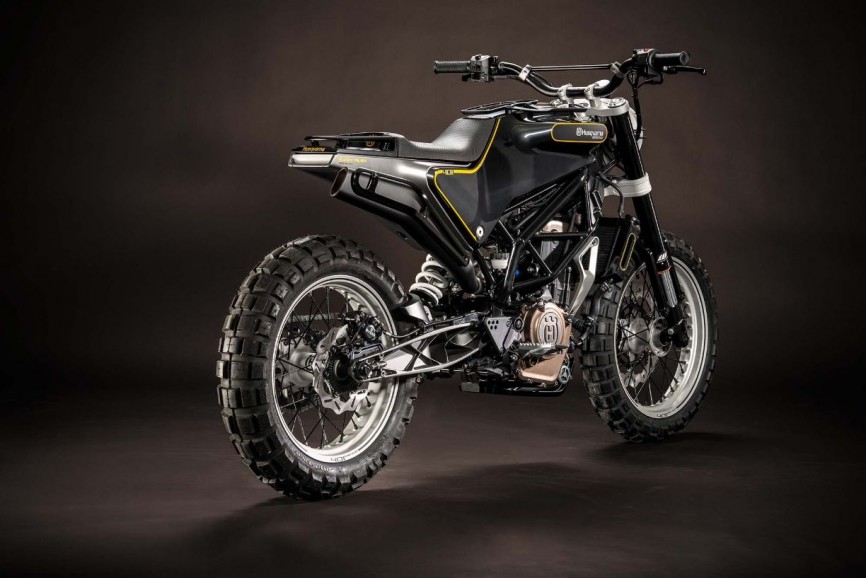 Husqvarna is gauging audience reactions with both 401 concepts, and could put both into production if there is enough enthusiasm for it. Interesting enough, the 401 concepts are actually based on the KTM 390 Duke model. We reckon mass-producing these using KTM parts wouldn’t be an issue. 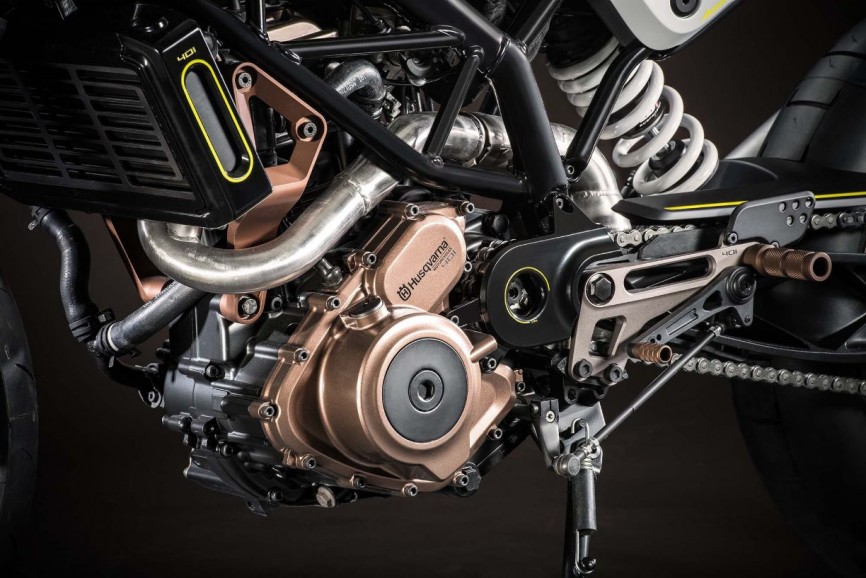 401 Vitpilen Concept
Next comes the 401 Vitpilen street concept, the basis of the 401 Svartpilen Concept we detailed above. Unlike its scrambler off-shoot, the Vitpile, which means ‘White Arrow’ in Swedish, was designed to become a more of a café racer instead. 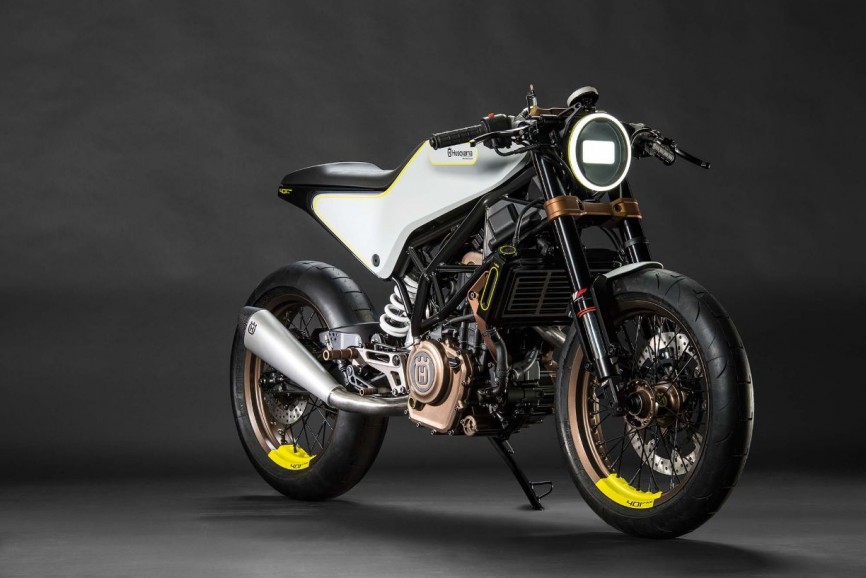 Sharing the same 373cc single as the Svartpilen, the Vitpilen however offers less power rated at 43hp, but it tips the scale at just 135kg, thus it wouldn’t need much for propulsion anyways. 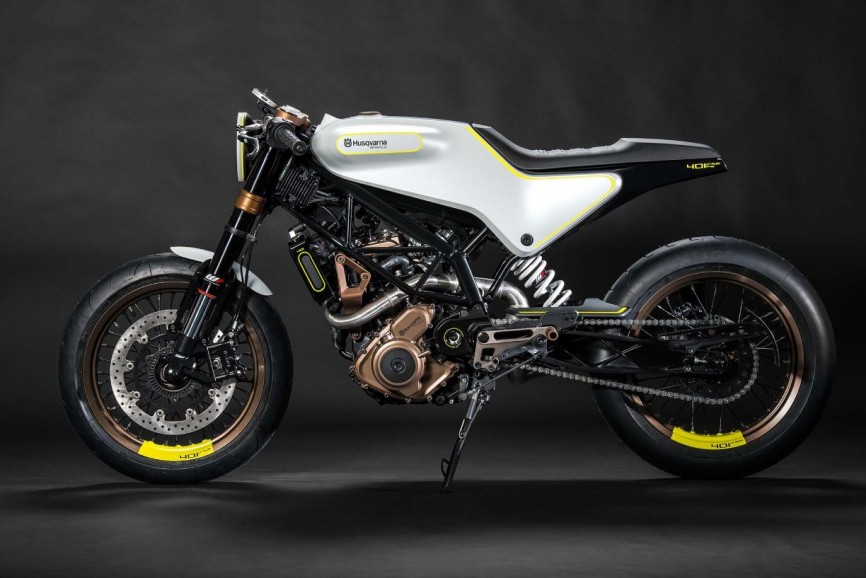 The most eye-catching design trait here is the modern-meets-retro round LED headlamp design, complemented by the bike’s overall clean and sleek minimalist design direction. Again, we find ourselves truly amazed to know that the concept underpins the KTM 390 Duke. 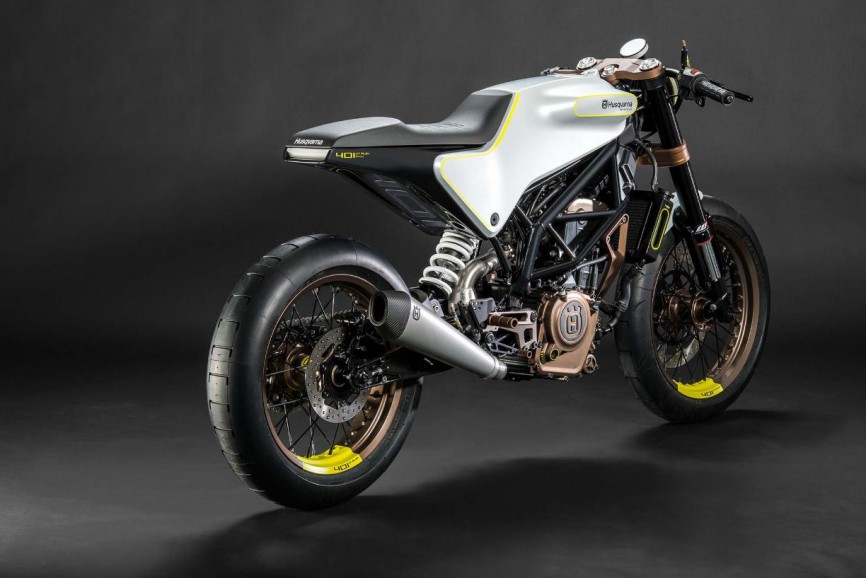 A lower-cc and perhaps cheaper alternative to the Ducati Scrambler? Now that’s an idea we can be excited about.