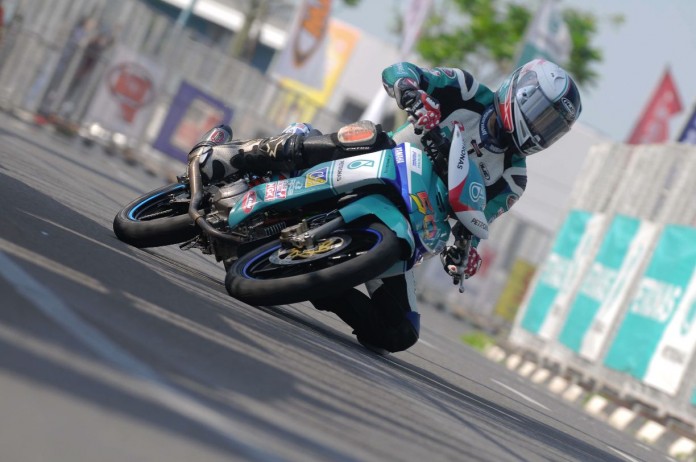 An enthusiastic Ahmad Afif Amran is off to a rapid start, topping the CP130 opening practice for Round 7 of the PETRONAS AAM Malaysian Cub Prix Championship in Teluk Intan, Perak on Saturday. 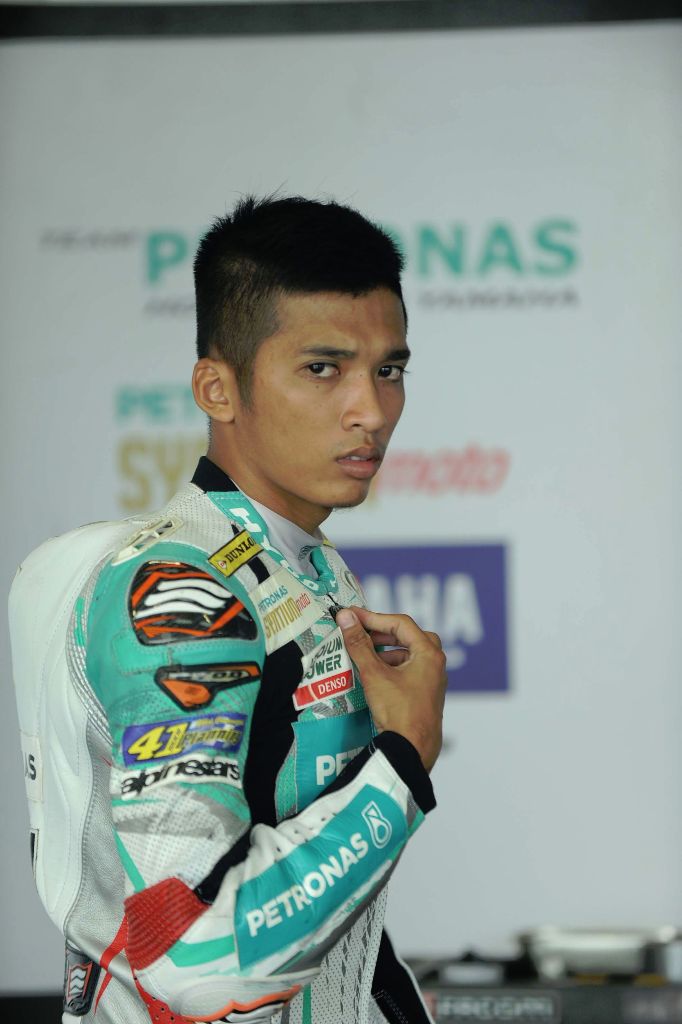 Content with his pace, Afif sets his sight on securing front row in the SuperPole tomorrow and hopefully repeat his winning form at the 1.3 kilometre circuit. he Terengganu-lad won here last year in a hard fought battle with Zaqhwan, stealing the chequered flag from his rival in the dying moments of the race.

“The practice session was difficult with the haze and sandy track but the team did an amazing job setting up the bike swiftly and that gave me an advantage over the field. However, I don’t think we are fast enough with the top-13 riders separated by less than a second,” said Afif. “Nevertheless, I am at ease with the bike now so I hope to translate today’s pace into a front row start tomorrow. Only then it will be possible for me to fight for victory. My goal here is to pick up maximum points and bridge the point gap with Ahmad Fazrul Sham,” he added.

Afif’s early season form this year has seen him slip 37 points behind Fazrul Sham (Yamalube AHM), but the gap has continued to come down in recent races after he bagged two second place finishes in Melaka (Round 5) and Kangar (Round 6), slotting him fifth in the standings with 58 points.