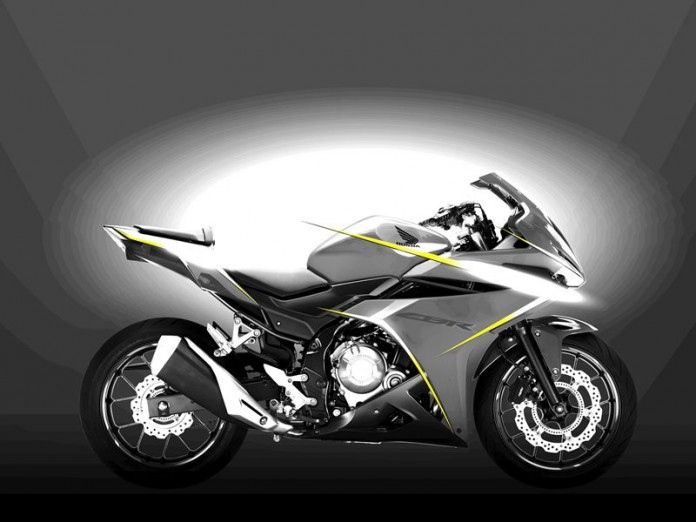 Its official! The Honda CBR500R has been updated for 2016, and it is all set to make its global debut at the American International Motorcycle Expo in Florida, US next week. While no technical information has been disclosed, Honda has released a few teaser images to give us a glimpse at how the bike will look. From what we can see, the 2016 Honda CBR500R is going to look much more aggressive than the existing model.

The whole design of the bike looks sharper, and gets complemented by a massive exhaust canister. Honda says that in addition to what we can see, the 2016 CBR500R gets new dual LED headlight setup and “numerous refinements” to the motorcycle. Technically, we are assuming that the bike will be carrying over the current chassis and engine setup with possible tweaks to improve performance and fuel consumption, but yet again, they are just our assumption. That said, let us stay tuned and wait for Honda to officially unveil the 2016 CBR500R next week and see for ourselves how much the bike has changed.