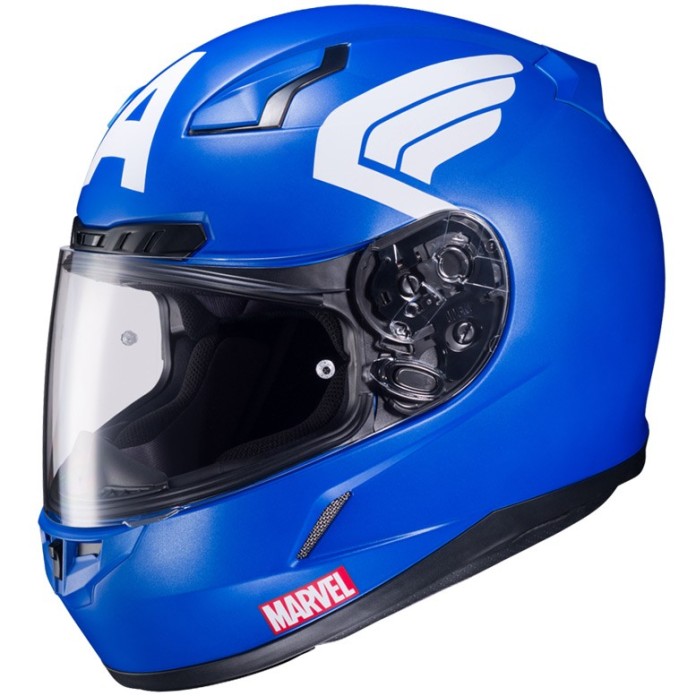 Three designs were shown first, all of which donned on HJC’s leading range of fullface helmets. Marvel’s own superhero trio of Captain America, Iron Man and The Punisher inspires the designs of the first three helmets. 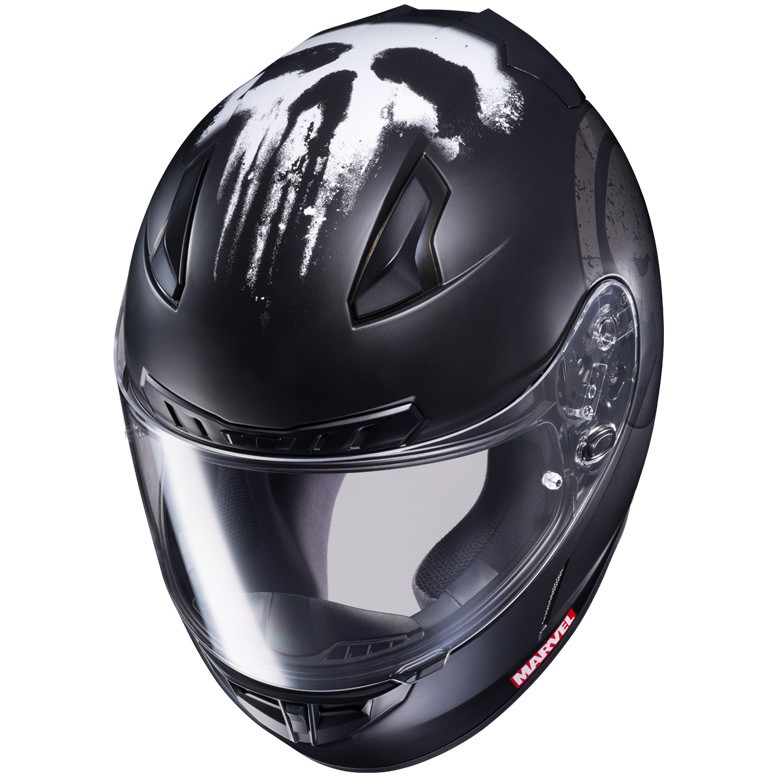 We start with our favourite and darkest of the lot, which is the ‘The Punisher’ edition lid. It sports a dark outlook with its black paint scheme, and it comes complete with the hero’s signature skull decoration graphics. This particular fullface lid also boasts HJC’s Advanced Polycarbonate Composite Shell and Advanced Channelling Ventilation features to boot. 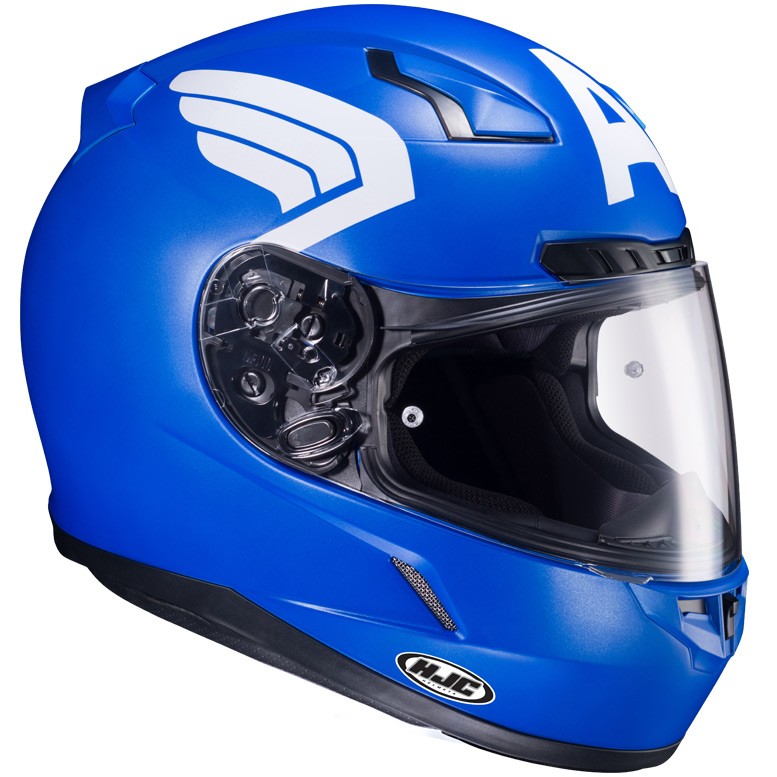 Next comes the ‘Captain America Edition’ lid. It boasts the All-American hero’s signature helmet wings, a stylised ‘A’ logo front and centre, as well as his protective shield graphics placed prominently at the rear. 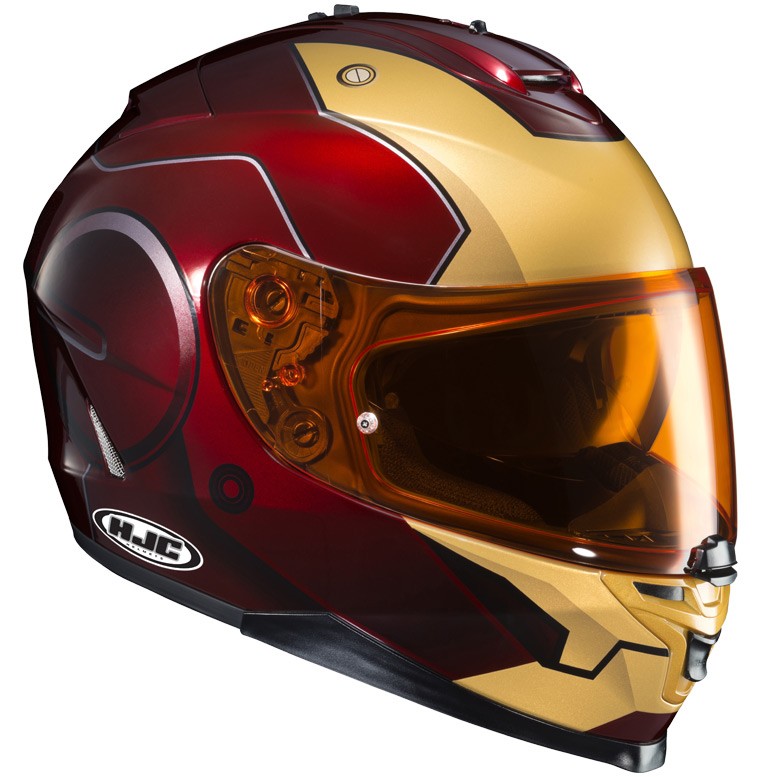 Last but not least comes every five-year-old boy’s favourite, the ‘Iron Man Edition’ lid. As you would expect, the mechanised and tech-savvy superhero’s red and gold scheme is perfectly replicated in this lid. Also perfectly reflecting the hero’s tech-laden characteristics is this presence of the RapidFire shield replacement system and a Pinlock-ready visor, HJC’s One-Touch sun shield, as well as a three-stage adjustable smoke-tinted extra shield designed to block out excessive light.

You can read more about them on our sister site, MotoMalaya.net.