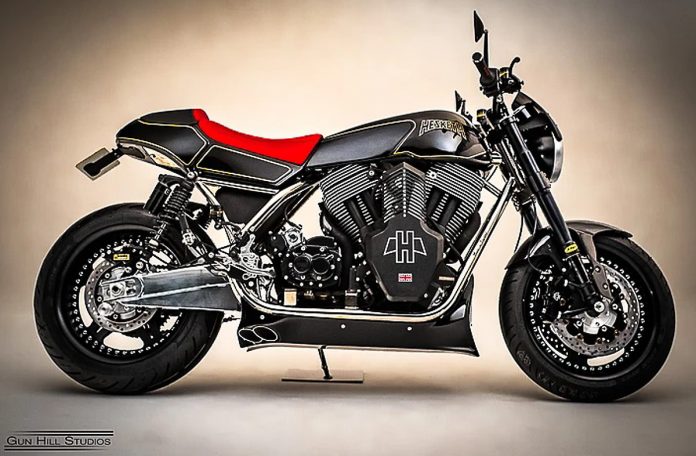 Hesketh has introduced their latest addition to their line up for the masses that is the 2018 Hesketh Valiant SC. The British based manufacturer from Northamptonshire, England built the new supercharged Valiant under the new ownership. So what’s so special about this new motorcycle from Hesketh? 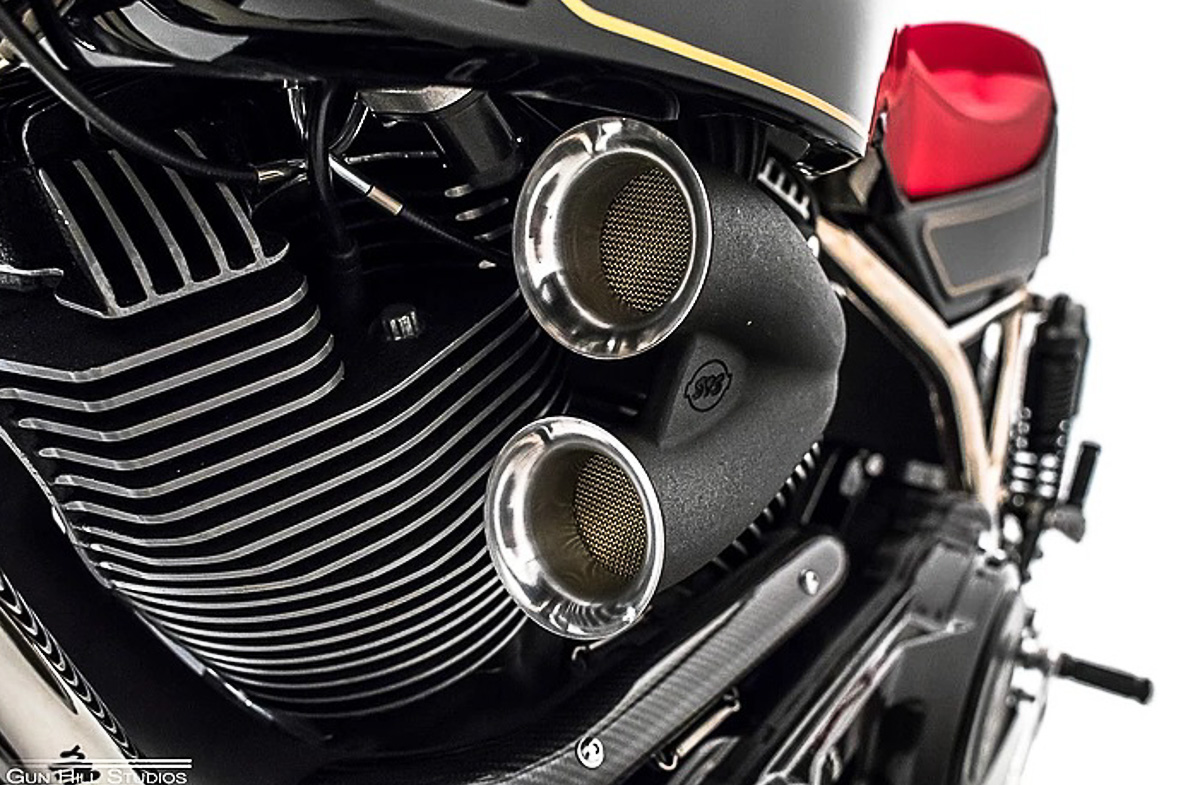 Well, the biggest talking point of this beautiful beast has got to be the 2,100cc S&S X-Wedge dry sump V-Twin engine coupled with a Rotrex supercharger placed right in between the cylinders. Without the supercharger, the engine has the ability to churn out almost 145hp but since Hesketh is not like other manufacturers, the Rotrex supercharger is used to bump up the maximum output to a whopping 210hp upon reaching 5,500rpm and 295Nm of torque at 3,000rpm. 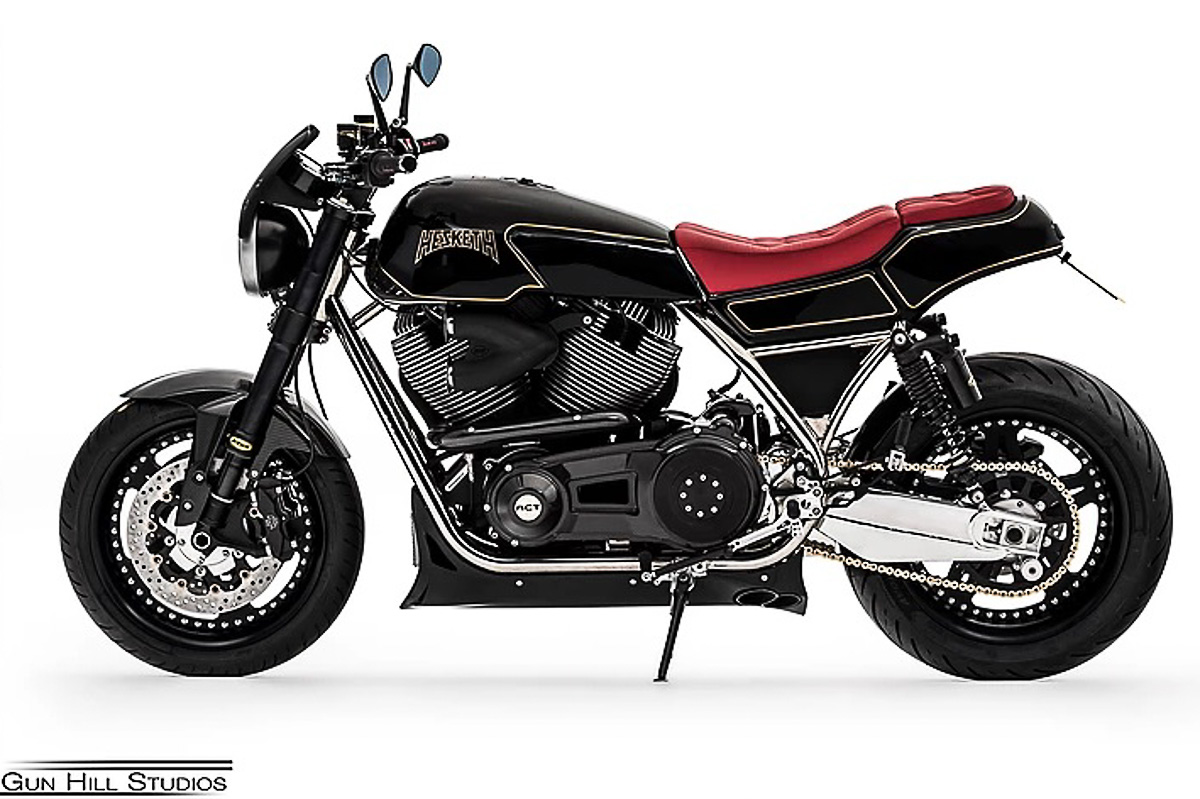 To put it into perspective, the Ducati 1299 Panigale claims to only have around 205hp and 128Nm of torque. 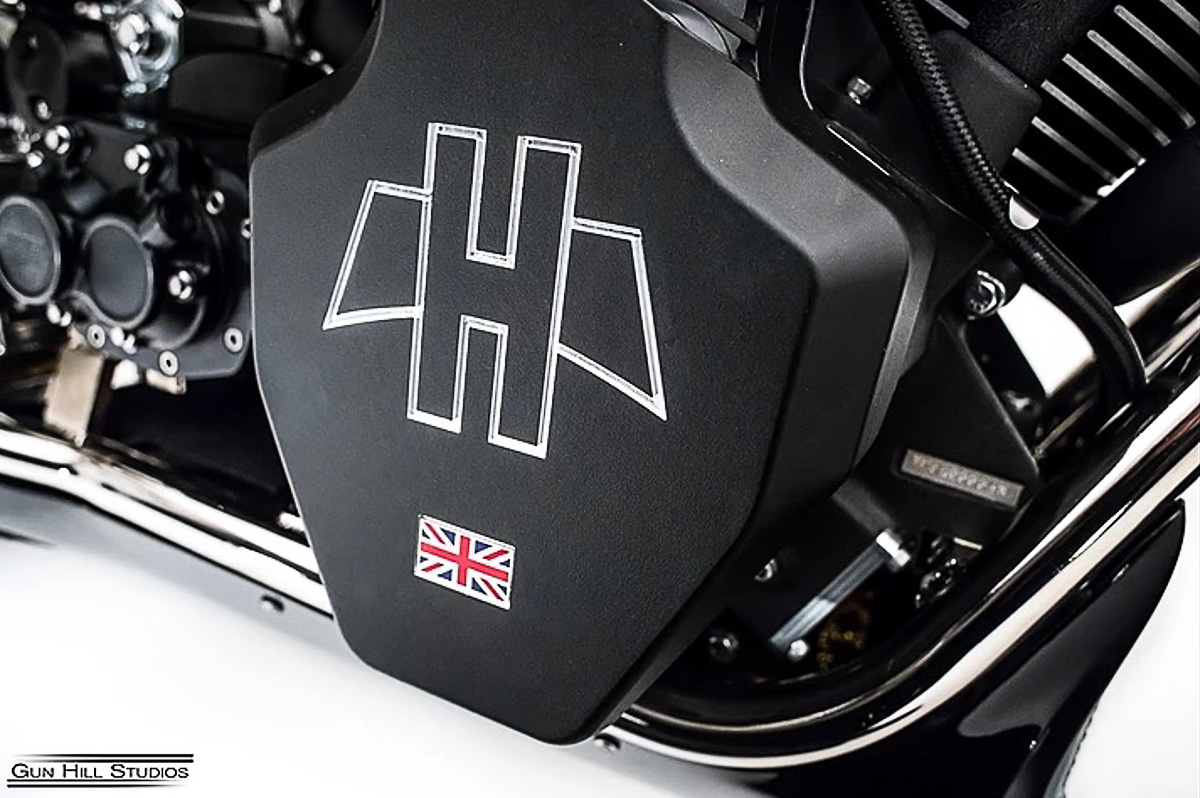 While the engine is still in the development stage, Hesketh is planning to increase its final output to a total of 250hp when the bike is ready for sale in 2018. 250hp is around the same level as a MotoGP bike! 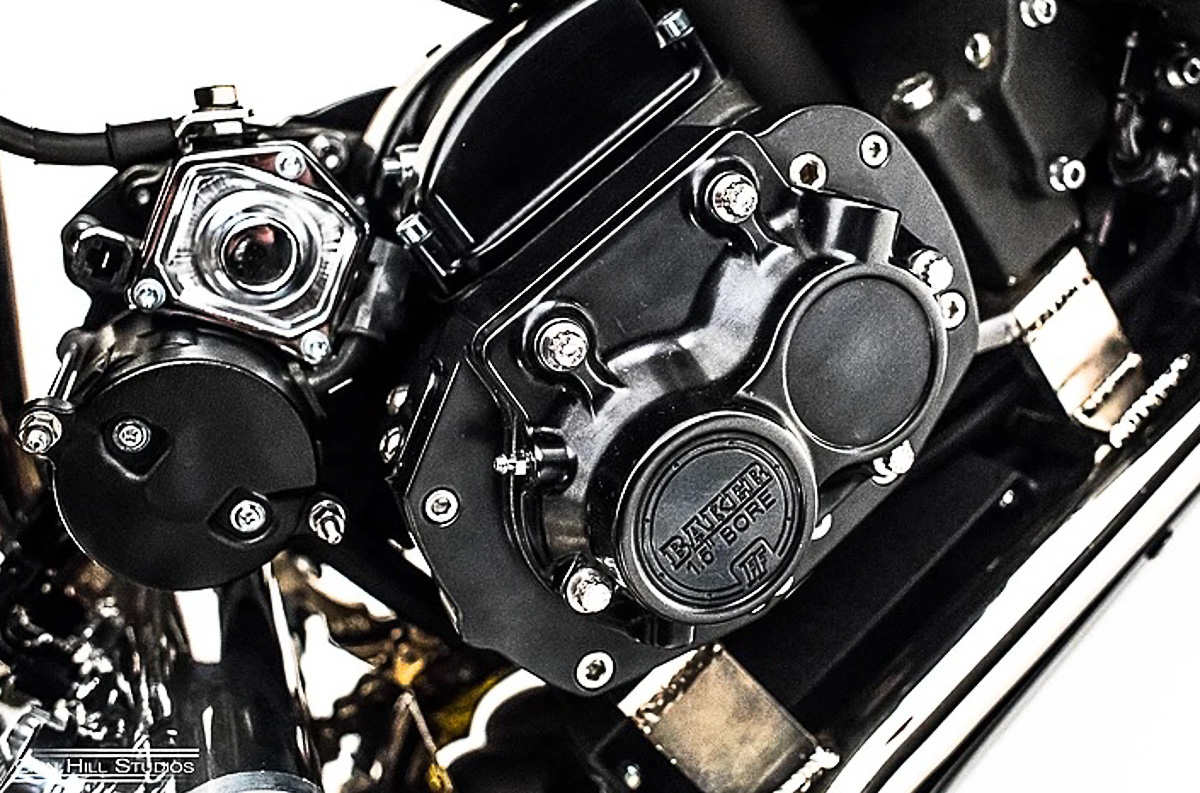 The future top of the range model from Hesketh is not an entirely new bike built from the ground up. With a small budget and limited resources for advanced research and development, it’s no surprise that the Valiant SC will share some similar parts from its older siblings like the 24 and the Sonnet. 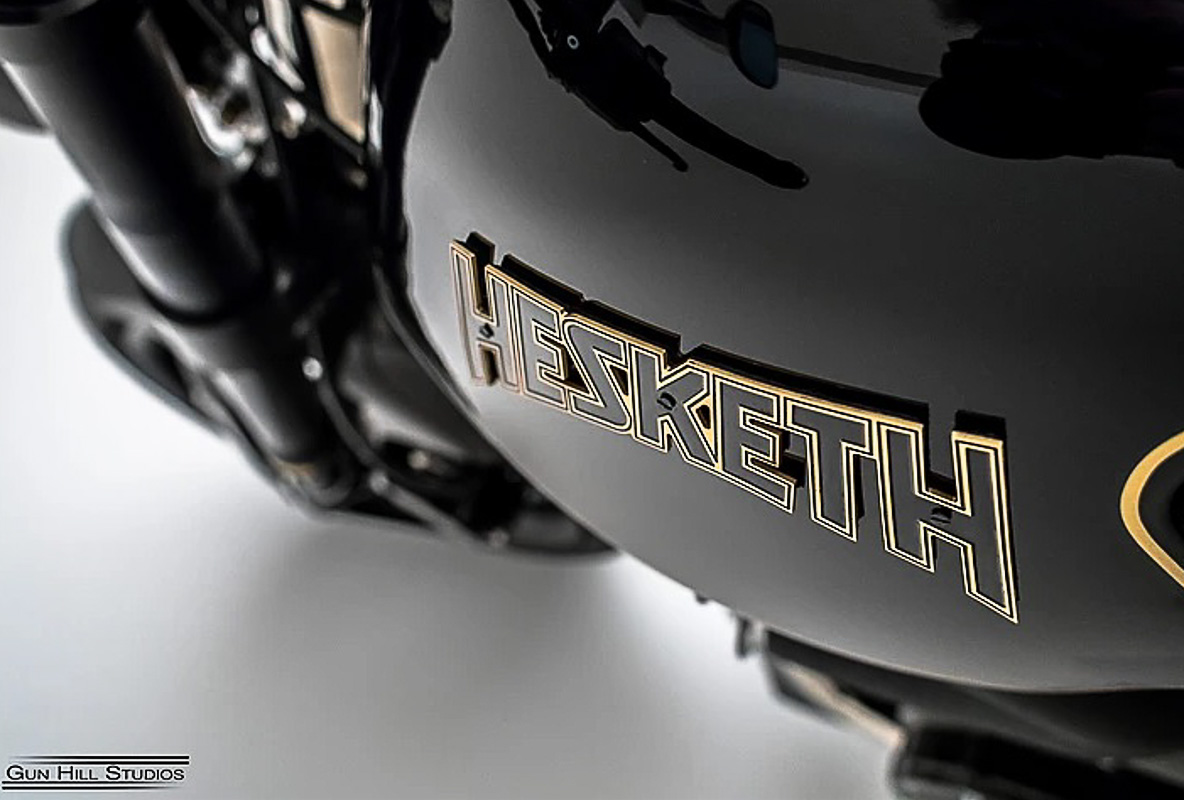 A super powerful engine requires a sturdy yet flexible chassis to handle all of that power. A double cradle ‘Chromoly’ steel design connected to an aluminium extruded box section swingarm has been considered as Hesketh signature design has been chosen for the Valiant as well (If it’s a good thing, why change it, right?) 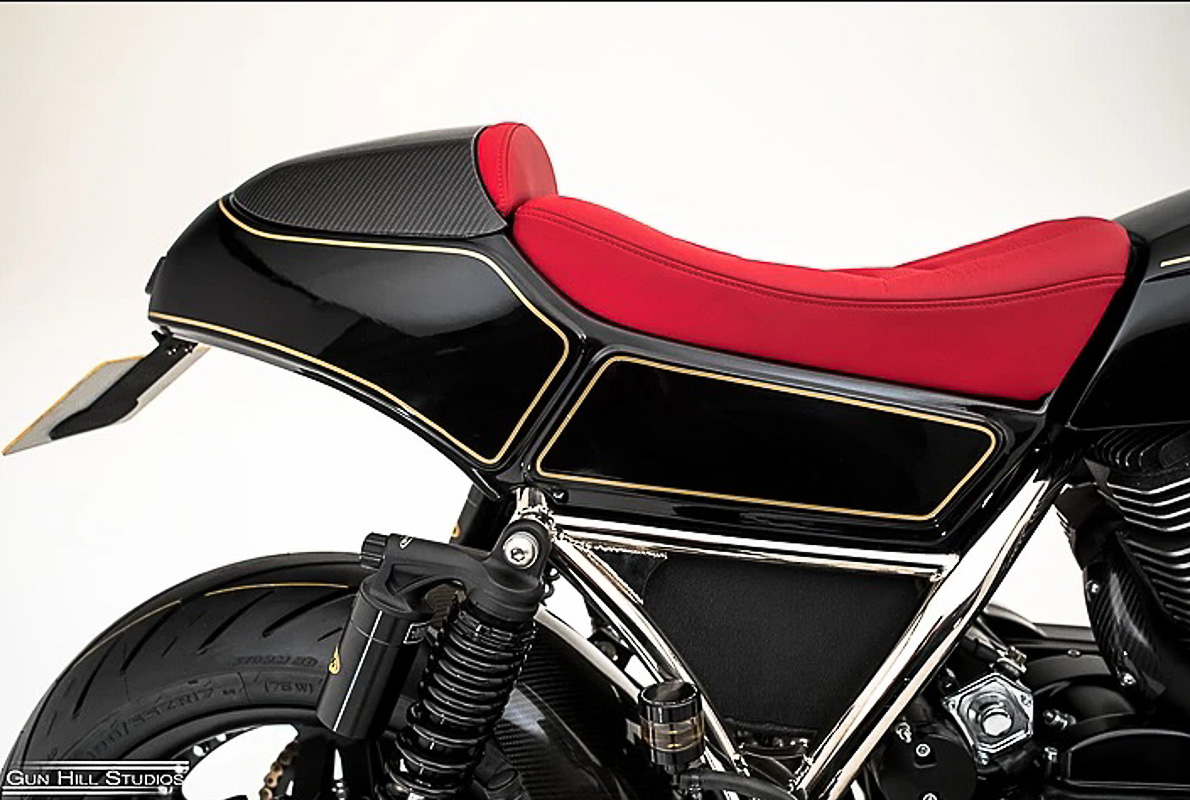 Apart from all the carbon fibre parts for strength and weight reduction, driving all that power would be disastrous if a normal transmission is used. That’s why they have chosen the Baker six-speed and clutch hydraulics from King Kong together with their own primary drive to make sure none of the power will be wasted upon transfer via a final chain drive.

The use of all-round K-Tech suspensions on the bike ensures a smooth and controlled ride (none of the cheap stuff here, folks). The same can be said about the brakes where Hesketh’s very own billet 12-piston is equipped at the front and Beringer’s 4-piston caliper at the rear. That’s some serious braking package, people. 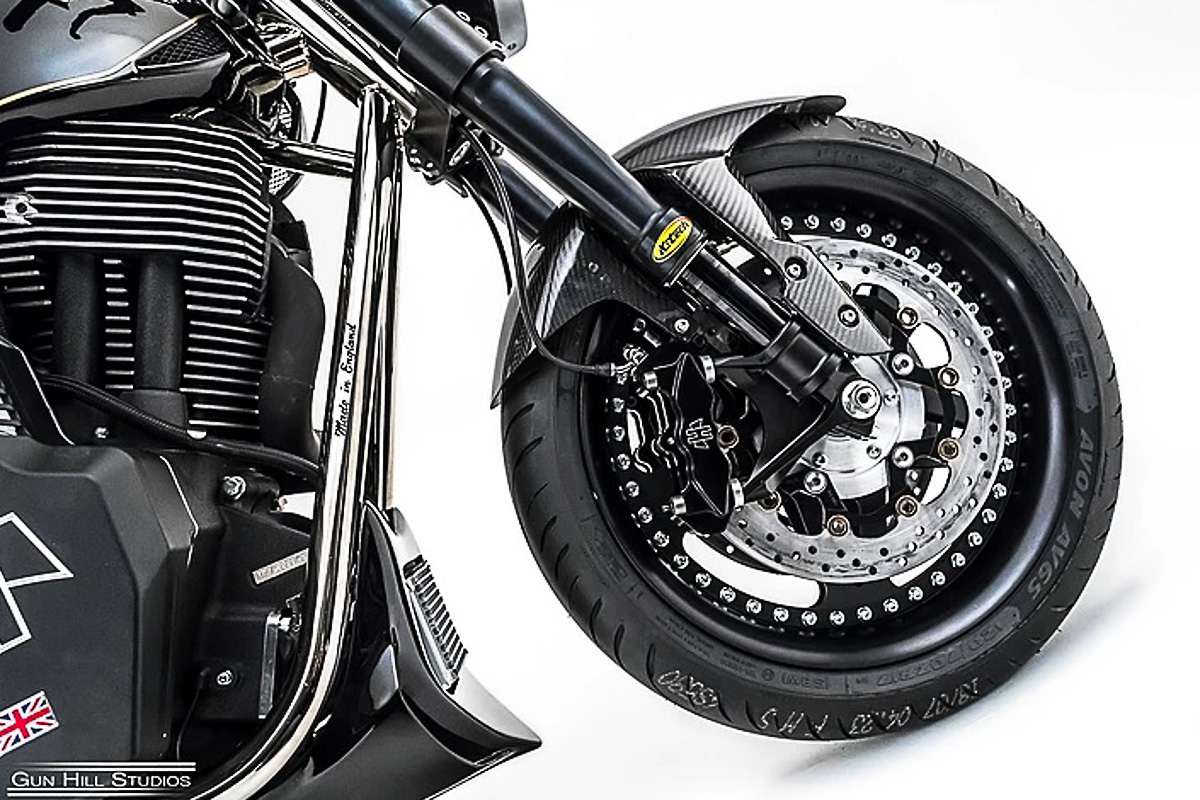 With all of that fancy gear, don’t be surprised if the price will knock you off your feet. The asking price of each individual Valiant SC is at a cool £50,000 (around RM276,500 after direct conversion). The question is, who has more than a quarter of a million ringgit to spend on this baby? We would like to meet them and give them the most respectable handshake of all time as our sign of approval and honour.