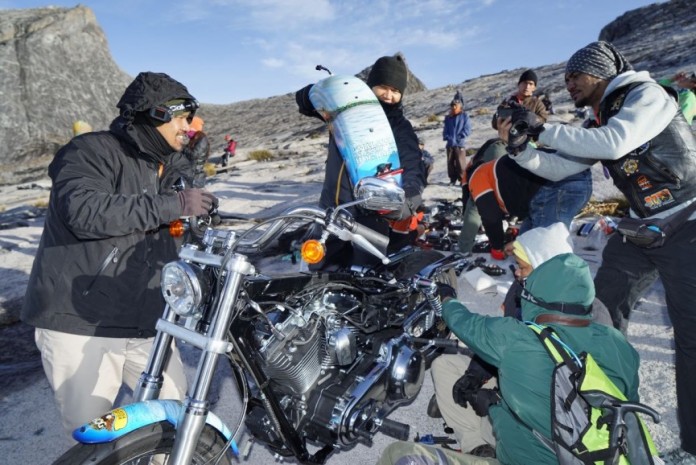 How does riding a Harley Davidson up Mount Kinabalu sound to you? We are hoping you think it is absurd, because it is, because it can’t be done. Or can it? A group of 23 Harley owners and technical crew set out to prove that as untrue with a ‘Rock & Roll’ expedition up Mt Kinabalu, the tallest mountain in South East Asia. 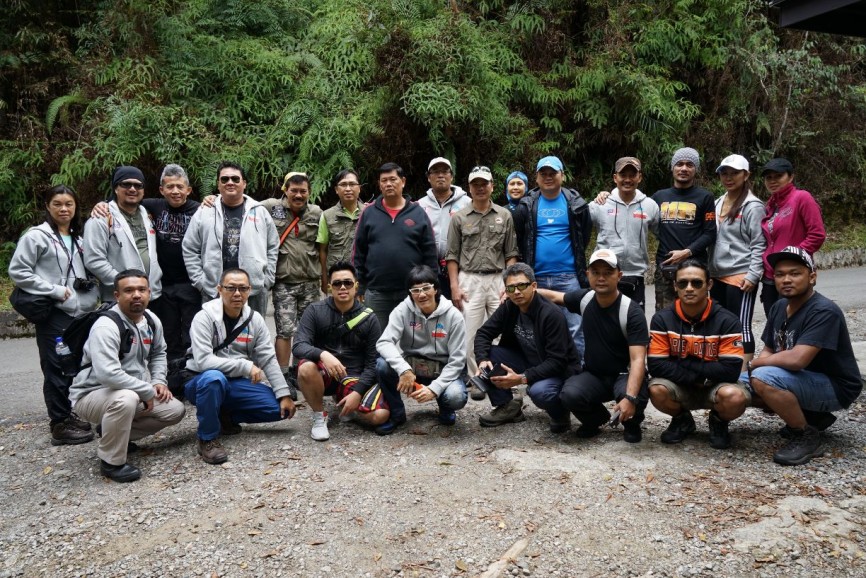 But they did not ride their bikes up, instead the participants left their bikes home, and, in a never before attempted feat, carried one Harley-Davidson Dyna which weighs a whooping 295kg up to the peak. 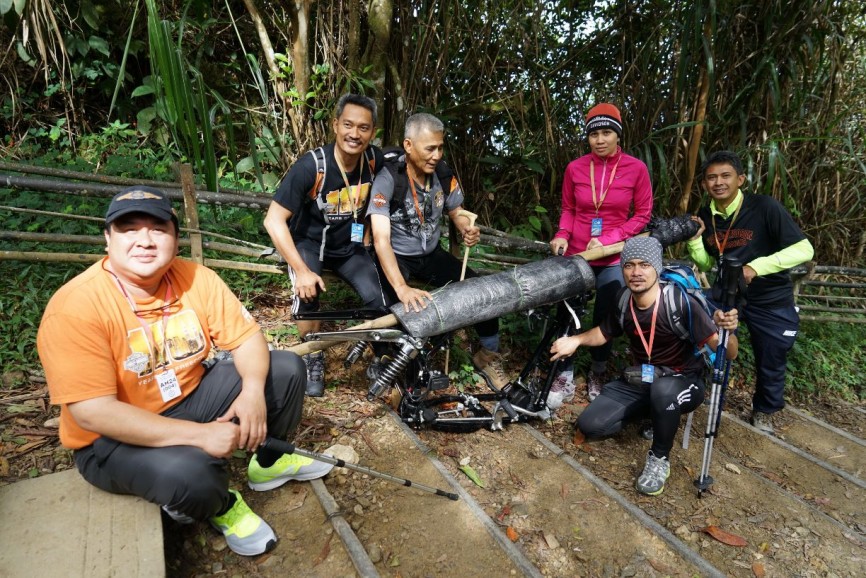 Just to calm your nerves a little, the bike was carried up in separate parts, together with the necessary tools which weighed a further 220kg. The journey was to Low’s peak, where the crew and participants assembled the bike back together. 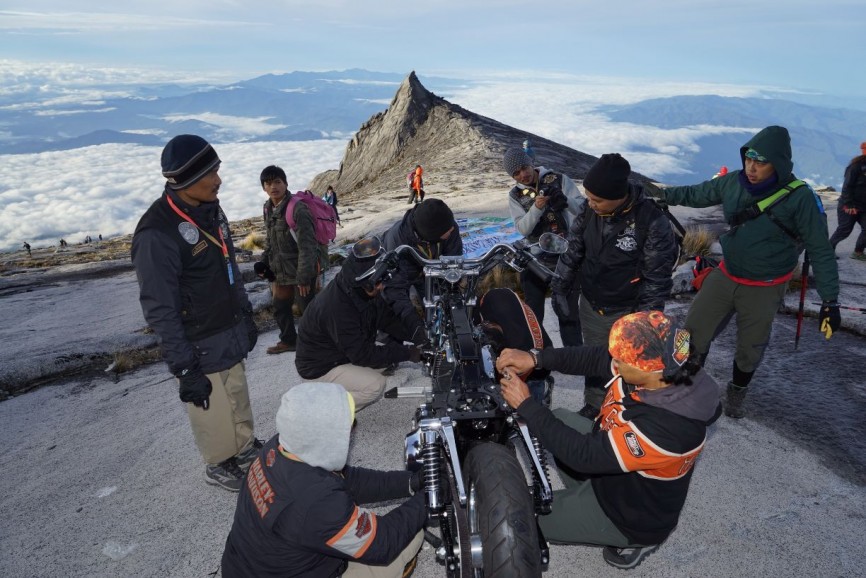 To mark the achievement, they started the engine and let the roar of the engine resonate across the mountain range. The bike was then disassembled again and carried back down, and was then reassembled again upon reaching ground level. 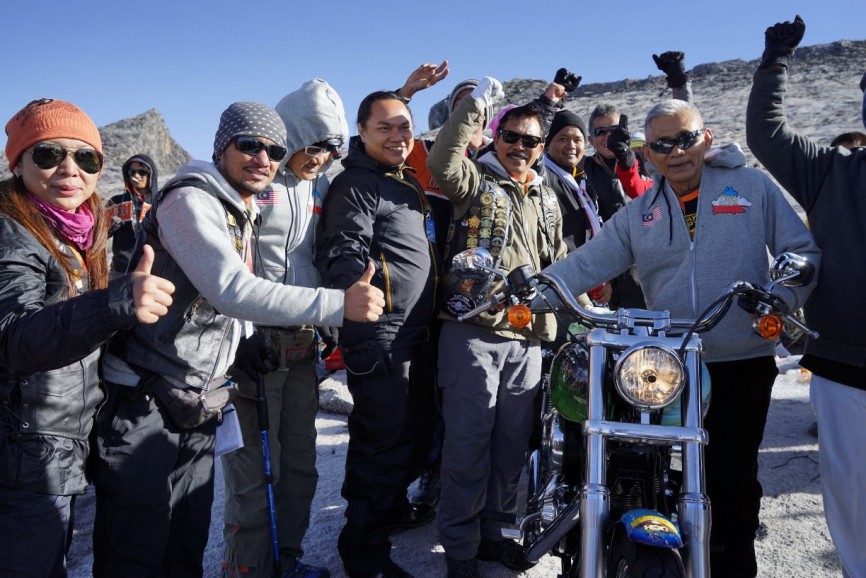 The event is a precursor to the 1st East Malaysian HOG Rally Sabah which will take place in the Eastern state in September of this year. The bike being used in the expedition was kindly contributed by a proud local Harley owner. Harley-Davidson of Kuala Lumpur, the official importer of Harley-Davidson motorcycles in Malaysia is supporting the event by providing the technical team in the assembly and disassembly of the bike. 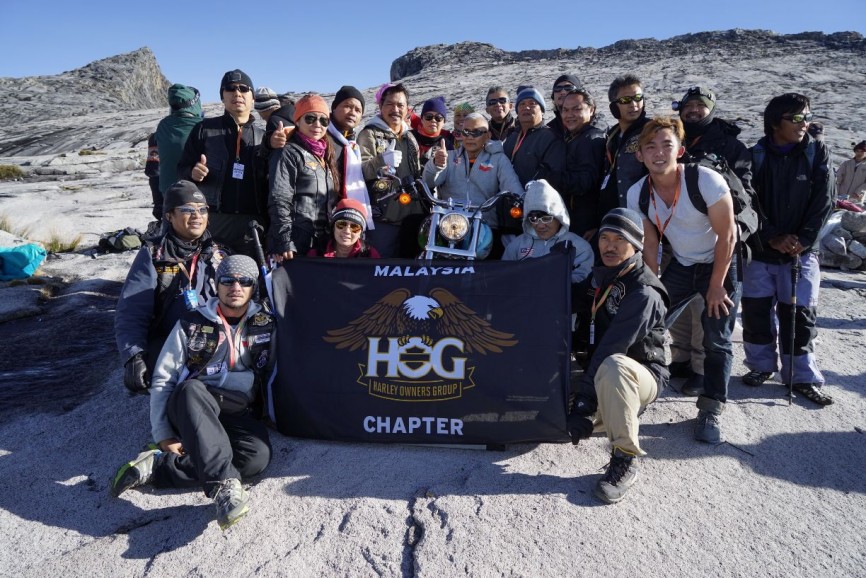 The head of the team and President of HOG Malaysia Chapter, Mr. Choo Kai Mun, said that Rock & Roll Mount Kinabalu is a great example of what the Harley lifestyle is all about – brotherhood, embracing the outdoors, and appreciating the unique beauty of Harley motorcycles. 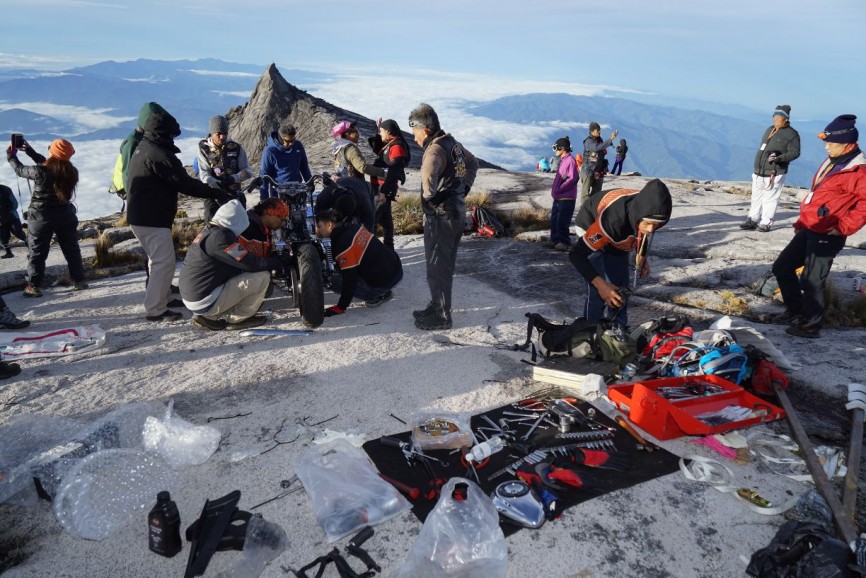