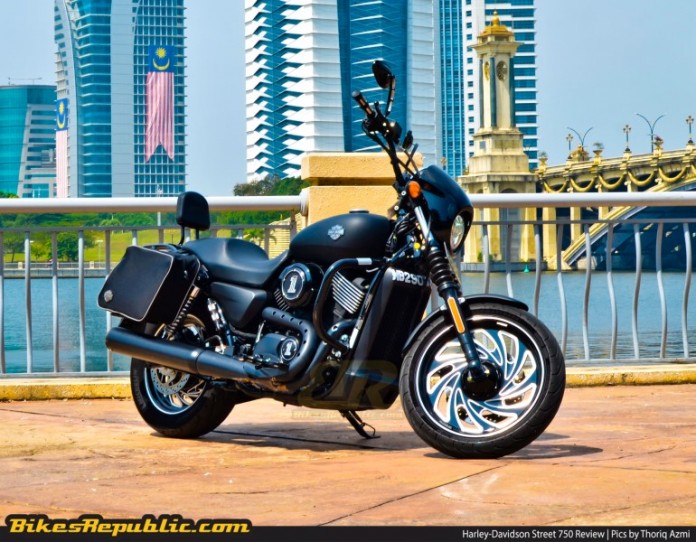 First unveiled at the 2013 EICMA International Motorcycle Exhibition in Milan, Italy following its debut in the Marvel blockbuster ‘Captain America: Winter Soldier’, the Harley-Davidson Street 750, which is the brand’s new entry level model, finally made its debut here after much anticipation in April. Unlike the rest of the models in the stable, Naza Prestige Bikes, the authorised distributors of Harley-Davidson motorcycles in Malaysia said that the Street 750 is aimed at a new target audience for the brand here, specifically younger urban riders. 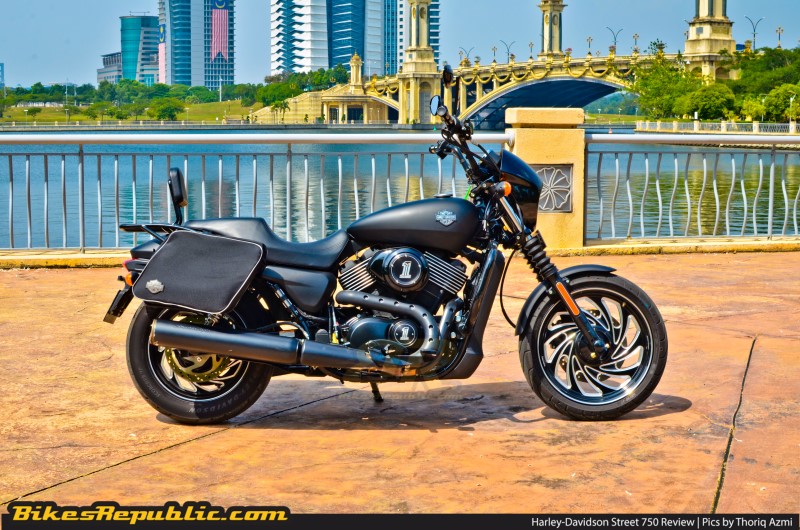 Another highlight about the Street 750 is that it is assembled in India, and is targeted towards markets where big bikes are booming, namely India itself, China, and the South East Asian region. When the Street 750 was launched at Harley-Davidson Kuala Lumpur showroom at the Naza Automall in Petaling Jaya, Naza Prestige Bikes also introduced a Naza World Customs programme which allows owners to dress up their Street 750 any way they like it. Not one or two, but four customised examples were exhibited at the launch just to give us an idea on what can be done to the bike for about RM6,000. 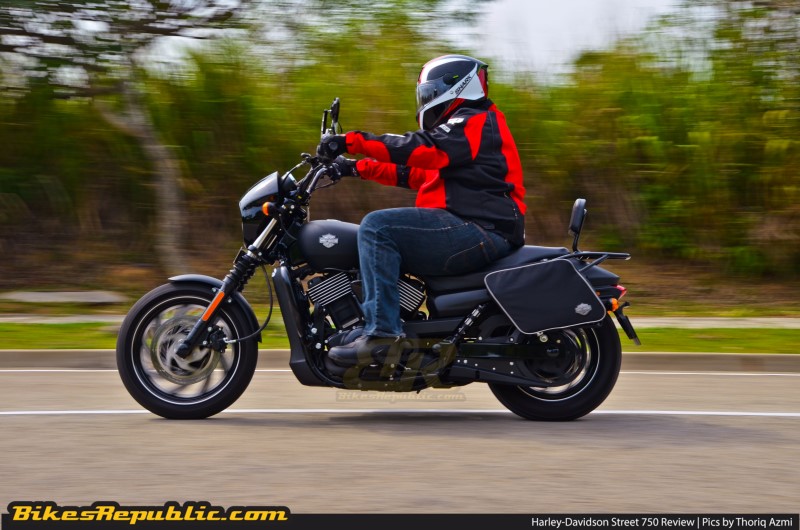 However, the test unit which we got our hands on last month was the base model with a few aftermarket additions such as the Screamin’ Eagle exhausts, special rims, panniers, as well as a pillion backrest. Powering the Street 750 is Harley-Davidson’s new Revolution X 750cc liquid-cooled, 60-degree V-Twin engine which produces 56 hp at 8,000 rpm and 59 Nm of peak torque at 4,000 rpm, mated to a six-speed belt-drive transmission. The first thing we noticed after sitting on the Street 750 was that the seat is positioned quite low at 720mm. In addition, the fuel tank is also low-slung, making the bike feel very short as the rider’s knees were protruding above the tank while riding, but it was not a bad thing though. 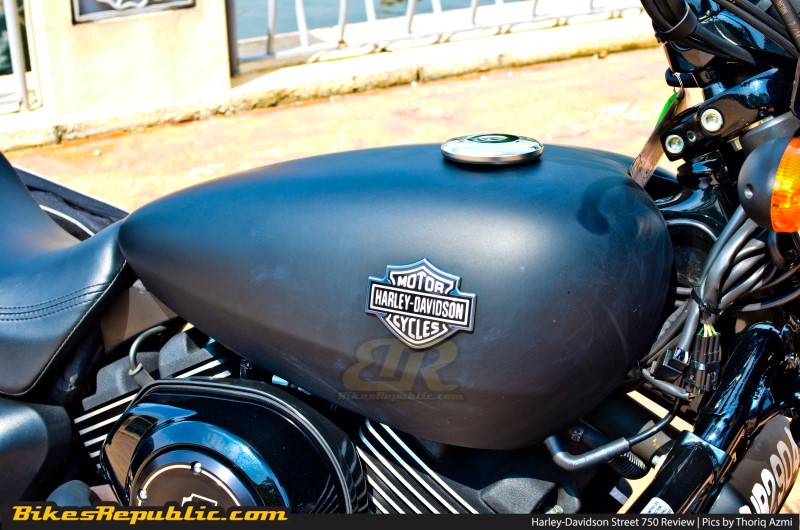 Once we started rolling, the bike felt super comfortable, and due to the low centre of gravity, the bike could be manoeuvred easily without breaking a sweat. However, after about an hour of riding, the rider’s buttocks did want to call it a day, due to the slanting sitting position. What we loved most about the Street 750 is its engine. The output figures might not seem like a big deal on paper but believe us when we say that this thing delivers massive amount of low-end torque. Throughout our stint with the bike, it was a case of “just ask and you shall receive” with the throttle. Power was just delivered instantly and so smoothly that before we knew it, we were clocking speed that could’ve got us into trouble with the authorities. 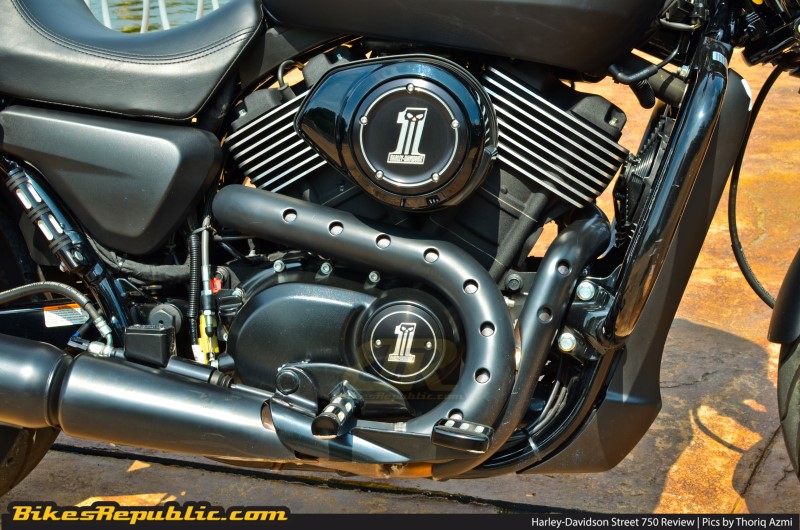 Regardless of whether we were leaving a traffic light or needed to overtake vehicle, the engine and the six-speed gearbox could be worked easily, with light and precise shifts, which was something quite surprisingly unlikely for a Harley-Davidson. Now, those who are familiar with Harleys know for a fact that smooth gear shifting is not something that these bikes are known for. However, in the case of the Street 750, the company has done a good job in getting it right; ideal for beginners. 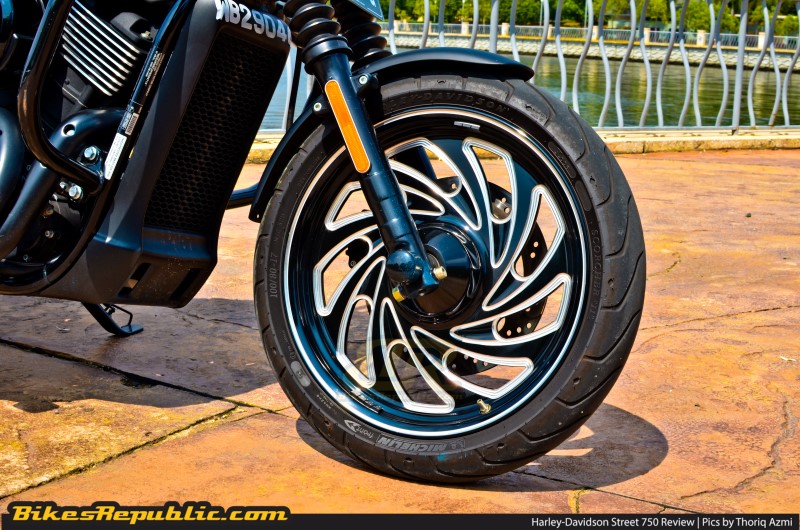 As enjoyable as it was to ride the Street 750, it didn’t feel like any other Harley Davidson we’ve ridden before. While we’re all used to the loud, thumping exhaust note capable of waking up a whole neighborhood, the Revolution-X engine was much quieter than what we had expected. Besides that, it was much smoother than other Harleys as well. Although these new characteristics are exactly what Harley needs to help build a pool of future motorcyclists, they might not appeal to the purists. 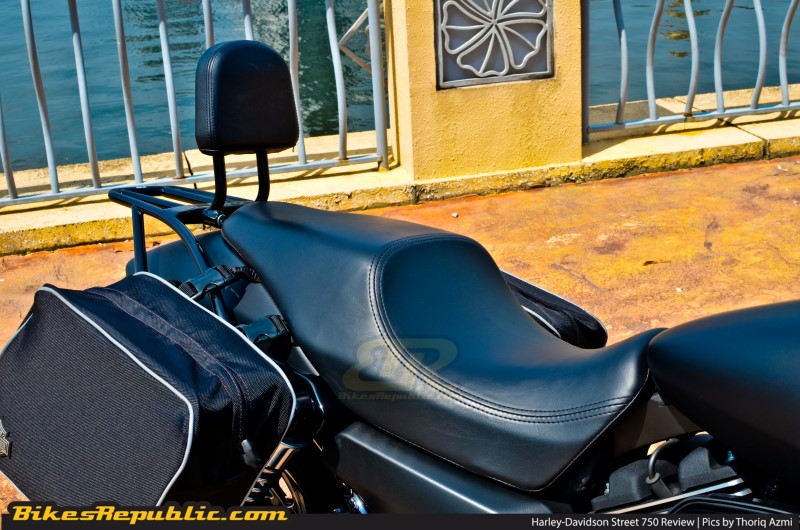 It was also quite practical for an entry-level model, as it comes with a 13-litre fuel tank, and could be fitted with saddlebags without making the bike look hideous, unlike the Sportster (which was the cheapest Harley-Davidson before the Street 750) that failed miserably in the practicality department. Overall, the Street 750 still had its shortcomings. For instance, the brakes felt too spongy and lacked bite. And then, there were the wires and cables that exposed behind the headlamp, and parts like the fuel cap that felt flimsy. 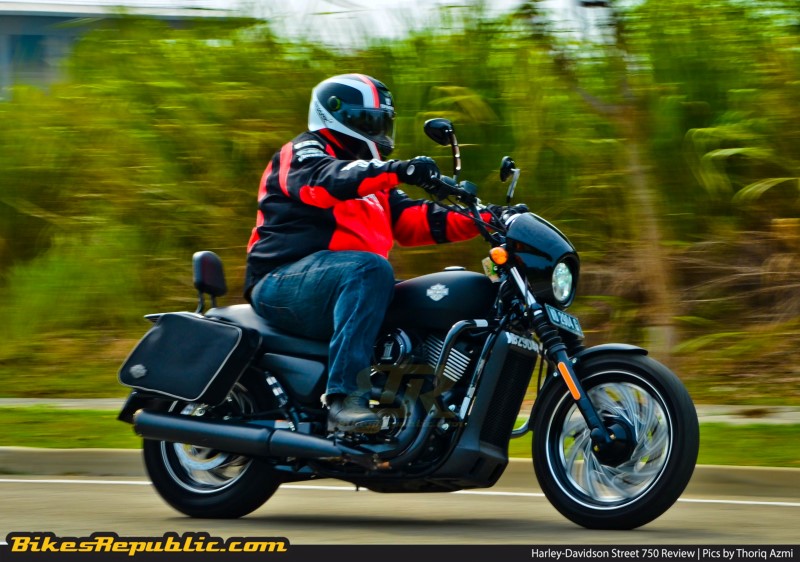 If these things could be improved, the Street 750 would do more justice to the RM62,888 it is asking for, in our humble opinion. Besides that, things were fine and dandy with the bike. If you’re a beginner and are in pursuit of a middleweight cruiser that offers a world of customization options, the Street 750 may just be the right bike for you.

Specifications of the Harley-Davidson Street 750