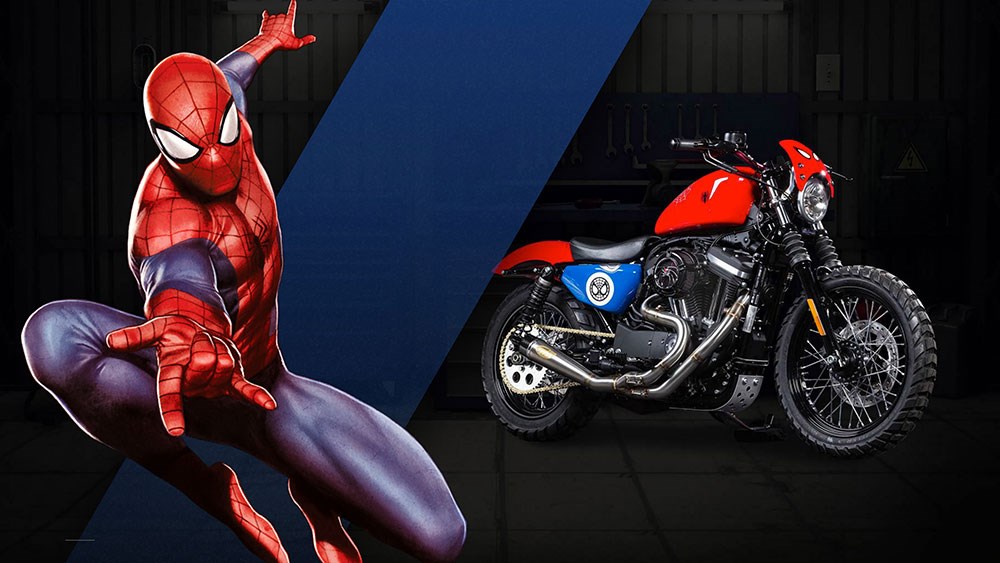 Harley-Davidson recently teamed up with comic book franchise Marvel for a series of superhero-inspired custom bikes.

Built by the famed bar-and-shield marque’s Australian dealers, the Harley-Davidson Marvel range consists of 27 bikes in total. Renowned Marvel superheroes inspired the theme of each and every build.

Highlights here include a V-Rod Muscle dressed as Iron Man, a customised Breakout inspired by hammer-wielding demigod Thor, as well as a Street Glide Special that pays homage to all-American hero Captain America. There’s also a Fat Boy Lo with a Hulk-inspired motif, not forgetting a Black Widow-themed Sportster Iron 883 in the mix too.

Here’s the full list of the superhero-inspired custom bikes in the Harley-Davidson Marvel range.

The Harley-Davidson Marvel line up will be displayed altogether during the upcoming Oz Comic Con 2016 in Sydney, Australia on Sept 10 and 11. You can find out more about this epic custom bikes collection through its dedicated website, h-dmarvelcustoms.com

Of course, we can’t help but fancy the idea of pairing these up with the recently expanded Marvel x HJC range of superhero-inspired helmets. Click here and here to read our reports of said superhero gears.