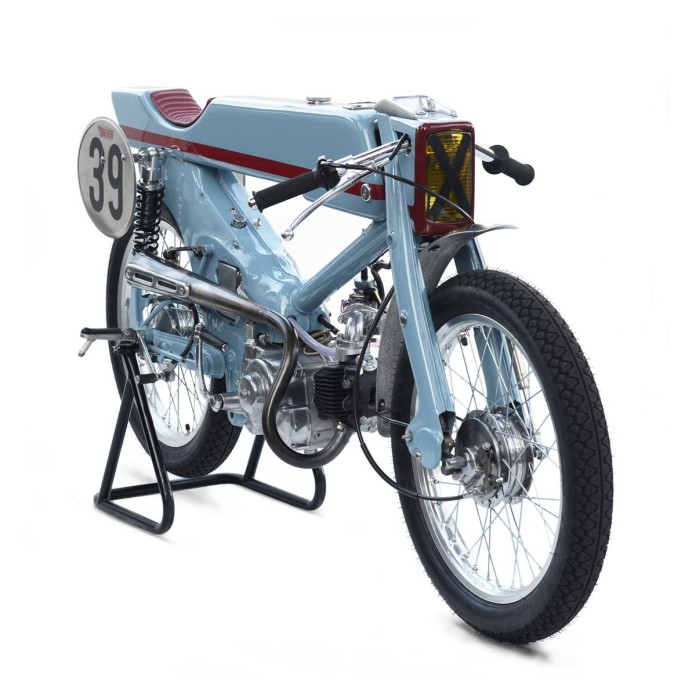 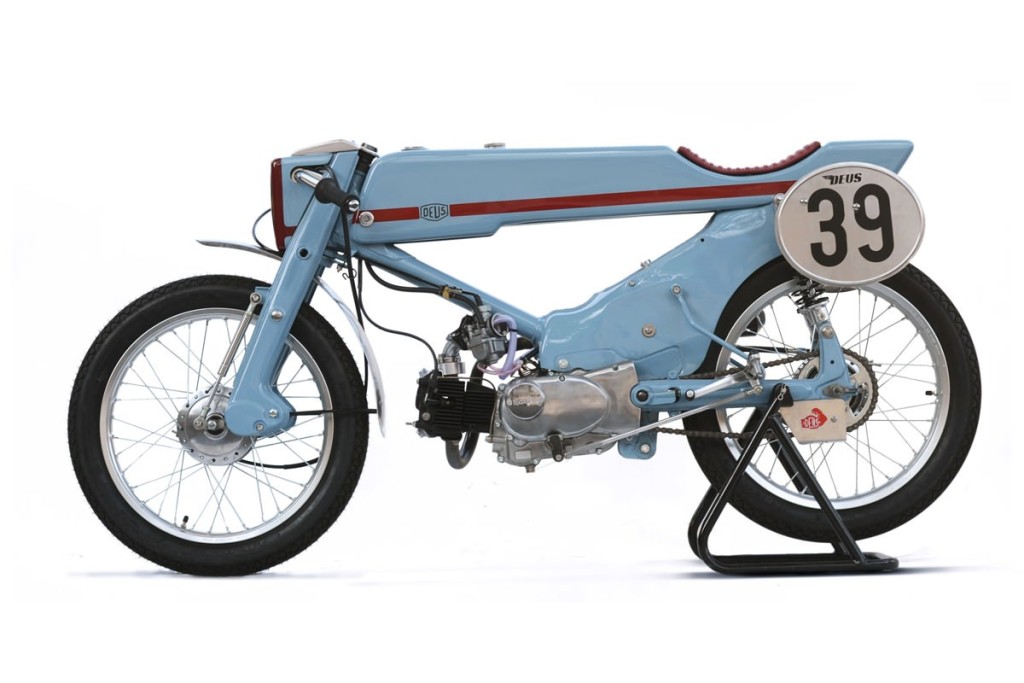 Deus Ex Machina is renowned the world over for building some of the most beautiful custom bikes on the planet. But this radical custom Honda Super Cub café racer built by Deus Japan perhaps takes the cake as far as custom mopeds go.

Unveiled not too long ago in Japan, this radical Honda Super Cub café racer was built by Deus’ Japanese branch and was signed by its Japanese branch’s new Director of Motorcycle Operations, Matthew Roberts. The custom Super Cub was built as a tribute to Soichiro Honda whilst infusing much of the Deus Ex Machina brand’s trandemark custom DNA. 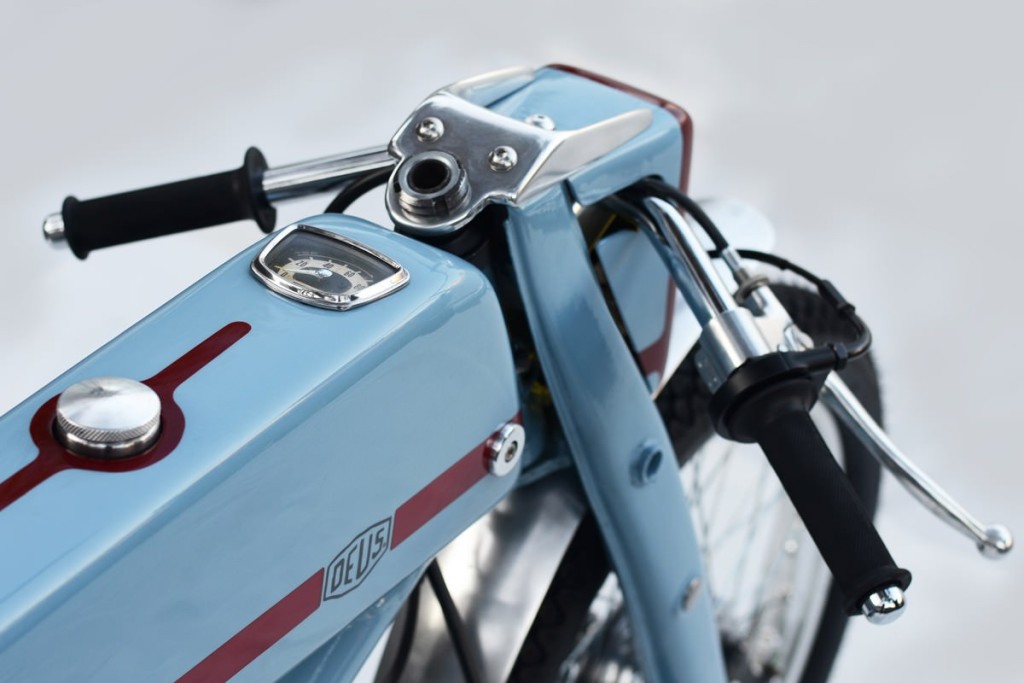 Based on an original 1961 Firefly model, just the stock bike’s speedometer remains untouched in this transformation. Said component has been integrated into the custom’s all-composite body, whilst its design clearly adopts a pure race stance.

Additionally, the custom was built as a racer that meets the ‘Battle of Bottom Link N50’ class regulations. It can quickly turn into a true race bike thanks to the presence of quick-release mechanisms in the headlight, taillight and turn indicators, followed by an easily removable mesh protector. 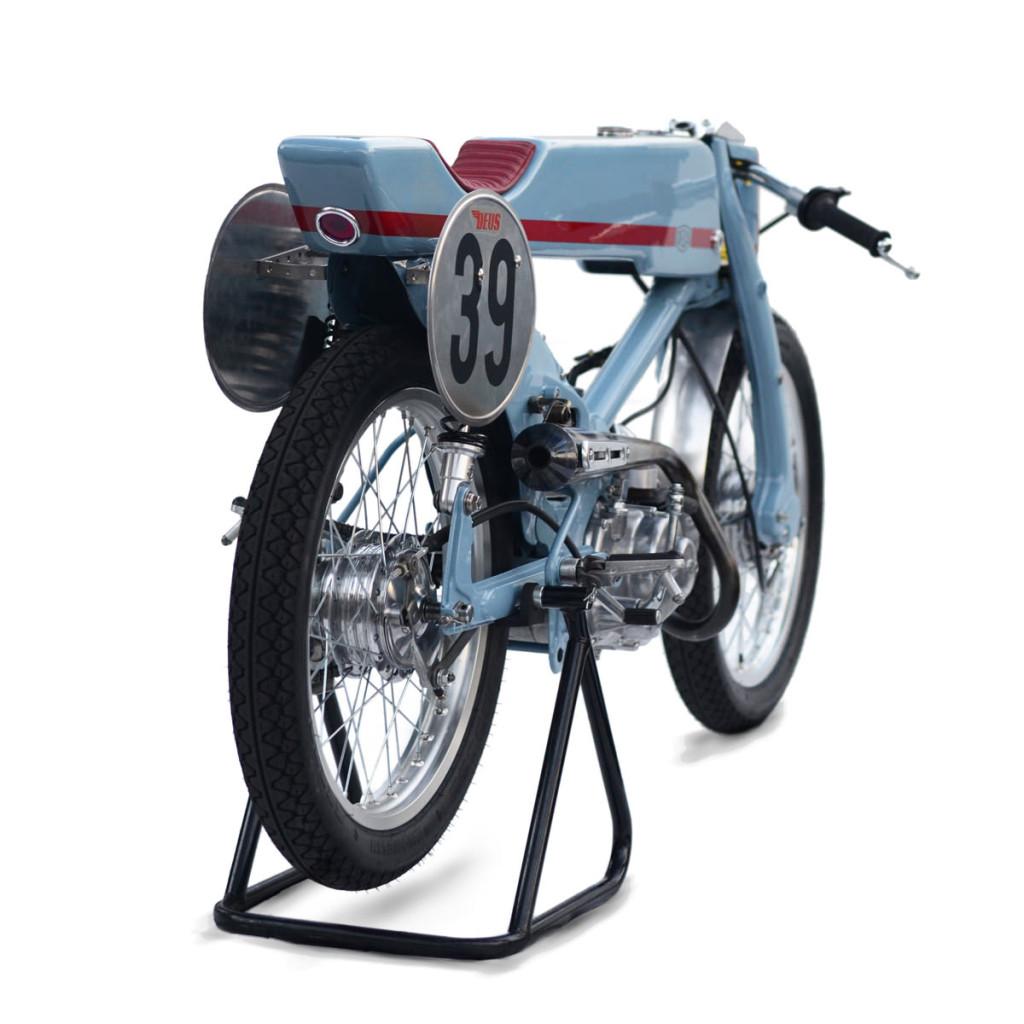 The N50 class’ regulations allow the engine’s displacement to be increased up to 20%, resulting in this custom Super Cub’s increased capacity from 49cc to 60cc. The 4-stroke OVH engine remains, as is the clutchless, three-speed transmission unit paired with it. All other technical details remains undisclosed as Deus did not spare any details surrounding this little beast’s powertrain.

Another key highlight is this custom’s special monocoque body that was penned and crafted using epoxy composite. The design sees Deus skillfully hide the fuel tank, battery, ignition and wiring underneath the body. Both the front and rear suzzies have also been uprated using race-grade components. 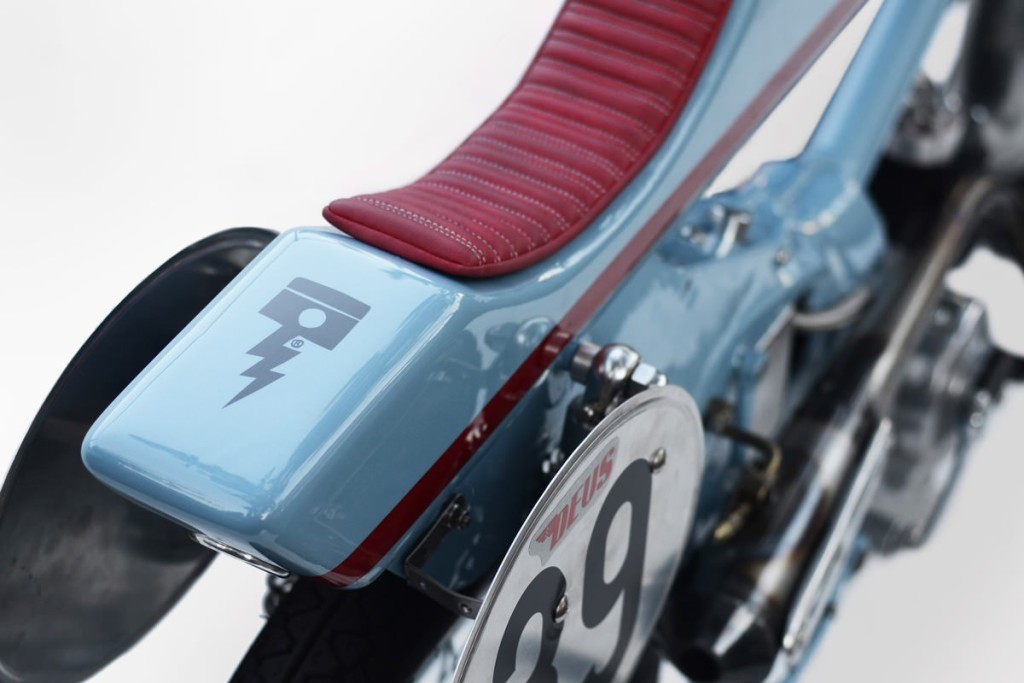 This custom rolls on a pair of original Super Cub wheel hubs that have undergone a mirror shine polishing treatment before being installed in DID rims with custom spokes. Also revised here was the entire braking systems, whilst the single seat has been swapped with a custom unit covered in oxblood ribbed leather produced by Japanese upholstery guru Miauchi-san.

Much of this custom Super Cub’s components was redesigned and re-worked using original blueprints, with all of it finished to luxurious and high-level of perfection. Examples of which include including the bespoke rearsets, top bridge and more. 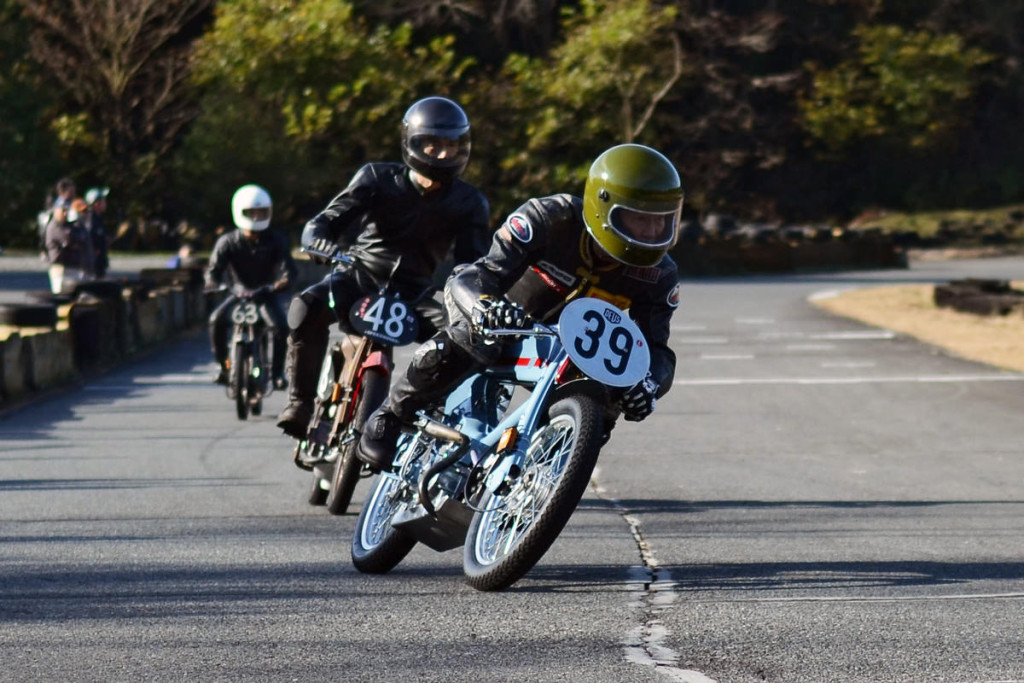 You can check out more of Deus Japan’s Honda Super Cub custom café racer in the gallery we’ve prepared below.