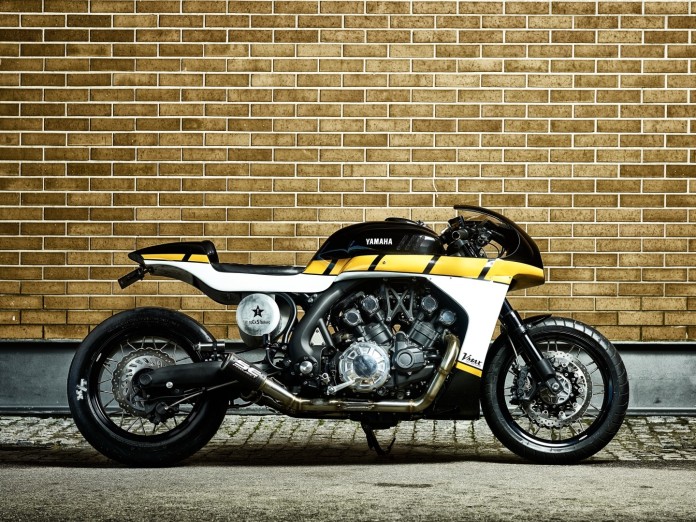 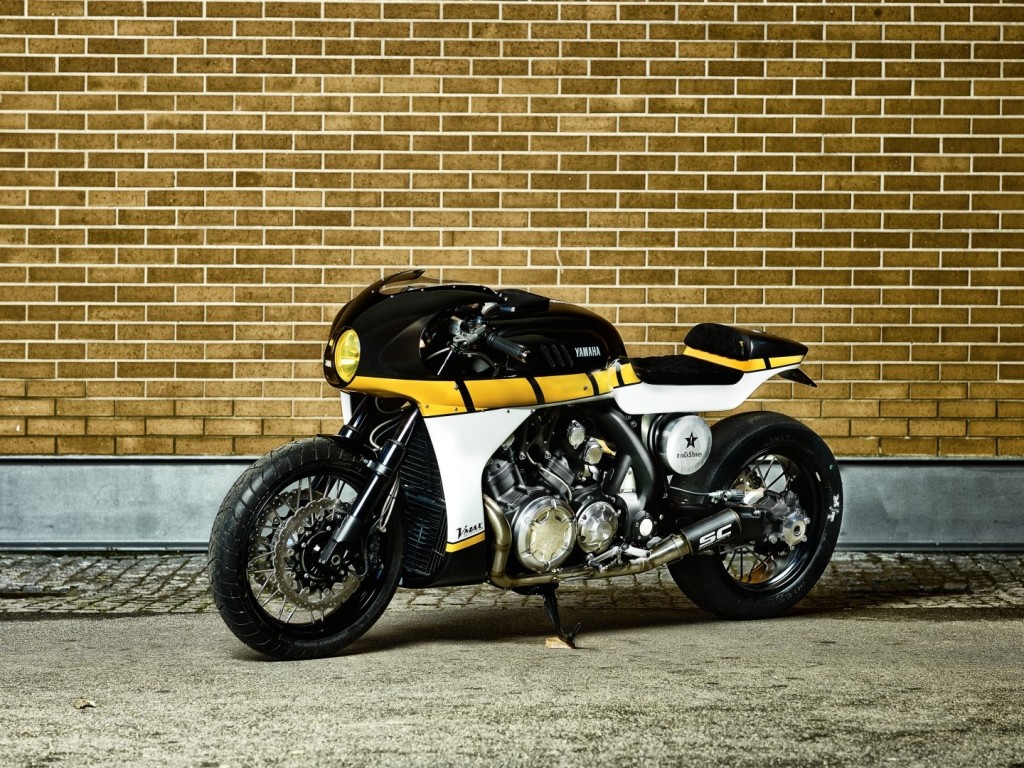 Meet the latest addition into the Yard Built Yamaha series of custom bikes, the Yamaha CS_07 Gasoline. This is the creative work of Portuguese building duo Alexandre Santos and Osvaldo Coutinho from the collective known as ‘roCkS!bikes’. 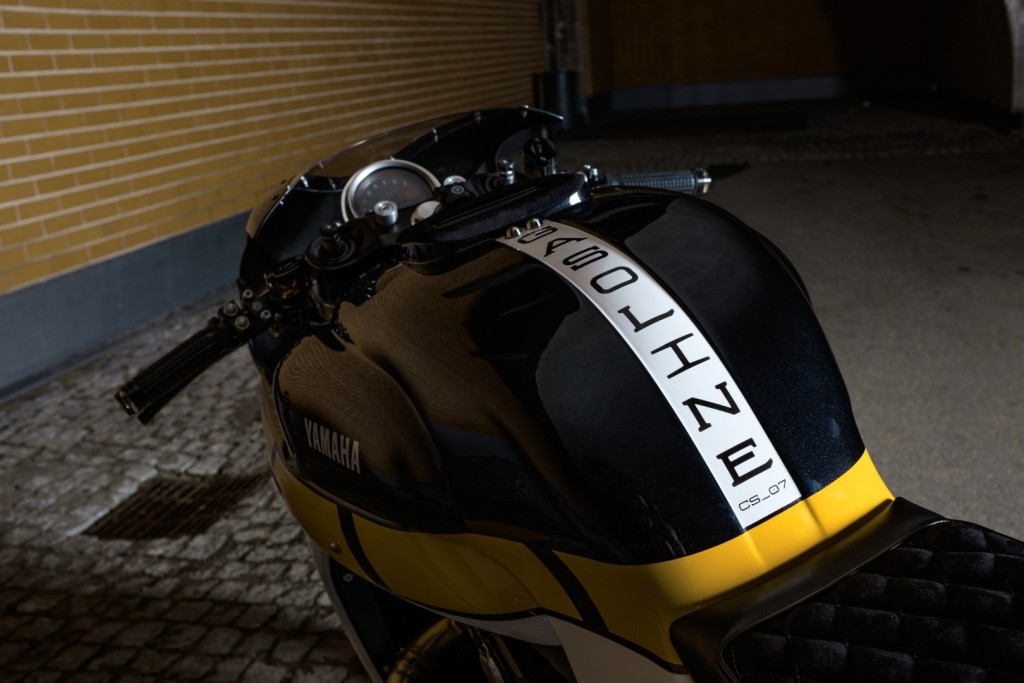 The CS_07 Gasoline features a trademark monocoque tank designed by the Portuguese duo, as well as seat and tail units that are similar in design to ones found on the collective’s other builds. The forward mounted tank is in fact a dummy whilst the real one is actually located under the rider’s seat. 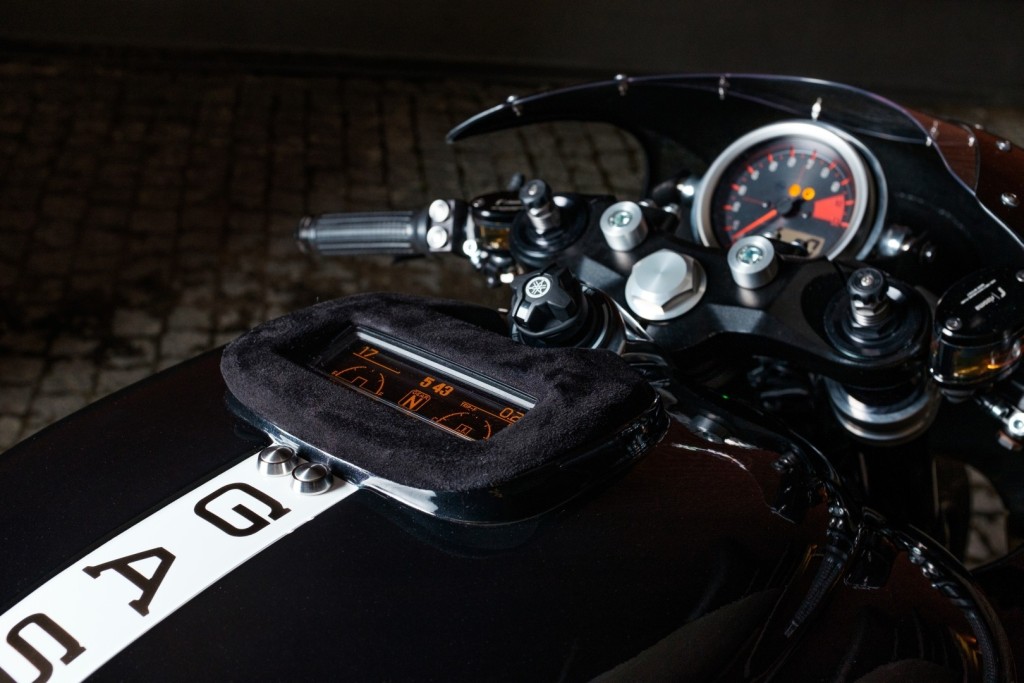 There are plenty of shiny chrome ‘bling’ covering the bike including on the Brembo brake and clutch master cylinders. This custom’s soundtrack is sweetened further with an SC Project exhaust system too. 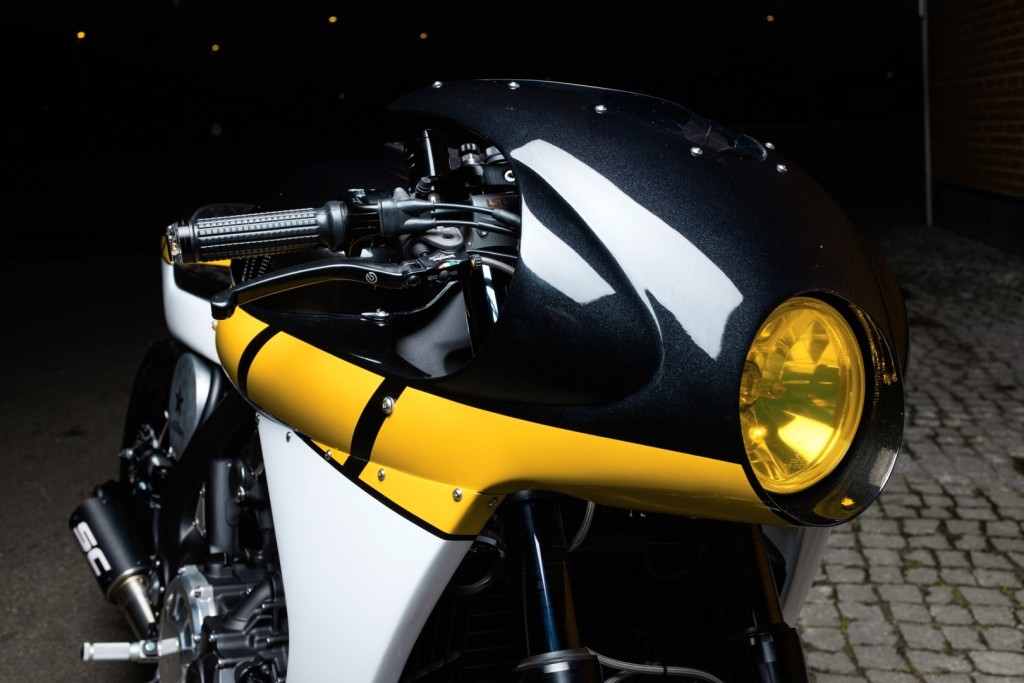 Other notable bits include a rich array of LSL, Rizoma, and Motogadget accessories that give it a finish that reflect the build quality, which is very high based on what we can gauge in these pictures. 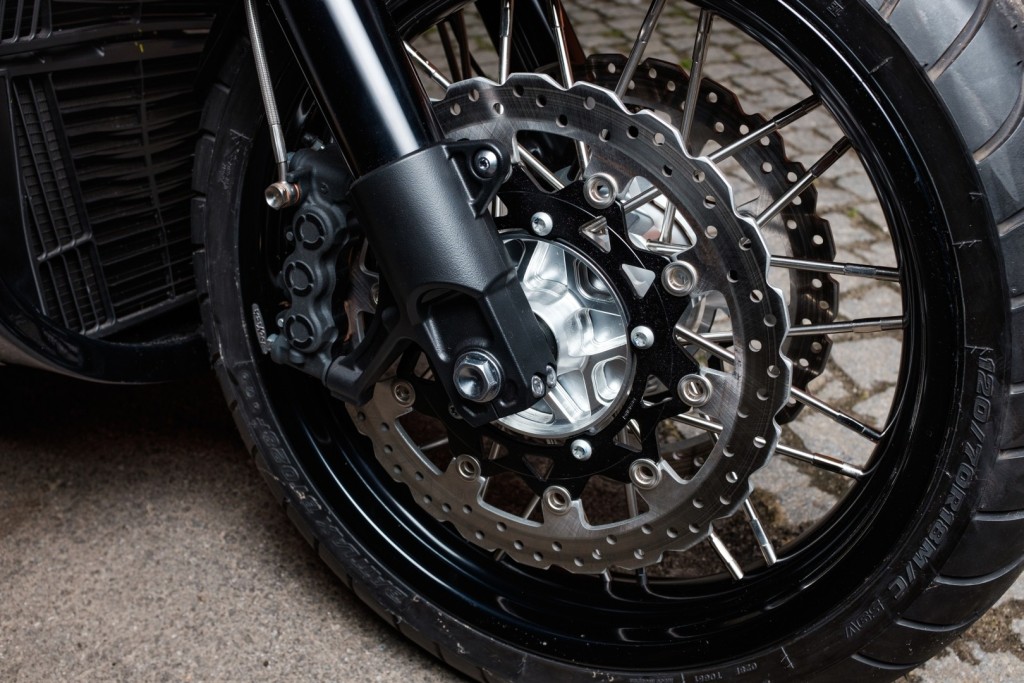 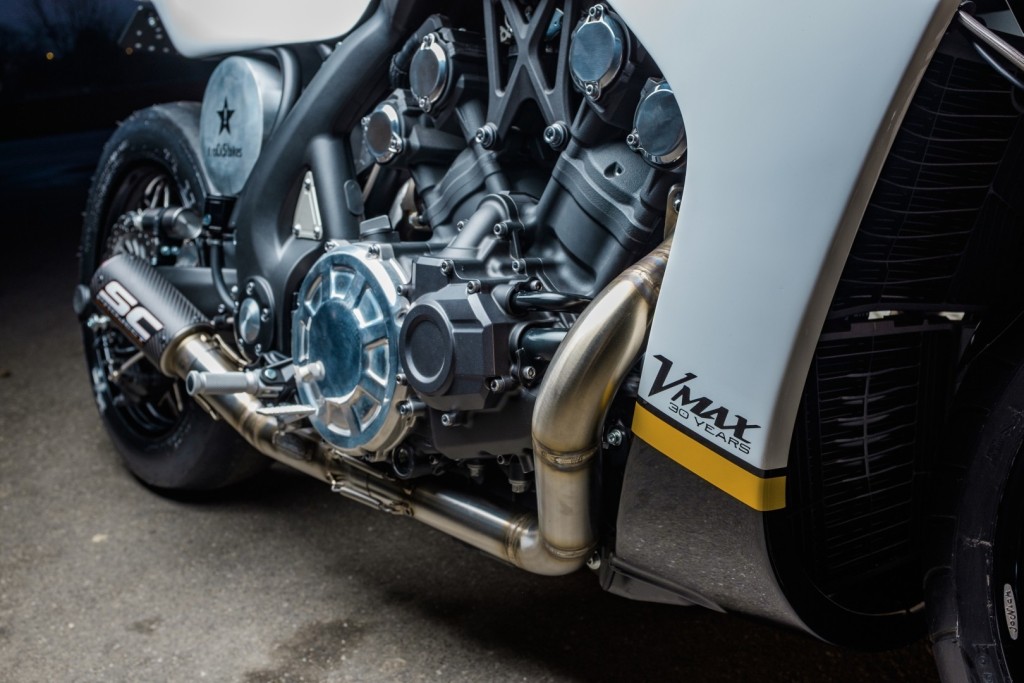 The bike also stood as roCkS!bikes tribute piece to celebrate two milestones in Yamaha’s history. The first was to mark the Yamaha VMax base bike’s 30th anniversary whilst the second celebrates the Yamaha marque’s 60th anniversary. 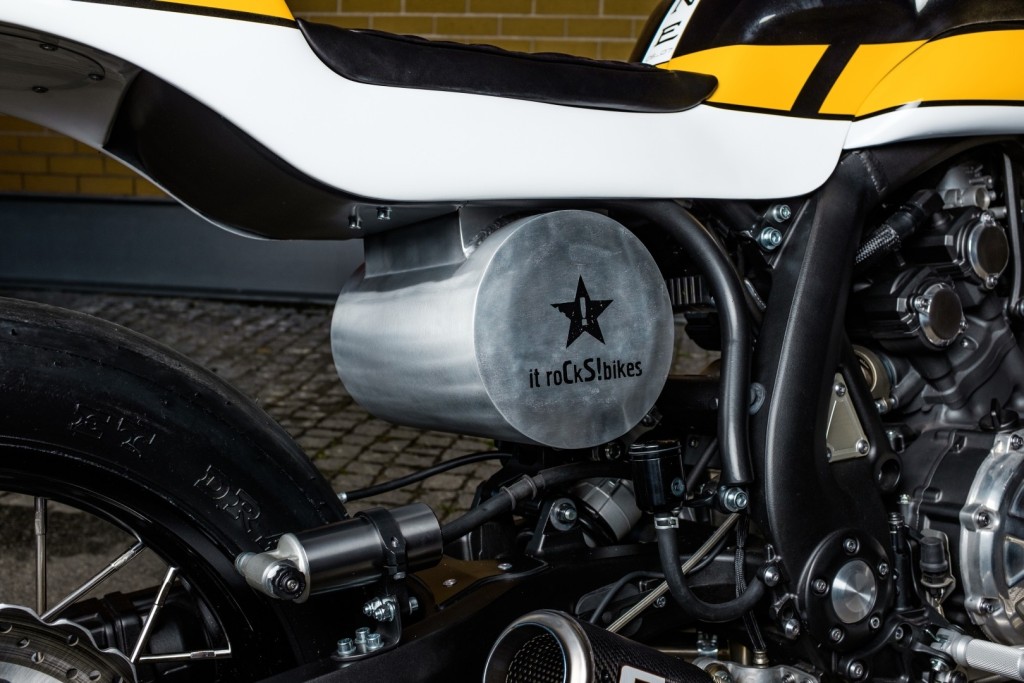 You can check out more images of the Yamaha CS_07 Gasoline in the gallery we’ve prepared below.