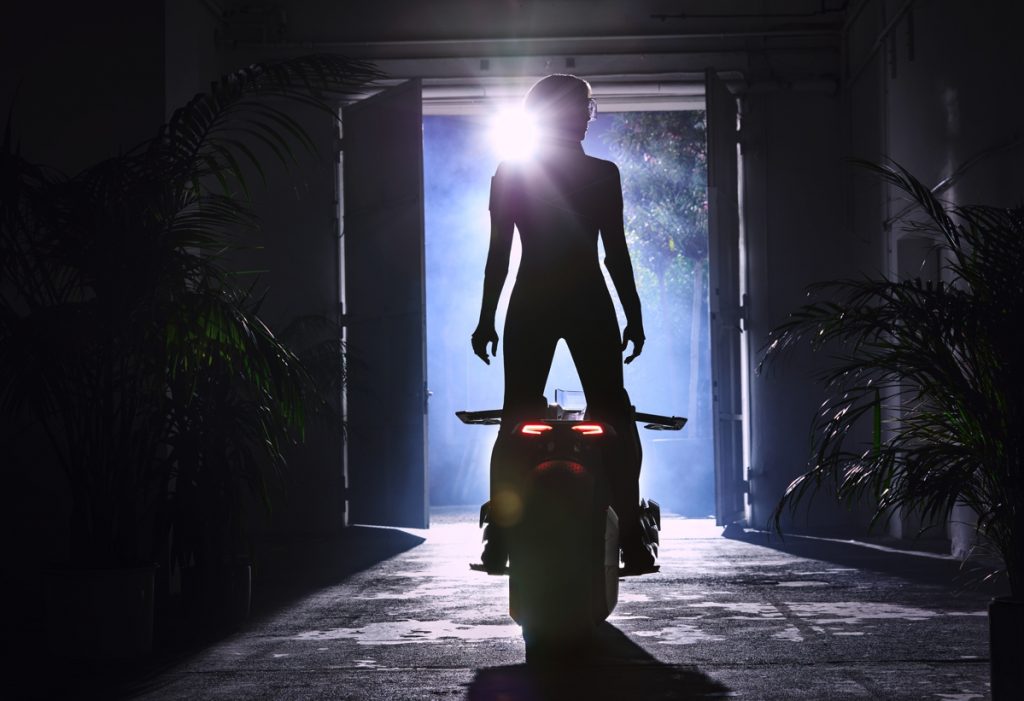 If you didn’t know already, BMW Group is celebrating its milestone centennial this year, and it recently showed of a number of concept vehicles depicting the brand’s idea of what the future holds.

Leading this bill from its two-wheeled division is the BMW Motorrad Vision Next 100 concept bike. This concept bike could only be described as EPIC simply because it breaks all of motorcycling’s traditional convention and dimensions. 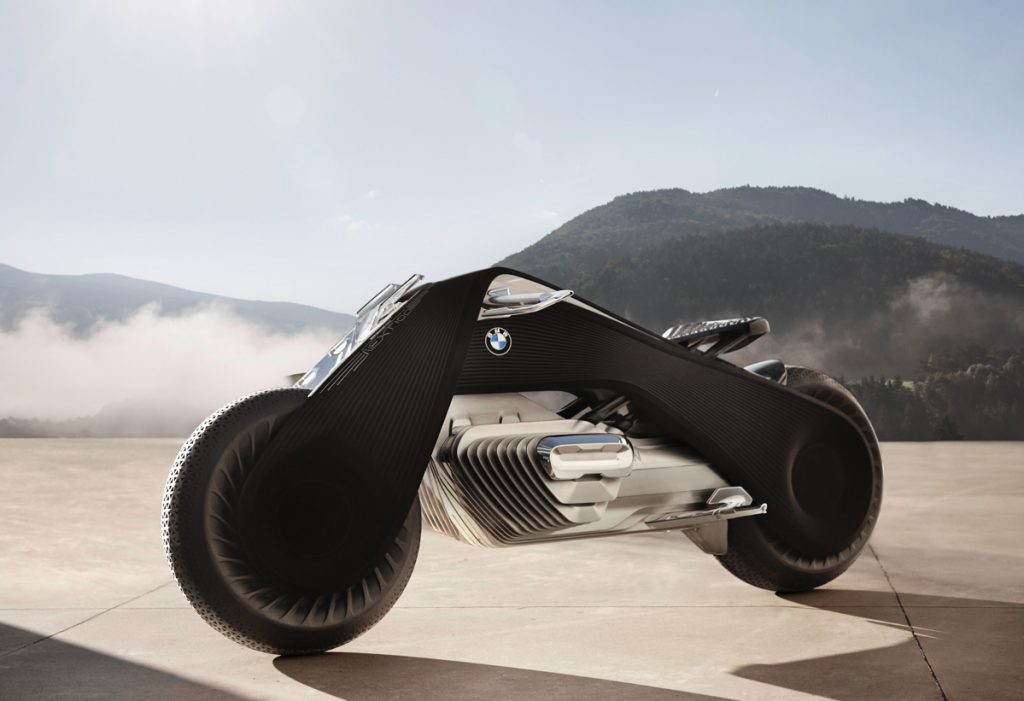 In his presentation, BMW Motorrad’s head of design Edgar Heinrich says that the BMW Motorrad Vision Next 100 “embodies the BMW Group’s vision of biking in a connected world” when explaining the concept’s “The Great Escape” theme.

He further adds, “Motorcycling is about escaping from the everyday: the moment you straddle your bike, you are absolutely free.” In other words, this is what the ‘analogue’ experience that is riding a bike could look like in the connected digital age of the near future. 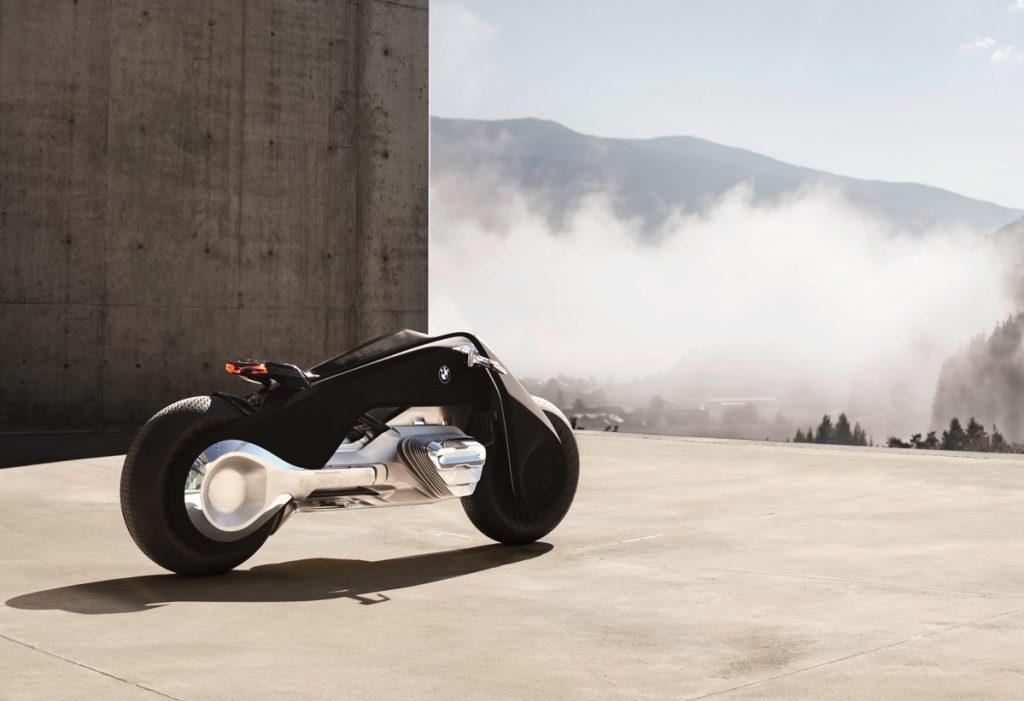 The first thing that breaks convention here is the concept’s triangle frame chassis. A redux of BMW’s first ever bike the R32, the frame is a functional sculpture that links both the front and rear wheels in one dynamic sweep.

Clean and free of any visible bearings and joints, the frame appears as a wholly integrated part in fact. The ingenious design protects the rider from the elements through a clever arrangement of surfaces comprised of matt black textile, its silky sheen and fine lines. 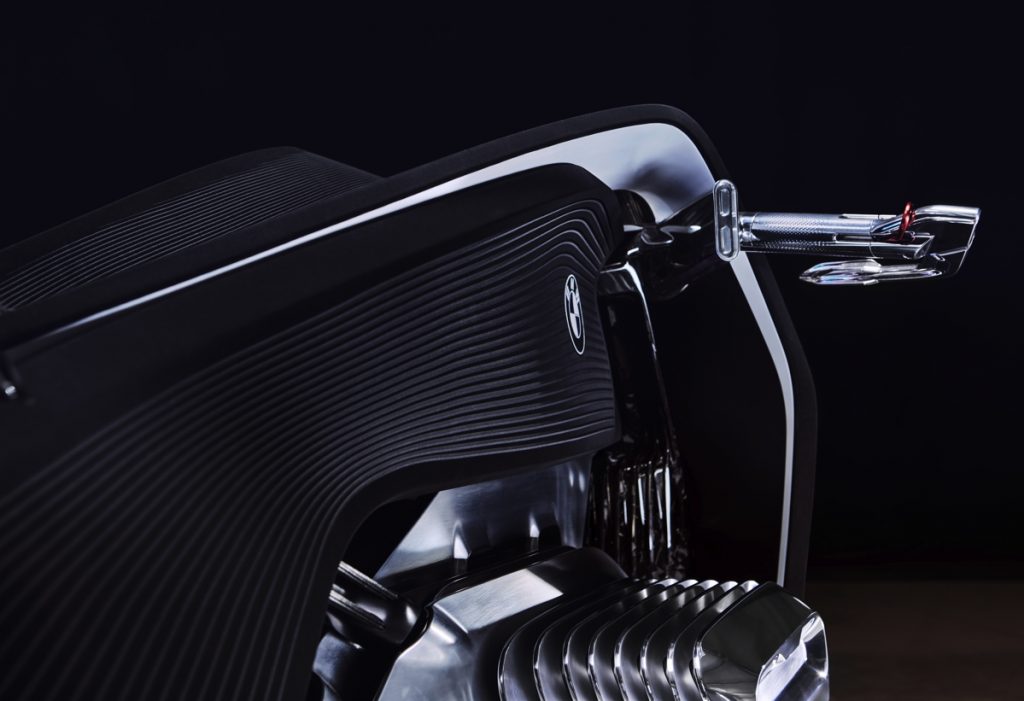 Incorporated here is what BMW calls the Flexframe – a frame-assisted steering system that makes do without the usual joints in most motorcycles today. Literally, turning the handlebar adjusts the entire frame to change the direction of the bike. The amount of strength needed to steer depends on the situation as well, feeling light at low speeds and rigid at higher speeds.

Interenstingly, the engine is also a huge leap forward. Though inspired by BMW Motorrad’s signature boxer layouts, it is described as a “zero-emissions drive unit” – presumably electric – that changes shape based on riding situations. 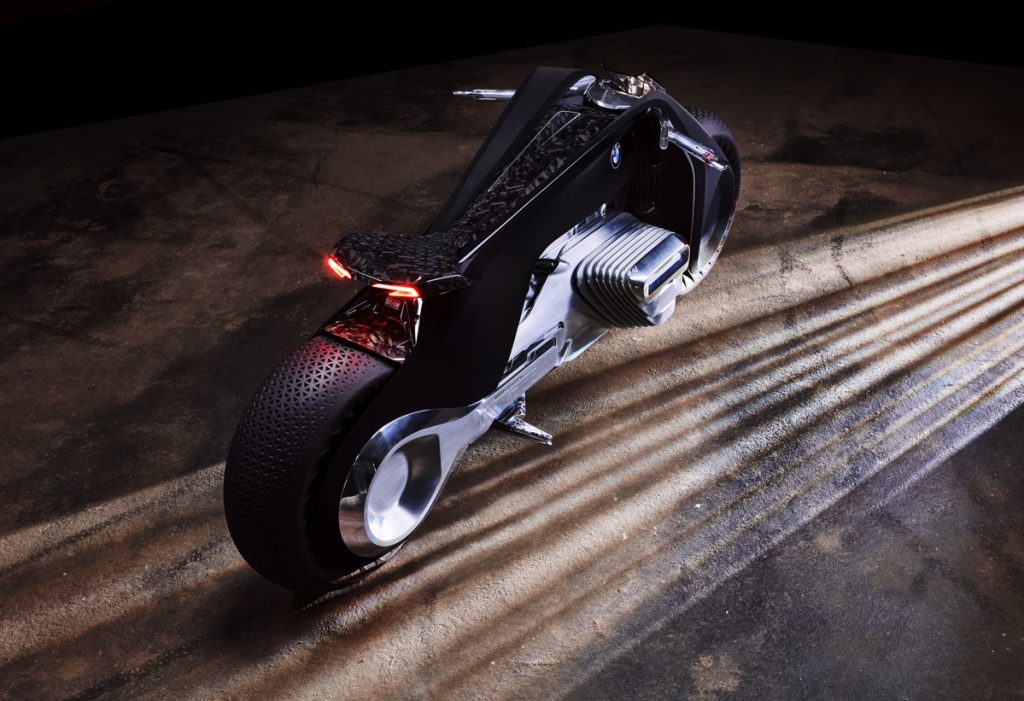 When still halted, the entire unit becomes compact but it later extends when the bike sets off. It offers both enhanced aerodynamics and rider protection when extended, whilst the polished aluminium finish was meant to reflect the unit’s superior quality.

Back to the frame and BMW were keen to point out the heavy use of elements like carbon for the seat, upper frame cover and wings. Interestingly, the concept’s rear lighting comes from two light strips beneath the shell, with its double-C form integrating both taillight and indicator duties. 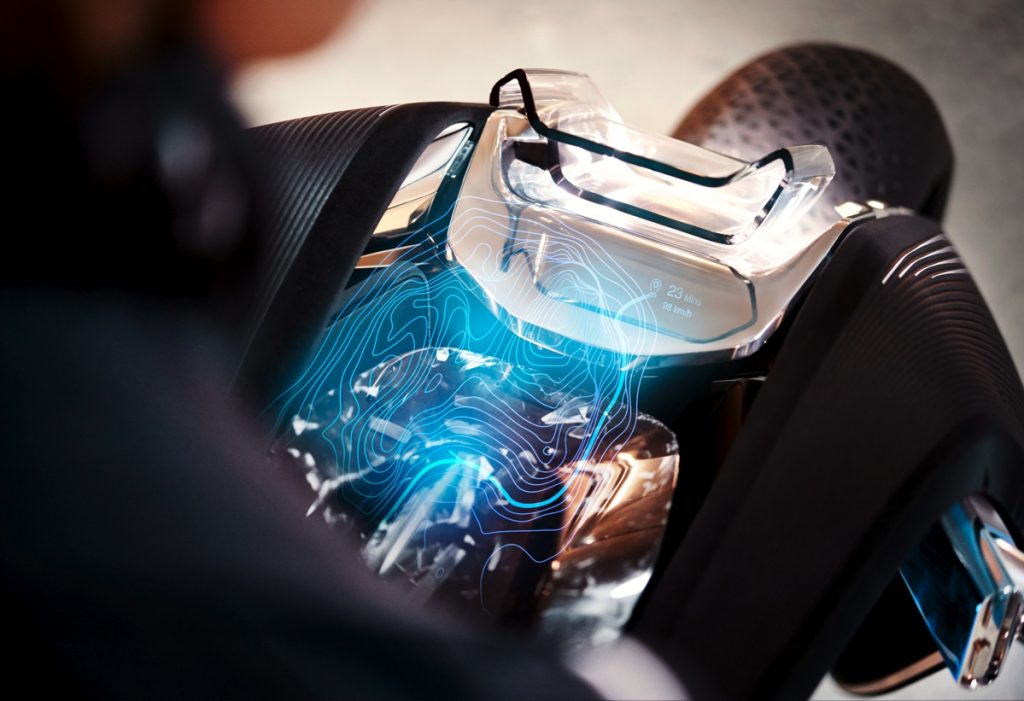 And if you’re wondering how this futuristic bike is suspended, BMW’s explanation here is also quite the concept. Replacing traditional springs and tubes here are variable tread tyres front and aft that actively adjust themselves to suit ground conditions to offer the best possible grip in any situation.

As you would expect, the array of intelligent electronic wizardries BMW envisioned for this concept is mind-boggling. One for sure is that this concept will connect its rider with the bike through a Digital Companion feature that feeds all the needed data and active support. 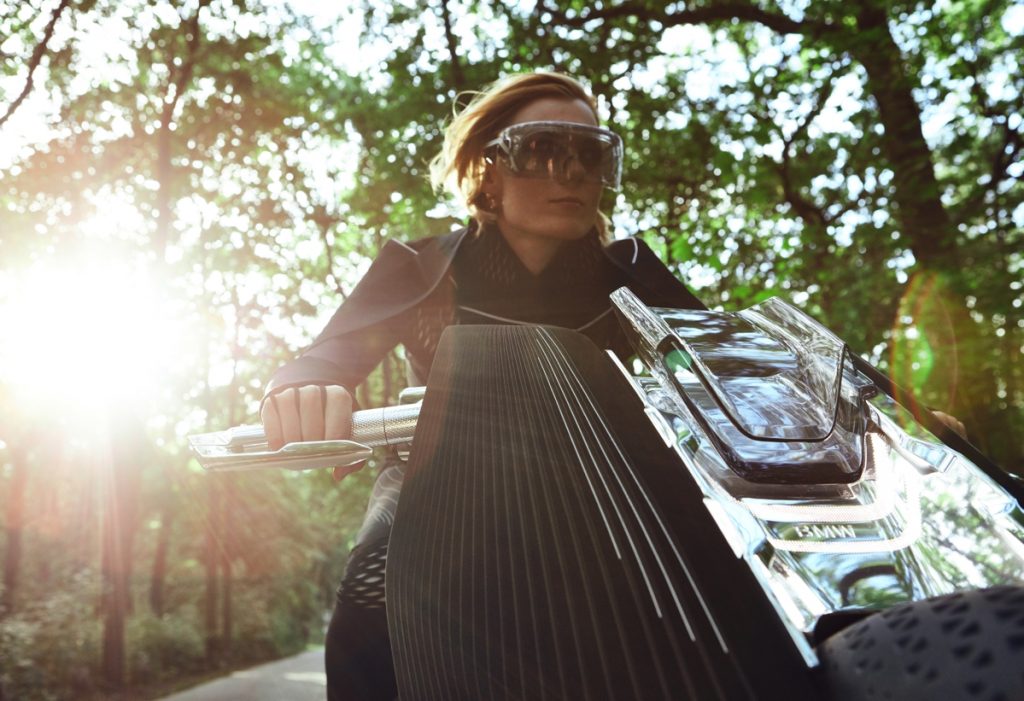 Breaking the digital essence of things here though is a red rocker-switch on the right-hand end of the handlebar that acts as a throttle interface. BMW states this element pays homage to the original analogue essence of motorcycling on this otherwise digital machine.

In more ways that one, the BMW Motorrad Vision Next 100 concept makes the Lightcycles from the Disney cult sci-fi epic Tron Legacy look like child’s play. The future of the motorcycling experience, according to BMW at least, will definitely be very connected, intelligent, sleek and clean.

Check out more images of this groundbreaking vision of the future that is the BMW Motorrad Vision Next 100 in the gallery below.