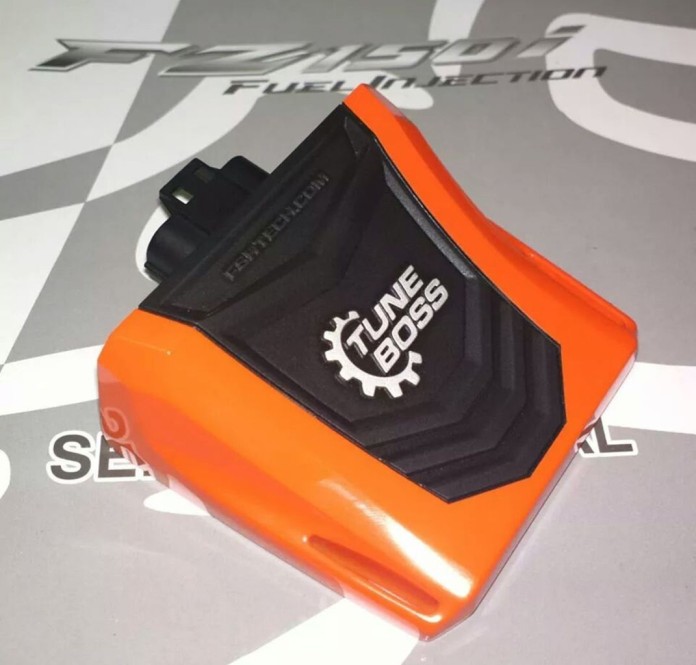 From the same guys who came out with the programmable piggyback system for the Yamaha FZ150i, the local lads from FSR Technology are back and teasing Malaysians just last night with a small announcement on their FB page saying this time they have come out with a programmable standalone ECU.

Dubbed as Tuneboss, its going to be available in a month’s time starting with the FZ150i (2013 and older) and will be quickly followed by units for the Yamaha Lagenda 115Z fuel injection model with price starting at RM370 for now.

According to them, the TuneBoss will give owners wide parameters of tuning ability and quality like the more expensive aftermarket standalone ECUs from US or Europe but at a fraction of the price. From what we have seen in their previous work that claim is not just something that can be ignored, they really do know their stuff and that’s probably why it took them so long before they came out with TuneBoss.

More bike models will be covered soon as the boys have said they will release more information after the festive holidays.