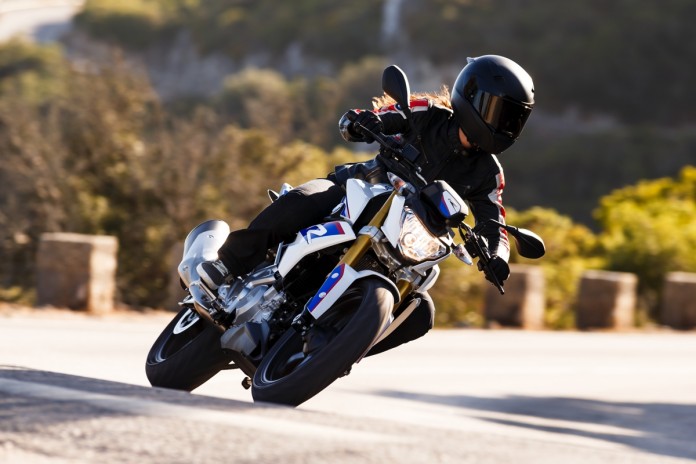 After numerous spyshots and being teased as a stunting concept, the worldwide wait for the new small capacity BMW bike is finally over. 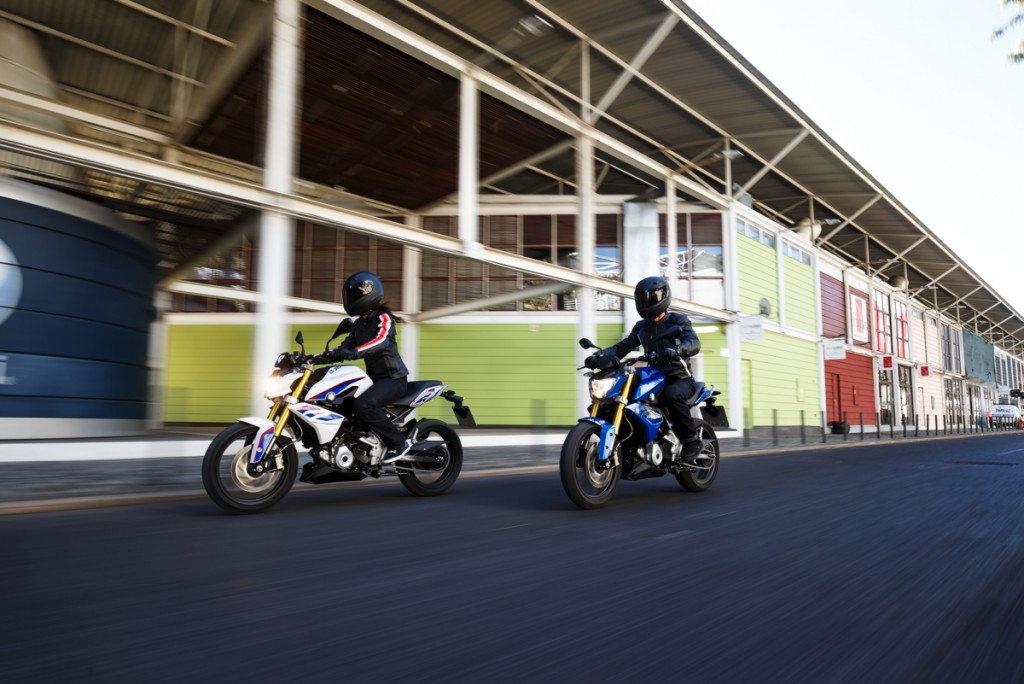 Unveiled online just recently, the new ‘baby beemer’ enters the ever-growing yet lucrative lightweight bikes segment, and will surely stand as a strong rival against segment favourites like KTM and the usuals from Japanese powerhouses. Here’s what we’ve managed to garner so far about this small yet feisty new made-in-India BMW. 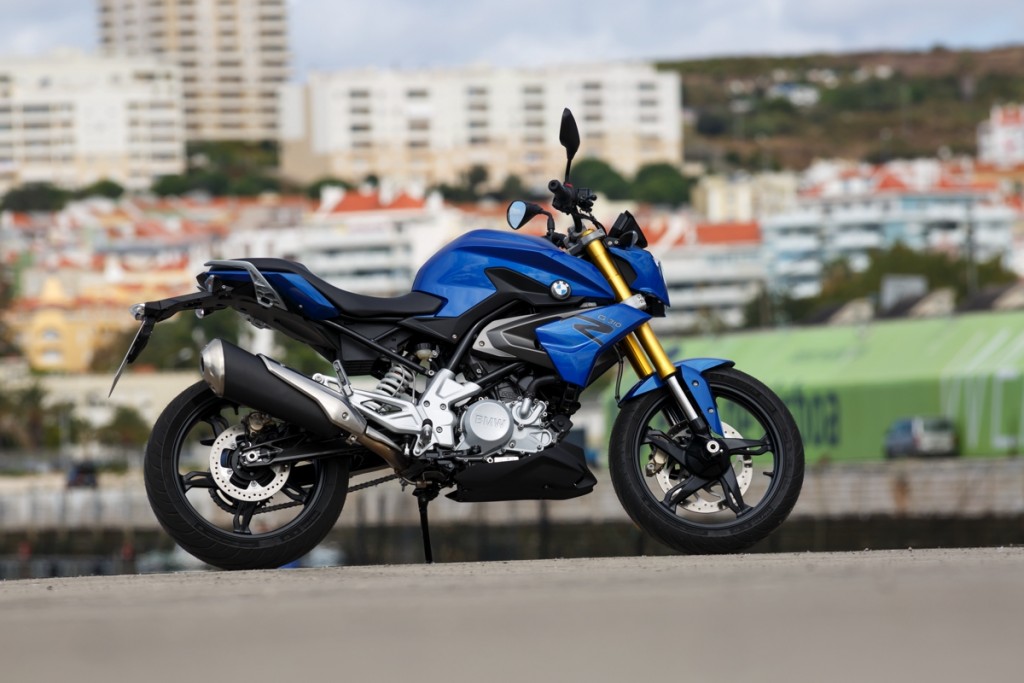 As previewed in the concept, the BMW G310R is powered using a newly developed liquid-cooled DOHC 313cc single-cylinder heart with four valves. Unique traits here are its 80mm x 62.1mm bore x stroke figures, followed by its backward-tilted cylinder in open-deck design with the cylinder head turned by 180 degrees, making it possible to position the intake tract at the front. 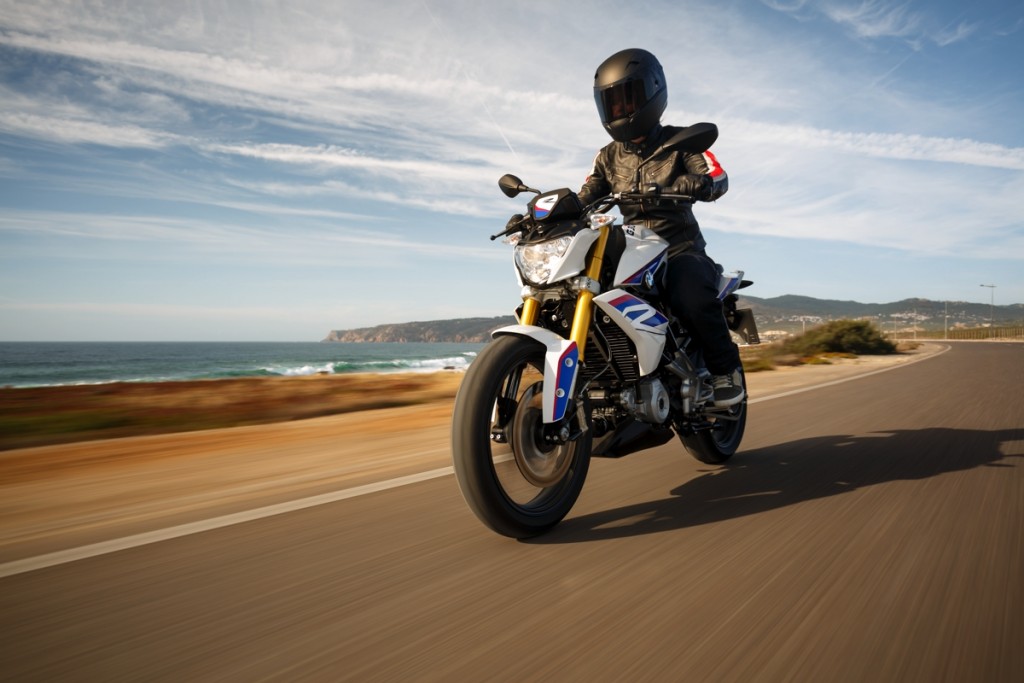 As a result, the mill develops 34hp at 9,800rpm and peak torque of 28Nm at 7,500rpm. All that power is channelled to the rear wheel using a six-speed constant mesh transmission primed with a wet multi-plate clutch and a chain drive system. 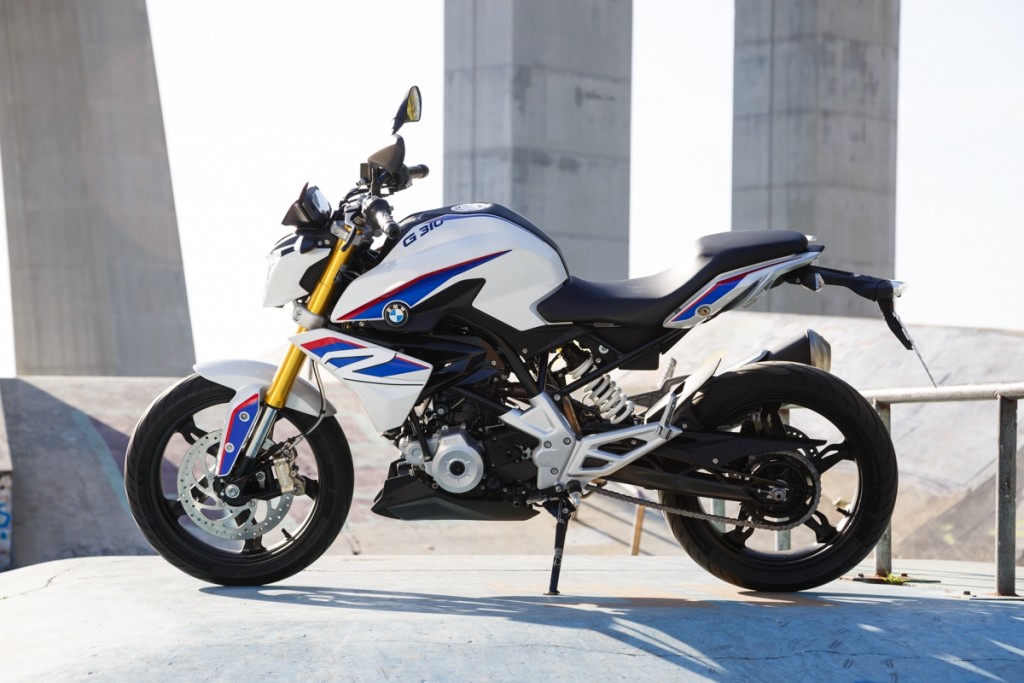 The powertrain is encased within a Tubular steel frame design that was built with a grid structure whilst having a bolt-on rear frame and a long swingarm assembly made using cast aluminium. Up front sees a pair of 41mm telescopic inverted forks that are combined with steering geometry honed towards safe and predictable handling, offering 140mm of fork travel too. The wheelbase stands at 1,374mm with the adjustable rear shock mounted directly whilst boasting 131mm of travel as well. 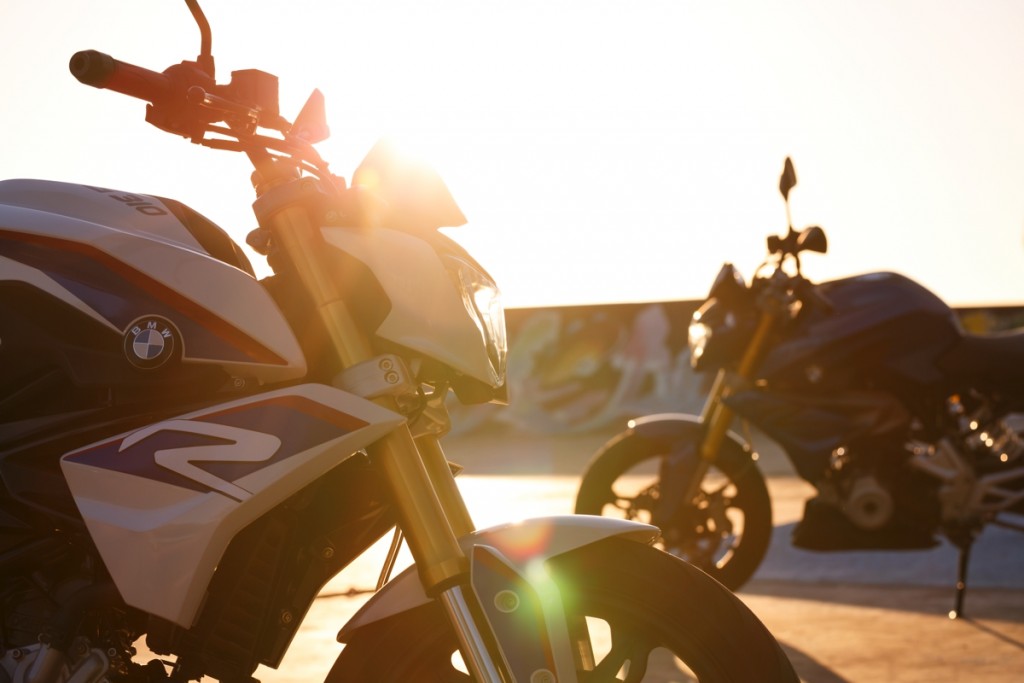 Next comes a set of lightweight yet strong 17-inch five-spoke wheels front and aft that are shod in 110/70/17 (front) and 150/60/17 (rear) tyre sizes. Anchors come in the form of single discs all round measuring 300mm up front and 240mm in the rear, radially-mounted four-piston caliper in front, as well as the BMW Motorrad ABS suite primed as standard. 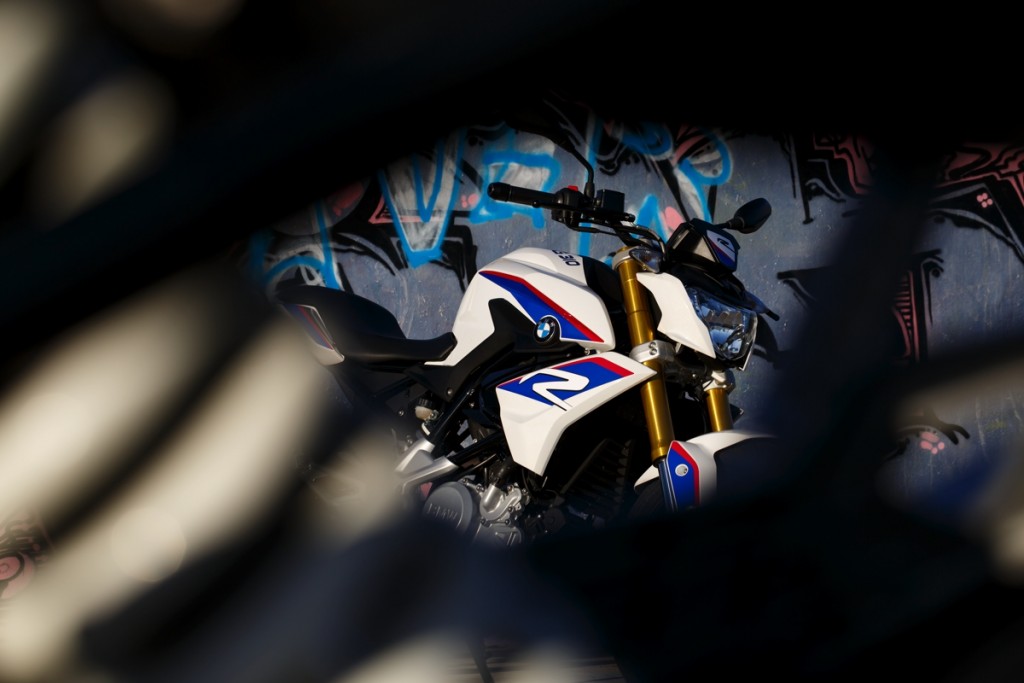 Notably, the BMW G310R also gets a decently-sized 11-litre fuel tank, a low unladen weight of 158.5kg and a standard seat height of 785mm. Despite its size, BMW further claimed that the new G310R is capable of reaching a top speed of approximately 145km/h as well. 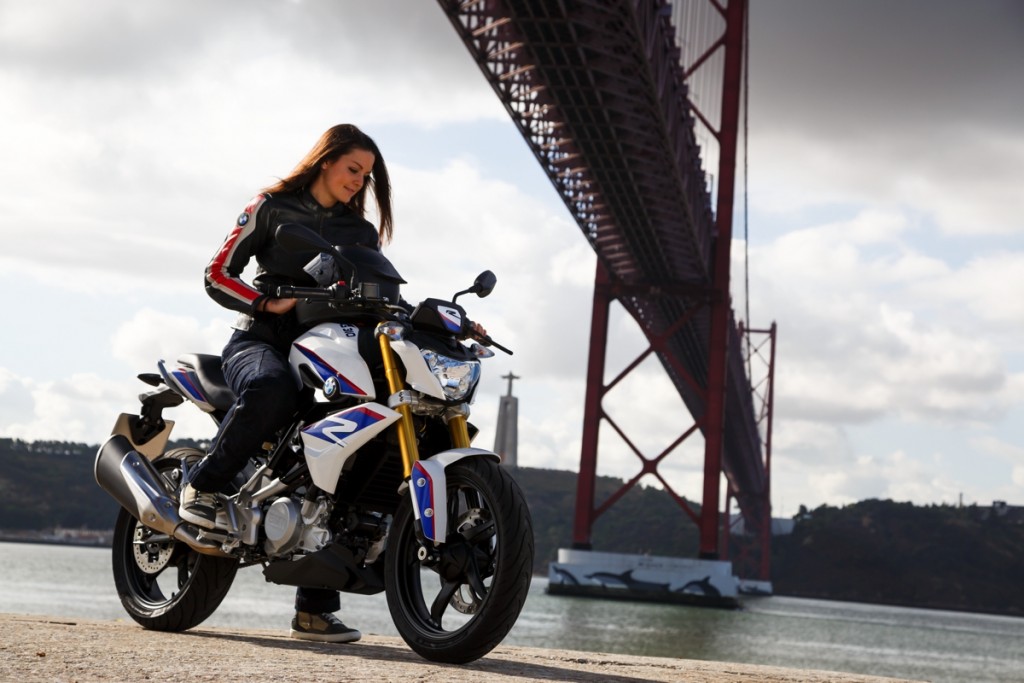 BMW did mentioned that low and high seat heights are available with optional accessories ranging from 760mm through to 815mm. Other additional accessories available include luggage, top boxes, a centrestand, LED indicators, a 12-volt charging socket and heated grips too. 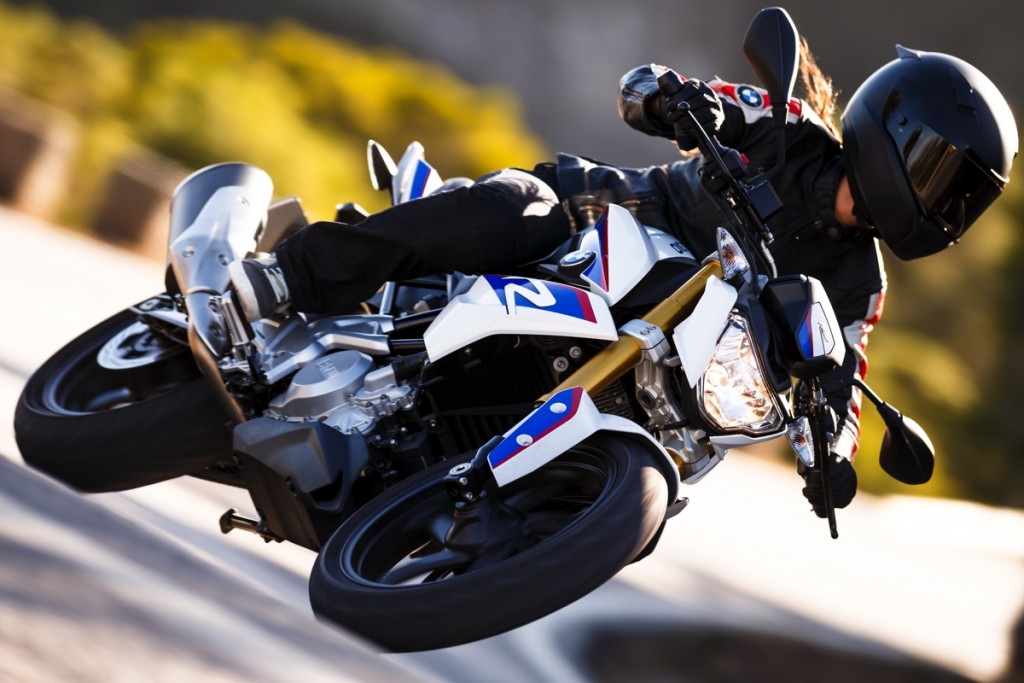 As far as the design goes, much of the G310R’s lines are inspired by the bigger S1000R streetfighter. The basic paint scheme on offer is a black and white combination with silver highlights, followed by a more premium metallic blue and grey scheme plus a Pearl White option as well. 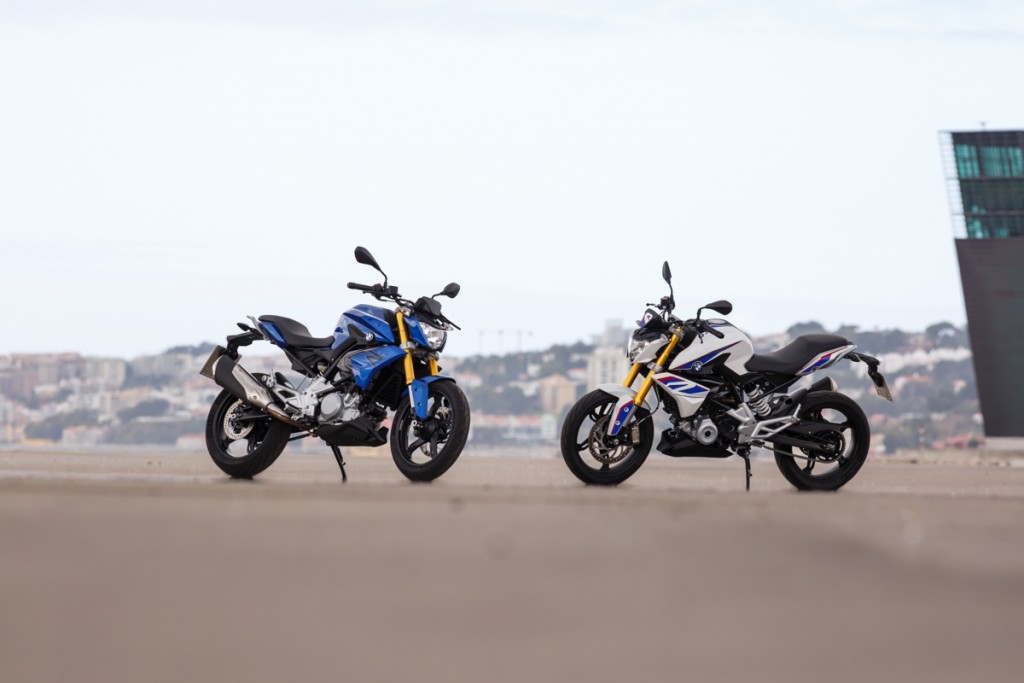 Excited? So are we, and the news just gets better as insiders at BMW hints at more variants to come soon based on the G310R. That includes a half faired and ‘adventure’ bike versions slated to debut at a later stage.

The new BMW G310R will be debuting at EICMA later this month with markets sales set to commence early next year. We are not sure when it will arrive locally, but all signs indicate that this is one BMW worth waiting for indeed. Check out the extensive gallery we’ve prepared below to see the bike in full detail.