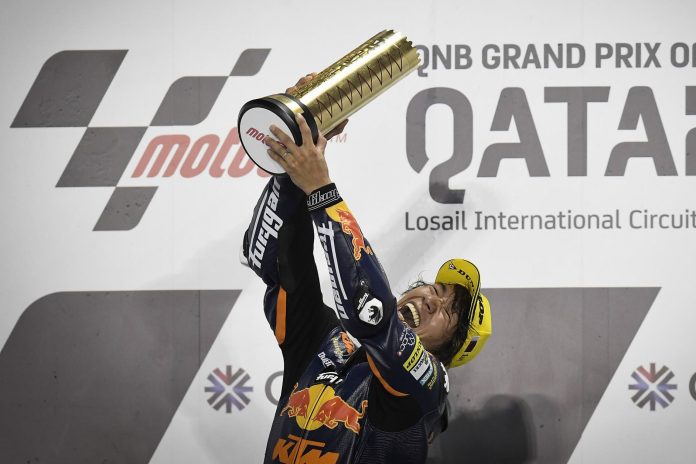 If you’ve watched the first Moto2 race of 2020 last night, you would know that it was a fantastic race with an emotional win for Japan as Tetsuta Nagashima (Red Bull KTM Ajo) from Japan claimed his first-ever win in the MotoGP intermediate class. 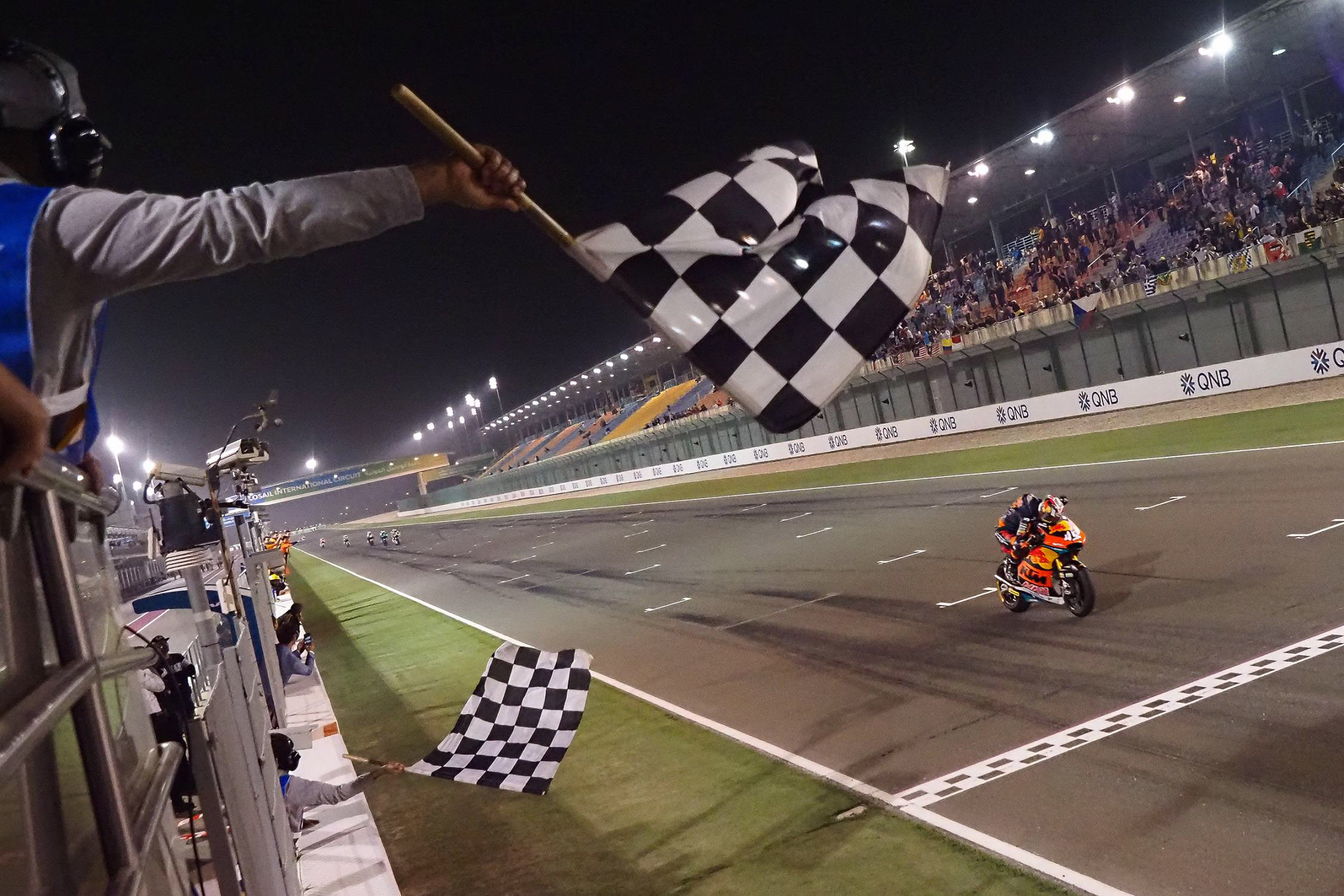 Why was it so emotional? 10 years back, his close friend, the late Shoya Tomizawa, won the first-ever Moto2 race at the same track. That very same year, Tomizawa lost his life in the 11th round when a race incident occurred competing at the San Marino Grand Prix. The victory was obviously dedicated to his close friend.

What a way to pay tribute to the late Shoya Tomizawa ❤️

Going back to the race, it seems that the race was in the bag for Luca Marini (SKY Racing Team VR46) as he got off to a flying start against the likes of Joe Roberts, Jorge Martin (Red Bull KTM Ajo), and Enea Bastianini (Italtrans Racing Team). It was like a Moto3 battle as the top riders battled it out for the very first win of the season. 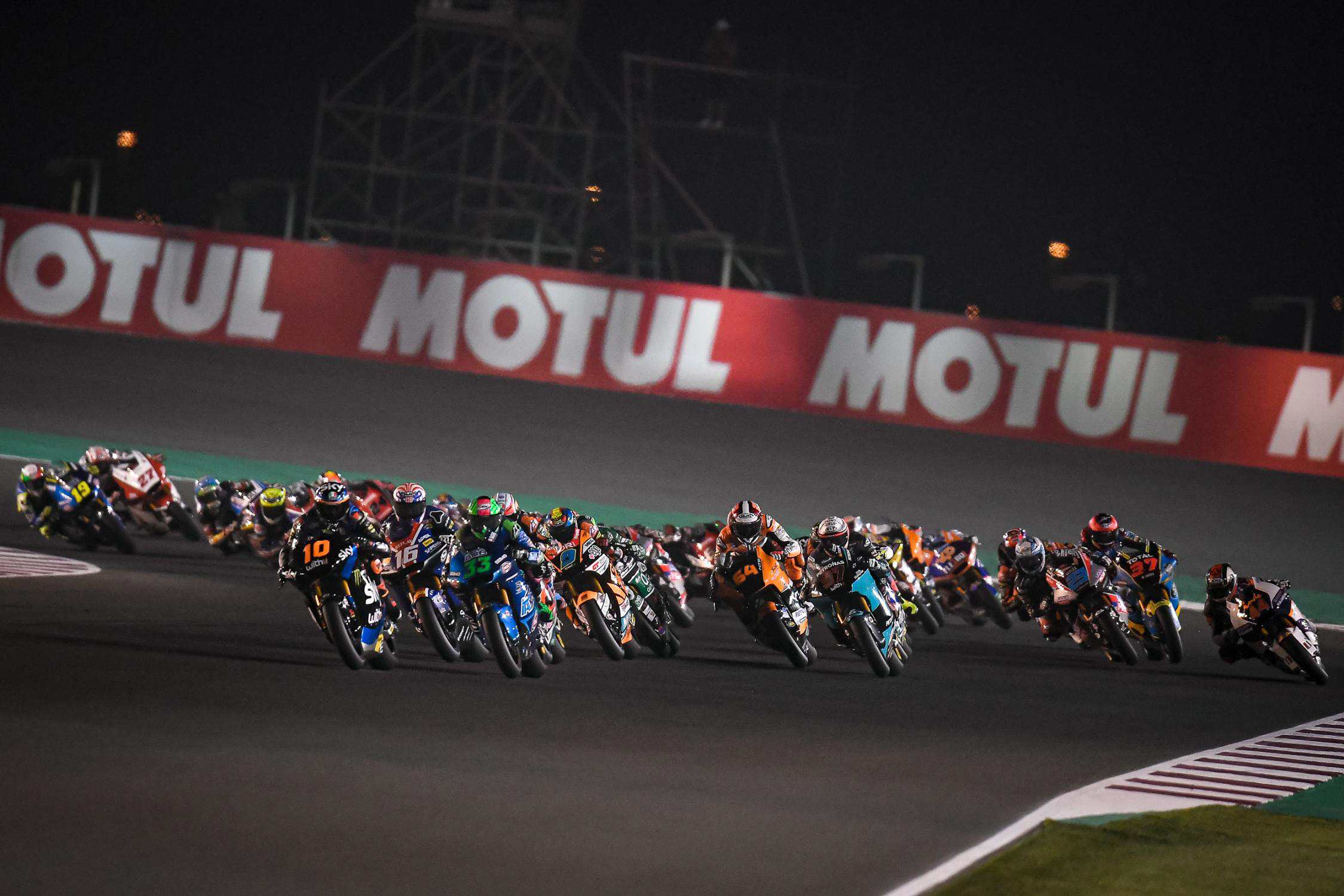 With most riders running the ultra-soft front tyre option, tyre conservation was key in maintaining a good pace throughout the race. Unfortunately for Marini, his tyres just dropped along with his leading position before crashing out at the very last lap. 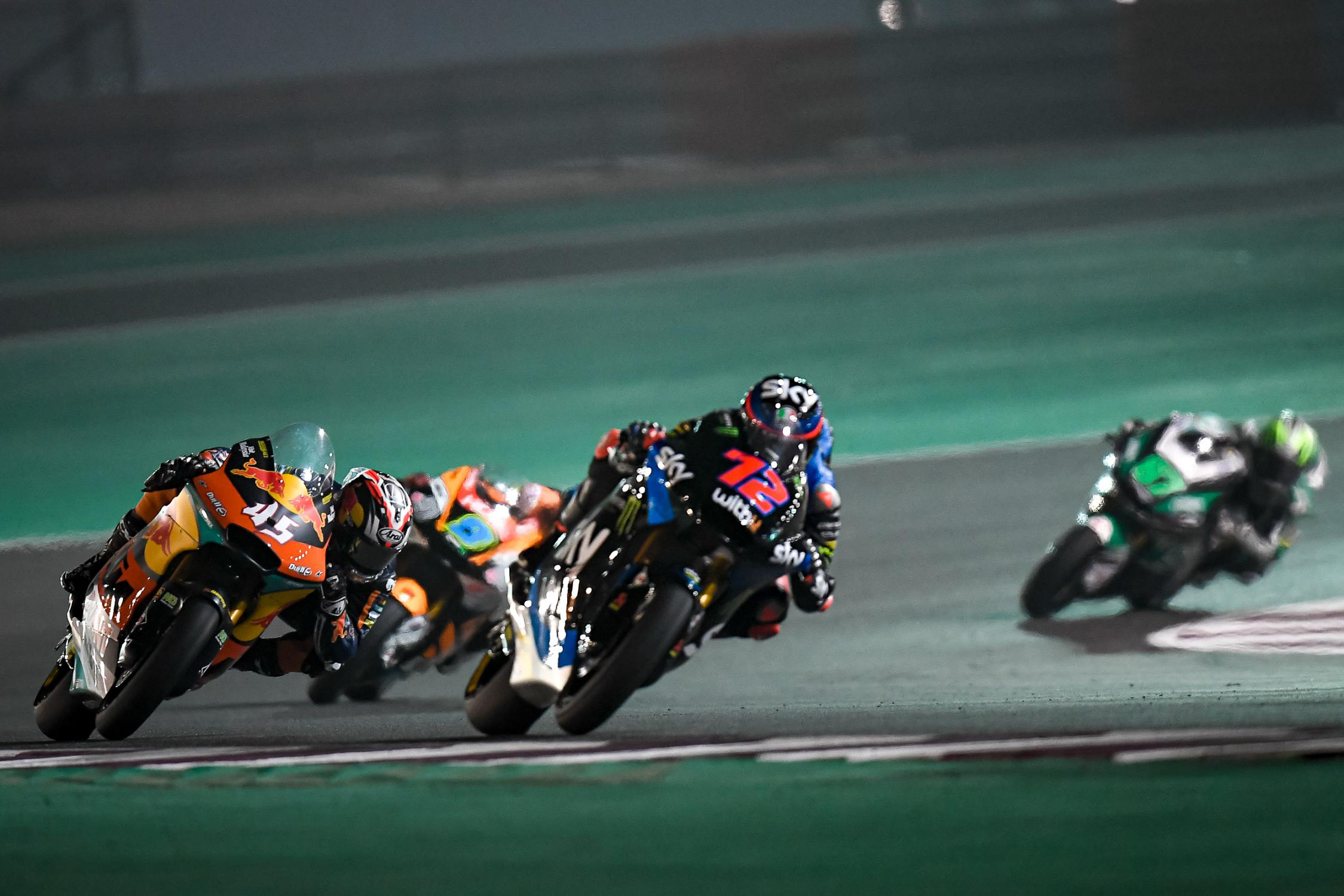 Lorenzo Baldassarri (FlexBox HP 40) took on the lead with a close battle against Bastianini. What they did not know at the moment was Tetsuta Nagashima was setting back-to-back fastest laps and was catching the front runners. Bear in mind that the 27-year-old Japanese rider started the race back in P14. 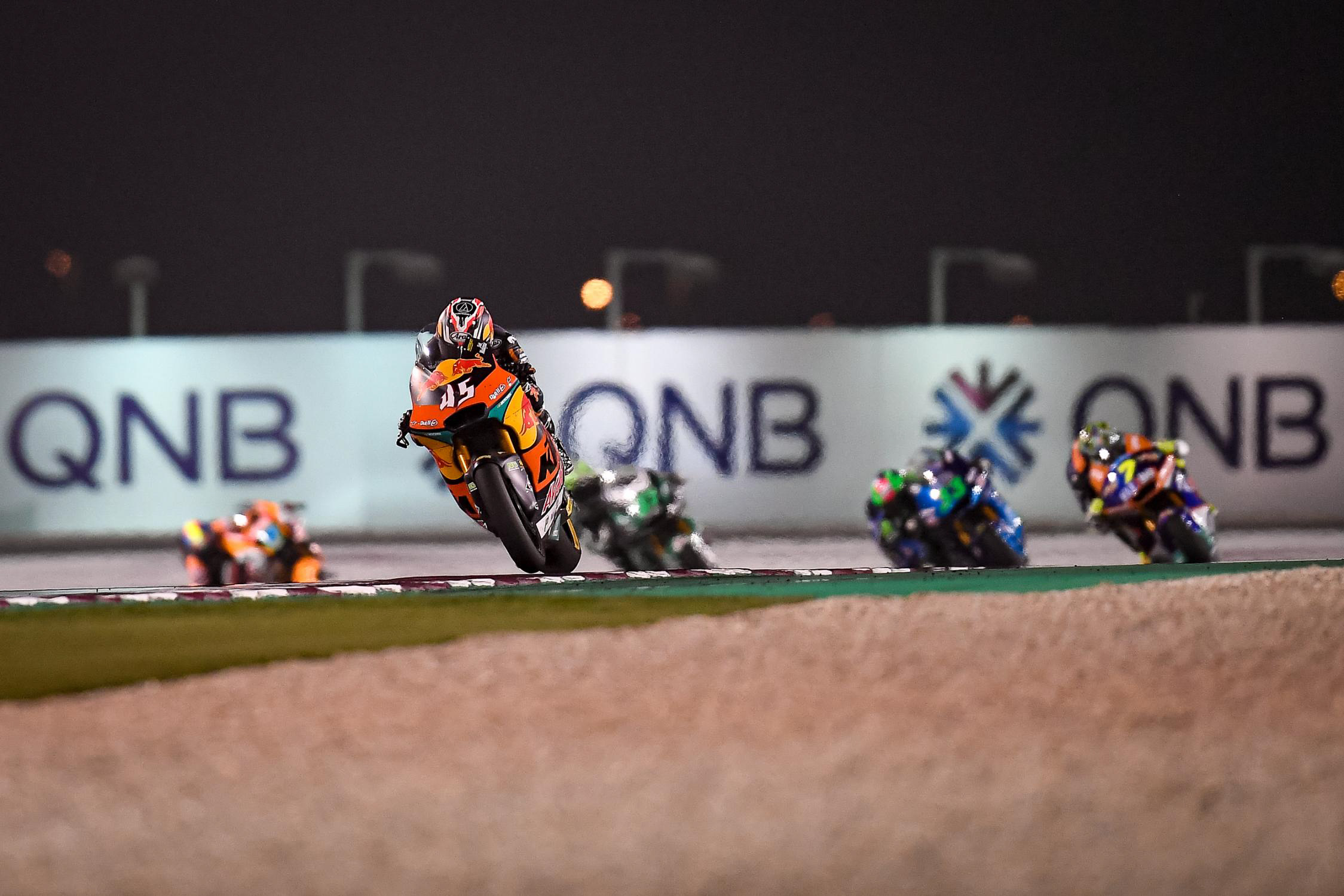 While the top 3 riders were busy tripping each other, Nagashima powered on his Triumph-powered KTM machine to the front before taking over the position and leaving them in the dust under the floodlights of the Losail International Circuit. The Japanese crossed the chequered flag in P1 followed by Baldassarri and Bastianini. 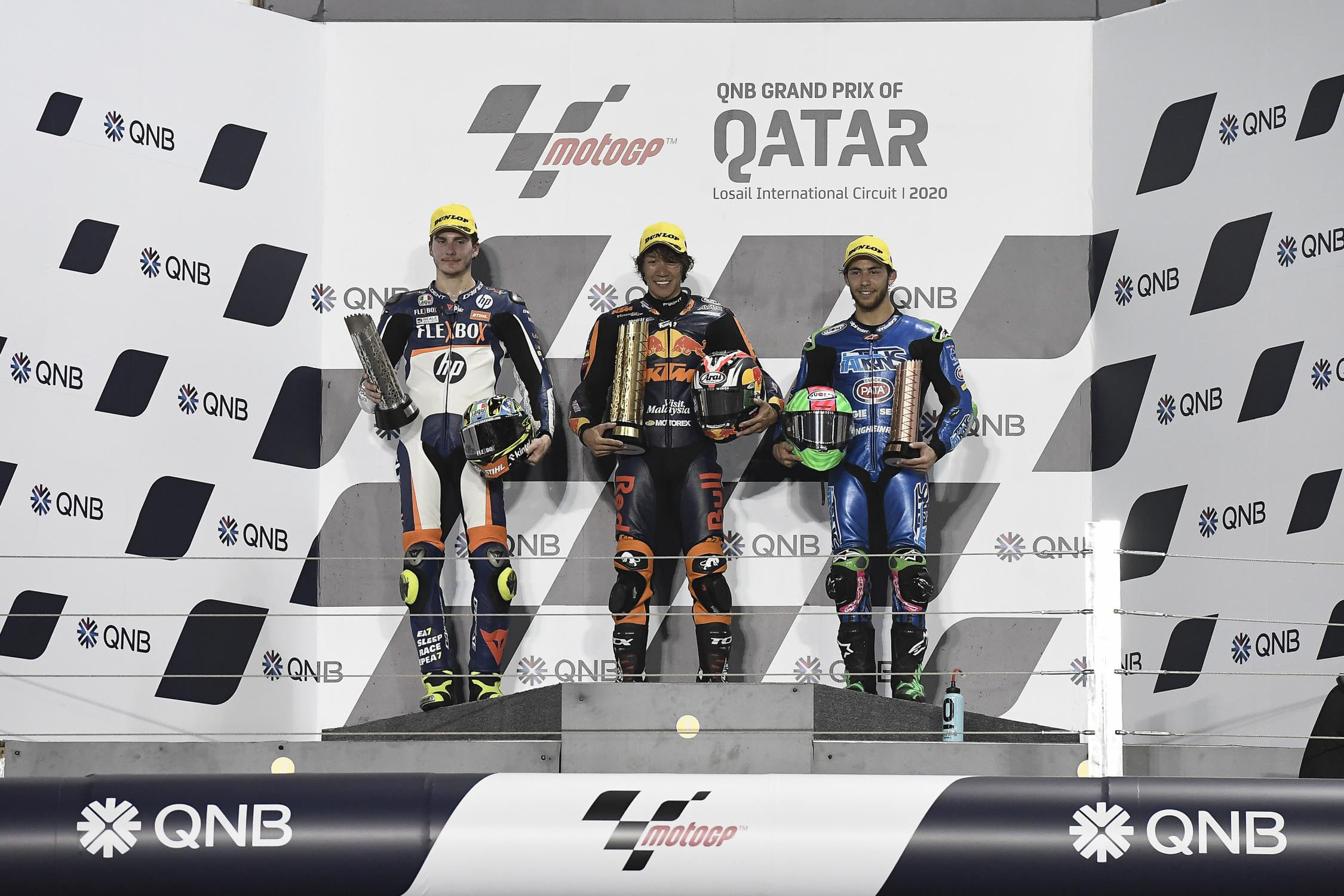 Our homeboys, Hafizh Syahrin (Aspar Team) and Kasma Daniel (Onexox TKKR SAG Team) had a tougher time as the former MotoGP rider finished the race in P19 after having late issues with his bike and an unfortunate DNF for Kasma Daniel. The entire Moto3 and Moto2 teams will have quite a rest to recover before their next round in the US this coming April. 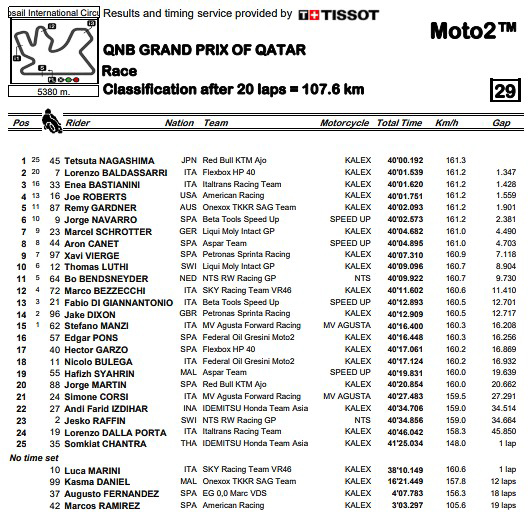