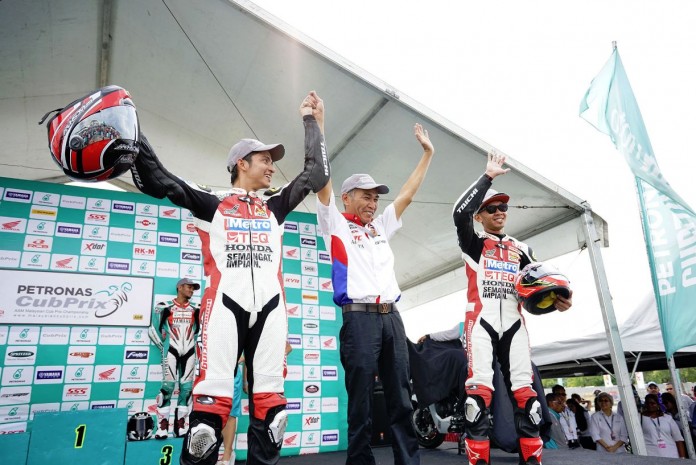 Elly Idzlianizar Ilias proved he is a serious threat to the CP130 title as the seasoned contender scored an emphatic win in Round 2 of the PETRONAS AAM Malaysian Cub Prix Championship at Stadium Batu Kawan, Penang on Sunday. 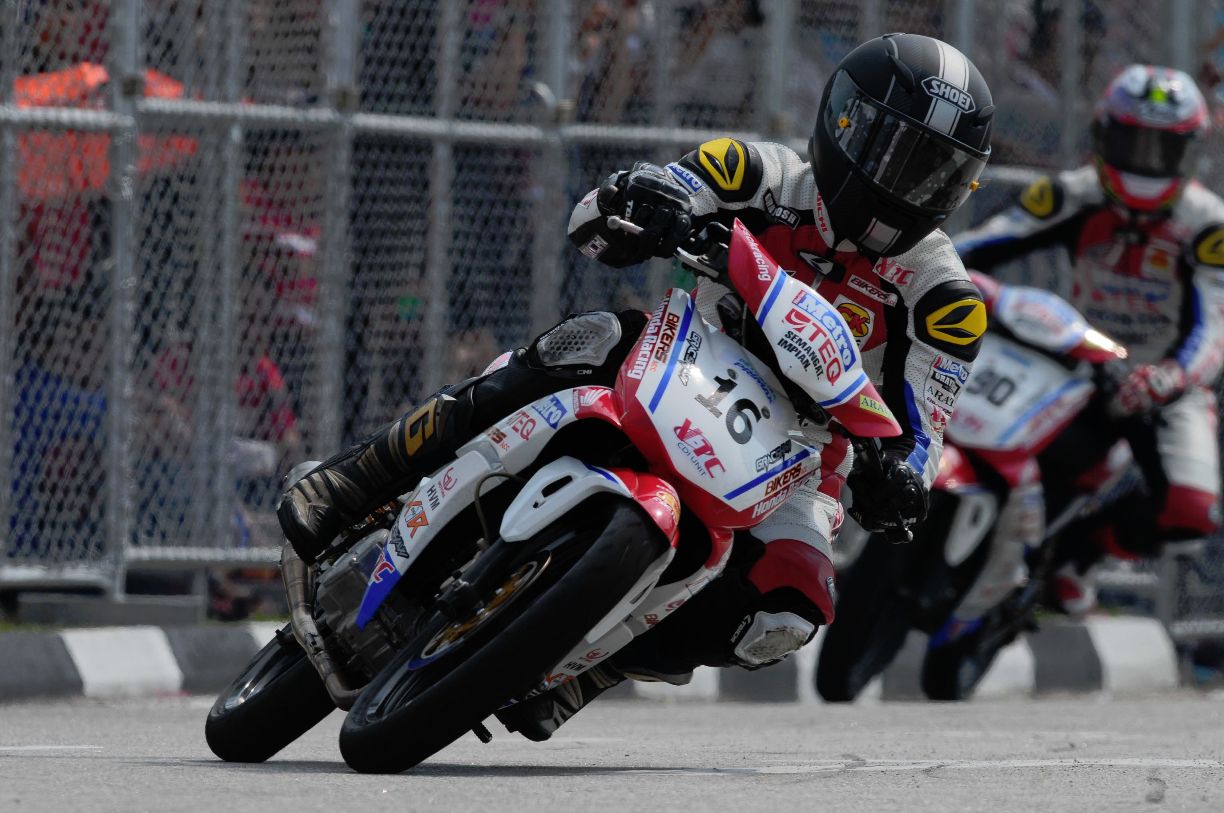 Elly who returned to the premiere class after spending a year in the intermediate CP115 started from second row after the SuperPole was called off due to an oil spill took victory in 16’17.765s ahead of Harian Metro Y-TEQ SCK Honda Racing teammate, Mohd Zamri Baba by 3.589 seconds. Abdul Muhaimin Roslan (PETRONAS Yamaha Maju Motor) denied SCK from conquering the podium steps as he overtook SCK rookie, Hafiz Nor Azman in the final lap to finish third with 16’22.058s.

SCK was hoping to make a clean podium sweep when all four riders, Norizman Ismail, Zamri, Elly and Hafiz dominated the first four laps but their plan fell apart when race leader, Norizman pitted in due to a broken exhaust. “Winning here in Batu Kawan came as a huge surprise. I still have a hard time believing it because to be perfectly honest, I did not expect to win here,” said an overjoyed Elly. 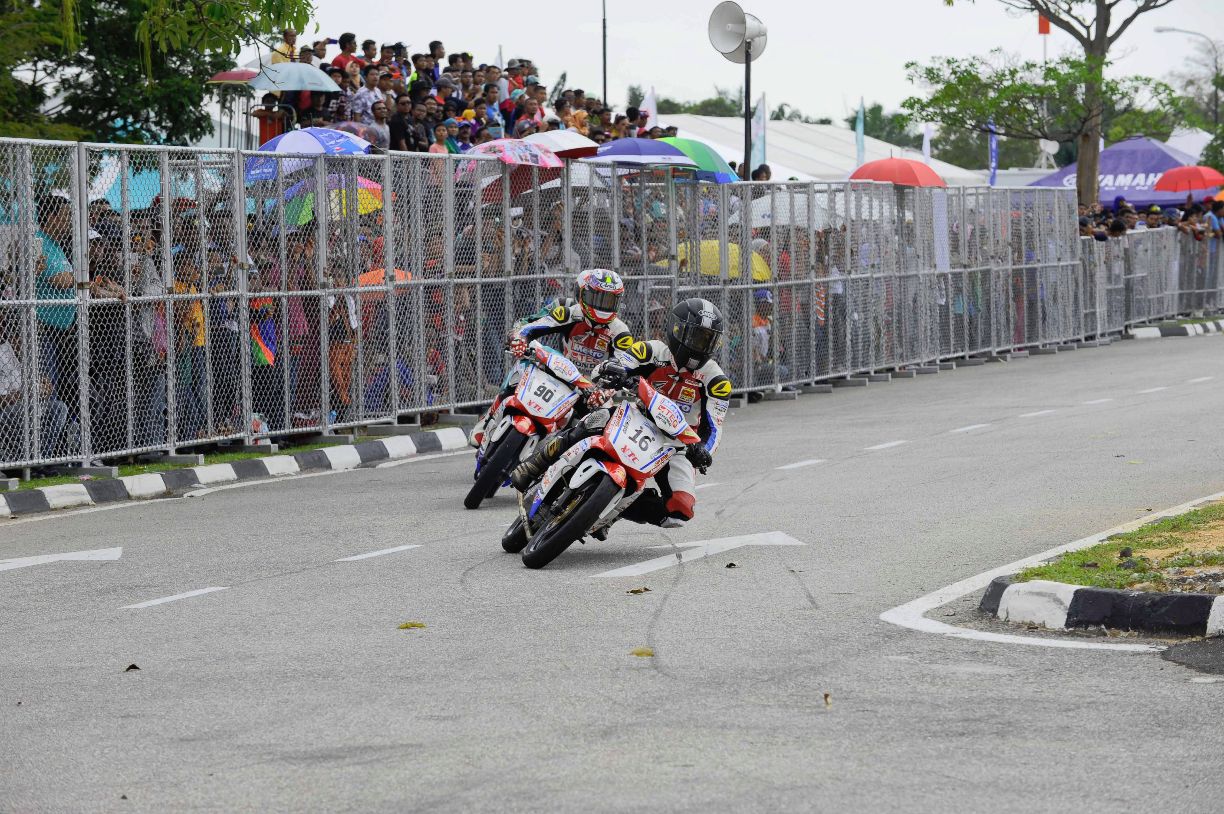 “But at the same time I feel bad that we failed to secure the top four positions. Our strategy was to dominate from start to finish and not to let anyone through but things went South when Norizman had to pit in. Nevertheless, I am pleased with the results and I’m glad to see at least one of my teammates is here with me on the podium today.” “I dedicate this win to the team who has worked endlessly to provide me with a perfect setup, my family and fans for their undying support,” he added. Hauling 25 points from this leg, Elly moves up to second overall in the CP130 standings while Zamri leads with 40 points. Ahmad Fazli Sham who finished 13th sits in third, 28 points. 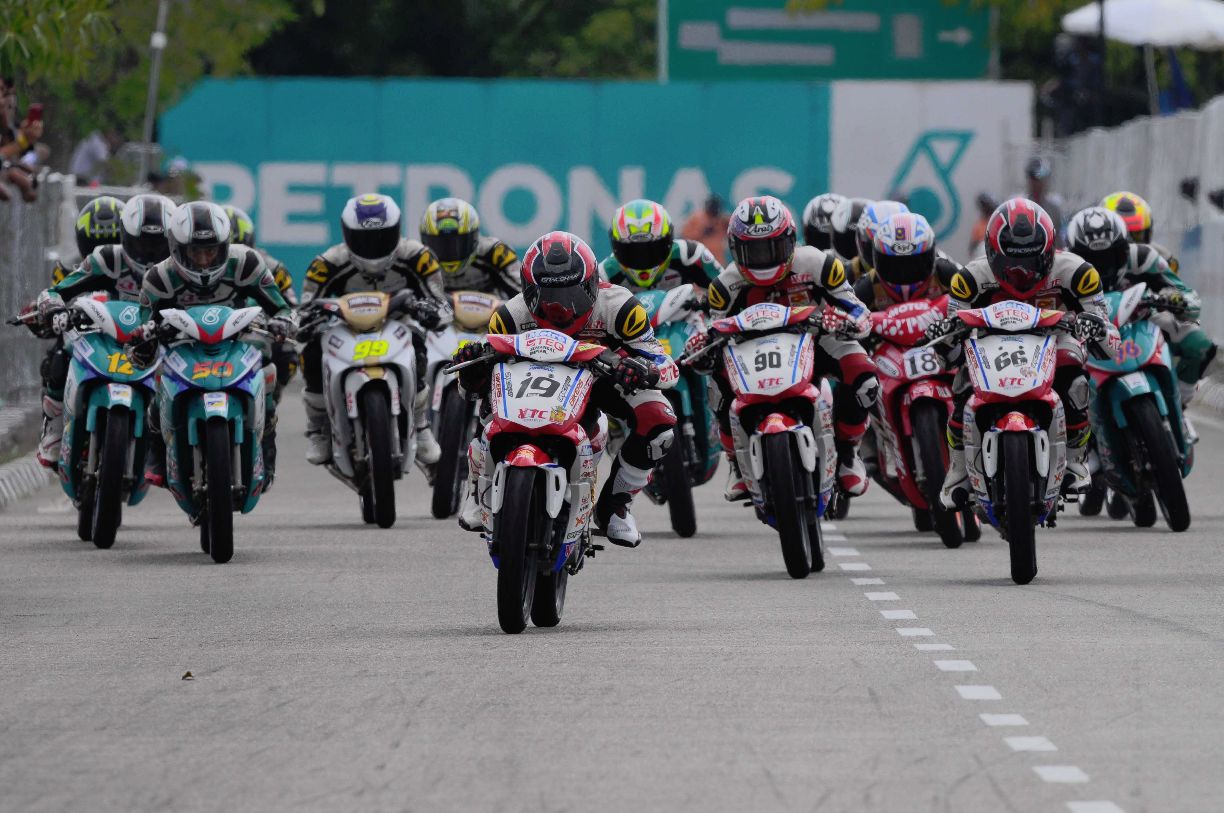 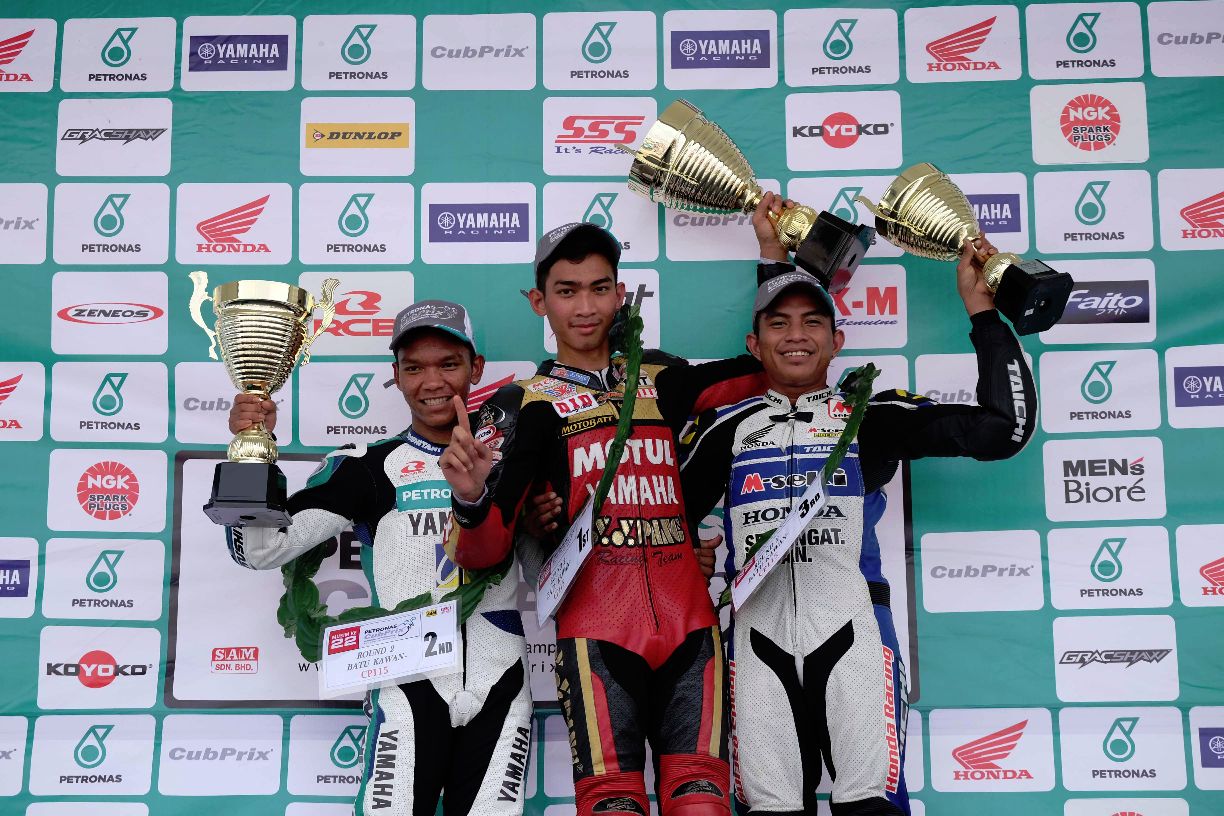 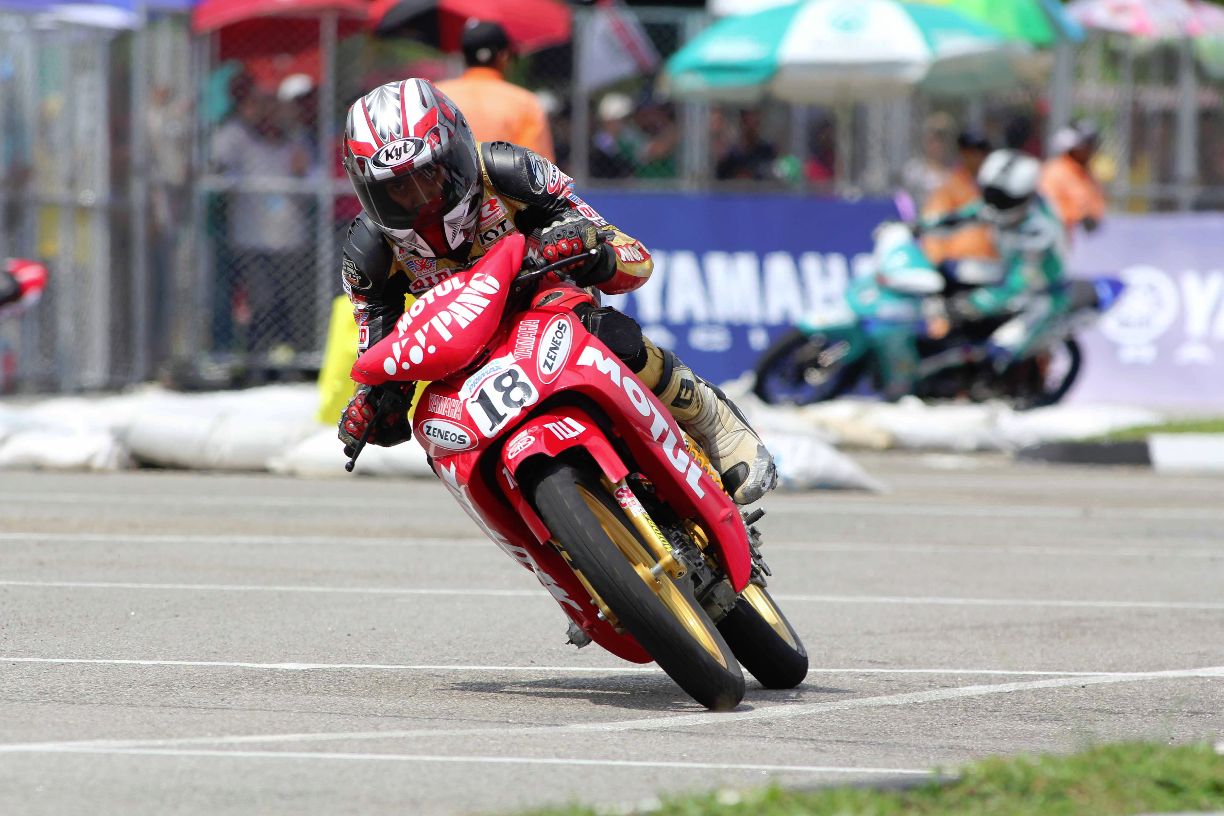 Lastly Harith Farhan Baharin secured his maiden victory for the season in the WIRA category at Batu Kawan. Earmarked to be the successor of Khairul Idham Pawi at the Kozi Yam Honda camp, Harith wrapped up the 12-lap race in 11’15.525s with a massive 12 seconds lead over his rivals. 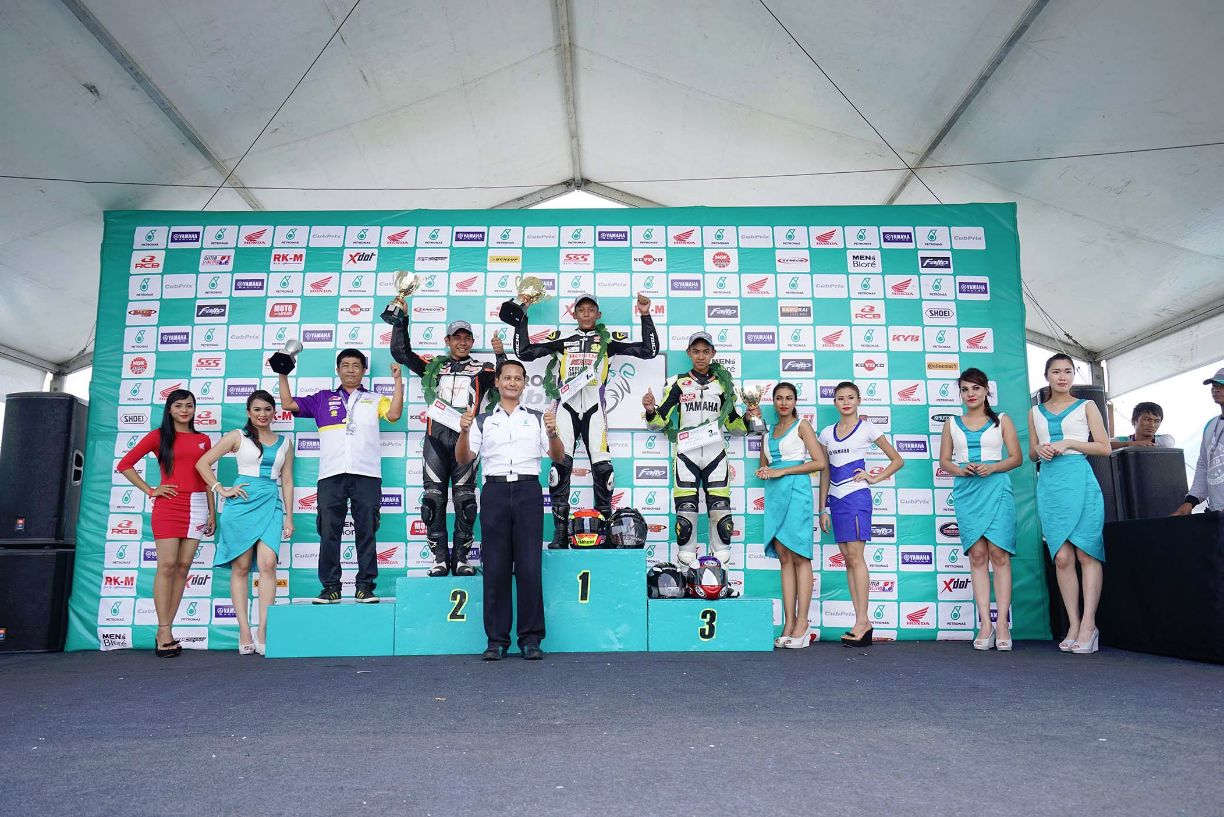 Temerloh winner, Saiful Izman Ahmad Zamani (Felda AFB Tech Cardinals Racing) came in second with 11’27.581s after struggling with mechanical issues while Khairul Ikhwan Ajis (Espada Wiliam Racing) rounded up the podium steps in 11’34.019s. Picking up 25 points from this leg, Harith is now locked in a tie with Saiful Izman on top of the WIRA standings with 45 points followed by Khairul Ihkwan third with 27 points. Round Three of the 2015 PETRONAS AAM Malaysian Cub Prix Championship will be held in Muar, Johor on May 1 and 2.