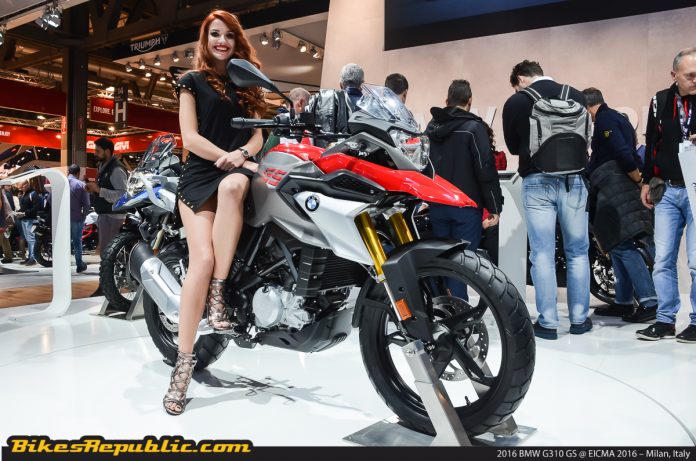 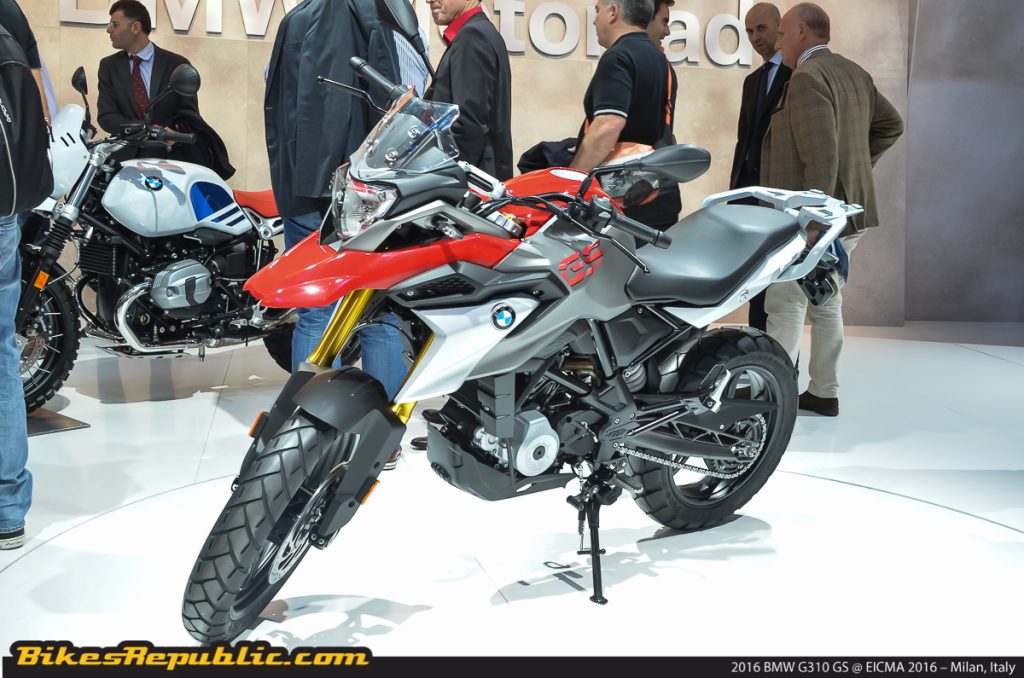 Retained here are the G310 R’s basic chassis architecture and liquid-cooled 313cc single-cylinder powetrain in this new adventure-styled offshoot. Headlining figures here stand at 34hp and 28.5Nm of peak torque, a ready to ride weight of 169.5kg, plus a seat height of 835mm – slightly taller than the G310 R base bike’s 785mm figure. 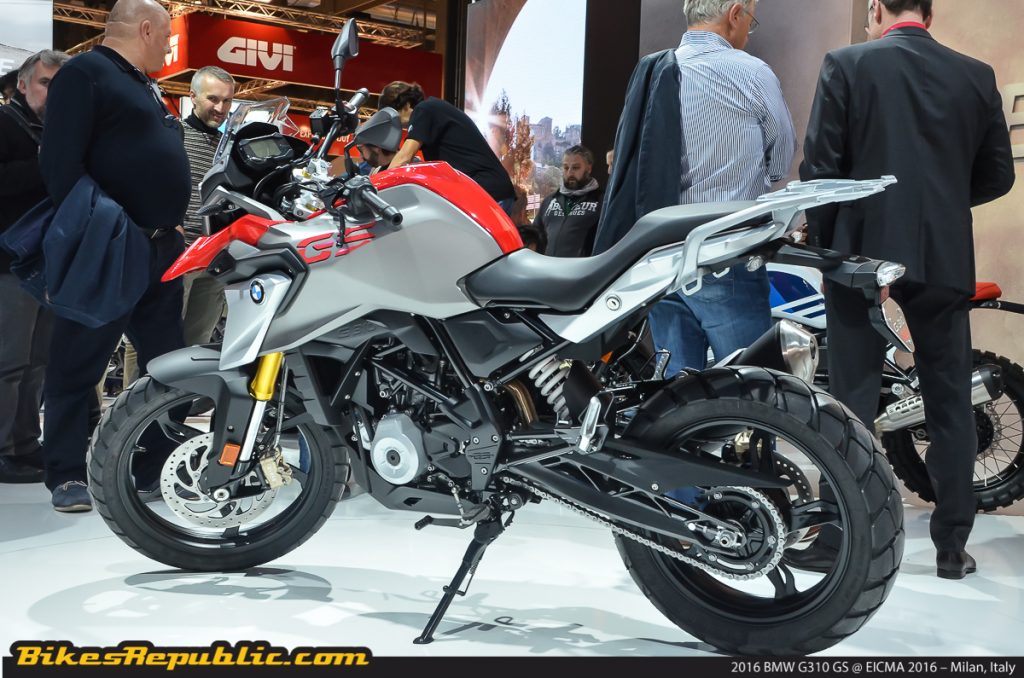 Key differences from the base bike can be seen the high-travel suspension comprised of 41mm fixed inverted front forks with pre-load adjustable rear monoshock assembly. The latter allows G310 GS to effortlessly manage a pillion or even an optional 30-litre top box that mounts easily on the standard rack assembly.

ABS is standard equipment, as is an LCD digital instrument panel. Notably, BMW has given the full adventure DNA treatment for this ‘baby GS’ by preparing a rich trove of optional accessories. Highlights include a 12-volt socket, heated grips, two additional seat height options (820mm and 850mm), luggage, a centrestand, plus satellite navigation and smartphone solutions. 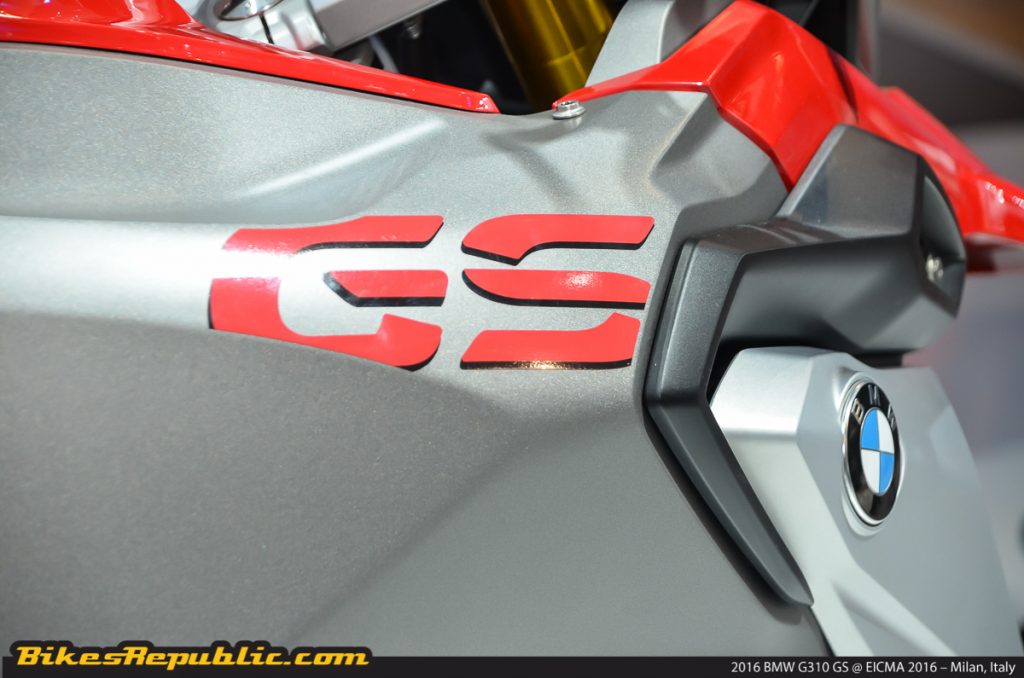