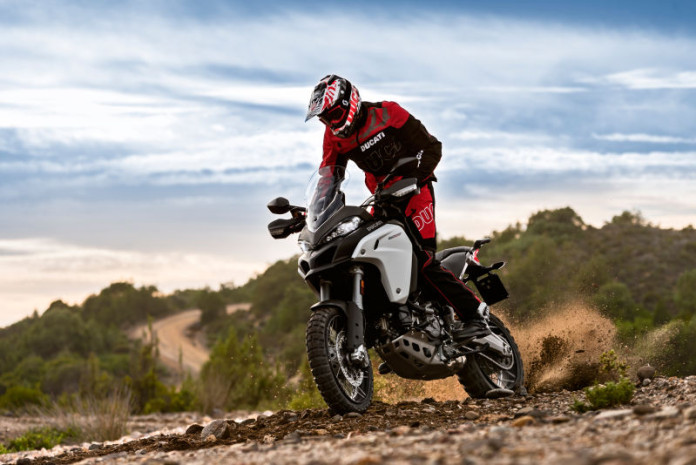 Ducati has released the first out of  of six promo videos which Ducati hopes will show how capable the Multistrada 1200 Enduro on any kind of terrain.

The first video, called ‘Enjoying off-road adventures’, is part of ‘The wild side of Ducati’ series which will also promote other models.

From what we can see, the promo video shows the Multistrada Enduro tackling motocross tracks and enduro trails at high speed in some exciting locations.

With five more videos to go, Ducati said that each promo will be released once in every two weeks.

Ducati said,  “Each of the three-minute episodes is emotion-packed and features highly spectacular images which recount the real essence of the Multistrada 1200 Enduro: a bike conceived to travel and be unstoppable on any kind of terrain.”